The Chevy Nova began life as the Chevy II for the 1962 model year, a small, basic economy car competitor for the Ford Falcon. The Nova moniker was among the finalists for the car’s name, but lost out as it did not start with the letter “C.” The Nova name was applied to top-of-the-line Chevy IIs. 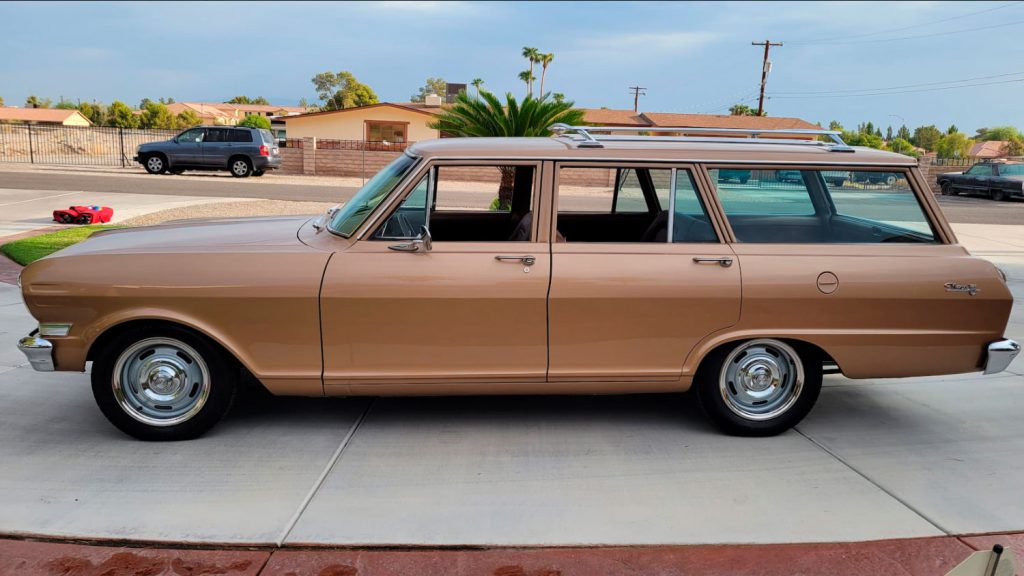 The Chevy II line could be had with the 153 cubic-inch inline four cylinder or the 194 cubic-inch inline six cylinder, both of which had overhead valves. There was no V8 engine available, either from the factory or as a dealer-installed option in 1962 or 1963.

Our feature 1963 Chevy Nova wagon has been driven fewer than one hundred miles since its “restification.” It has been upgraded with a modern LS engine and a 4L60E automatic transmission. The interior has been updated as well. 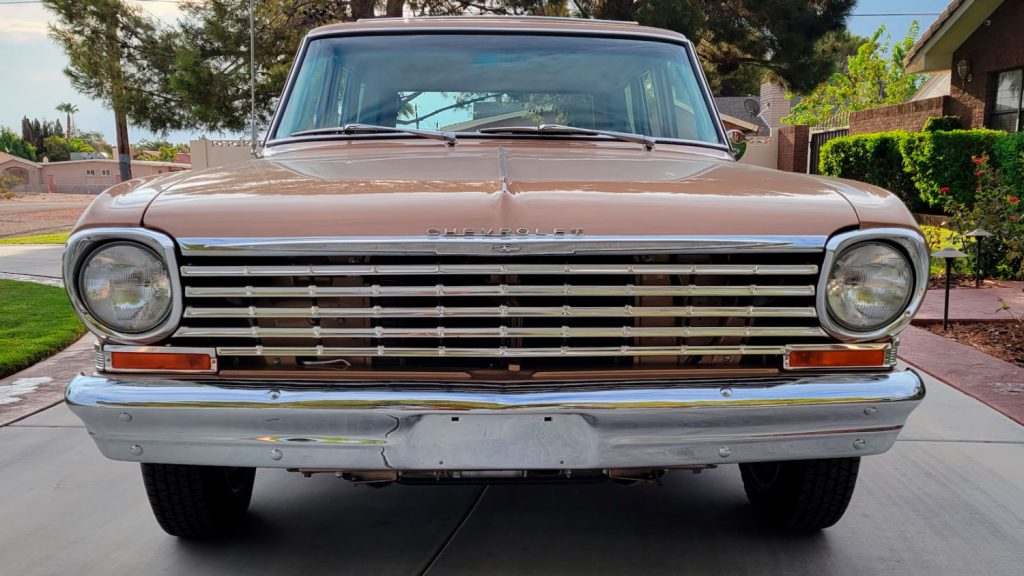 The Chevy Nova wagon’s exterior has been repainted in a glossy Bronze Mist metallic. The chrome looks to have been refinished, and the stainless trim is well polished. Side and rocker moldings have been eliminated for a much smoother look. Lightly tinted glass shows no nicks or wiper tracks. Short cap Rally wheels wear BFGoodrich blackwall radial rubber. Four-wheel power disc brakes tend to stopping duties. 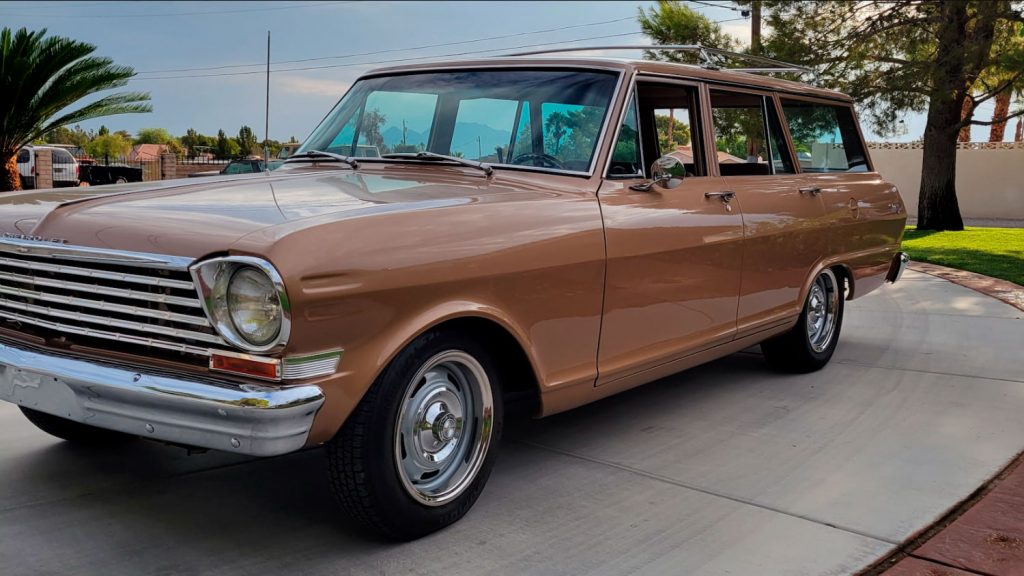 Inside, the Chevy Nova wagon has been treated to a full custom interior. Door panels, and front and rear bench seats are sculpted and covered in high-quality leather. A custom leather dash pad covers the dash. A full suede headliner has been fitted. Vintage Air keeps the cabin climate friendly. Dakota Digital VHX gauges reside behind the custom steering wheel. 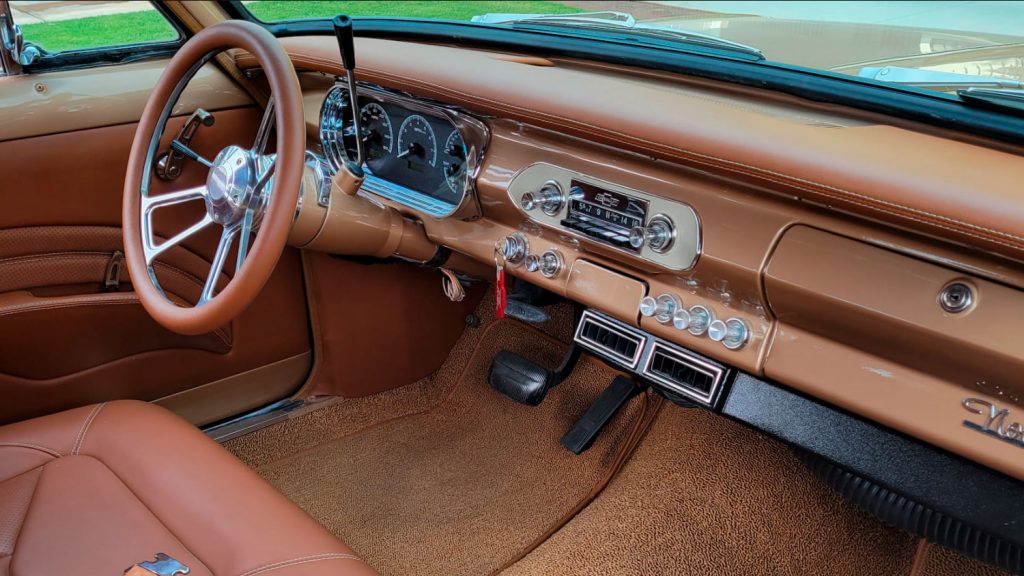 The engine bay is clean and tidy. The inner fenders and firewall have been repainted the same shade of Bronze Mist as the exterior. The modern 5.3-liter LS powerplant is backed by a 4L60E four-speed automatic transmission and a Ford nine-inch Positraction rear end with 3.73 gears. Power brakes and power steering by CPP have been fitted. 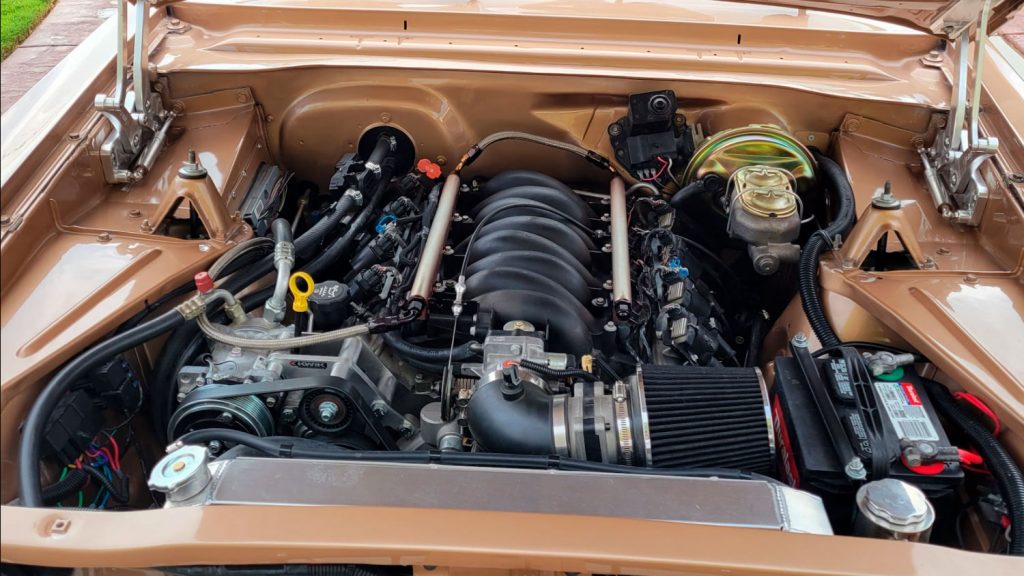 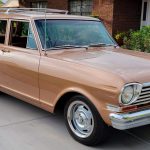 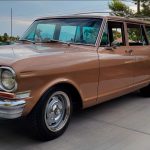 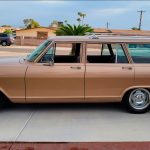 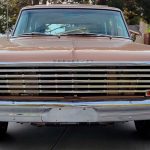 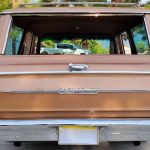 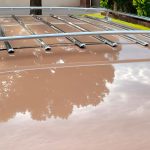 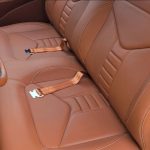 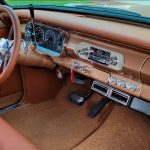 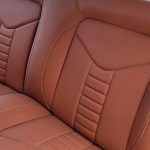 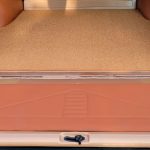 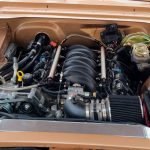