The upcoming 2023 Corvette C8 Z06 will introduce a bevy of performance upgrades for the latest mid-engine Chevy, including revised exterior features designed to make the C8 even more potent on the race track. Now, we’re taking an early look at the future Corvette Z06 with the following GM Authority rendering.

At this point, we have a pretty good idea what the new 2023 Corvette C8 Z06 will look like thanks to the bevy of spy photos and videos released thus far. As such, we’re digitally peeling back the camouflage to reveal the go-faster goodness in store underneath.

From the off, the upcoming 2023 Chevy Corvette Z06 is wider, lower, more aggressive than the C8 Stingray, with larger front intakes and a prominent front splitter. The corners of the front bumper also sport large dive planes similar to those found on the C8.R race car, as well as those on the 2019 Corvette ZR1, Camaro ZL1 1LE, and Cadillac CT4-V Blackwing. Also notice the front bumper’s large brake cooling elements. 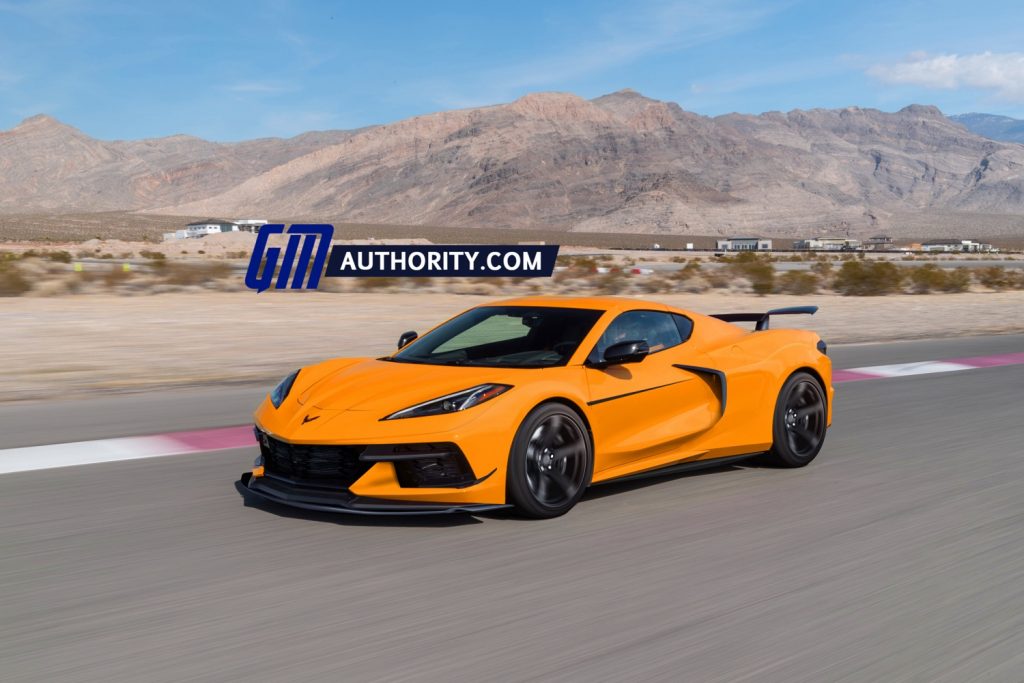 Viewed in profile, the Corvette C8 Z06 rides on a set large five-spoke wheels, with customers possibly offered the option for carbon fiber units. Vents are placed above the front wheels, while a body side pinstripe adds a little custom flair. The profile also reveals extended side rockers and wider rear fenders, while the “boomerang” side intakes are more aggressive.

The rear of our rendering incorporates the massive rear wing that GM Authority was the first to report on way back in January of 2020. Below the wing is a new rear diffuser, plus four rounded center exhaust pipes and other assorted vents. 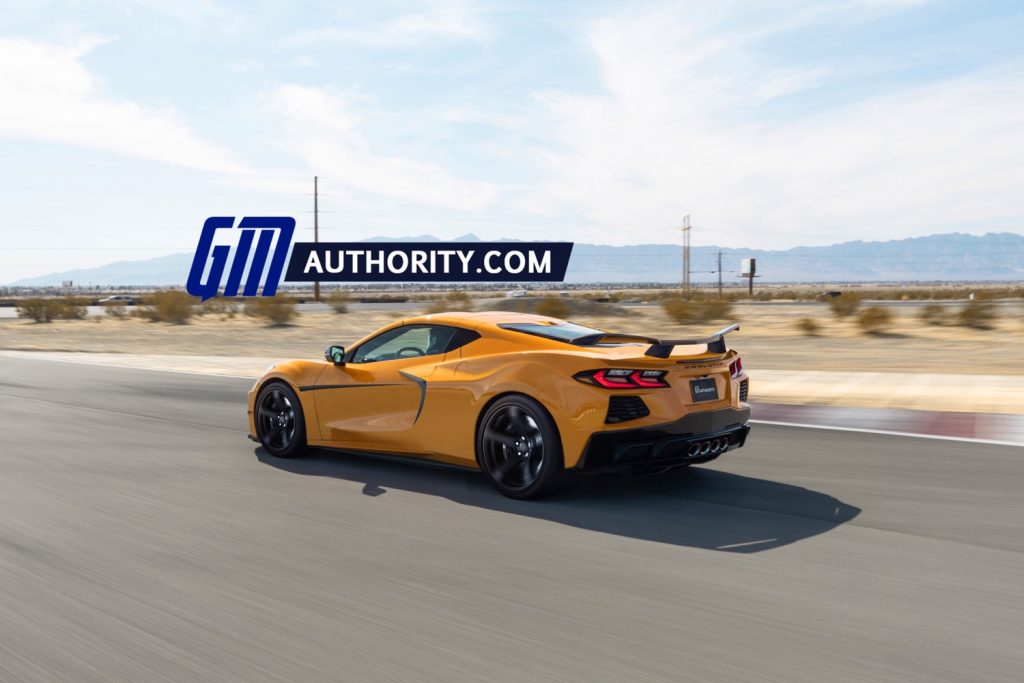 The heart of the 2023 Corvette C8 Z06 will be the high-strung, DOHC, flat-plane crank, naturally aspirated 5.5L V8 LT6, producing roughly 615 horsepower and close to 500 pound-feet of torque. Output will be routed through an eight-speed dual-clutch automatic transmission.