The 1964 model year introduced a new option package for the Pontiac Tempest. It featured a 389 cubic-inch Pontiac V8 in place of the standard 326, in direct contradiction of GM’s corporate policy that limited engine displacement in the A-Body intermediate platform to 330 cubic inches. Pontiac managed to skirt the rule by saying the engine was offered as an option. Pontiac Chief Engineer John Z. DeLorean dubbed it the Pontiac GTO, “borrowing” the name from the legendary Ferrari grand tourer. 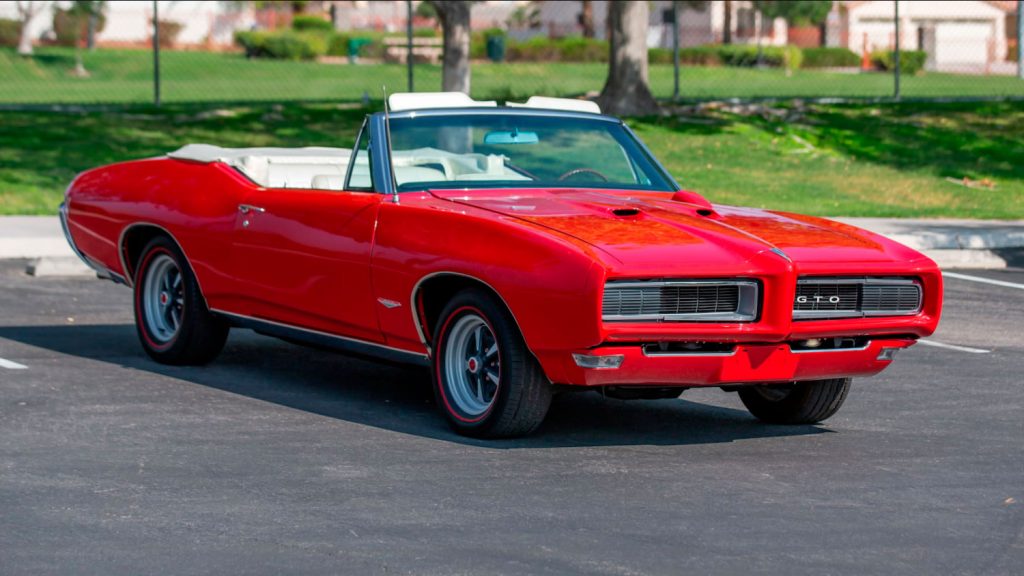 For the 1966 model year, the GTO became its own model. In 1968, the second-generation GTO bowed with a full redesign. The GTO shrunk somewhat, with a shortened wheelbase, overall length, and lower height. Headlights were no longer stacked, but laid out horizontally. The front end lost the chrome front bumper, replaced by the body-colored Endura flexible impact bumper. 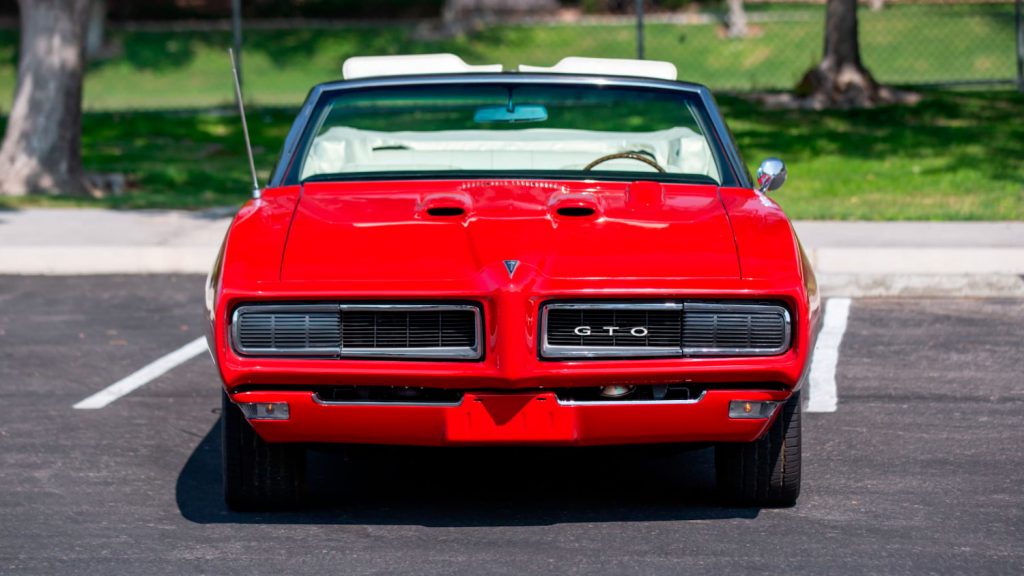 Our feature 1968 Pontiac GTO is powered by a 400 cubic-inch V8 topped by a four-barrel carb fed by Ram Air induction. It is claimed to be one of twenty-two GTO convertibles produced with a Ram Air engine and automatic transmission. It is finished in a brilliant red with white interior and white soft top. 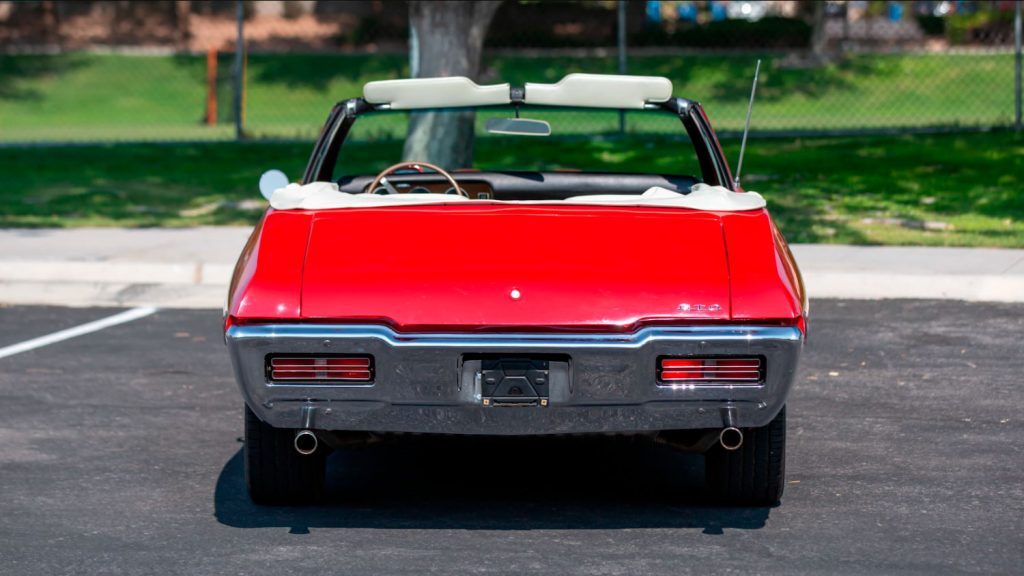 The reproduction window sticker for the Pontiac GTO shows the color as Solar Red, which is a deeper color than the car’s finish. The paint here looks much closer to special order Carnival Red. It appears to have been done to a high standard. Panel gaps look to be presentable. Brightwork presents well, with no signs of patina noted. Pontiac steel Rally II wheels wear redline radial rubber. The white vinyl convertible top is bright and fits well, with no excessive wrinkling. 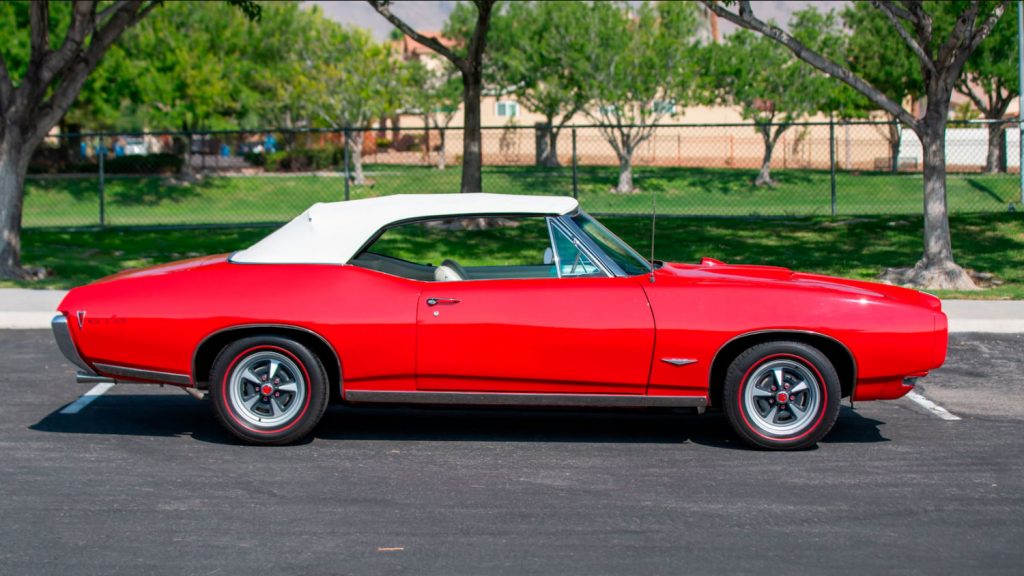 Inside the Pontiac GTO is white with black carpets. The loop-style carpet is colorfast, with no fading or wear noted. Seats and door panels are brilliant in the sunlight, matching the top well. This Goat is equipped with a pushbutton radio/8-track player, hood-mounted tachometer, console, power steering, and power brakes. 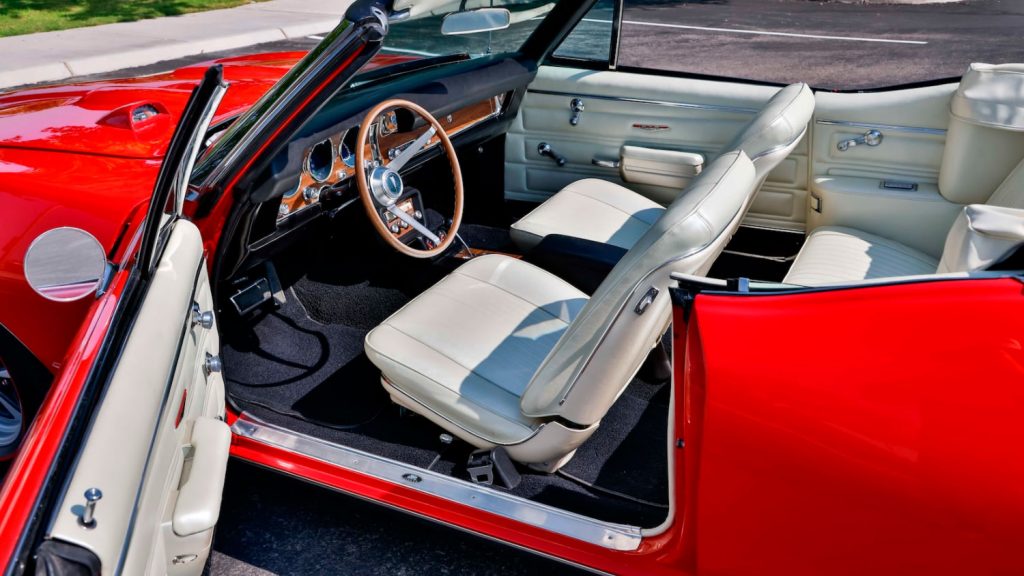 The engine bay of the Pontiac GTO is reasonably clean. The foam Ram Air seal is not crushed. The 400 cubic-inch engine is dressed with chrome valve covers. Backing the Ram Air mill is a Turbo-Hydramatic three-speed automatic transmission moving power to the Saf-T-Track rear end. 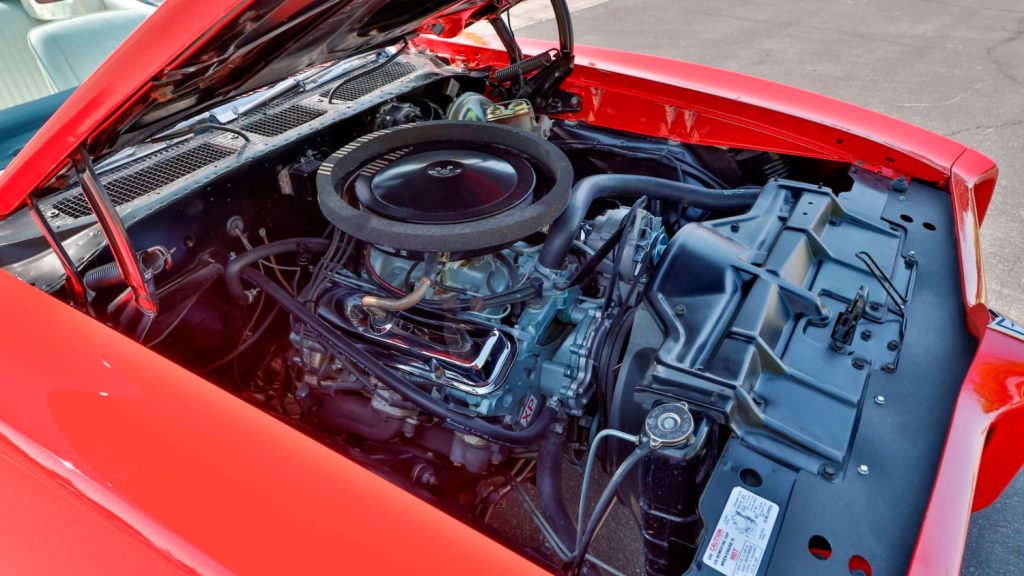 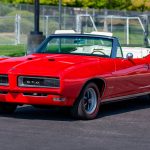 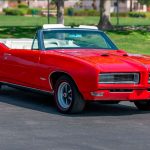 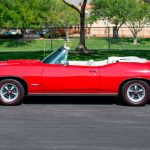 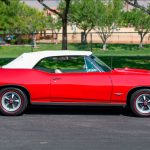 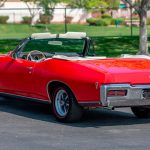 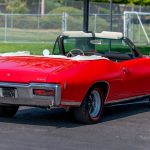 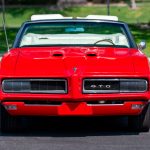 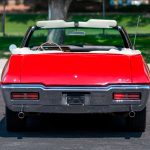 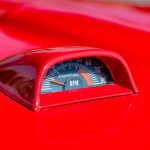 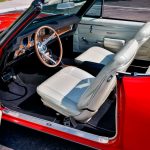 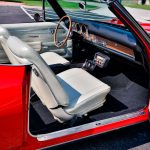 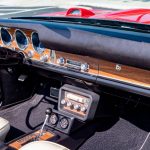 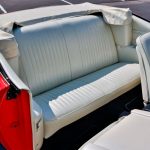 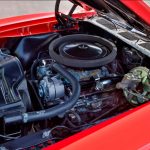 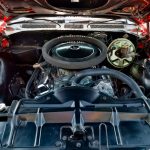 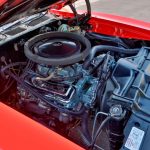