The Chevy Nova began life as the Chevy II for the 1962 model year, a small, basic economy car competitor for the Ford Falcon. The Nova moniker was among the finalists for the car’s name, but lost out as it did not start with the letter “C.” The Nova name was applied to top of the line Chevy IIs. 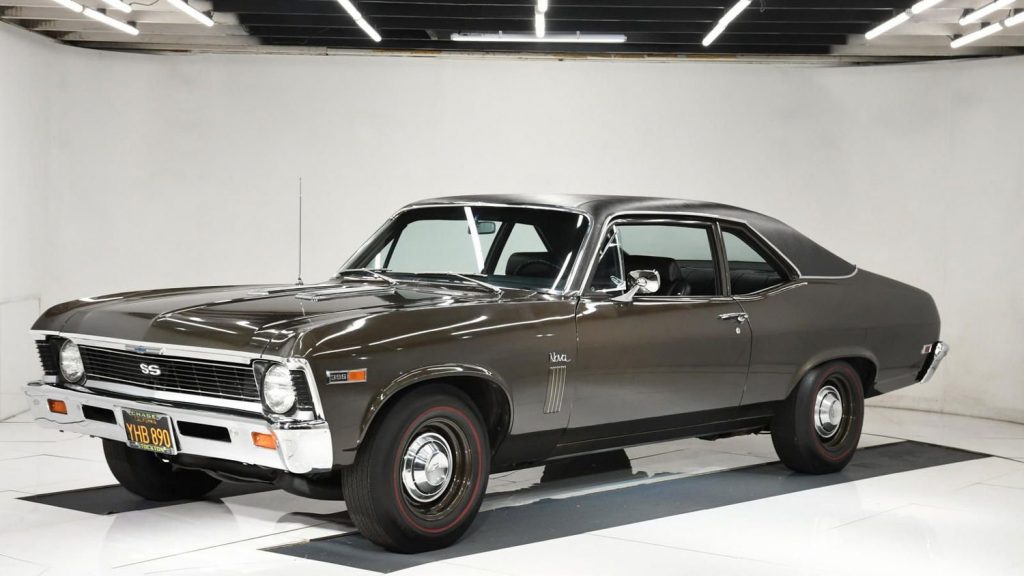 For the 1969 model year, the Chevy II name was ushered out, and the car became simply the Chevy Nova. The previous year, the Nova had received a clean-sheet redesign with a longer 111-inch wheelbase, just an inch shorter than the midsize Chevelle two-door hardtop. Power brakes and steering were available options, as well as air conditioning, rear shoulder belts, and headrests. 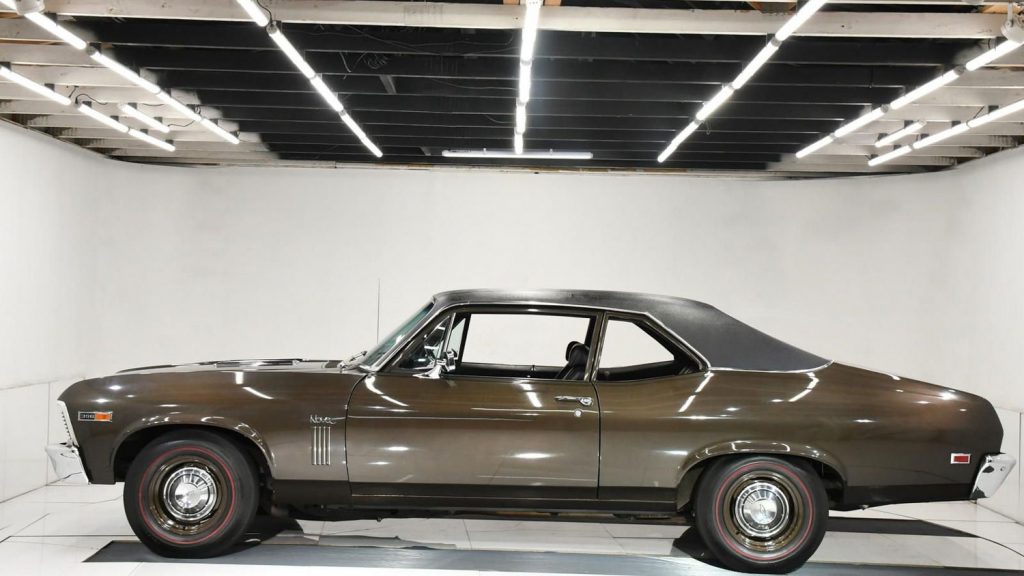 There were a number of Small Blocks available, including the 300-horsepower 350 cubic-inch V8 that came standard in the Nova SS, but nothing else came close to the car Hot Rod magazine called “The Ultimate Street Sleeper,” the 375-horsepower 396 cubic-inch L-78 Big Block-equipped Chevy Nova. 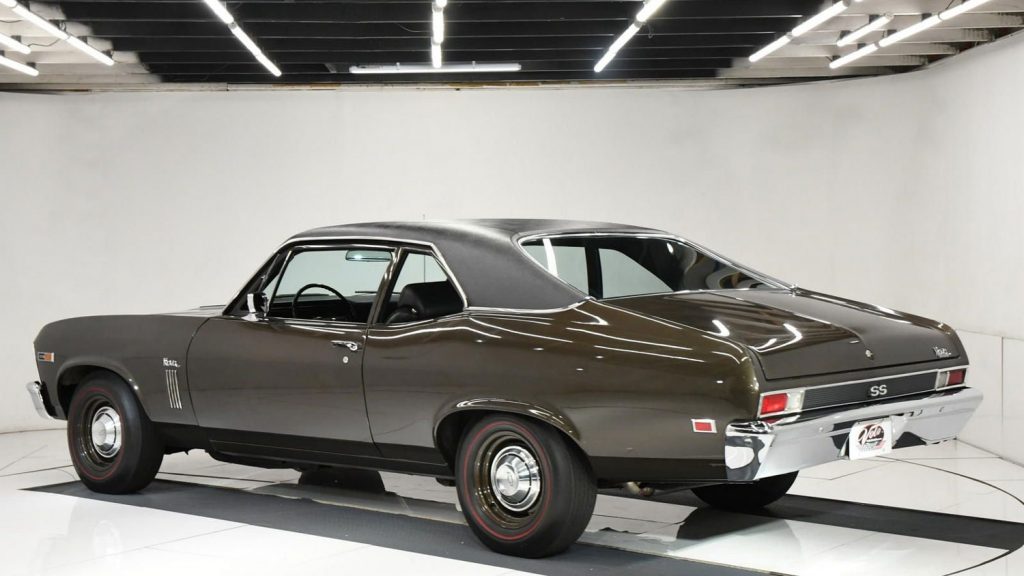 Our feature 1969 Chevy Nova L-78 396 is a documented survivor car with only 21,100 miles from new. It is a matching-numbers car, with original engine, transmission, and rear differential. It still wears its original factory finish in Burnished Brown Poly. It was delivered new to Chase Chevrolet in Stockton, California, as confirmed by National Corvette Restorers Society shipping report, and it still wears California black license plates. It is accompanied by an original build sheet, vintage pictures, and full ownership history. 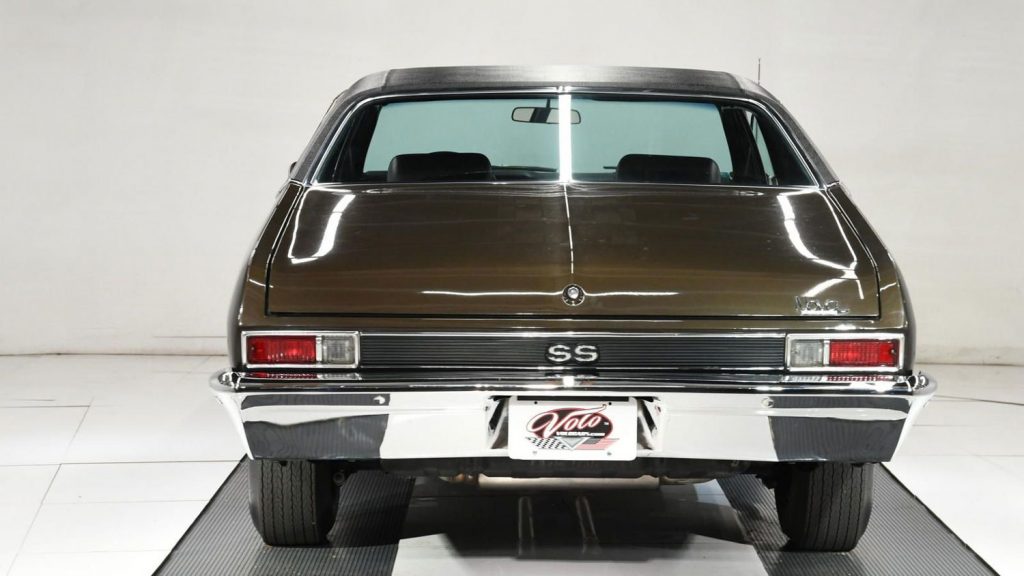 The exterior of the Chevy Nova is as it left the factory, never having been altered. The body panels fit flush, with consistent panel gaps. Only small sections of the body have been repainted, with most of the original paint intact. Chrome and stainless trim is bright, well polished. The weatherstrip is original, glass is clear, and the headlights are all the correct T-3s. Painted steel wheels wear dog dish caps and are wrapped in Firestone Wide Oval redline reproduction tires. 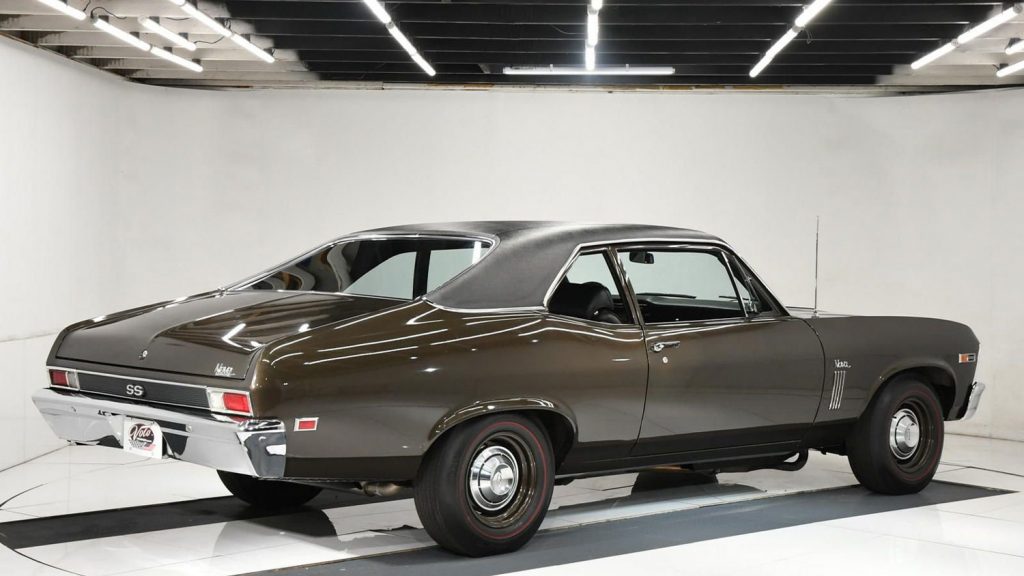 Inside the Chevy Nova is as it left the dealership. The front bucket seats, back seat, and interior panels are covered in black vinyl that shows no appreciable wear. Original black rubber mats protect the carpets which retain their color, with no fading noted. There are no cracks in the dash pad, and the gauges are all clear. The lighter shows no signs of use. There are auxiliary Stewart Warner gauges mounted beneath the dash. 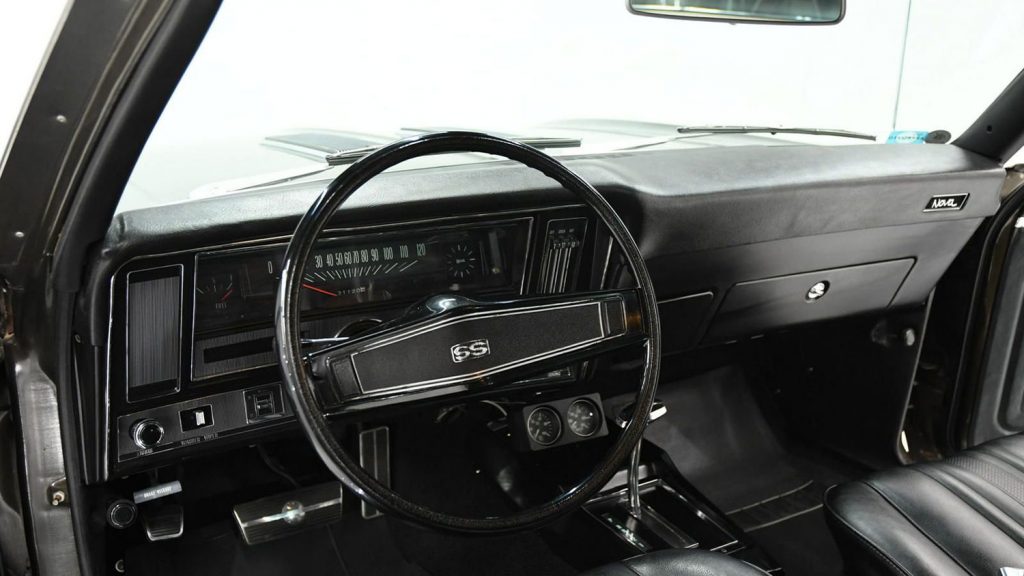 In the detailed engine compartment is the legendary L-78 396 cubic-inch Big Block V8, with rectangle port heads, aluminum intake, Holley four-barrel carb, solid lifters, and high-compression pistons, producing 375 angry horsepower. The engine is verified matching numbers, and the only things that have been replaced are the water pump and one motor mount. Backing the 396 is the three-speed Turbo-Hydramatic automatic transmission moving power to the twelve-bolt Positraction rear end with 3.55 gears. Cooling the Big Block is the original ZE-code radiator. The Nova is equipped with power steering and brakes. 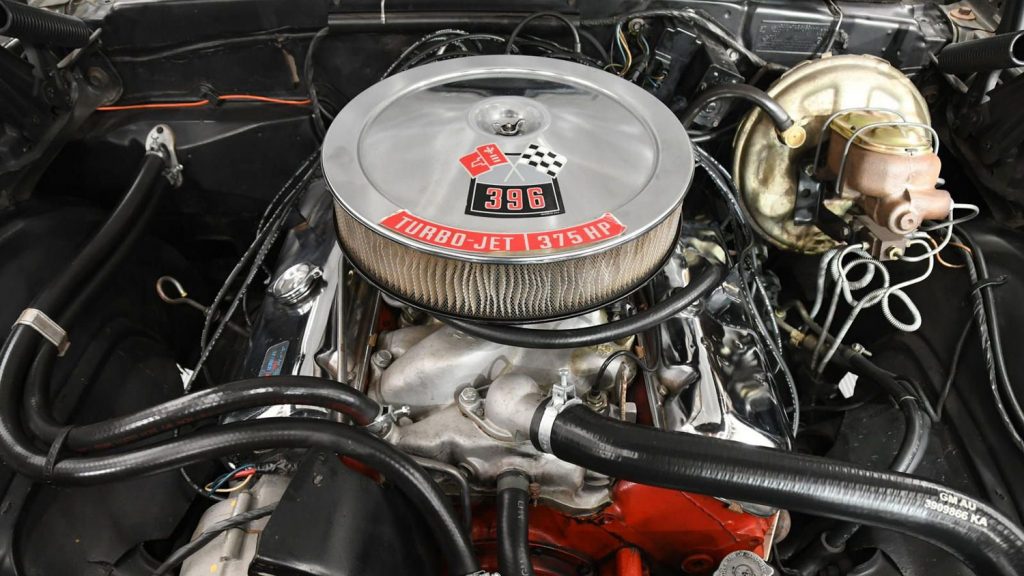 This Chevy Nova has been featured in several publications including the Nova Times, Muscle Car Classics, Muscle Car Review, and Super Chevy. It is being offered by Volo Auto Sales for $81,998. 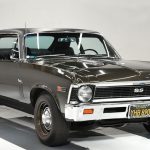 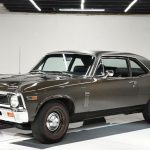 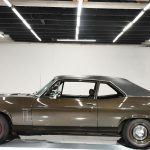 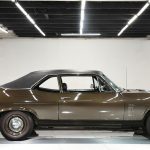 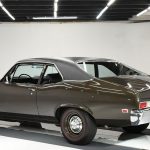 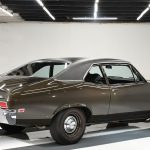 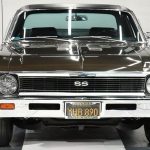 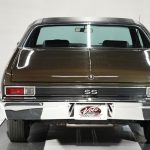 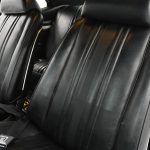 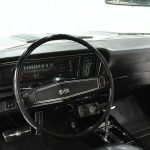 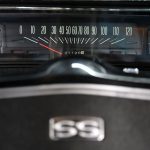 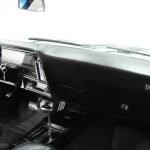 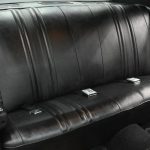 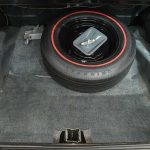 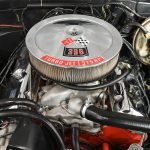