Chevrolet debuted the Chevy K5 Blazer for the 1969 model year as a competitor to the Ford Bronco and International Harvester Scout. Built on a shortened K10 half-ton truck platform, the K5 Blazer was larger than either the Scout or the Bronco. Initially offered only as a 4×4, the Blazer would be available in two-wheel drive configuration beginning with the 1970 model year. The first generation of the K5 Blazer ran from 1969 to 1972. 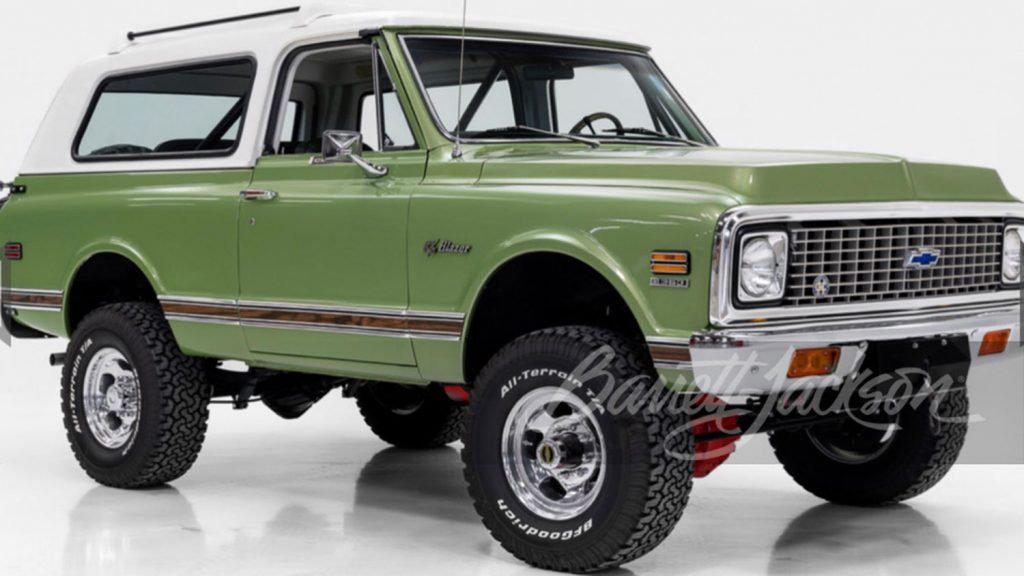 Our feature Chevy K5 Blazer Cheyenne has had a frame-off restoration. It is finished in Medium Olive Green with and Olive vinyl interior. The finish appears to have been done to a high standard, with ample care given to preparation as well as application. Fit and finish are better than new, with particular attention paid to the panel gaps. The glossy appearance is suggestive of a high-quality base coat/clear coat paint job. Chrome and stainless present brilliantly, especially high gloss door sill trim. The full hardtop has been refinished in correct white. A Hickey swing-away tire and jerry can carrier has been mounted on the back. Oval-slot polished mags wear oversized, raised white-letter 33×16.5-inch BFGoodrich All Terrain rubber. A Hickey Sidewinder winch is mounted behind the front bumper with a slot for the hook and cable. 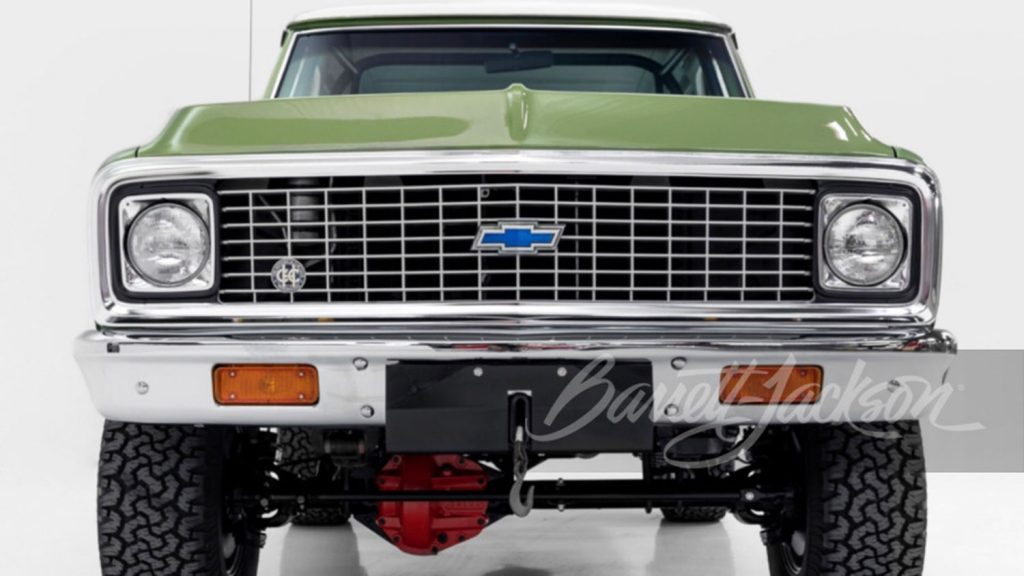 Inside the Chevy K5 Blazer, the seats have been recovered with correct pattern Olive green vinyl. Fresh carpet covers the floors, with no signs of wear or use to be found. The dash and doors have been repainted the same Medium Olive hue as the exterior. The stainless and chrome trim are positively brilliant, with no buff marks or scratches to be found. A six-point rollbar has been fitted inside the Blazer, no doubt adding a bit of rigidity, as well as safety. The Blazer is equipped with air conditioning, tinted glass, gauge package, power steering, AM push-button radio, roof rack, and a soft top. 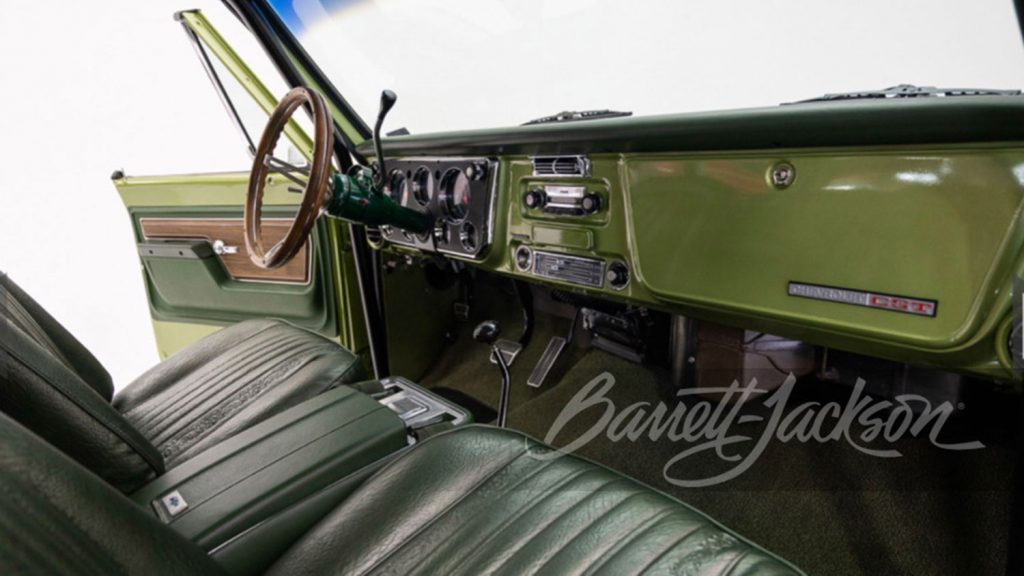 Under the hood of the Chevy K5 Blazer is the original 350 cubic-inch Small Block 350, freshly rebuilt. It is backed by an upgraded 700R4 four-speed automatic transmission. The engine bay is clean and largely correct, with fresh finishes throughout. 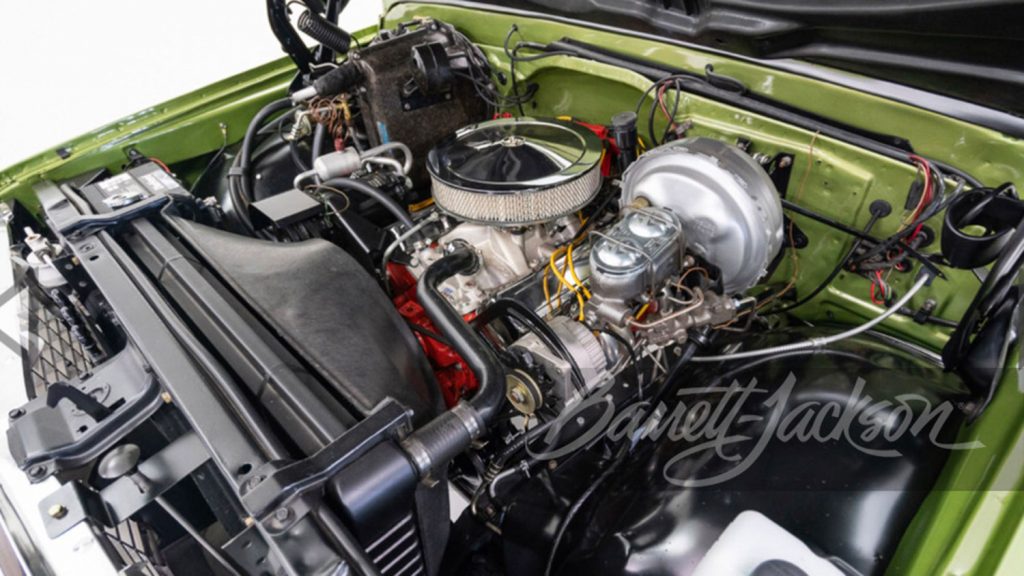 The Chevy K5 Blazer’s undercarriage presents as nearly new. Most of the finish is done in an even matte black, with a bright orange front ARB Locker. The front axle is a Dana 60 with limited slip, and the rear is a fourteen-bolt with Detroit Locker 4.56 gears. The Blazer has had a two-and-a-half inch lift kit installed. Factory skid plates protect the underside. 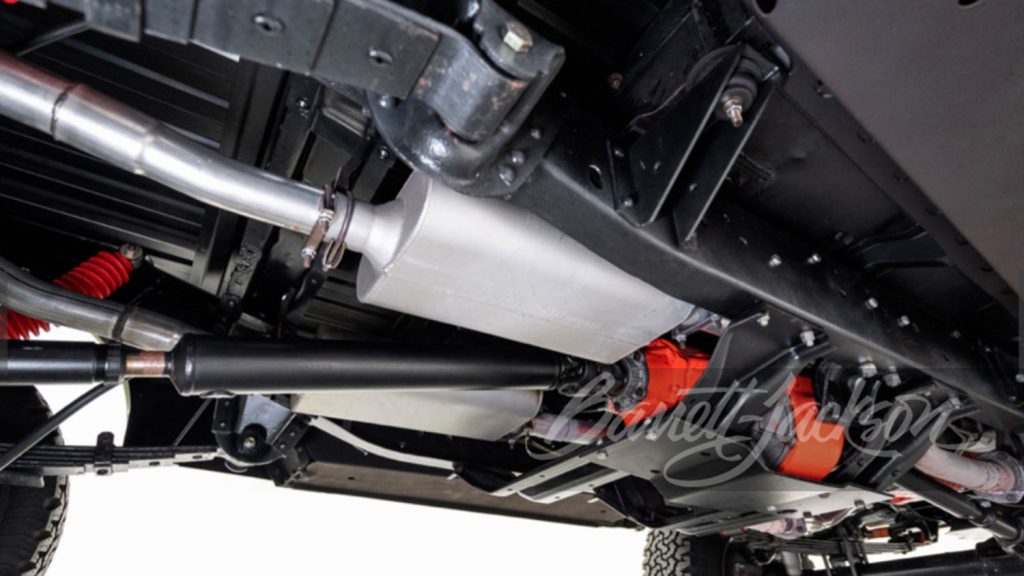 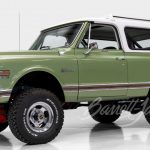 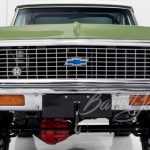 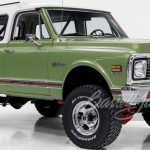 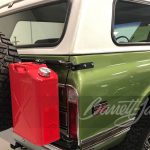 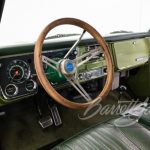 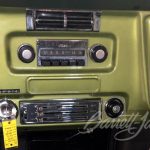 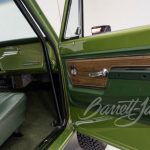 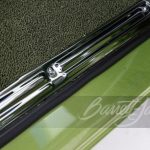 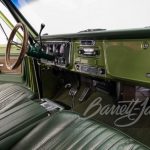 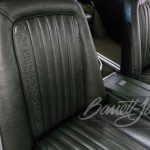 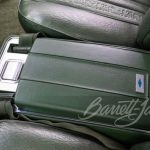 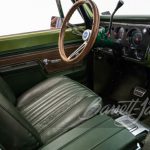 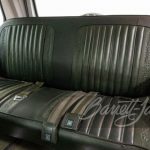 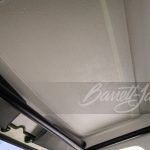 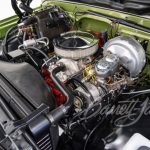 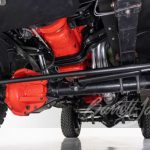 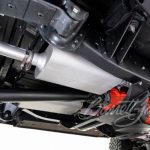 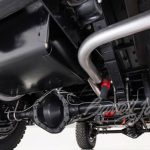