Stellantis has pulled the wraps off of the redesigned 2022 Jeep Grand Cherokee, which will serve as a direct rival to the Chevy Blazer and GMC Acadia once it begins arriving at dealerships in the fourth quarter of this year. 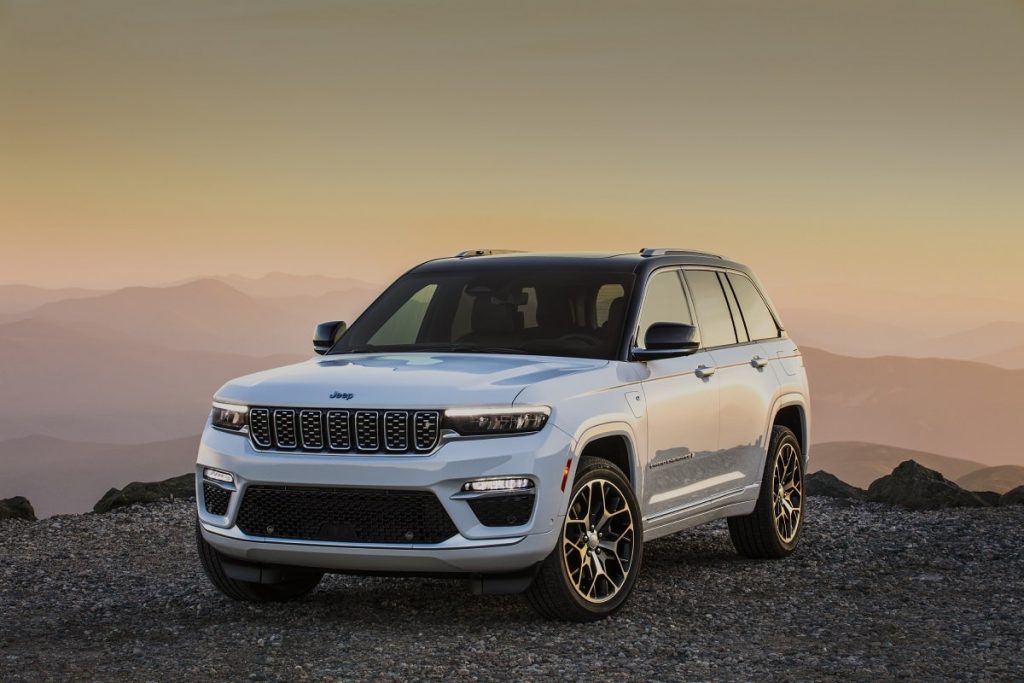 Crucially, this new 2022 Jeep Grand Cherokee ditches the previous model’s WK2 platform for an all-new flexible architecture that promises to offer added refinement and comfort. The new platform has also enabled Stellantis to offer both a two-row Grand Cherokee and an extended wheelbase, three-row Grand Cherokee L model for larger families – the latter of which debuted earlier this year.

While the nameplate has gained a new platform, the base model sticks with the same entry-level 3.6LPenstar V6 engine, which is rated at 293 horsepower and 260 pound-feet of torque. Stellantis’ familiar 5.7L HEMI V8 engine also returns, producing 357 horsepower and 390 pound-feet of torque. Models with the V6 engine have a towing capacity of 6,200 pounds, while V8 models up the ante with a max tow rating of 7,200 pounds. Both engines pair to an eight-speed automatic transmission. 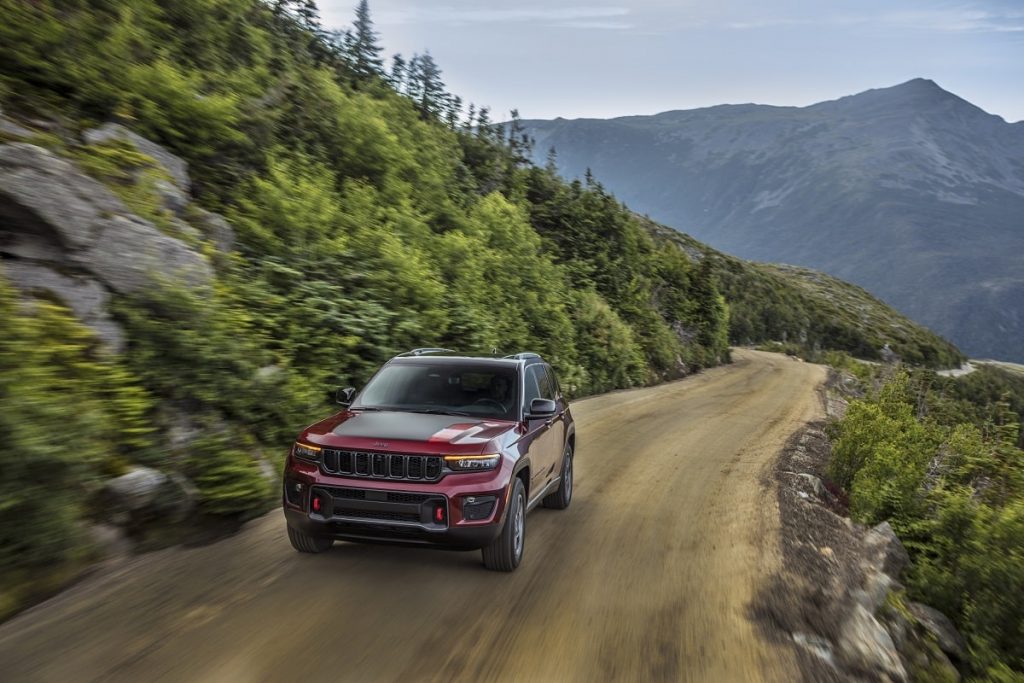 Starting from early 2022, the Jeep Grand Cherokee will also be offered with a 4XE plug-in hybrid powertrain consisting of a turbocharged 2.0L four-cylinder engine, two electric motors and an eight-speed automatic transmission. The 4XE will have a maximum combined power output of 375 horsepower and 470 pound-feet of torque, along with an estimated all-electric driving range of 25 miles and a combined fuel economy rating of around 57 MPGe. These models will also come equipped with Jeep’s Quadra Trac II 4×4 system with a two-speed transfer case and will boast a max tow rating of 6,000 lbs. 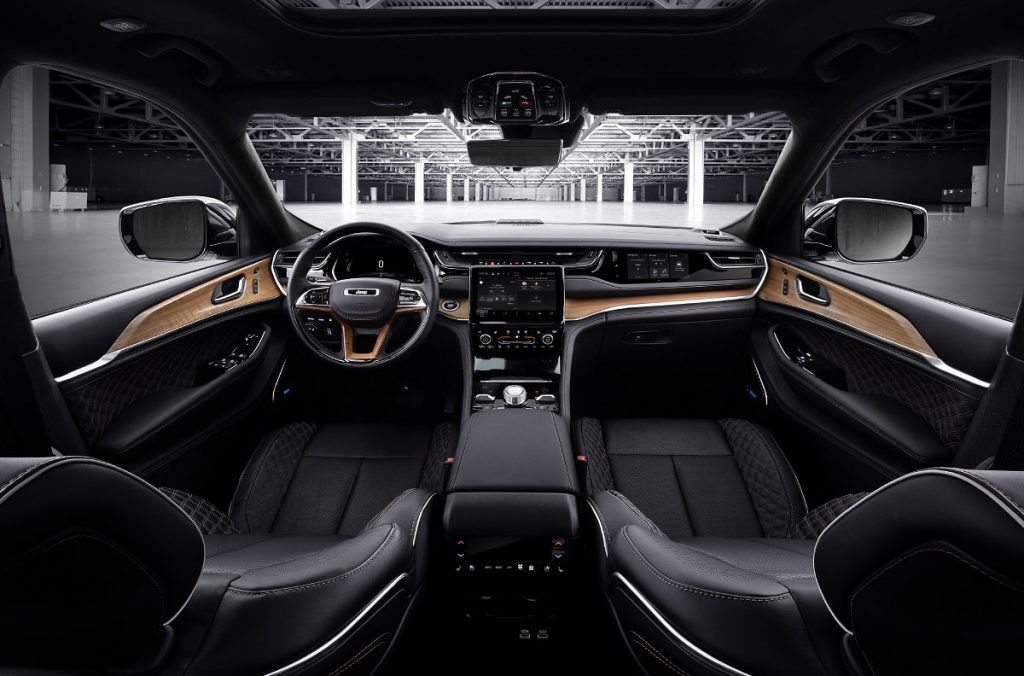 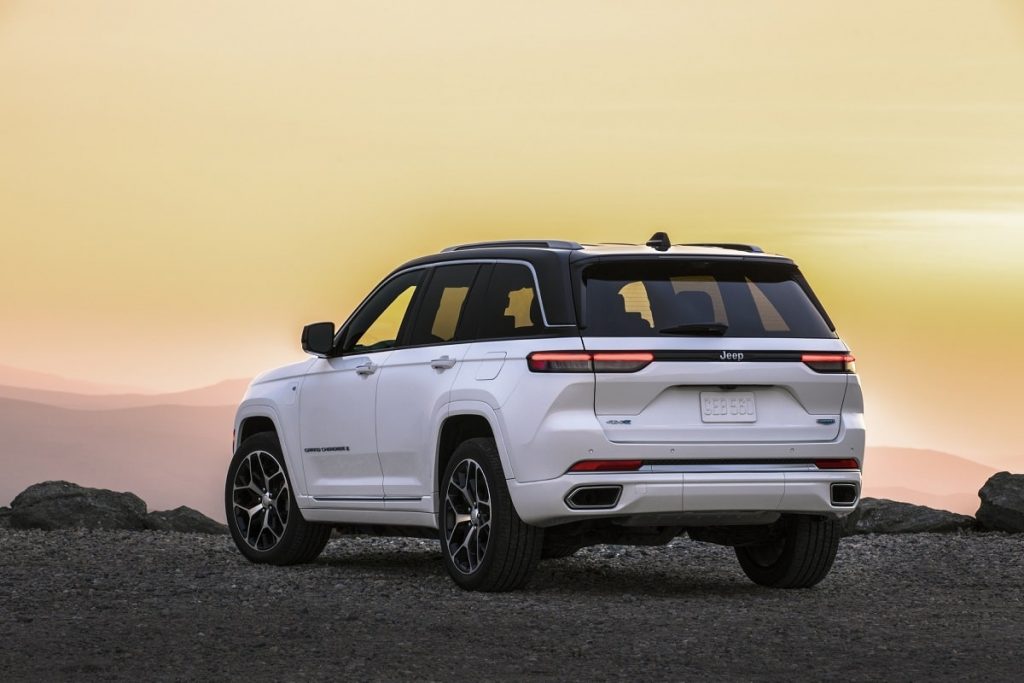 Look for the 2022 Jeep Grand Cherokee Trailhawk to begin arriving at Jeep dealers in the U.S. later this year.