High-end drift cars need a lot of power to keep the tires spinning, getting sideways at astonishing speeds and maintaining impressive angles thanks to an excess of ponies under the hood. Such is the case for the C6 Corvette featured in the following brief video, sourcing motivation from well-known tuner Lingenfelter Performance Engineering. 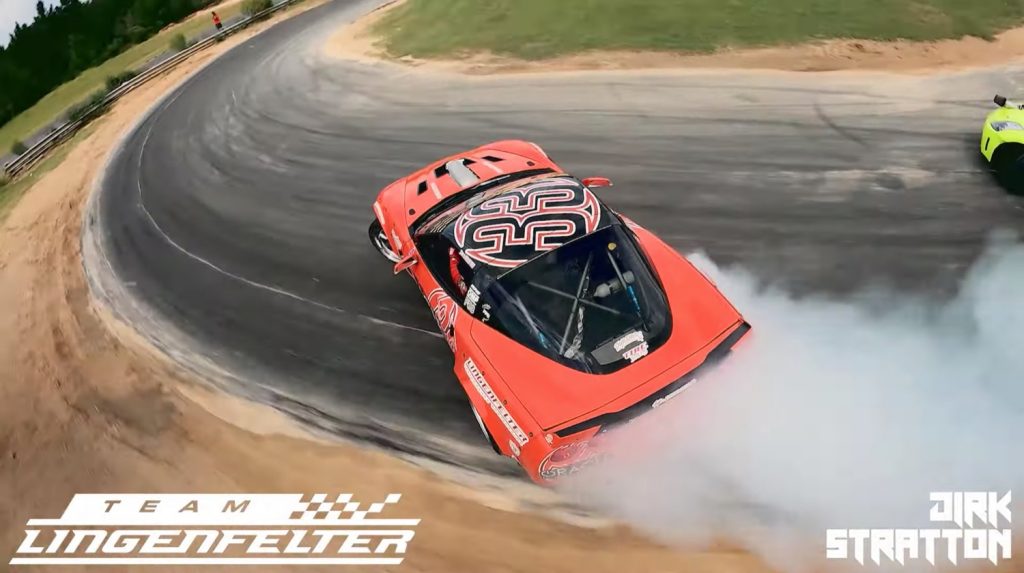 This particular C6 Corvette is piloted by Dirk Stratton, who recently put the hammer down at Round 4 of the Klutch Kickers 100K Championship Series at Emerald Coast Dragway in Holt, Florida. The number 33 car can be seen making several runs in this 2-minute, 37-second drone footage compilation, giving us a front-row seat to the tire-shredding antics of a Lingenfelter-powered C6 Corvette drift machine.

Stratton’s C6 Corvette, nicknamed the DriftVette, is powered by a Lingenfelter Eliminator Spec R 454 LS7 V8. Based on GM’s 7.0L LS7, the Lingenfelter-tuned motor features a number of tasty upgrades, such as a custom blueprinted and sleeved block, a stroker crank, and forged connecting rods and pistons. The cylinder heads are also CNC ported, while a 103 mm throttle body and Holley High Ram intake top it off. 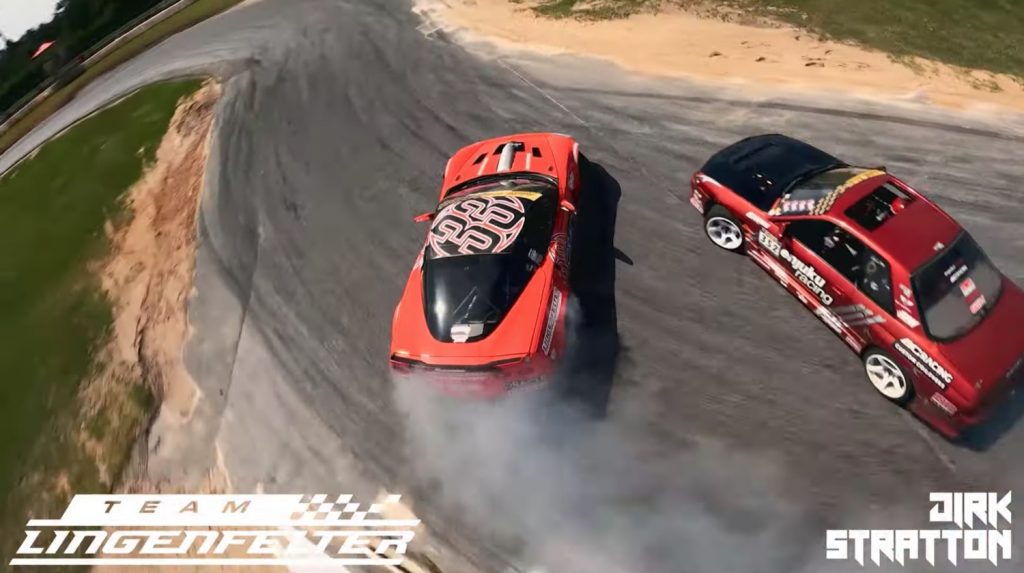 GM Authority took a closer look at this monster motor back in September of 2020, featuring a video that put Stratton’s C6 Corvette engine on a dyno. Properly unleashed, this thing makes 820 horsepower and 645 pound-feet of torque – not bad for natural aspiration.

Indeed, this atmospheric V8 is a great choice for motorsports, including drifting, where careful throttle modulation and on-demand power can make the difference between a flawless run and a collision with the barricades. That much is evidenced by the following video, which shows the Lingenfelter-tuned C6 Corvette sliding around the Florida circuit with ease, a long plume of tire smoke behind it as Stratton battles several challengers from both the chase and lead positions. The ‘eight sounds pretty awesome as well.

Check it out for yourself right here: