Larson moved into the lead on lap 497 of 500, diving down the inside of the No. 4 Ford Mustang of Harvick as Chase Elliott impeded the No. 4 Ford Mustang. The result extended Larson’s playoff points lead over Martin Truex J.r and Denny Hamlin and gives the No. 5 team winning momentum heading into the Round of 12. 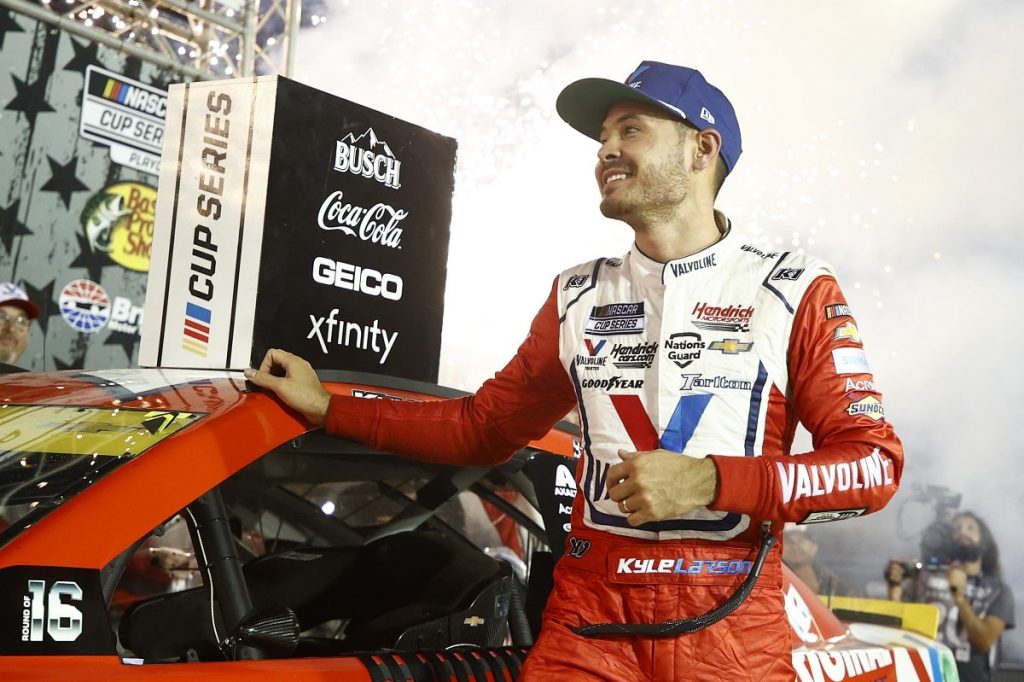 Larson acknowledged the victory may not have been possible had Elliott and Harvick not come together earlier in the race. The pair made contact on 465 of 500, with Elliott attempting to pass Harvick on the outside before Harvick drifted up into the No. 9 Chevy Camaro ZL1, cutting Elliott’s tire and sending him into the pits for fresh tires and fuel. Elliott emerged from the pits multiple laps down, but got his revenge as he held up Harvick with three to go, allowing Larson to easily sneak past.

“Yeah, that was an awesome race,” Larson told NASCAR.com. “It was so cool to be able to race there for the win. Obviously, Harvick and Chase got together. Chase was upset. Kind of held him up. It got Harvick having to move around and use his tires up off the bottom.” 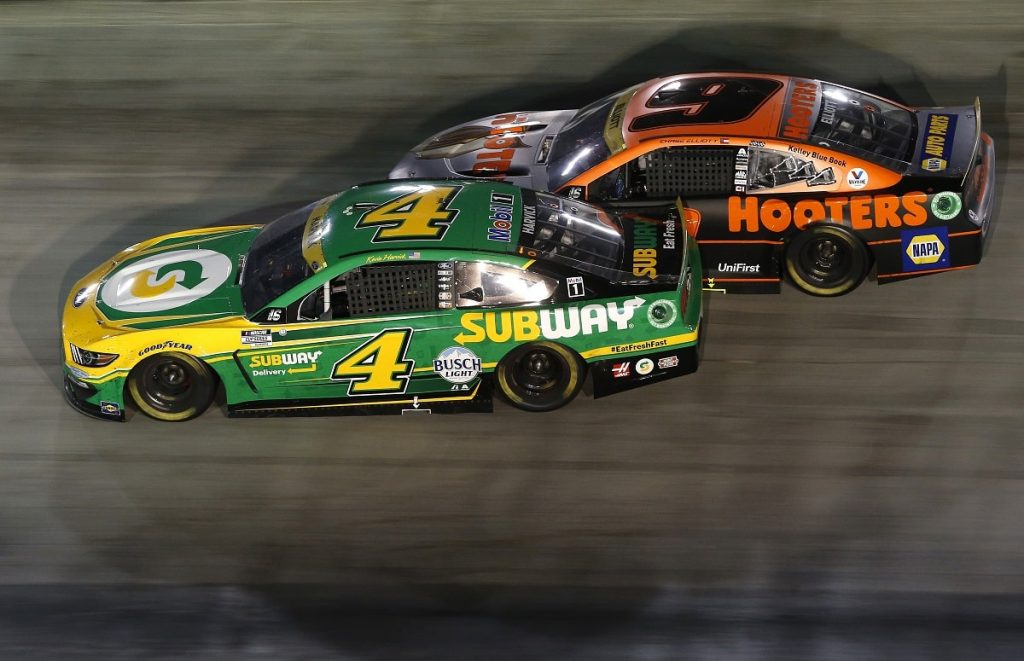 Elliott accused Harvick of purposefully rubbing his left side to cut a tire down – something he says he’s observed the No. 4 doing at tracks earlier in the year as well.

“Whether he does it on purpose, it doesn’t matter. At some point, you’ve got to draw the line. I don’t care who he is and how long he’s been doing it. I’m going to stand up for myself and my team, and we’ll go on down the road.” 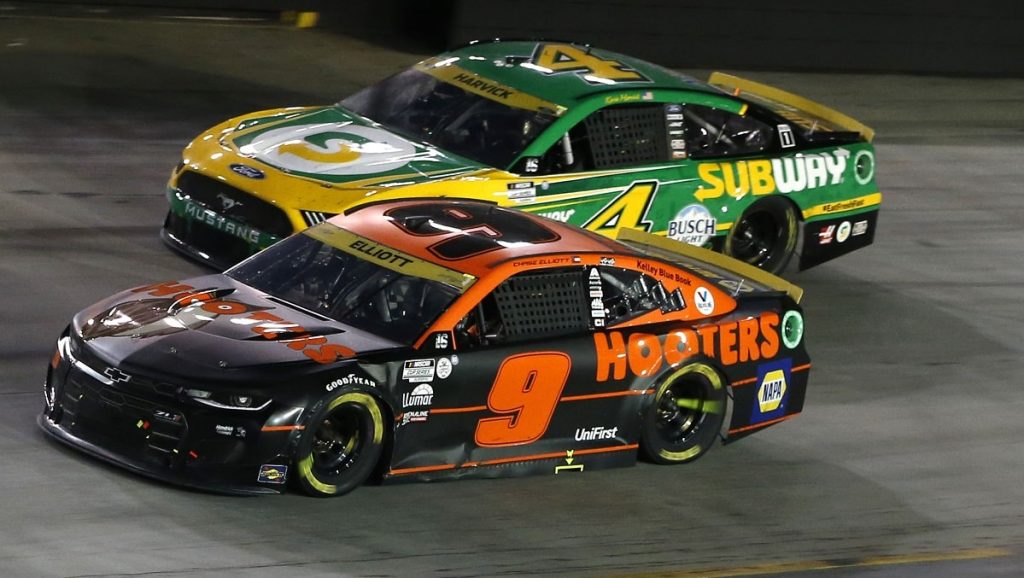 William Byron finished third, nearly catching Harvick in the closing laps as the No. 24 team found speed late in the race. Of the 12 drivers advancing to the next round of the NASCAR Cup Series playoffs, four are from Hendrick Motorsports/Chevrolet, including Elliott, Larson, Byron and Alex Bowman.

NASCAR heads to Las Vegas Motor Speedway next for the South Point 400 Sunday, September 26th. Check out the video below for complete highlights from Bristol.