Anyone can throw a bunch of parts at a car and call it a day, but it takes talent to make those parts work in harmony. This custom twin-turbo Chevy Camaro was definitely built with talent.

This custom Chevy Camaro belongs to comedian, actor, and producer Kevin Hart, and was built by Timeless Kustoms in Camarillo, California. Now, we’re getting up close and personal in the following feature video from AutotopiaLA.

Originally built about a decade ago, Timeless Kustoms recently refreshed the ride a bit, but all the original goodness is still intact – and enhanced.

Underneath the gorgeous body is an Art Morrison MaxG chassis, as well as C6 Chevy Corvette front suspension and a triangulated 9-inch quarter link.

Providing the muscle is a de-stroked LSX-based LS7 V8 engine, with displacement rated at 380 cubic inches. The compression is rated at 9:1, while a forged rotating assembly and CNC LS7 head make the highlight reel. There’s also a pair of 68mm Turbonetics ball-bearing turbochargers for quick response. The setup is good for 650 horsepower and 680 pound-feet of torque at the rear tires on only 8 pounds of boost. 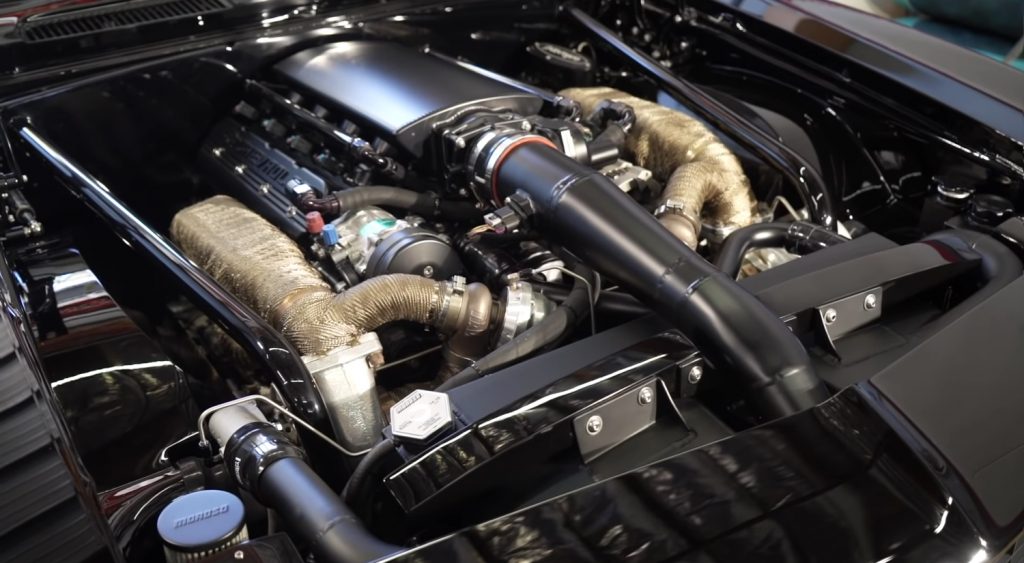 Sending the power rearwards in this Chevy Camaro is a Tremec six-speed manual transmission and Centerforce clutch, as well as an aluminum driveshaft, 9-inch Ford rear end, 3.55 gearing, and Trac loc differential. 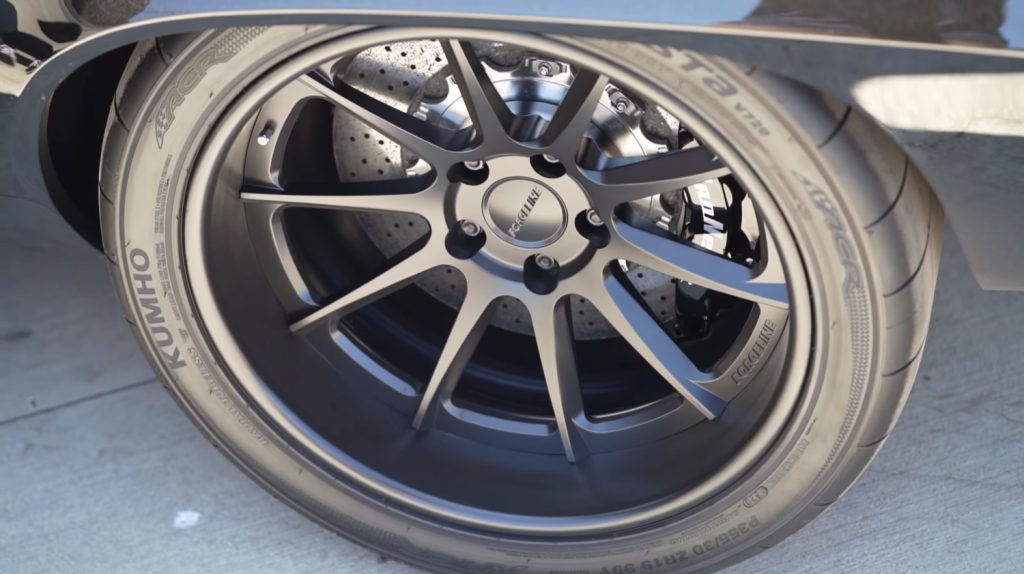 To throw the anchor, the Chevy Camaro was equipped with a set of carbon ceramic Brembo brakes with custom-painted calipers. A set of black Forgeline wheels wrapped in Kumho tires provide the stick, with sizable 355 rubber in the rear and and 305 rubber up front.

The engine breathes through a custom exhaust and headers, and interestingly, the turbos keep it so quiet, no mufflers are needed. 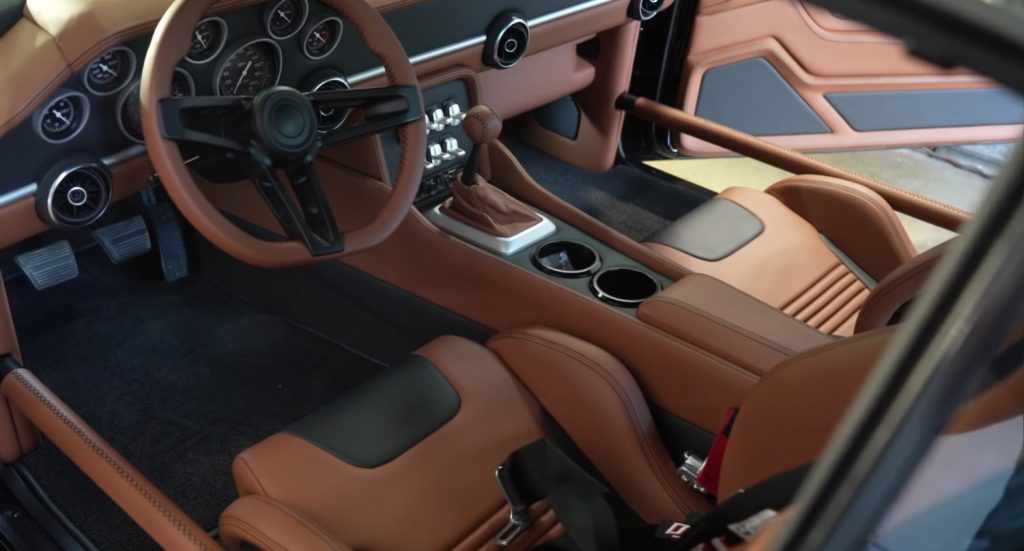 The exterior is draped in deep Satin Black paint, while the interior was done by Sean Smith Design. Unsurprisingly, the cabin space is completely customized, with rich leather upholstery in a tasty brown-and-black color scheme. High-end switchgear  and one-off components abound.

Check out the complete build (as well as what it’s like to drive) in the video below: