The upcoming hybrid Corvette E-Ray has been grabbing our attention as of late, with a few prototype models recently spotted testing alongside the Acura NSX, as well as captured on video accelerating hard away from a stop. Now, we have another enticing detail to share, this time about the new hybrid Corvette’s interior. 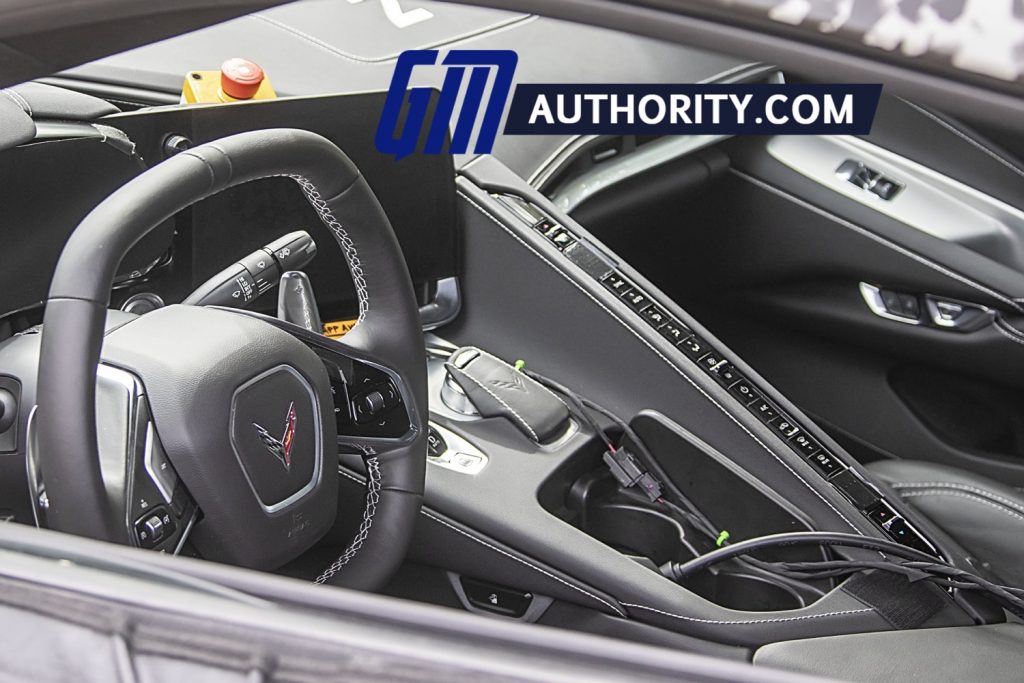 A fresh batch of spy photos reveal a new button located along the side of the center console, just below the upper upholstery cover and adjacent to the top of the cupholders. A closer look at the button reveals what appears to be a graphic depicting a battery, with a black upper portion and white lower portion.

Obviously, this button isn’t found on the standard C8 Corvette Stingray, and is likely related to the hybrid Corvette E-Ray’s electric propulsion goodies. However, the exact purpose of the new button remains to be seen.

One possibility is that it provides a quick way for the driver to switch between driving modes, selecting between either electric assistance, or gasoline-only propulsion. Another possibility is that the button is used as a sort of “push-to-pass” switch that dumps all available electric power to the motors for maximum acceleration, although the placement of the button on the side of the center console would be an odd choice for such a feature, as we would expect something like that to be placed on the steering wheel instead. 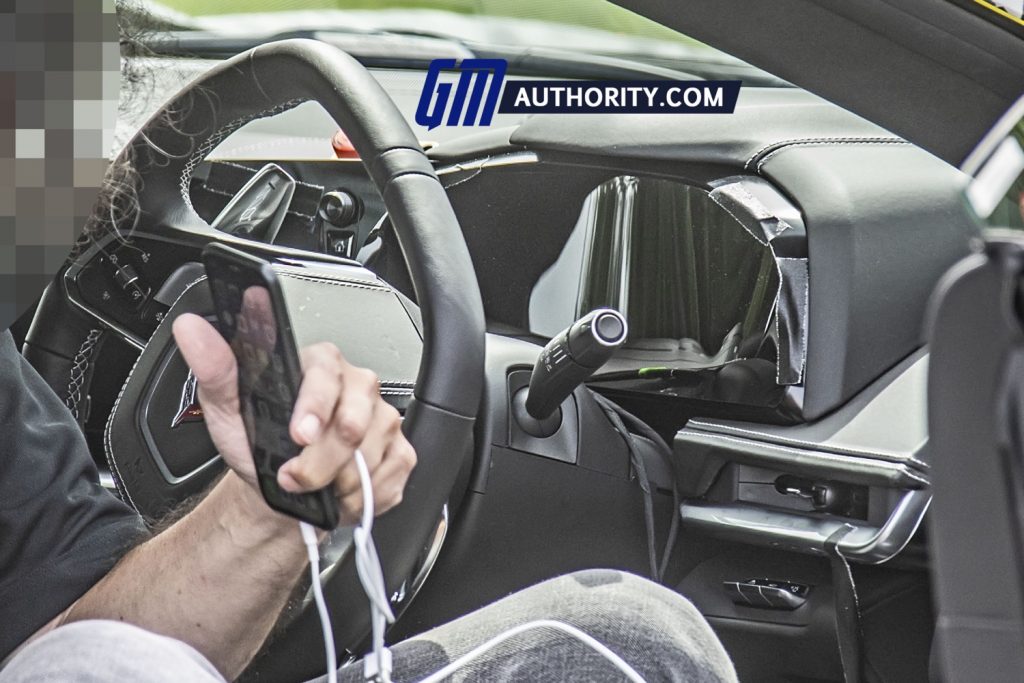 One other notable aspect of these new spy photos are the blocked-off gauges and infotainment screen, an indication of the hybrid Corvette’s new, unique display graphics focused on the hybrid powertrain.

As a reminder, the hybrid Corvette E-Ray will come equipped with the same naturally aspirated 6.2L V8 LT2 gasoline engine as the standard C8 Corvette Stingray, plus a front-mounted electric motor to provide the sports car with all-wheel drive grip. Total output from is expected to be around 600 horsepower. 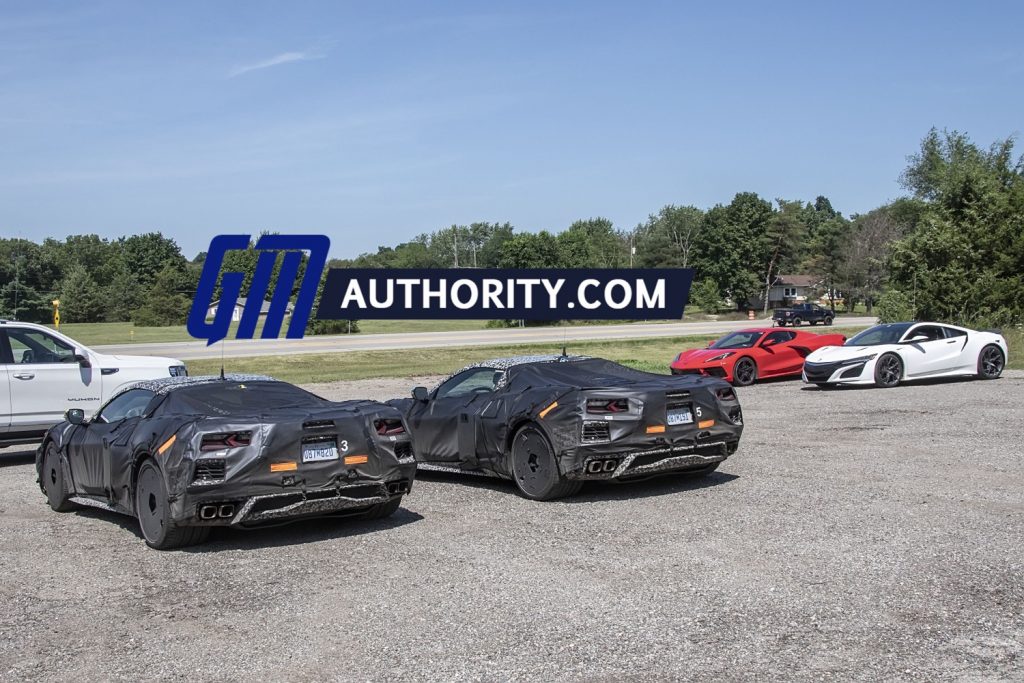 What’s more, the hybrid Corvette E-Ray will be available as both a Coupe and a Convertible, as GM Authority reported previously. Also look for revised front and rear fascia designs, plus new wheel designs, with carbon fiber wheels possibly offered as an optional extra. Tire sizing will be set at 275/30R20 in front, and 345/24R21 in the rear.