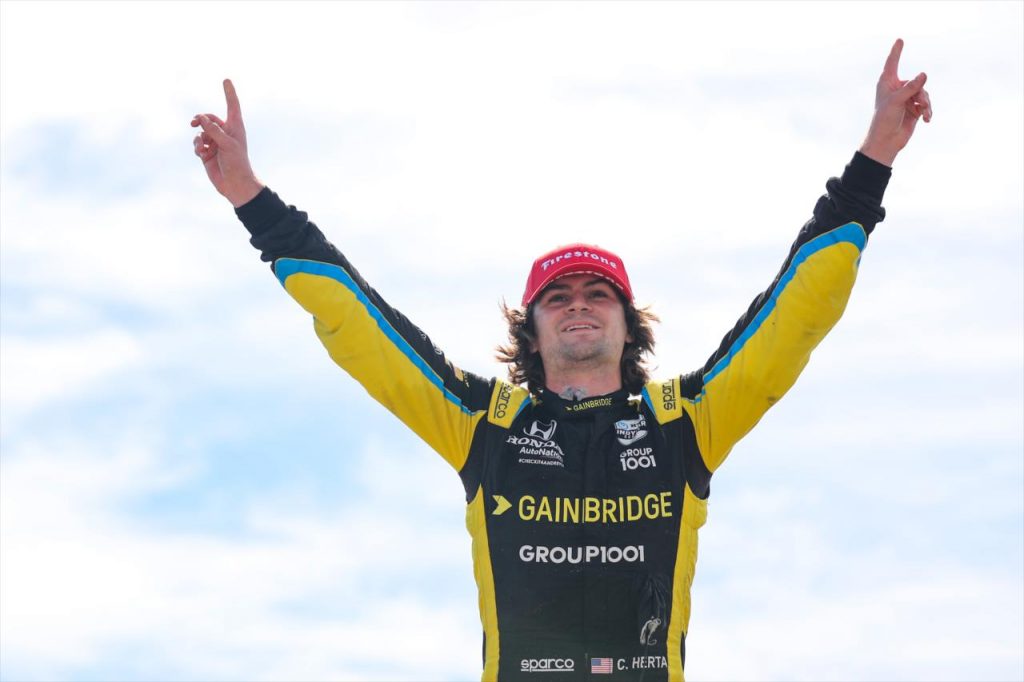 Herta started from pole position and held the lead as the green flag came out, with Rossi following in second. Herta then went wide into Turn 4 on the second lap as the 23-year old was being pressured by Rossi from behind, allowing his Andretti Autosport teammate to get alongside. As the two banged wheels, Rossi lit up his rear tires and spun into the gravel on the exit of Turn 5, stalling his car and bringing out the only caution of the race.

On the restart, Herta led from Chip Ganassi Racing’s Alex Palou and Team Penske’s Will Power, slowly building a gap to second as he worked the sticky red sidewall Firestone tire. The Honda driver didn’t put a wheel wrong all race, keeping Palou at bay even as Chip Ganassi Racing tried to undercut him in the pits. 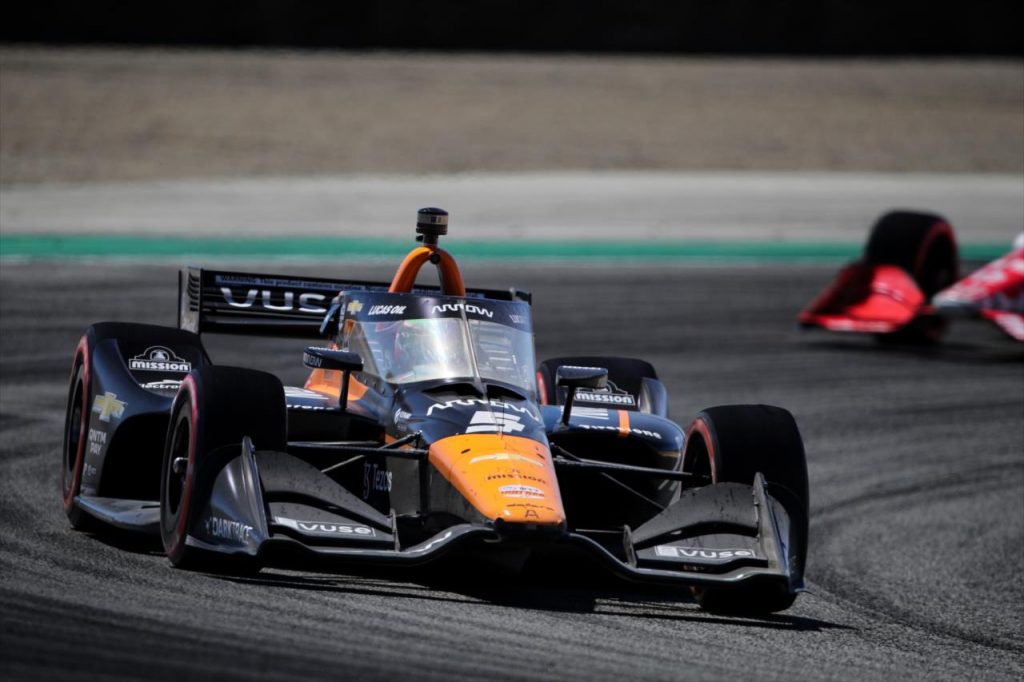 Palou’s championship rival Pato O’Ward, meanwhile, struggled for pace all weekend, qualifying on the third row and battling hard to stay ahead of the rest of the midfield. He finished the race in fifth as the top Chevy driver of the day, but rued his team’s overall lack of pace compared to the frontrunners.

“All weekend we didn’t have it,” O’Ward said. “I truly feel like we used every single ounce of energy and pace that this car had. We pulled off a near-miracle in qualifying to start in the first three rows. In the race, honestly, that was as much as I had.”

“All we can do at Long Beach is win, and then let everything else fall. I’ve got faith in myself. I know I’m pretty handy around a street course, so let’s see what we can pull off next week.” 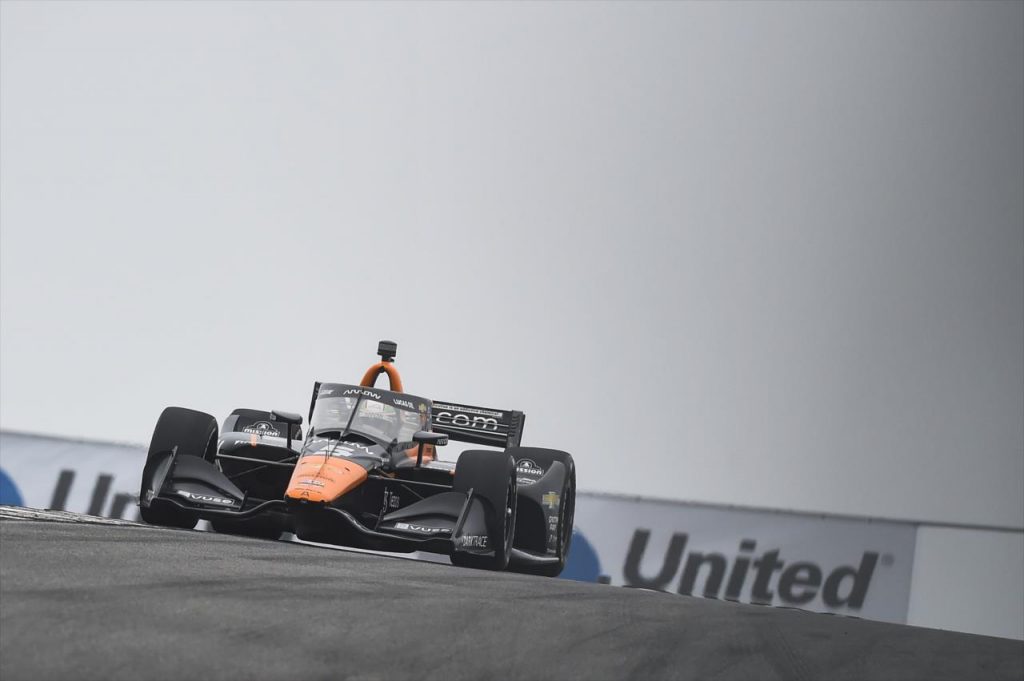 Palou leads O’Ward in the championship standings by 517 points heading into the season finale at Long Beach. Check out the video embedded below for complete highlights from Laguna Seca.