Toyota revealed the first official image of the new 2022 Toyota Tundra back in June. Now, we’re taking another look at the full-size Chevy Silverado / GMC Sierra rival with the following fresh photos. 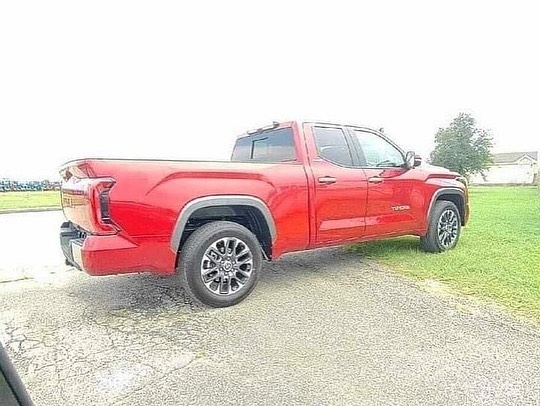 These latest 2022 Toyota Tundra images give us a look at both the revised exterior styling, as well as the revised interior. The 2022 model year introduces a brand-new generation for the pickup, with a raft of updates and changes over the preceding model headed down the pipeline. The current-generation was introduced for the 2007 model year.

Outside, the 2022 Toyota Tundra gets a brand-new fascia characterized by horizontal headlights and a large central grille section, the latter of which stretches down into the bumper, and the former of which incorporates Y-shaped lighting signatures. The rear was also restyled with more prominent C-shaped taillights, a new bumper, and a more chiseled rear fender line. 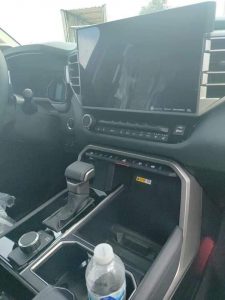 Moving inside, we find the the 2022 Toyota Tundra cabin now includes a very large central infotainment screen, which is mounted high and appears to jut out from the rest of the dash. The screen is flanked by new, squared-off air vents, while below the screen, we find a panel of hard buttons. The gear handle is located in the central tunnel.

We got a preview of the upcoming 2022 Toyota Tundra TRD Pro in June, giving us a look at the model’s off-road-spec trim level, which includes unique styling and features. 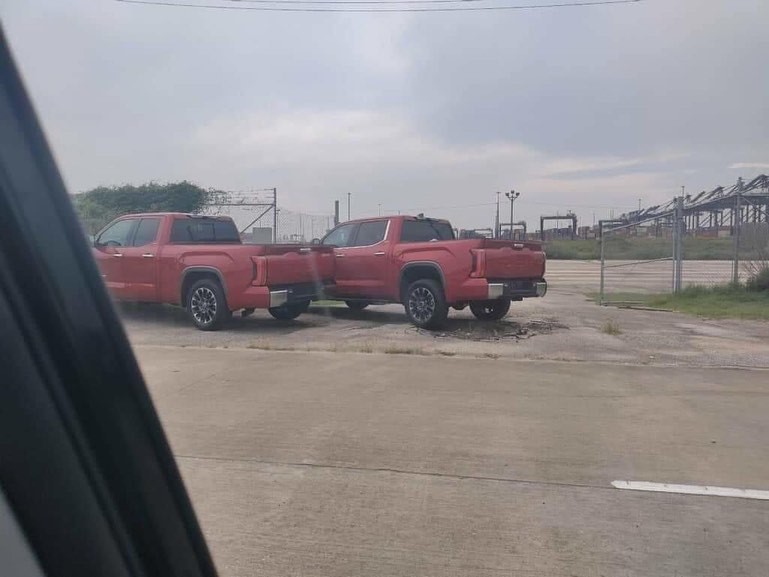 As for the specs under the skin, the 2022 Toyota Tundra is expected to come equipped with a new twin-turbocharged V6 engine producing more than 400 horsepower, while it’s possible the new Tundra could be offered with a new hybrid powerplant, as well as even an all-electric variant. In back, the latest Tundra will feature a new redesigned suspension.

So far, the Chevy Silverado and GMC Sierra have sold more units than the Toyota Tundra through the first half of the 2021 calendar year, with the Silverado posting 291,322 units sold, and the Sierra posting 138,412 units sold, as compared to 43,865 units sold for the Tundra.