General Motors has announced it will extend production downtime at its Lake Orion Assembly plant in Michigan for another two weeks. The plant, which builds the Chevy Bolt EV and Chevy Bolt EUV, is now expected to come back online on September 27th.

The extended downtime is the result of a battery pack shortage at the plant, which has been caused by the battery fire recall issued for the 2017-2022 Chevy Bolt EV and 2022 Chevy Bolt EUV. GM said previously that it would not resume production at Orion Assembly until it can verify that all battery received packs from supplier LG Chem are defect-free. As a result, it has temporarily laid off all hourly workers at Orion Assembly.

Battery fires in affected Chevy Bolt EV and Bolt EUV vehicles are believed to be caused when one of the battery’s cells has a torn anode tab and folded separator. It’s not yet clear how this manufacturing defect comes to be during the production process, however, leaving GM weary of continuing the usage of the LG-sourced packs.

The battery fire recall involves roughly 140,000 examples of the Chevy Bolt EV and Bolt EUV. The recall will entail replacing the battery modules in all affected vehicles, which is expected to cost the company around $1.8 billion USD. GM said previously that it would go after LG Chem for the costs associated with the recall and said that discussion is “being handled by the appropriate leaders at both companies.” 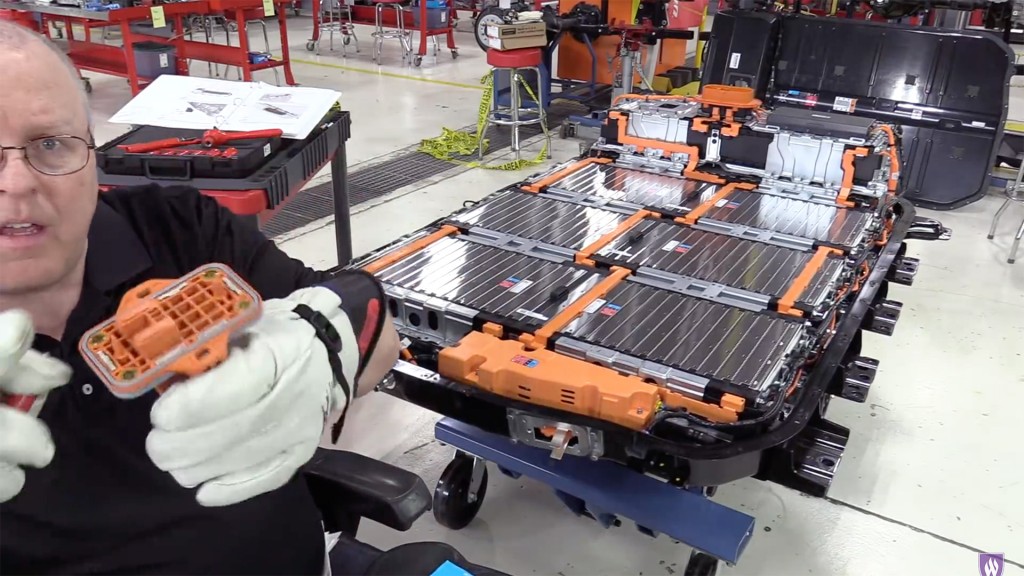 The Chevy Bolt EV was redesigned for the 2022 model year, receiving updated exterior and interior styling and a new infotainment display, among more. The 2022 Chevy Bolt EUV, meanwhile, is an all-new crossover variant of the Bolt EV that uses the same BEV2 platform as the hatchback. Both vehicles feature a single front-mounted electric motor producing 200 horsepower and 266 pound-feet of torque, along with the same 65 kWh LG Chem lithium-ion battery.

For a complete rundown on the current status of GM’s various global production plants, which have experienced recurring shutdowns this year due to the chip shortage, be sure to check out our dedicated log.