The current sixth-generation Chevy Camaro was introduced for the 2016 model year, with several styling revisions introduced in the model years that followed. Now, the GM Design team has released this gorgeous Chevy Camaro sketch for us to ogle.

This Chevy Camaro design sketch is low and aggressive, mixing a wealth of aero components with a wide stance. This particular model appears to be inspired by the Chevy Camaro ZL1 1LE. Introduced with the 2018 model year, the 1LE extreme track package infuses the already highly capable Camaro ZL1 with even more go-faster upgrades, including new aero components.

Some of these are visible on this recently released Chevy Camaro sketch. The front end, for example, is equipped with dive planes attached to the corners of the front bumper, complementing a large front splitter element, all of which helps the front end to stick at speed. This is critical, as the rear end is pushed into the pavement by a large carbon fiber rear wing attached to the trunk lid.

Finished in black, the aero upgrades are complemented by a black hood treatment, while we also spot a black roof, black sideview mirrors, and large black wheels shod in low-profile, ultra-sticky rubber. It’s a great look, and definitely has the right stuff to announce the Chevy Camaro ZL1 1LE’s performance intentions. 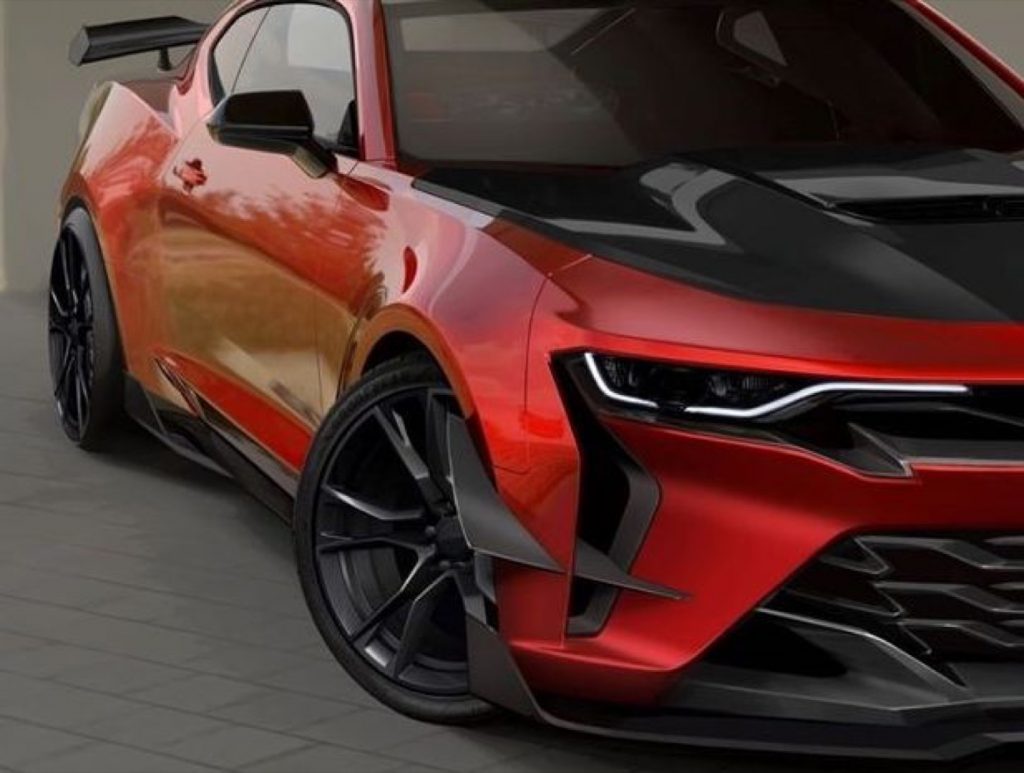 As GM Authority covered previously, production of the 2022 Chevy Camaro kicked off in August at the GM Lansing Grand River assembly plant in Lansing, Michigan. The 2022 Chevy Camaro arrives as the seventh model year of the sixth-generation vehicle, introducing a few updates and changes over the preceding 2021 model year. The official 2022 Chevy Camaro online configurator went live late last month.

Unfortunately, production of the Chevy Camaro was halted earlier this month due to the ongoing global microchip shortage. Production is not expected to resume until October.

For those Chevy Camaro lessees looking to make a few bucks, record-high used car prices have catapulted the Chevy Camaro to the top of the list for vehicles potentially offering a big profit for those who decide to buy back their car and sell it on the used market.