In joining the Breakthrough Energy Catalyst program, GM’s chief sustainability officer, Kristen Siemen, has earned a place on the Catalyst Leadership Council. This will help the automaker establish and maintain relationships with other stakeholders as it works to build the infrastructure the world needs to meet the group’s climate goals. Other board members include Amazon CEO Jeff Bezos, Virgin Group founder Richard Branson, Alibaba Group chairman Jack Ma and Softbank CEO Masayoshi Son, among others. 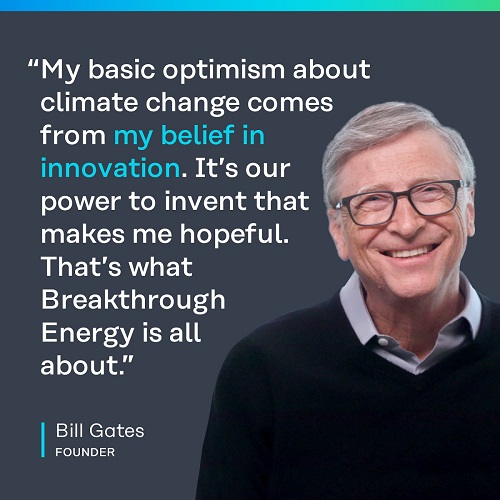 Bill Gates, who started the program in 2015, says much of the technology needed to achieve net-zero emissions “either doesn’t exist yet or is too expensive” for much of the world to afford – something it hopes to change through collective corporate action and investment.

“Catalyst is designed to change that and provide a more effective way to invest in our clean technology future,” the Microsoft founder said.

“Very proud to have General Motors coming together with Catalyst and like-minded partners to accelerate a zero-emissions future,” GM CEO Mary Barra said in a comment on LinkedIn directed at Siemen. “Kristen, I appreciate your leadership as we continue our progress on our vision and find solutions that address climate change.”

The commitment to the Gates-run Catalyst program is one of a handful of eco-friendly initiatives GM has devoted itself to this year. The automaker also formed its own internal Climate Equity Fund in June, setting aside $25 million for philanthropic climate equity efforts. It also joined TPG Capital’s Rise Climate Fund in July, which is a climate-focused investment fund run by the Texas-based financial firm.