General Motors has lost production of nearly 800,000 vehicles so far this year due to the global semiconductor chip shortage. 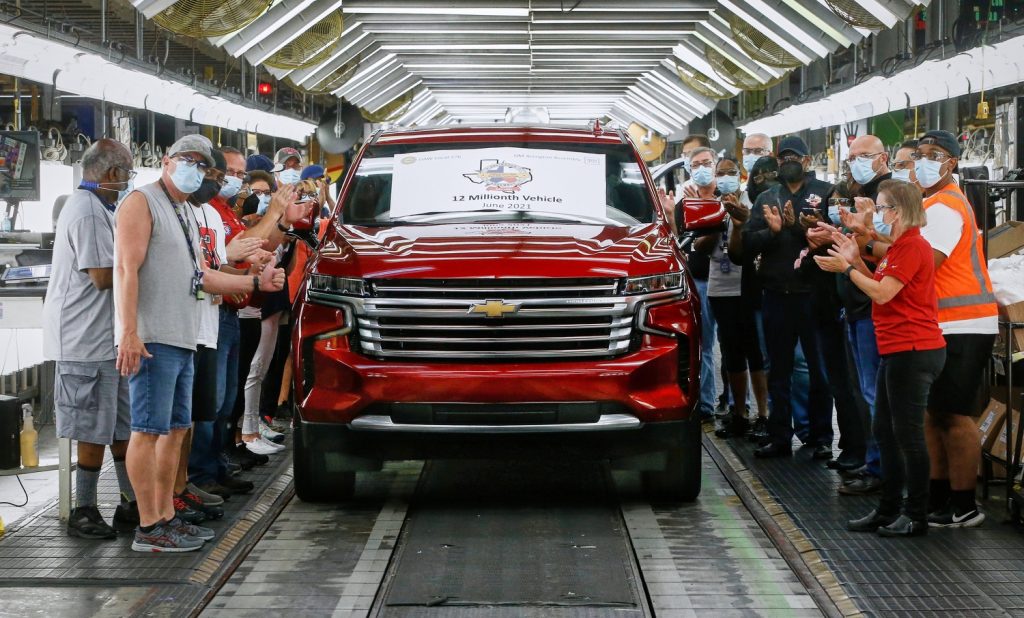 According to data from Autoforecast Solutions cited by Automotive News, the chip shortage has reduced GM’s global production output this year by 777,928 vehicles this year. While almost all of the automaker’s plants have felt the impact of the chip shortage to some degree, GM Fairfax Assembly in Kansas has been the hardest hit. The facility, which produces the Cadillac XT4 crossover and Chevy Malibu sedan, has remained dark since February, although XT4 production is set to return on September 20th. It’s not clear when production of the Chevy Malibu will return, although GM has already cut 96,001 production units of the Malibu so far this year.

GM has maintained adequate output of its ever-important pickup truck models by implementing creative production solutions. Some of its pickups are being built without certain technologies, Active Fuel Management, Dynamic Fuel Management or HD Radio. It has also implemented a “build shy” strategy at its truck and SUV plants, which entails partially completing production of vehicles, storing them in a lot nearby and bringing them back into the plant once it receives the semiconductor chips it needs to finish them. Despite these efforts, it is still facing periodic shutdowns at its truck and SUV plants, which include Flint Assembly in Michigan, Fort Wayne Assembly in Indiana, Silao Assembly in Mexico and Arlington Assembly in Texas.

AN says GM has implemented special software tools to help dealers cope with reduced inventory levels. One of the programs includes a dashboard that places vehicle trim options side-by-side with market data, allowing dealers to see which vehicles are in highest demand in their area to ensure they are making the most of their limited production allocations. Another program called VinView allows dealers to track a vehicle’s order status and provide updates to the buyer on when their vehicle will be delivered.

Many experts predict the chip shortage will persist throughout 2021 and well into 2022 as demand continues to outweigh production output. Some experts have said the shortage could even last into 2023.