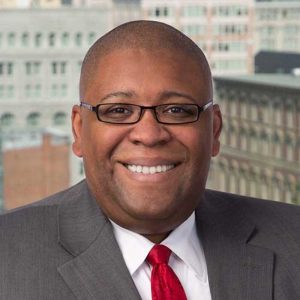 Strickland currently serves as the staff director of the U.S. Senate Committee on Commerce, Science, and Transportation (Senate Commerce). Previously, Strickland served as the administrator of the National Highway Traffic Safety Administration (NHTSA) under the Obama Administration.

In his new position, Strickland will lead a team that works with local, state, national, and international-level regulatory agencies on issues that impact both General Motors and the broader automotive industry.

“David has an extensive background working on a wide variety of transportation and auto industry policy issues,” Vargas said. “His knowledge of the issues and ability to work collaboratively with government and industry make him the perfect leader to help drive regulatory policies in support of GM’s growth initiatives, including our vision for an all-electric and autonomous future.”

Strickland holds a Bachelor of Science degree in Communication Studies and Political Science from Northwestern University, as well as a Juris Doctor degree from Harvard Law School. He has 25 years of experience working in government affairs and the regulatory realm, and got his start as a senior counsel for the Consumer Protection Subcommittee. In 2009, Strickland was nominated by President Obama and confirmed by the U.S. Senate as NHTSA administrator, a role he held until 2014. Afterwards, Strickland worked at Venable LLP as a partner in the privacy and data security practice, with a focus on connected and automated vehicle policy. Finally, in 2019, Strickland returned to Senate Commerce, where he served as staff director for Chair Maria Cantwell (D-WA).