With nearly 500 horsepower right out of the box, the C8 Corvette Stingray is certainly no slouch. Nevertheless, some owners simply demand more, prompting aftermarket tuners to do their thing to wring out even more ponies from the mid-mounted V8 engine. FuelTech is one such tuner, recently posting a video documenting the company’s 1,350-horsepower turbo upgrade for the C8 Corvette. 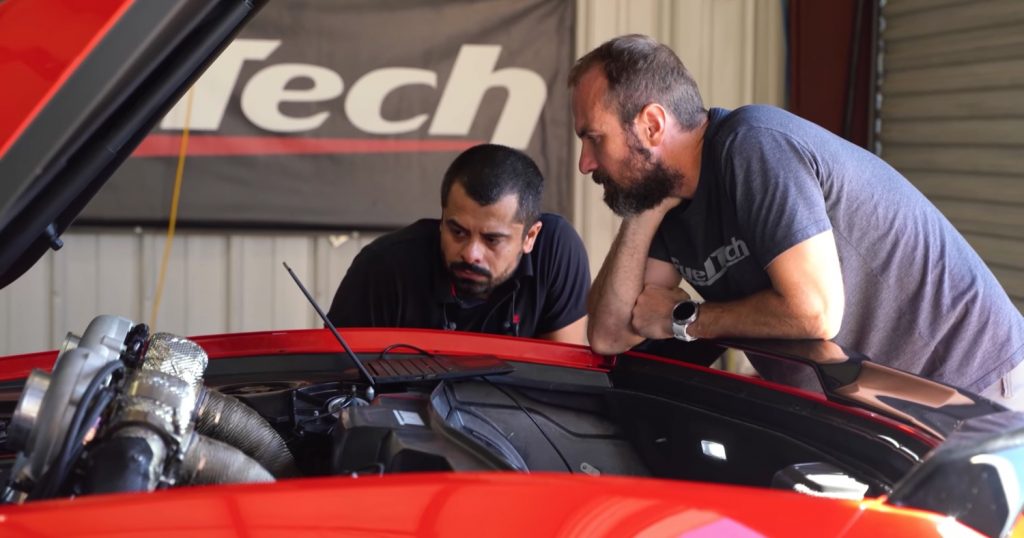 To make those impressive output numbers, FuelTech’s 2020 C8 Corvette Stingray is equipped with a pair of Garrett G35-900 turbochargers, which are mounted high in the Vette’s engine bay. Interestingly, the turbo system doesn’t include an intercooler, instead relying on methanol fuel to keep everything nice and chilly. FuelTech also occasionally incorporates some laughing gas with a Nitrous Outlet kit, although for the dyno run featured in the following video, no nitrous was needed.

Other interesting tech details include a dual fueling system, which incorporates not only the factory direct injection and fuel tank, but also a complementary Aeromotive brushless pump sending VP Racing Fuels M1 to an independent set of Injector Dynamics fuel injectors mounted in the custom intake manifold. 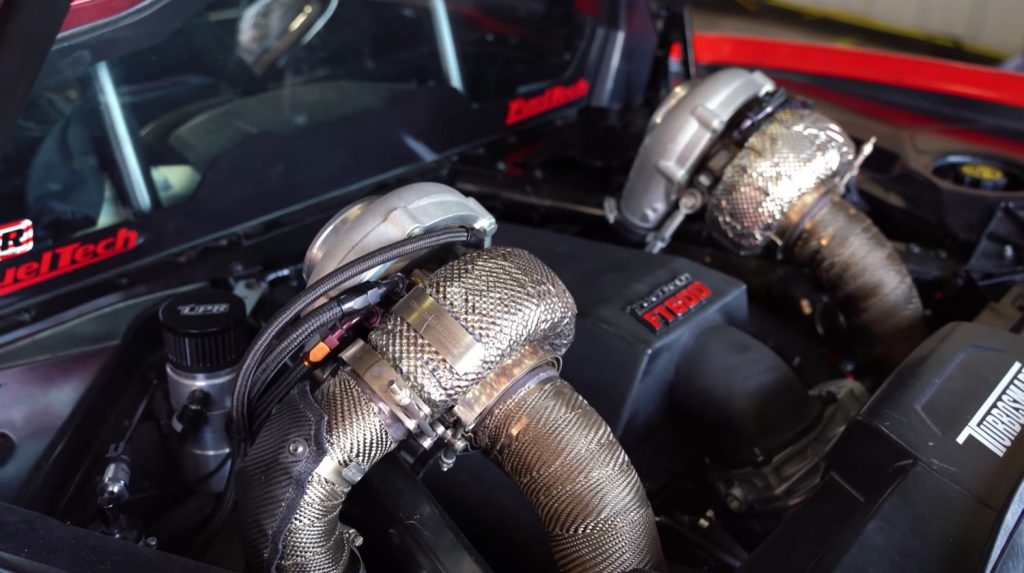 To make it all work, FuelTech equipped the C8 Corvette with a custom jumper harness that connects to an FT600 ECU running things like fuel delivery, timing, boost, and wastegate functionality, as well as the secondary fuel system.

Add it all up, and FuelTech’s tuning nets a whopping 1,350 horsepower on a hub dyno, without nitrous. Not too shabby, especially when you consider the the C8 Corvette is rated at 490 horsepower from the factory. Add some nitrous to all that boost, and the numbers will range even higher.

FuelTech is developing the C8 Corvette for racing purposes, already busting into the mid-9-second range in the quarter mile. There’s another component here as well – pride. As it turns out, FuelTech has a little friendly rivalry going with YouTuber Emelia Hartford, with the two going toe-to-toe in terms of milestones in tuning the C8 Corvette Stingray.

We can’t wait to see what comes next.