A digital rendering artist has used his talents to envision what a current-generation Chevy Blazer crossover would look like if it were transformed into a capable off-roader with beadlock wheels, oversized tires and a solid rear axle. 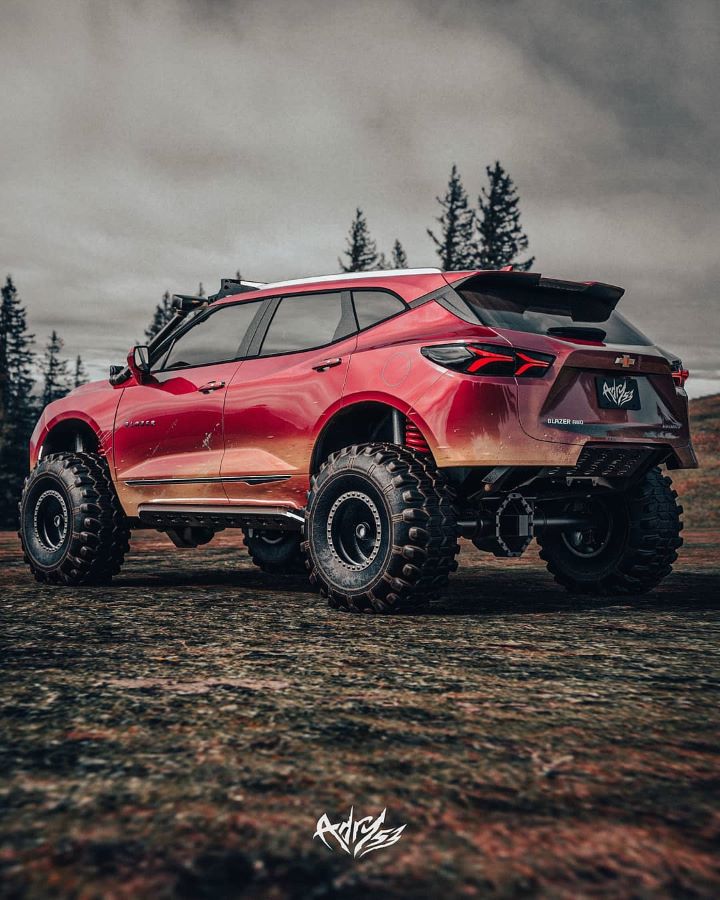 While the current-generation Chevy Blazer shares a name with the beloved K5 Blazer, that’s just about all it has in common its boxy, body-on-frame predecessor. This has left some General Motors fans a bit miffed, because while Ford has revived the Bronco name on a capable new SUV, the Blazer nameplate has not been afforded quite the same level of respect.

This digital rendering looks to soften the blow to Chevy fans by giving them a rough idea of what the Chevy Blazer would look like if it had a body-on-frame platform, solid rear axle and other off-road-ready parts and components. 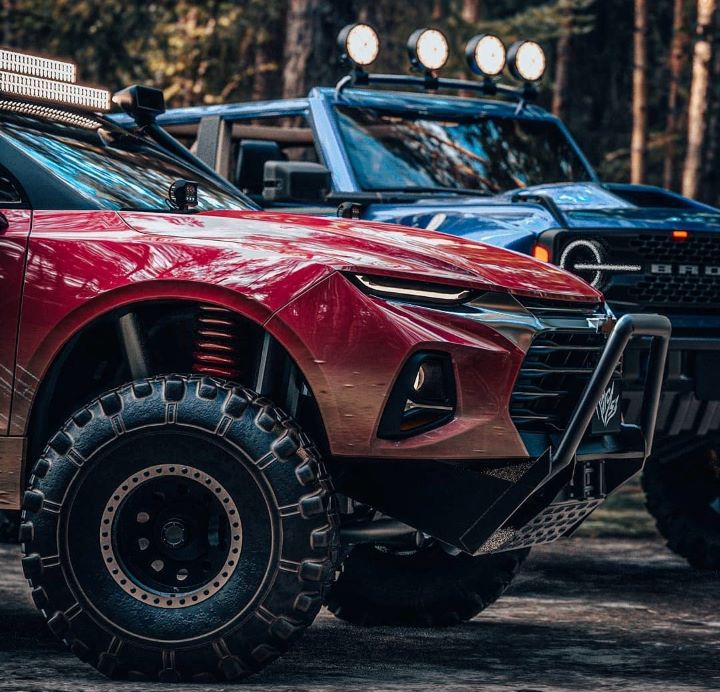 In addition to the lifted suspension, oversized tires and beadlock wheels, this rendering also adds two LED light bars to the Blazer, along with a bull bar, rock rails and front and rear skid plates. The artist rendered a new Ford Bronco for this gallery, as well, which has its own custom touches like lifted suspension, a hood scoop, roof-mounted LED lights and a front skid plate.

The Chevy Blazer may not be suited to going too far off the beaten trail, but GM still has a handful of products that appeal to true off-roading enthusiasts, including the Chevy Colorado ZR2, GMC Canyon AT4 and the new 2022 Chevy Silverado ZR2. While pricy, the 2023 GMC Hummer EV Pickup also promises to impress with its off-road capability, with a large portion of its development happening on the infamously difficult trails in Moab, Utah.

Subscribe to GM Authority as we bring you the latest Chevy Blazer news, Chevy news and ongoing GM news coverage.