The Deutsche Tourenwagen Masters (or DTM) is one of the most competitive and highly regarded touring car racing series in the world. The series, which hosted its first season in 1984, helped Germany’s Big Three establish the performance sedan dominance they enjoy today, advancing the development of road-going offerings from BMW M, Mercedes-AMG and Audi. But what would have happened had General Motors decided to cross the pond and enter its own American performance sedan, the Chevy Impala SS, in the DTM?

A digital rendering artist recently used his talents to try and answer that question, creating a drool-worthy widebody Chevy Impala SS race car in the process. This fictional Chevy touring car would look right at home alongside the other DTM entries in the series’ mid-1990s heyday, which included cars like the Mercedes-Benz C-Class, Alfa Romeo 155 and Opel Calibra V6, among others. 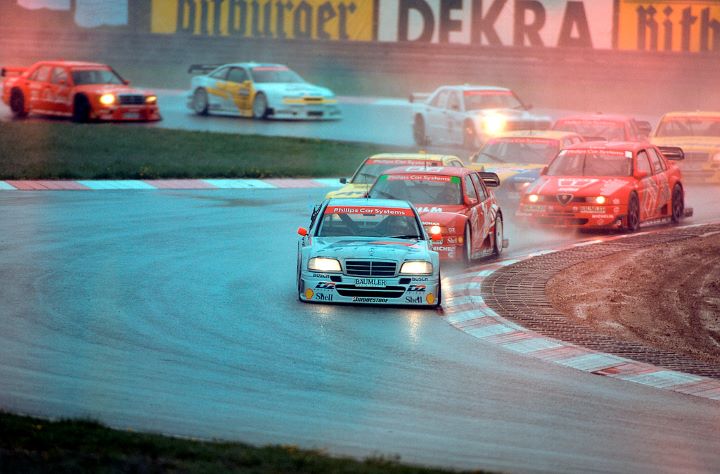 While this fictional race car was dreamt up as a European road racer, it maintains a distinctly American attitude thanks to the Dale Earnhardt-inspired GM Goodwrench/Snap-On livery and large NASCAR-style No. 3 emblazoned on either of its front doors. Sponsorship decals from Mountain Dew and Holley EFi, along with large American flag decals on the front splitter and rear fascia, complete the patriotic livery. 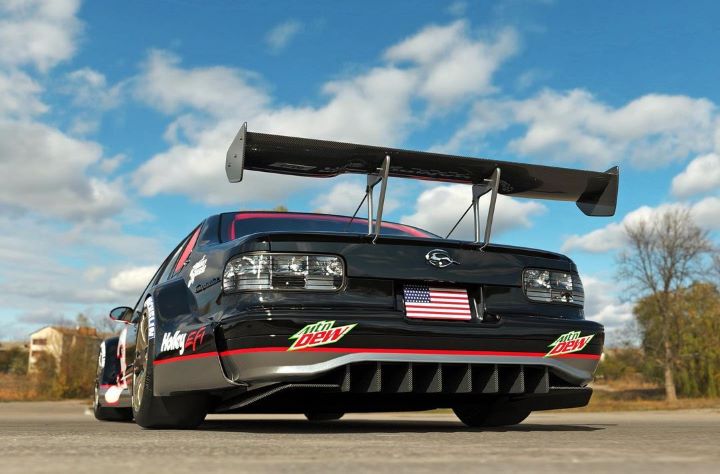 The designer of this Chevy Impala SS DTM racer said they envision it utilizing a racing version of GM’s 5.7-liter DOHC LT5 V8 engine from the C4 Corvette ZR-1 complete with a flat-plane crank. Such an engine would likely feature other motorsports add-ons, too, like a dry-sump oiling system and lightweight magnesium and aluminum internals. A sequential racing transmission would send power to the rear wheels, although it’s worth noting DTM also permitted the use of all-wheel drive in the 1990s.

Let us know what you think of this fantasy Chevy Impala SS DTM racer by voting or commenting below.