Denny Hamlin held off Kyle Larson to take win the first race of the 2021 NASCAR Cup Series playoff season at Darlington on Sunday.

A late-race caution for the spinning No. 12 Ford Mustang of Ryan Blaney set the stage for Hamlin’s victory, bringing on a late-race restart that saw the No. 11 Toyota Camry get the jump on the No. 5 Chevy Camaro ZL1 of Larson. Hamlin then held Larson off on a subsequent restart, which was set up after the No. 9 Chevy Camaro ZL1 of Chase Elliott hit the wall, and led the remaining 37 laps to punch his ticket into the next round of the playoffs. 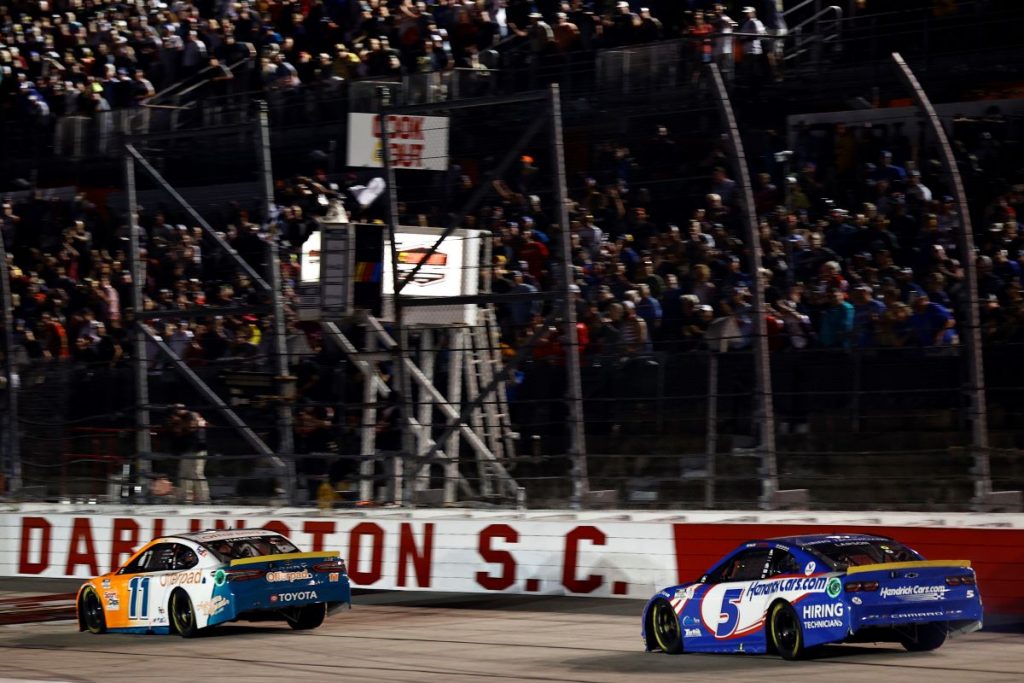 Larson tried hard to reel Hamlin on the last lap, even leaning on the wall in Turns 3 and 4 in a desperate attempt to get alongside the Toyota, but fell short. Hamlin told NASCAR.com he thinks Larson used up his equipment trying to catch him.

“He drove it in past the limit of the car and tires,” Hamlin said. “I knew he was coming. I was a little conservative on that last lap because I had that four-car-length lead.” 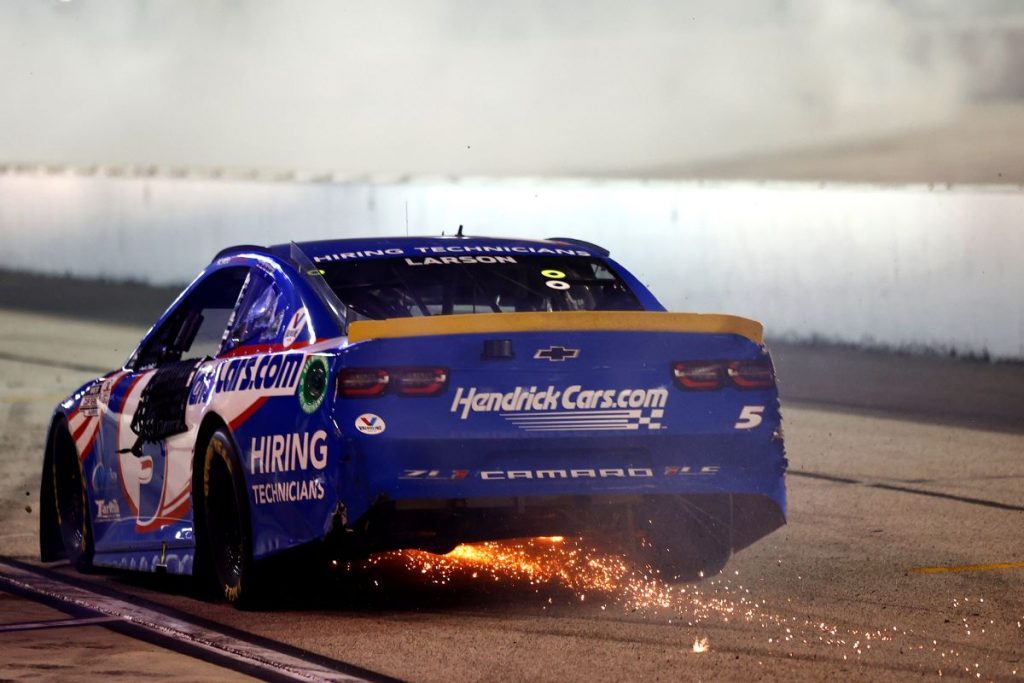 Larson’s Hendrick Motorsports teammates Alex Bowman and William Byron wrecked out after tire problems, putting both on the back foot early in the playoff season. Other championship contenders that suffered retirements included Eliott, Michael McDowell and Kyle Busch. Blaney was classified 22nd following his late-race spin, which was caused by overheating brakes. 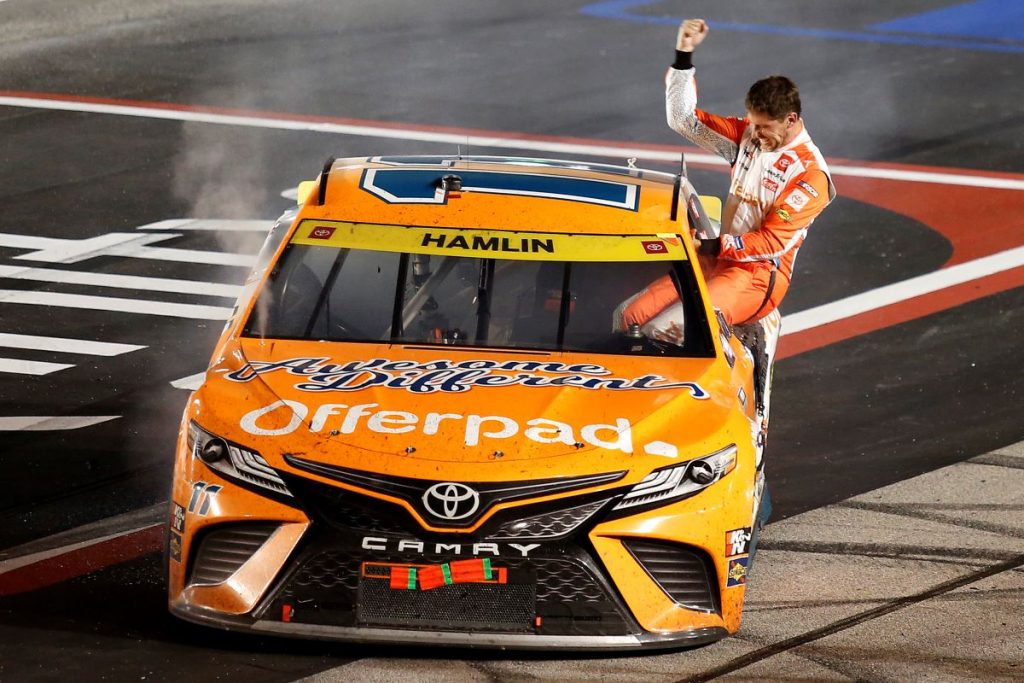 Ross Chastain also put pressure on Larson in his No. 42 Chevy Camaro ZL1 late in the race, but didn’t have the pace to hang with the top two and settled for third. It was nevertheless a strong run for Chastain, who is in his first year as Larson’s replacement at Chip Ganassi Racing.

NASCAR heads to Richmond Raceway next for the Federated Auto Parts 400 on Saturday, September 11th. Check out the video embedded below for complete highlights from Darlington.