With chiseled, aggressive looks, a mid-engine layout, and compact dimensions, the Pontiac Fiero had all the makings of a fun sports car. Now, this custom-built model from the 1984 model year takes those attributes to a new level – and it’s even for sale. 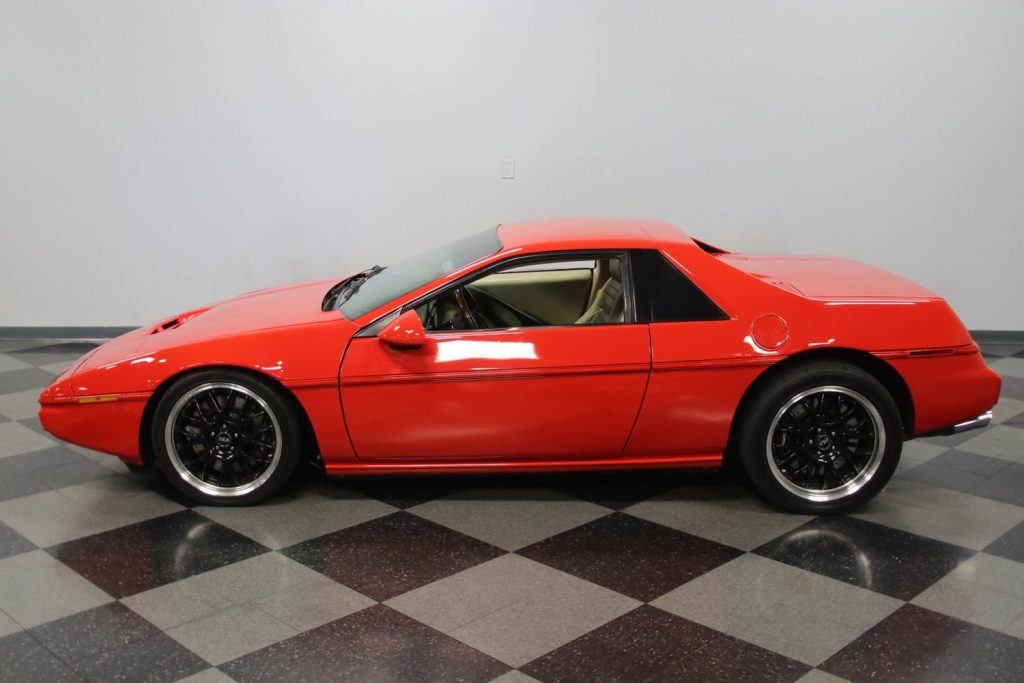 Let’s start outside, where we find this 1984 Pontiac Fiero restomod finally gets the exotic car treatment it deserves with a chopped down roofline. The new profile yields a lower, leaner look, with additional rake for the windshield and sharper styling. The build also incorporates shaved door handles that pop open with a key fob, swinging open on a set of rear-mounted suicide hinges. A prominent air extractor element can be found on the hood, and there are tinted taillights in the rear, while 17-inch ASA wheels with a black finish and polished lip ride in the corners. To secure its head-turning style, the whole thing is covered in bright red paint. 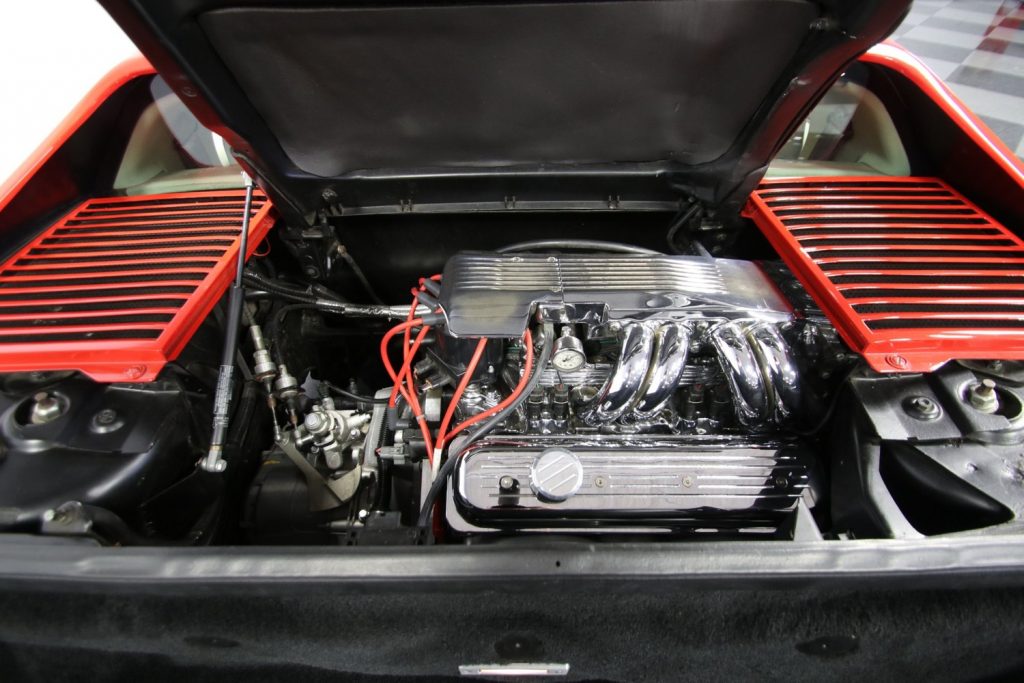 While this 1984 Pontiac Fiero certainly looks the part, it also has the goods under the hood. Just behind the cabin is a 350 cubic-inch ZZ4 V8 crate engine, which was polished up and looks quite nice shoehorned into the tight engine bay. Output is rated at roughly 385 horsepower. The V8 feeds a four-speed manual transmission, which connects to a Quaife limited-slip differential. Four-wheel disc brakes from Wilwood haul it down. 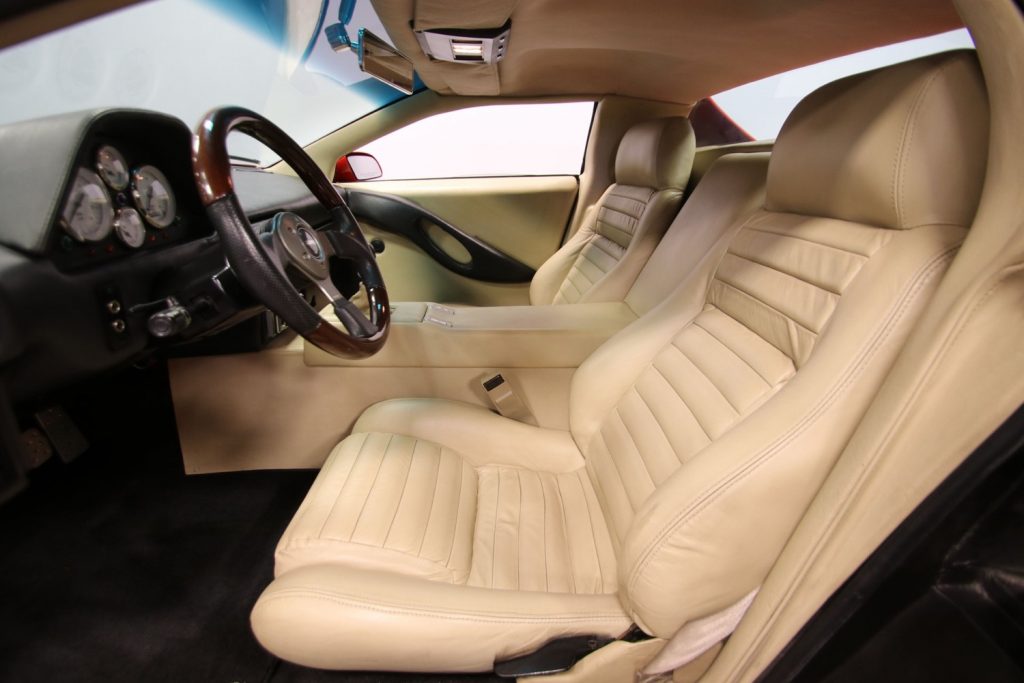 The cabin space is equally well-appointed, with a custom leather interior and custom dash, the latter of which mounts Classic Instrument white-faced gauge. Kenwood and Harman/Kardon are on deck for the stereo, and there are drilled pedals and a Momo steering wheel for the driver. 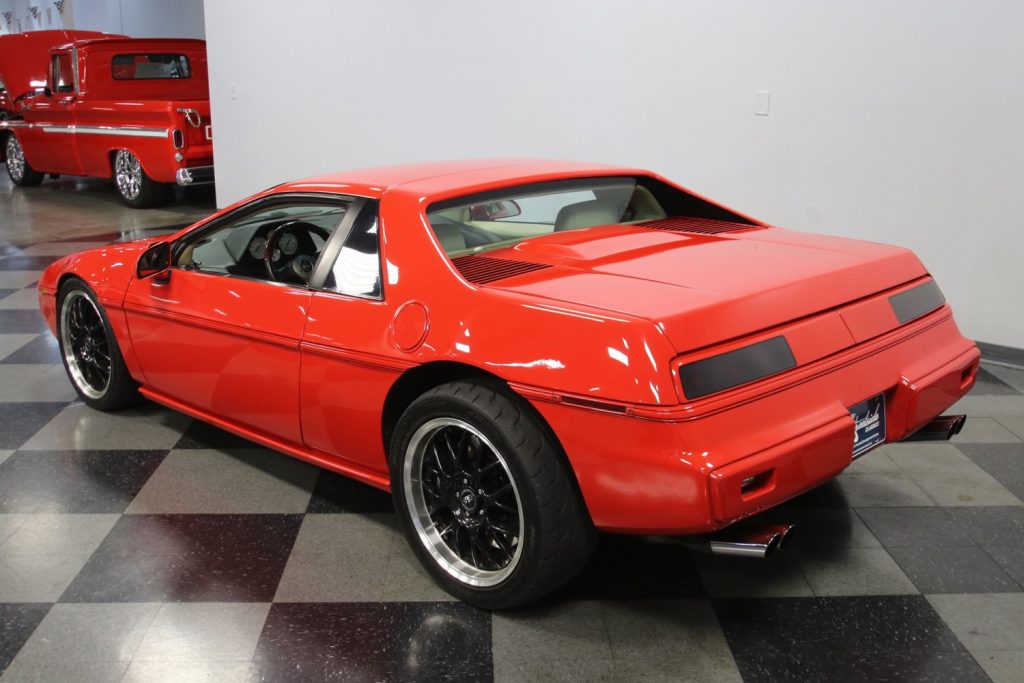 Now, this custom 1984 Pontiac Fiero is listed for sale by Streetside Classics, priced at $31,995. The Fiero is also listed with a little under 5,500 miles on the clock since the new restomod upgrades were installed.