Finding the right fit when it comes to a comfortable cabin space can be tricky, especially for particularly tall drivers. Now, according to one recent report, the Chevy Bolt EV has been deemed among the top ten worst cars for tall drivers.

Per a recent analysis performed by the nonprofit consumer organization Consumer Reports, the Chevy Bolt EV was listed among nine other vehicles currently on the market as being a tight fit for tall drivers. The conclusion was determined via a Consumer Reports analysis of scores posted by recently tested vehicles, focusing on a range of parameters, including ease of ingress and egress, driving position, seat comfort, and visibility. The tallest Consumer Reports tester providing said scores is 6-foot, 2-inches tall.

According to the organization, the other nine worst cars for tall drivers include the Mazda MX-5 Miata, Toyota Tacoma, Toyota Supra, Porsche 718 Boxster, Jeep Gladiator, Hyundai Veloster, Polestar 2, Jeep Wrangler, and Honda Insight. The organization also listed the top ten best cars for tall drivers, including the BMW 7 Series, Porsche Cayenne, BMW X7, Honda Pilot, and Audi A8, among others.

Interestingly, Consumer Reports also took a look at the top ten worst cars for short drivers, which included three General Motors vehicles, including the Chevy Camaro, the Chevy Colorado, and the GMC Canyon.

General Motors introduced the sixth model year for the Chevy Bolt EV back in February, dropping cover on the refreshed all-electric crossover / hatchback alongside the all-new 2022 Chevy Bolt EUV, the latter of which introduces a more practical body style for the nameplate. 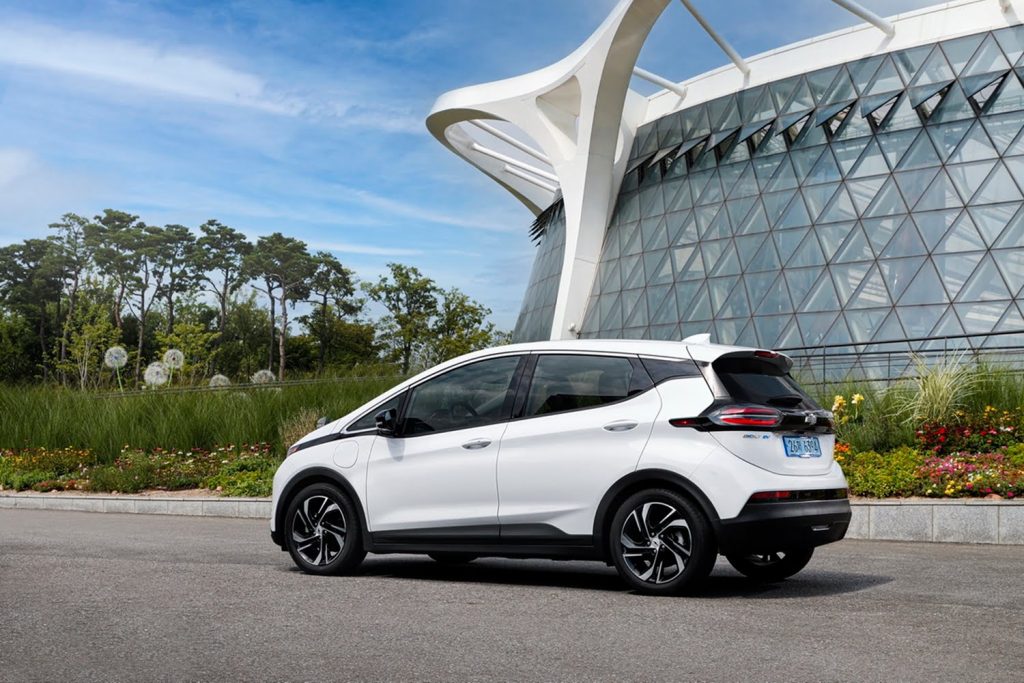 Specs include a 65-kWh lithium-ion battery pack, which provides juice to a single electric drive motor. Range per charge is rated at 259 miles, while output is rated at 200 horsepower and 266 pound-feet of torque. Under the skin, the 2022 Chevy Bolt EV rides on the GM BEV2 platform.