Chevrolet was on par with the industry average in the 2021 J.D. Power Automotive Performance, Execution and Layout (APEAL) study, which ranks automakers based on the emotional attachment and level of excitement experienced by a brand’s customers.

The APEAL study uses survey data to try and measure owners’ emotional attachment and level of excitement with their new vehicle. To conduct the study, J.D. Power surveys owners and asks them to consider and score 37 different attributes of their vehicle, including comfort, driving engagement/excitement and technology. The market research firm then uses survey responses to award brands an APEAL score based on a 1,000-point scale, ranking them in order based on this score.

Chevy was directly on par with the average for mass-market brands in the study with a score of 845. Dodge and Ram were first and second with scores of 882 and 881, respectively, while Nissan was third with a score of 866. 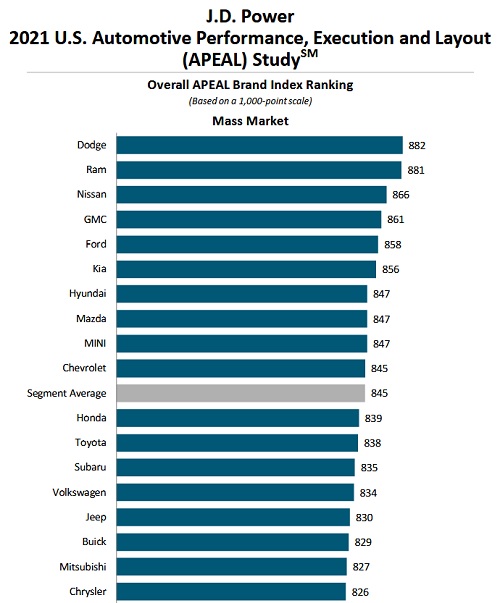 Impressively, Chevy took home three model-level awards in this study. The C8 Corvette Stingray was first in the Premium Sporty Car category, while the Chevy Blazer topped the Midsize SUV category and the Chevy Tahoe won the Large SUV category. 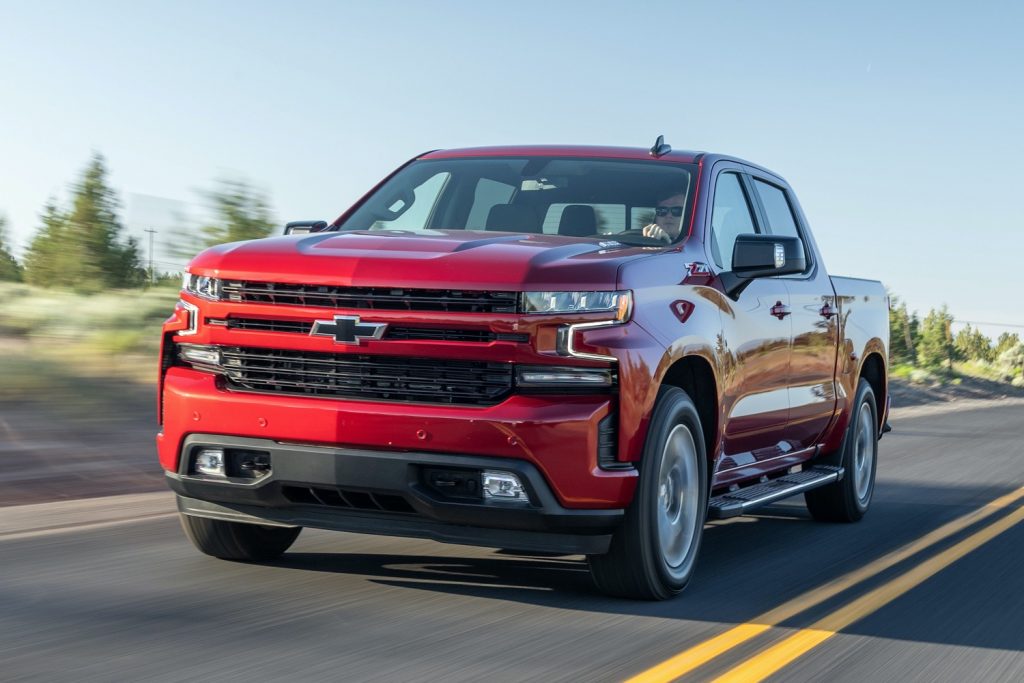 The GMC Sierra HD and Cadillac CT5 also won their respective model categories in this study, making GM the automaker with the most model-level awards for 2021. This suggests that certain vehicles GM makes resonate very well with owners early in the ownership cycle, but its average performance in the brand-level ranking would suggest not all of its vehicles have this same emotional impact on owners.

Survey data for the 2021 APEAL study is the same as the data used in the 2021 J.D. Power U.S. Initial Quality Study, which is based on the responses from 110,827 purchasers and lessees of new 2021 model-year vehicles after 90 days of ownership.