A prototype for the upcoming C8 Corvette Z06 Convertible has been spotted testing by GM Authority photographers for the first time. 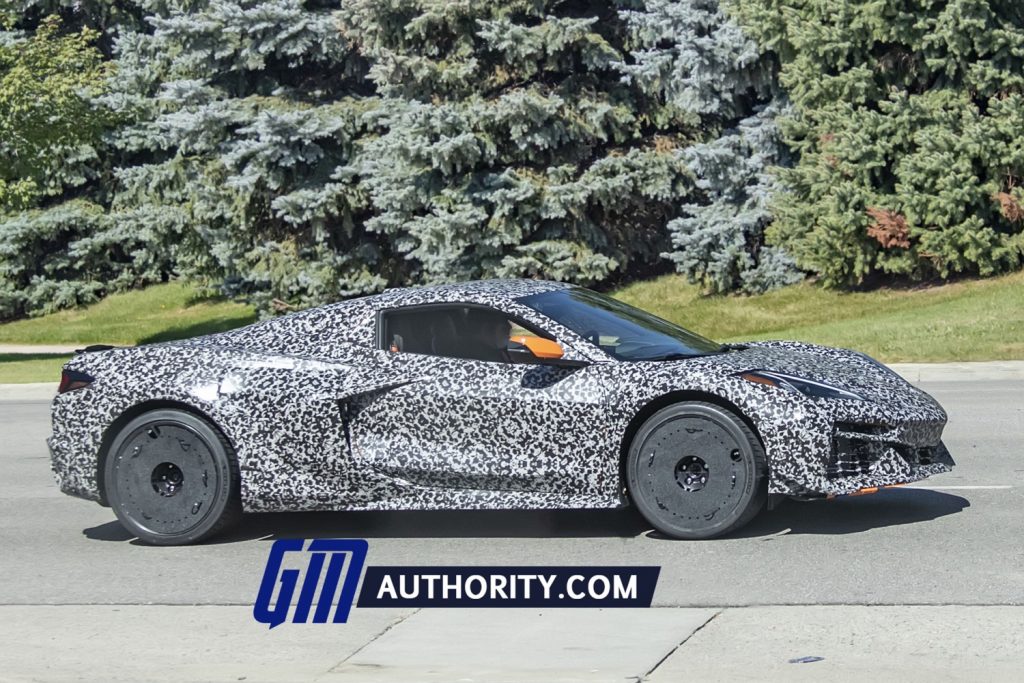 Until now, all previous sightings of the C8 Corvette Z06 in its partially undisguised form have been in the Coupe body style. This marks the first time we’ve spotted the C8 Z06 Convertible, which trades the removable Targa roof panel for a retracting hardtop convertible roof.

In these photos, we can see the C8 Corvette Z06 Convertible’s flat rear deck and vertically-mounted rear window glass, which sit above the Z06’s now-familiar centrally-placed quad-exhaust tips.

We can also see a visible body color on the mirrors and peeking out from the Z06’s aggressive front lower fascia, revealing this camouflaged prototype seems to be painted Amplify Orange. As we already know, Amplify Orange Tintcoat is one of the optional, extra-charge exterior colors available on the C8 Corvette for the 2022 model year. 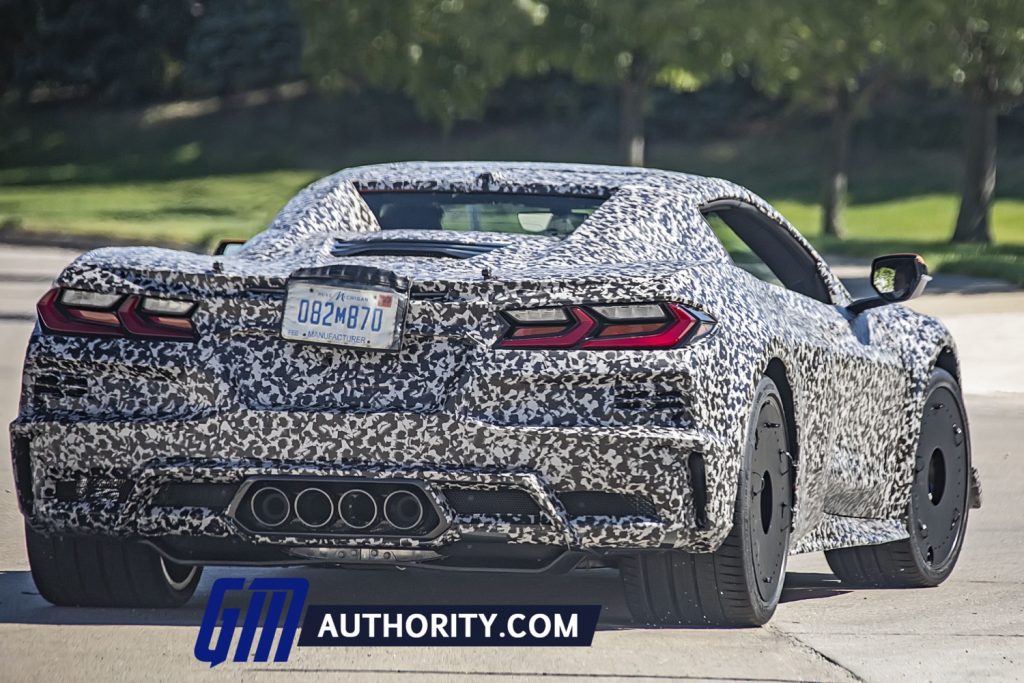 Apart from the addition of the retracting hardtop convertible roof, we expect the C8 Corvette Z06 Convertible to be otherwise identical to the Coupe variant. That means a naturally aspirated 5.5L V8 LT6 gasoline engine will sit midship, putting out around 615 horsepower and nearly 500 pound-feet of torque. Output will be routed to the rear wheels through a quick-shifting eight-speed dual-clutch transmission. 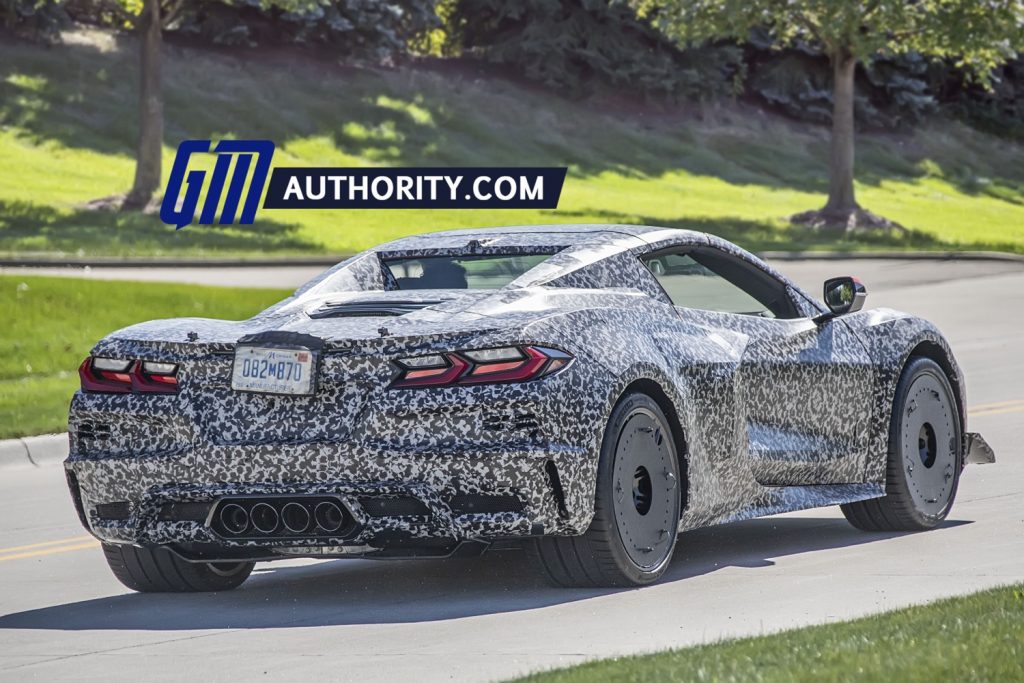 The C8 Corvette Z06 will have more to offer performance enthusiasts than an output hike. The redesigned front fascia and subtle rear lip spoiler will provide additional downforce at speed, sharpening the steering response and improving outright grip. An optional Z07 Performance Package will also be offered, which adds the massive rear wing that GM Authority was the first to report on back in January of 2020, along with other go-fast goodies like a front splitter with dive planes, sticky summer-only tires and lighter wheels. 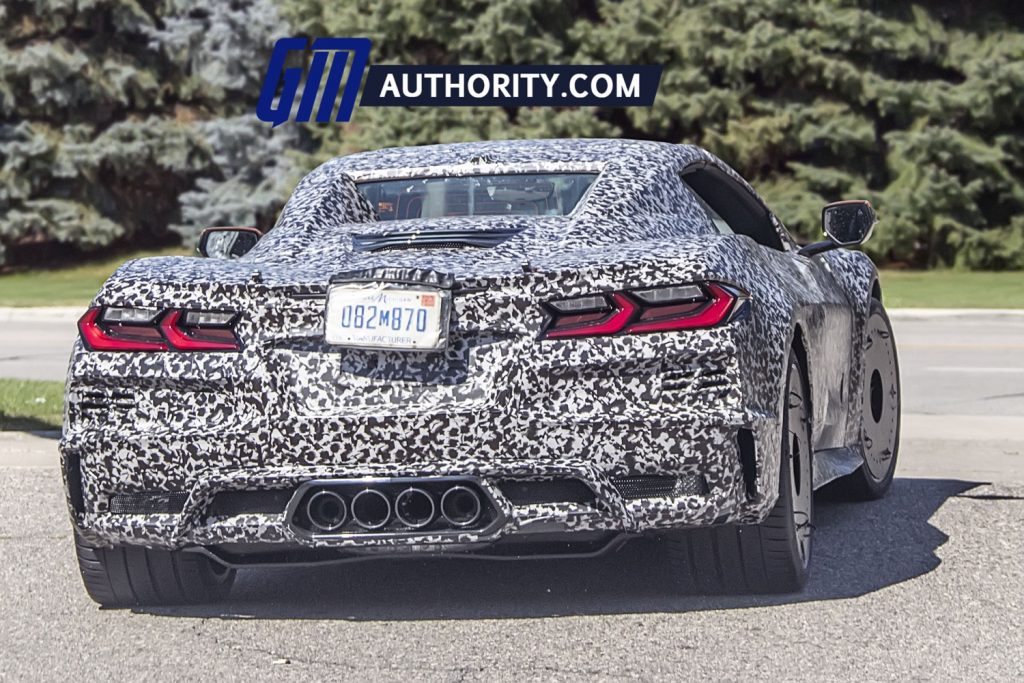 Further details will be revealed when the 2023 C8 Z06 makes its official debut on October 26th. In the meantime, be sure to subscribe to GM Authority for more Corvette Z06 news, Corvette C8 news, Corvette news, Chevy news, and around-the-clock GM news coverage.