The 1969 model year saw first-generation Chevy Camaro production reach its epoch, with 243,085 units leaving the factory. One reason for this was the lengthy production period that ran from September 26th, 1968 to February 26th, 1970.

For the 1969 model year, the Chevy Camaro had a fistful of subtle changes that brought more curb appeal to an already handsome package. The front fenders, rear quarters, rear panel, header, valance, and doors were all redesigned in appearance. Wheel wells were flattened for a more aggressive look, and the standard grille had a new look, with sharper angles. The optional Rally Sport package had vacuum-operated headlight doors. 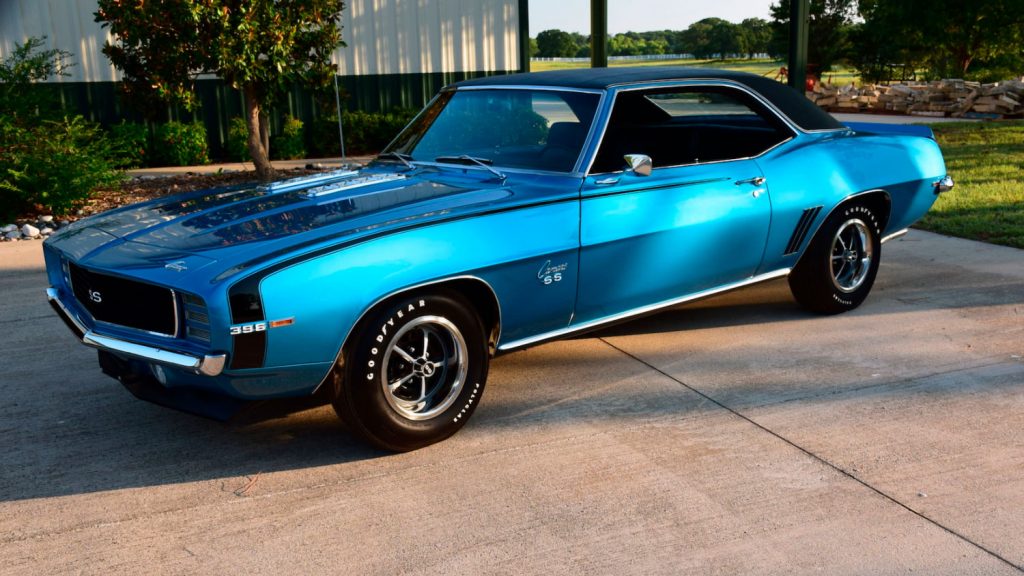 Inside the 1969 Chevy Camaro, the main instrument binnacle pods shifted to a more squared appearance, but the console-mounted instruments remained unchanged from the year before.

Mechanically, four-wheel disc brakes (RPO JL8) were now available as an option on any Chevy Camaro. The legendary COPO (Central Office Production Order) 427 was available for those in the know, as it did not appear on any dealer order guides. The cowl-induction hoods that came with the COPOs could be ordered for any Z/28 or SS Camaro. 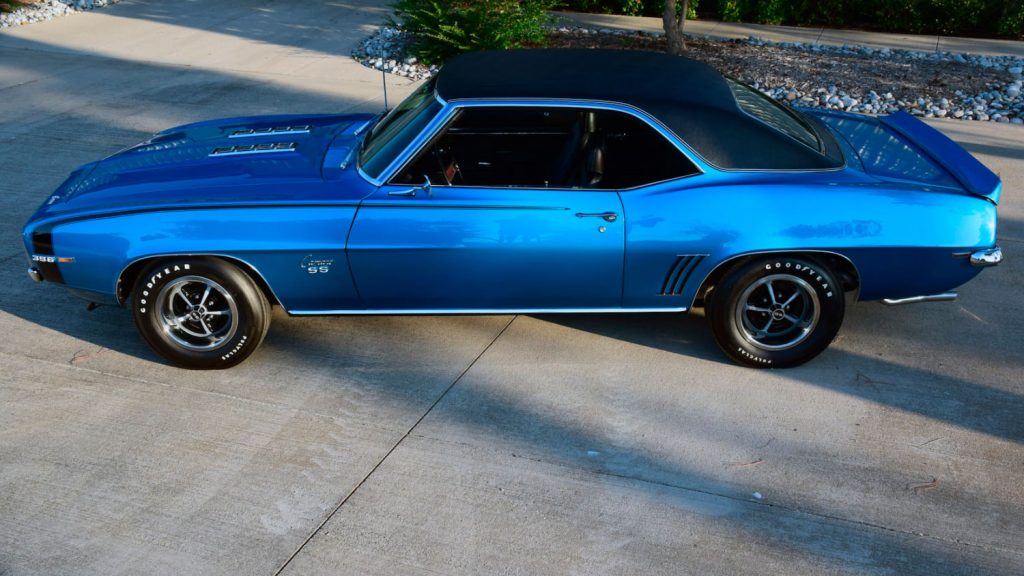 One more item of note for the 1969 Chevy Camaro: For the second time in just three years, the Camaro was chosen to pace the Indianapolis 500. Chevrolet constructed 3,675 Camaro SS Rally Sport convertibles, RPO Z11, in Dover White with orange stripes, orange houndstooth cloth seats, Rally wheels, cowl induction hoods, and a host of other options. A handful of coupe variants that aped the Pace Car replicas were built, with totals between 250 and 500 units. 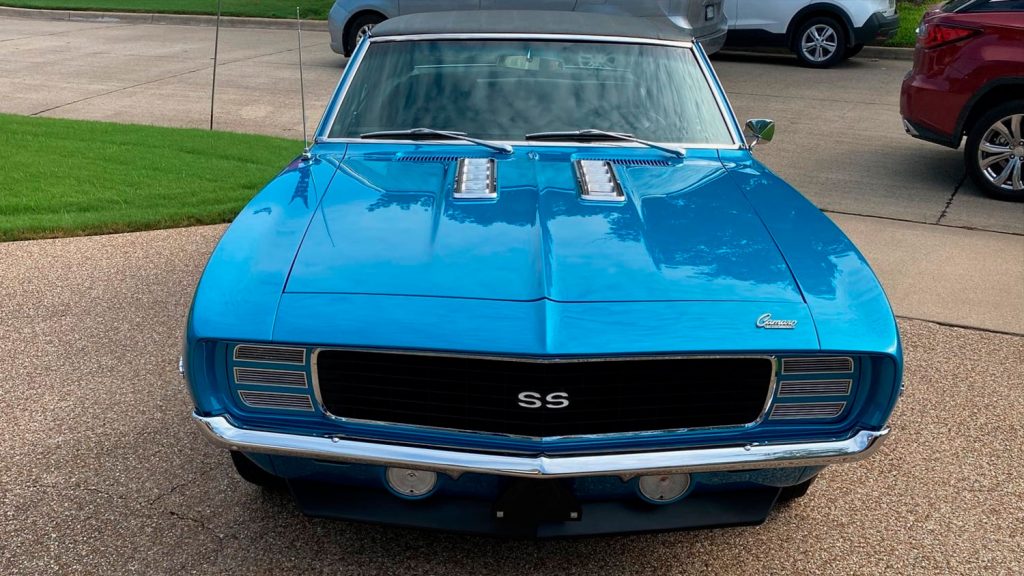 Our feature car is a 1969 Chevy Camaro RS/SS coupe finished in its original shade of LeMans Blue with black vinyl roof and black vinyl interior. It has been the subject of a concours-quality restoration by an award-winning restorer. 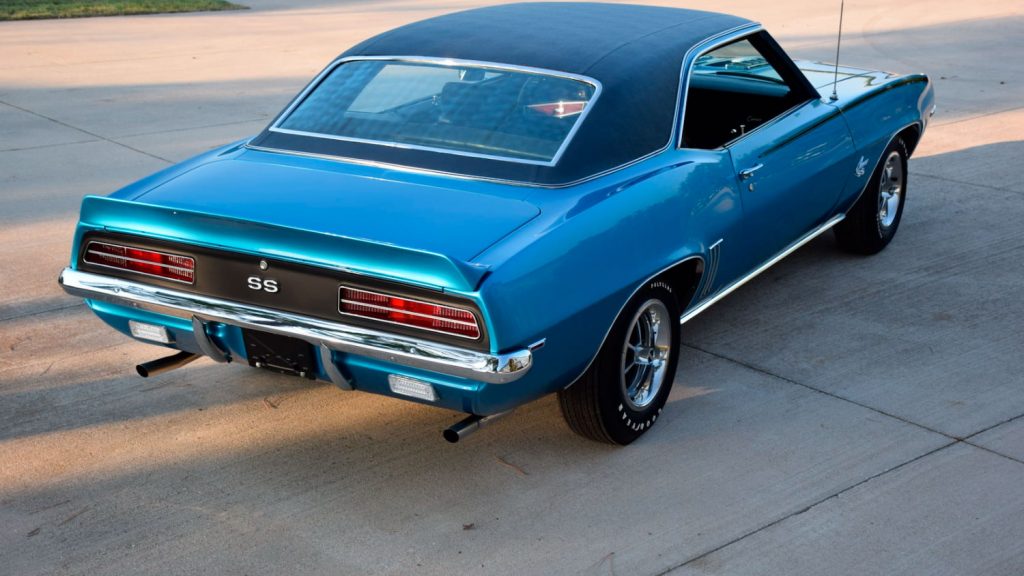 This Chevy Camaro is powered by its original L-78 396 Big Block engine rated at 375 horsepower, topped by a correct Holley four-barrel carb, and backed by a Muncie M20 four-speed manual transmission. The Positraction rear end has a 3.55 gear ratio. The engine bay has been well detailed, and is ready to show at any event. 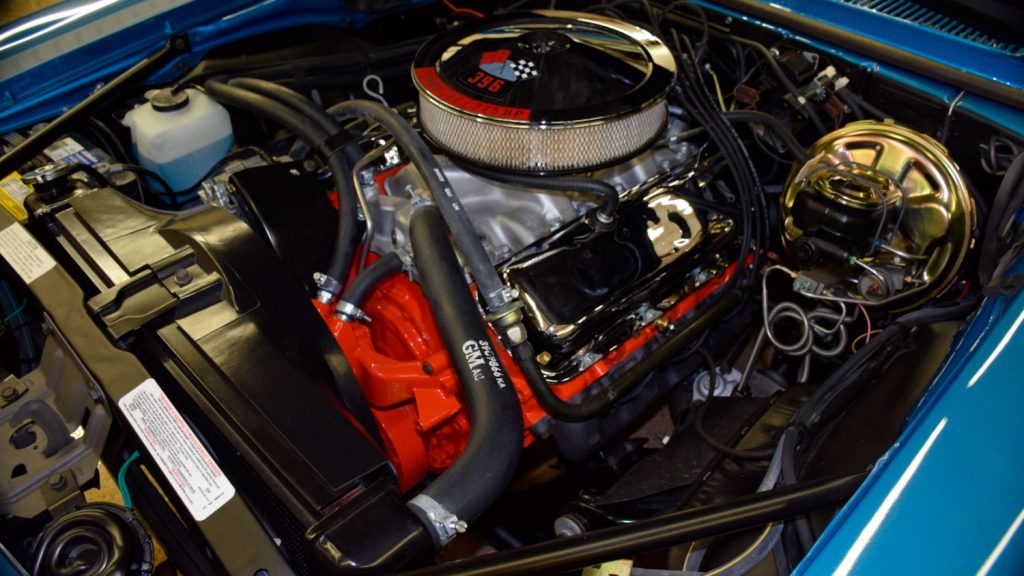 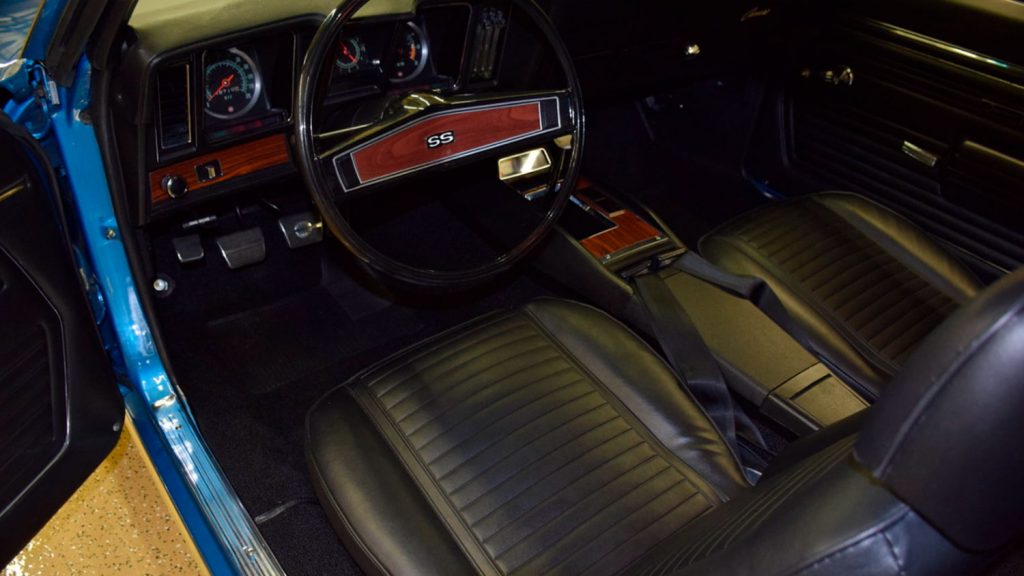 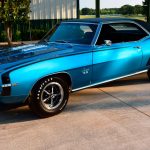 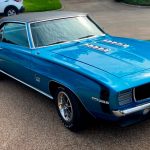 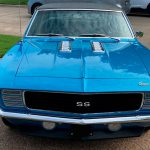 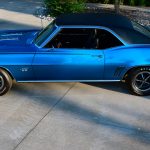 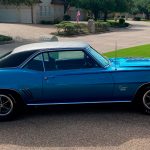 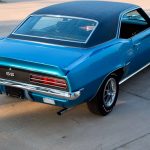 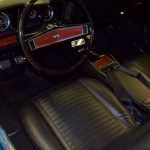 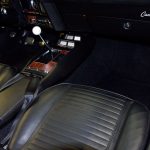 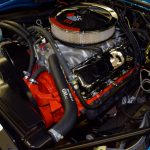 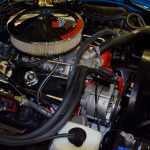