When it comes to famous vans, few have reached the same level of popularity as the GMC Vandura that played a starring role in the classic ‘80s-era action/adventure TV show, The A-Team. Now, one digital artist is reimagining the A-Team van with the modern-day GMC Sierra pickup truck as the foundation. 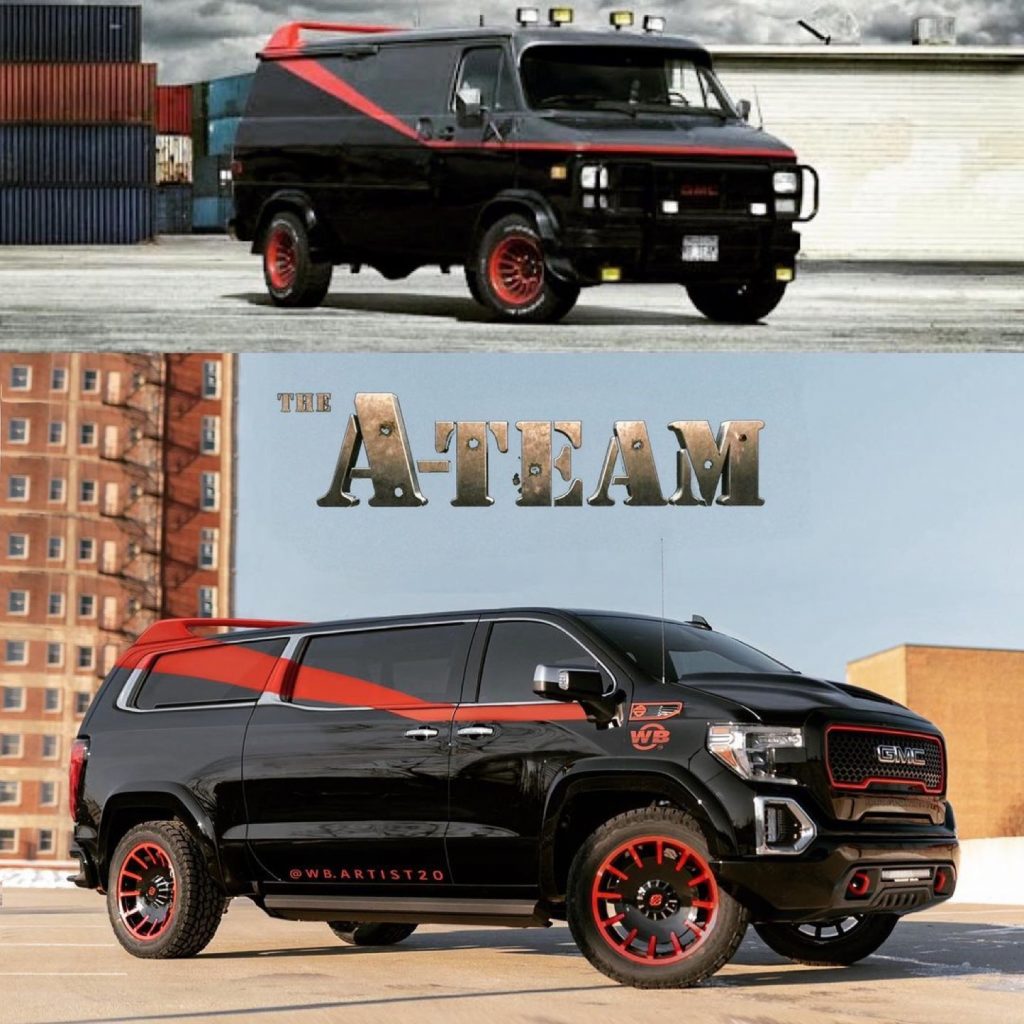 Coming to us from automotive design Oscar Vargas, also known as @wb.artist20, this new A-Team van takes the look of the original GMC Vandura and applies it to the modern GMC Sierra 1500. The front end gets a red finish for the honeycomb-mesh intake insert, while the lower bumper incorporates red how hooks and chrome outlines for the corner fog lights. Up top, there’s a large hood bulge, suggesting that this particular GMC Sierra is packing some heat in terms of the engine spec.

Moving around to the profile, the red accents continue with a classic livery stripe that runs underneath the front windows and up towards the rear of the vehicle, rising at an angle across the tinted rear windows towards a roof-mounted spoiler. The window surrounds are in chrome, as are the door handles and the sideview mirror trim. The rear doors also look like they were extended and made wider to accommodate quick entry and exit.

The wheels mimic the classic multi-spoke rollers of the original A-Team van, once again rocking a black-and-red finish to complement the rest of the theme. 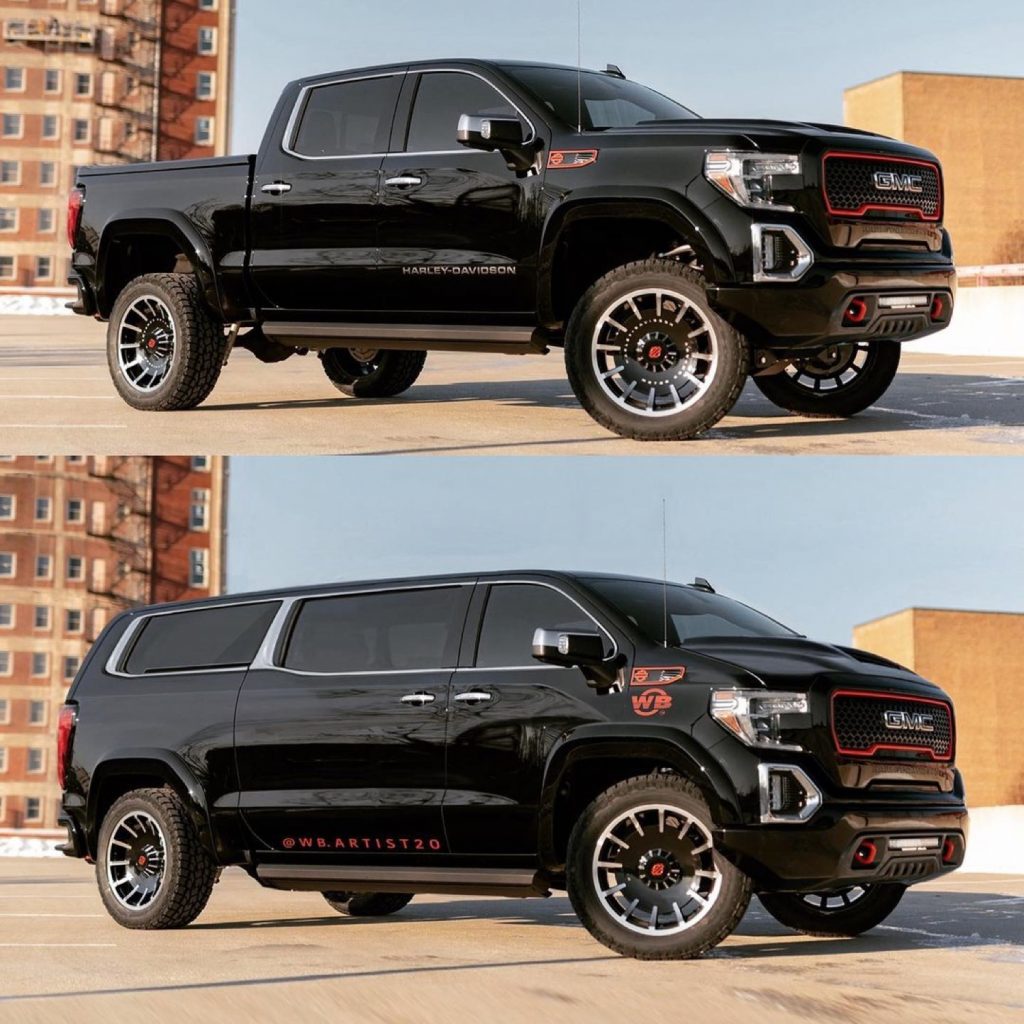 Notably, the artist based the new A-Team rendering on the special edition 2020 GMC Sierra Harley Davidson edition, which comes equipped with several of the custom elements seen here, including the red grille surround and honeycomb insert, 22-inch wheels, and other accents.

The artist also included a few versions of the rendering that are a little more toned-down, deleting the red livery and rear spoiler, while also finishing the wheels in a more mellow silver and black.