Swiss engineering firm ABB has unveiled its new Terra 360 modular charging station, which it says is capable of fully charging any electric vehicle in 15 minutes or less – making it the fastest EV charging station on the market.

The Terra 360 has a maximum output of 360 kW and features dynamic power distribution, enabling it to charge up to four electric vehicles at once. The company says the Terra 360 charging station will be available in Europe from the end of 2021, and will launch in the USA, Latin America and Asia Pacific regions in 2022. 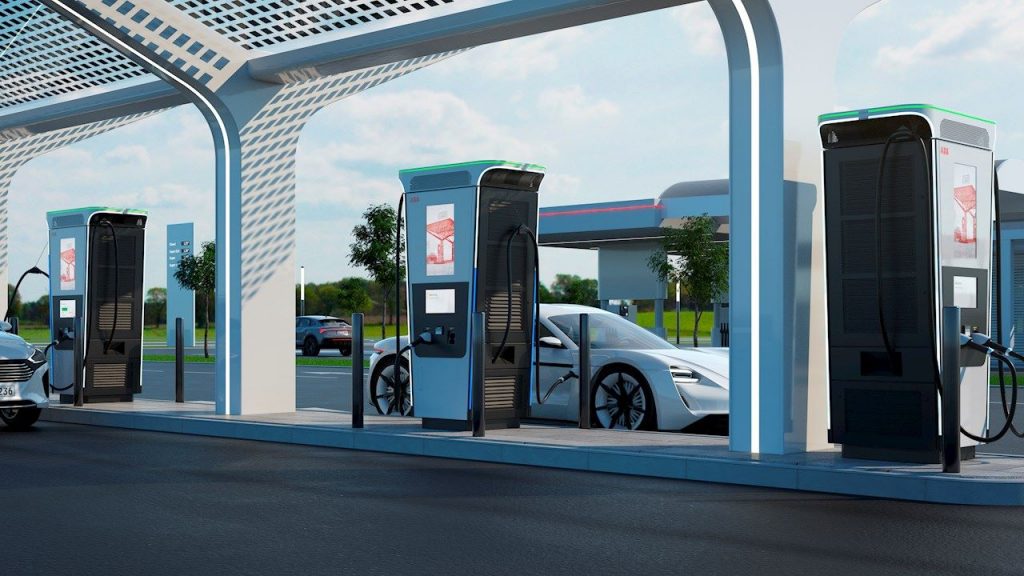 ABB says the Terra 360 is appropriate for use in public charging arrays, such as those found at fueling stations, convenience stores and other retail locations. The charger can also be installed on commercial premises for fleet operators, where it could be used to charge battery-operated fleet vehicles like utility vans or semi-trucks.

One version of the Terra 360 offers an integrated 27-inch advertisement screen, allowing the operator to sell ad space on the charger to negate the cost of installing it. Advertisement screens like this are currently used on certain fuel pumps in the United States and elsewhere.

Frank Muehlon, President of ABB’s E-mobility division, said the Terra 360 is launching at the perfect time, as many countries are now cracking down on emissions-producing vehicles and promoting EV adoption.

“With governments around the world writing public policy that favors electric vehicles and charging networks to combat climate change, the demand for EV charging infrastructure, especially charging stations that are fast, convenient and easy to operate is higher than ever,” said Muehlon. “The Terra 360, with charging options that fit a variety of needs, is the key to fulfilling that demand and accelerating e-mobility adoption globally.”

North American EV drivers may have already used less advanced ABB charging stations, which are currently in use at IONITY and Electrify America charging stations in the United States and Canada. ABB also sells charging solutions for single-home residential housing and apartments/condominiums.

The arrival of the Terra 360 should be welcome news for General Motors, which hopes to drive EV adoption in the coming years with new electric vehicle offerings like the GMC Hummer EV, Cadillac Lyriq and Chevy Silverado EV, among others.