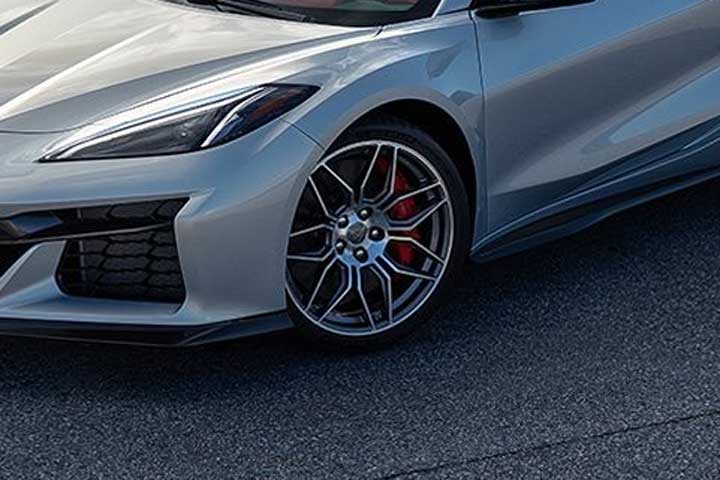 The 2023 Corvette Z06 promises substantially enhanced performance over the standard Chevy Corvette C8 Stingray, which is reflected in the former’s aggressive exterior design.

Let’s start in front, where the 2023 Corvette Z06 makes its presence known with a sharp front fascia and wide stance. The C8’s pointed headlights once again push the eye forward to a crossed-flag logo on the nose and a revised front bumper treatment, the latter of which gets more exaggerated styling lines and a prominent lower splitter. The bumper includes larger intakes and a swoopier style than the C8 Stingray, while the fenders are wider, giving the new Corvette Z06 a widebody stance. 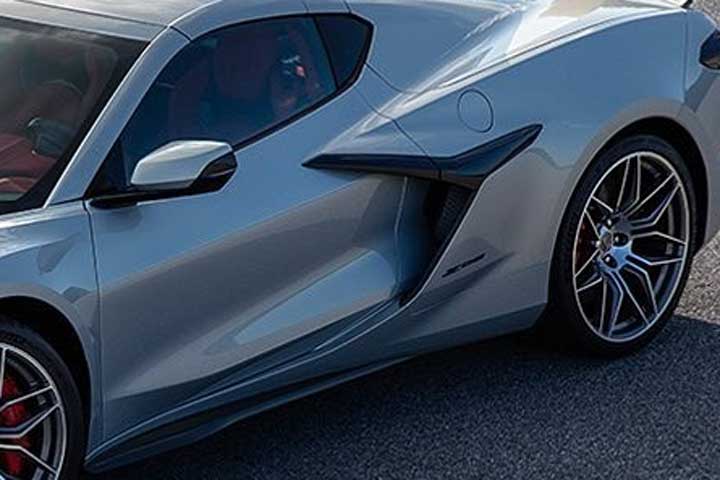 Moving over to the profile view, we spot some tasty new wheels, which boast a split-spoke design that drips with race-inspired vibes. Under the rollers are large brakes with red-finished calipers.

The side view also gives us a look at the Corvette Z06’s “wishbone” side intake trim, which differs from the “boomerang” side intake trim found on the C8 Corvette Stingray. This new side intake treatment also impacts the surface styling of the door line and the rear quarter panels, both of which collaborate to form the widebody treatment of the Z06.

The rear of the new 2023 Corvette Z06 is adorned with a new spoiler that forms two upward flicks around the sides, with a narrower section in the center. Although General Motors only provided this single front three-quarters image, we also know that the new Z06 will come equipped with a center-exit exhaust incorporating quad exhaust tips.

As for the greasy bits, expect the 2023 Corvette Z06 to mount the naturally aspirated 5.5L V8 LT6 gasoline engine, which is expected to dole out roughly 615 horsepower and nearly 500 pound-feet of torque.