From its inception, the Chevrolet Nova was an economy car. The original version, the Chevy II, was a stripped-down compact built for basic transportation that later became a fire-breathing monster with the liberal application of both Small Block and Big Block horsepower. 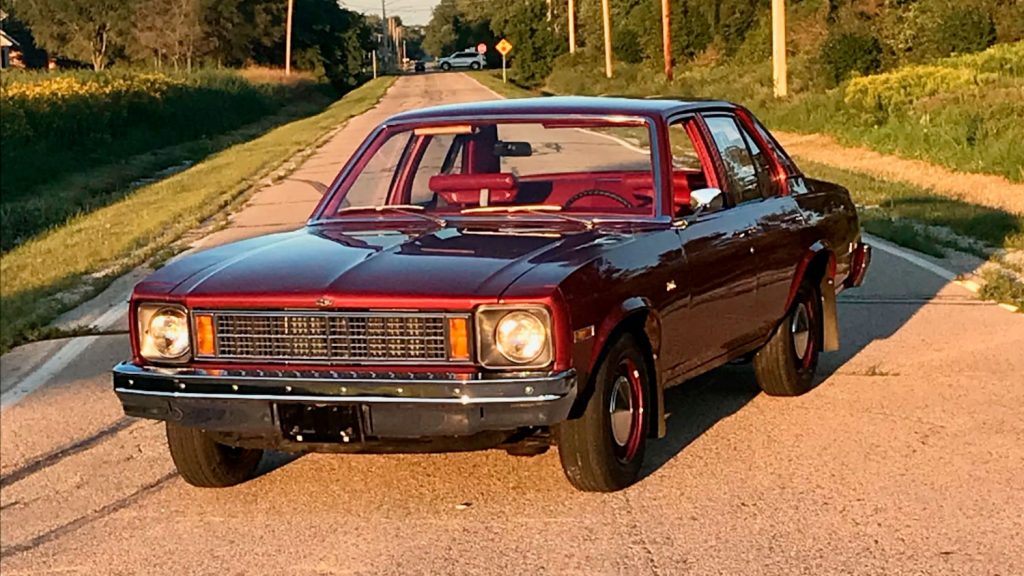 Built for the penultimate year of the Chevrolet Nova’s fifth generation, the 1978 Nova utilized the same grille used in the 1976-1977 Novas, with a gold Chevy Bow Tie emblem at the hood’s leading edge. Sadly, the following year would mark the Nova’s last until it was revived in 1985 as a re-badged version of the Toyota Corolla. 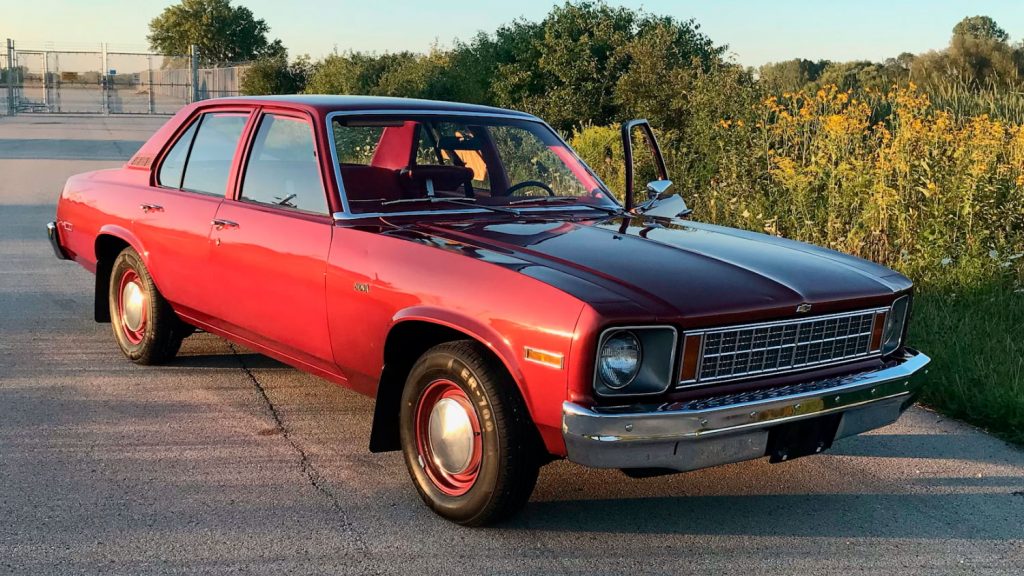 Our feature 1978 Chevy Nova is a bare-bones economy version. Stored for thirty-five years, it has covered just 5,310 miles from new. This number is even more surprising considering these base models were intended to be basic transportation and would have little to spur collector interest. 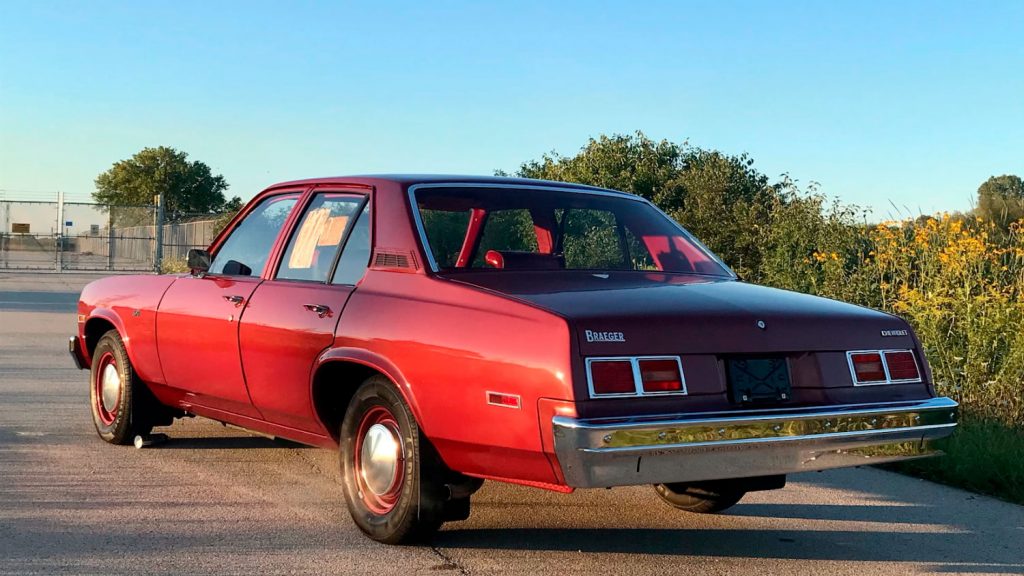 This Chevrolet Nova is painted in its original Carmine Red Metallic hue. The paint looks to have held up quite well, retaining significant gloss. There is a small dent in the nose adjacent the Bow Tie emblem, on the passenger side. Mud flaps have been fitted at all four wheel openings. Painted steel wheels have the basic dog dish hubcaps. The original window stickers, somewhat discolored from age, are still in the driver’s side rear door window. 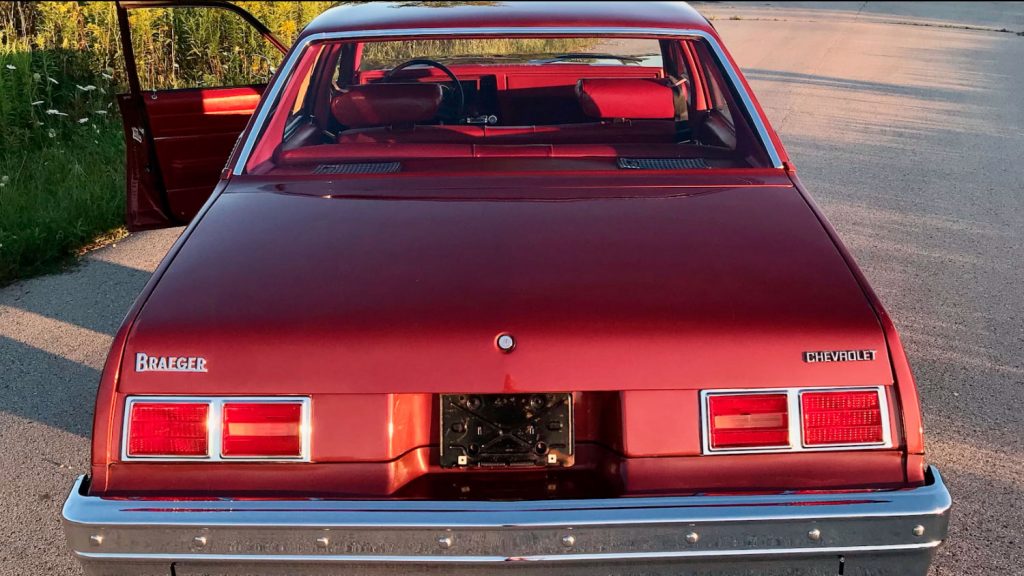 Inside the Chevy Nova, everything presents as new or nearly so. The seatbelt operation sleeve is still in place on the passenger-side sun visor. The carpet and vinyl seats are both colorfast and free of any signs of wear. Gauges are crisp and clear. There are no cracks on the dash. In fact, the interior shows no sign of having been exposed to the elements. The Nova is propelled by a 250 cubic-inch inline six cylinder engine backed by a column-shifted three-speed manual transmission. It is equipped with power steering. 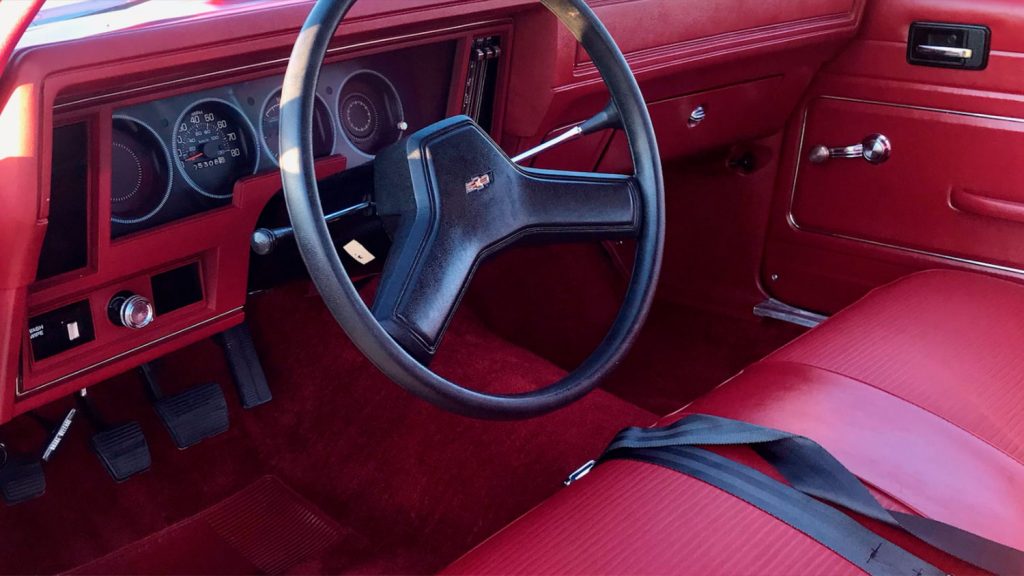 This mint Chevrolet Nova will be crossing the auction block at the Mecum Auctions Chicago event taking place October 21st-23rd. 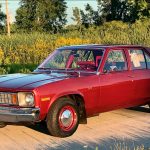 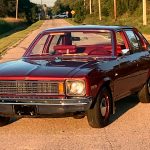 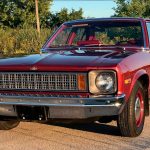 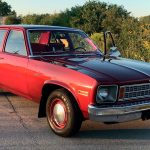 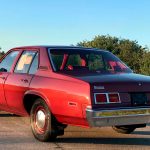 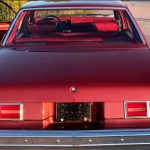 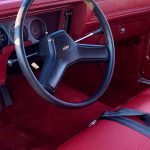 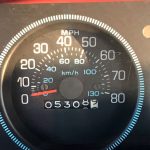 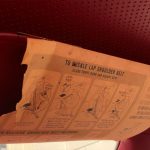 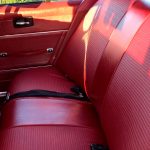 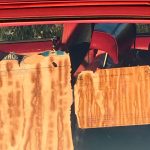 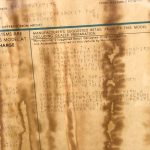