The 2023 GMC Sierra HD is set to introduce a model refresh with a variety of changes and updates, including new styling. Now, we’re getting an early look at the heavy-duty pickup’s revised exterior with the following spy photos. 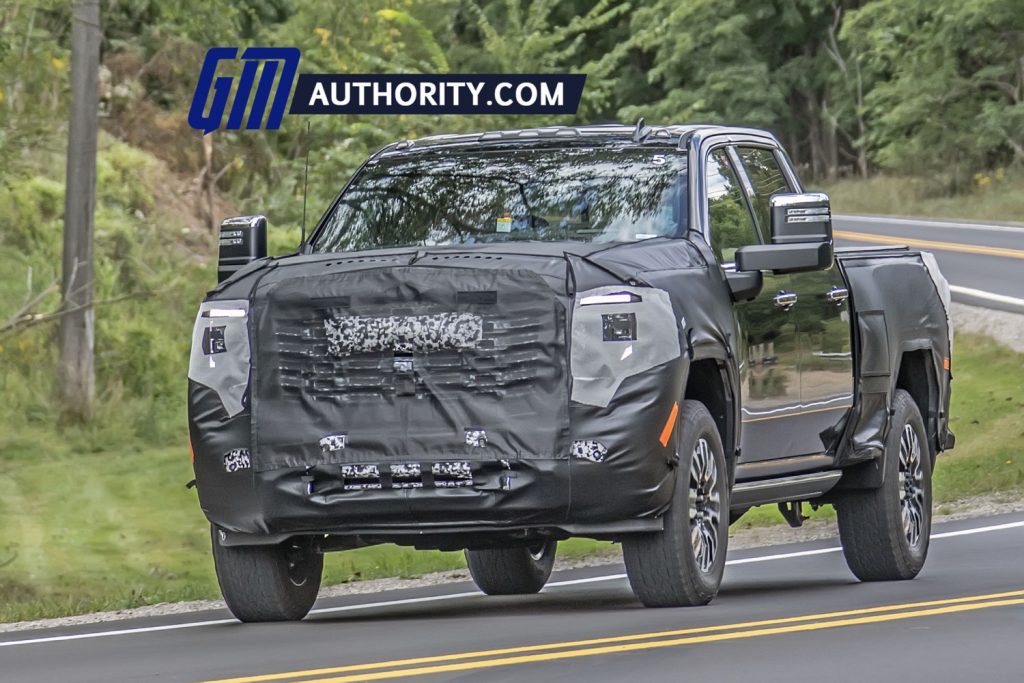 Initial prototypes for the refreshed 2023 GMC Sierra HD included early placeholder lighting. Now, however, development for the heavy-duty pickup’s upcoming facelift has progressed, and as such, we’re getting an eyeful of a prototype testing on public roads with the production-spec headlights.

In fact, this is our first look at the 2023 GMC Sierra HD’s new LED lighting signature and headlight unit, which are visible through small cutouts in the camouflage mesh covering the refreshed front end. 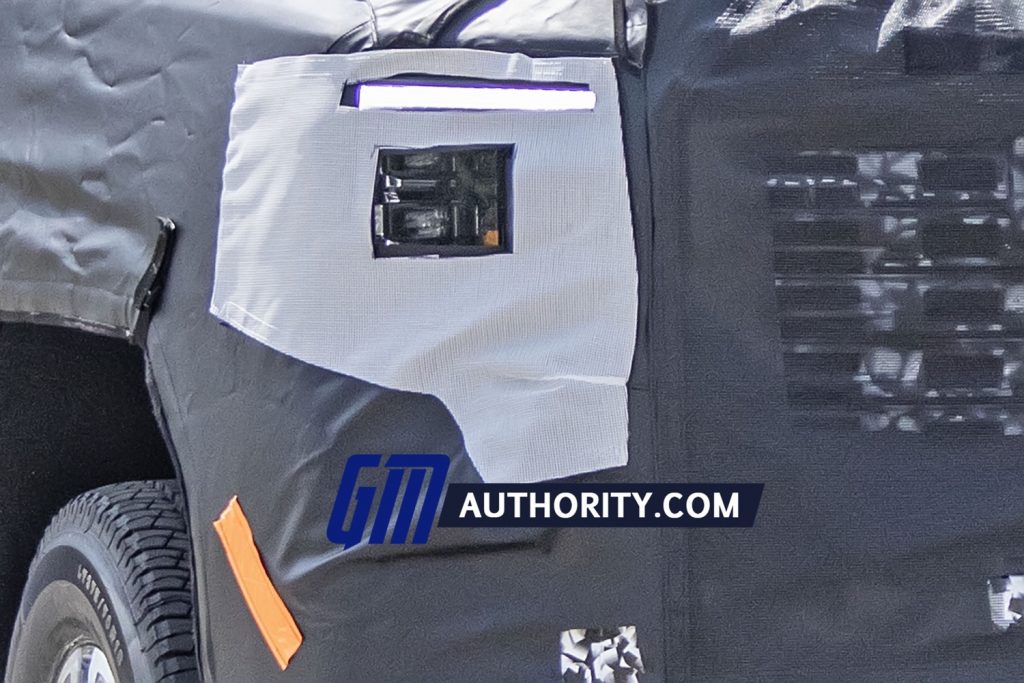 Interestingly, the refreshed 2023 GMC Sierra headlights appear to have a new “projector beam” design. Rather than the vertically stacked three-light cluster equipped by the current pickup, these revised headlights may instead incorporate a four-light cluster that’s arranged higher in the front fascia. 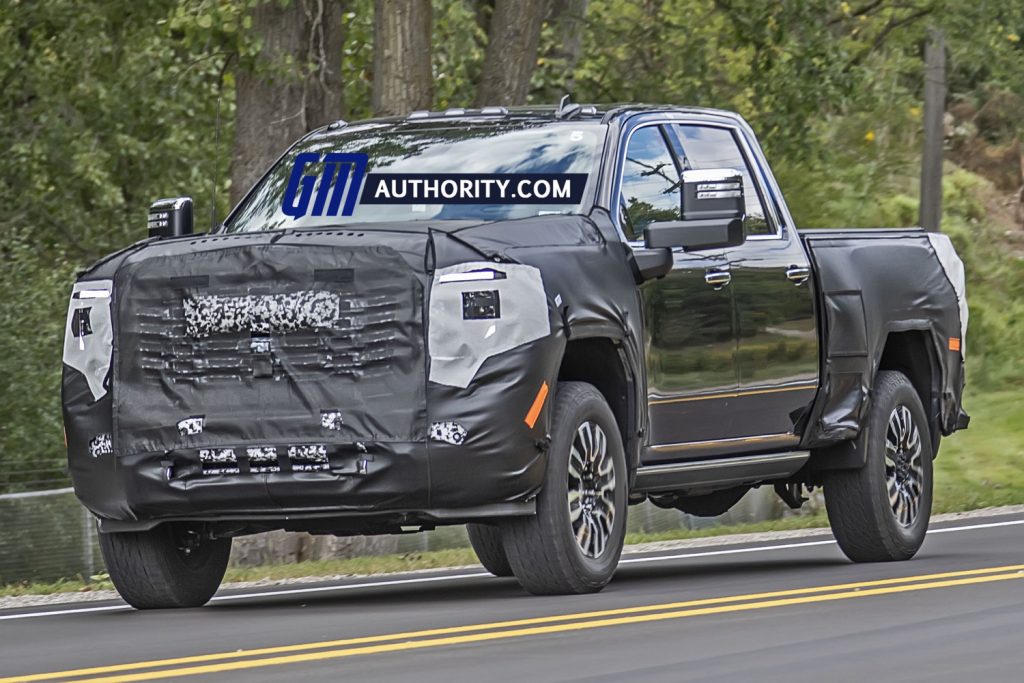 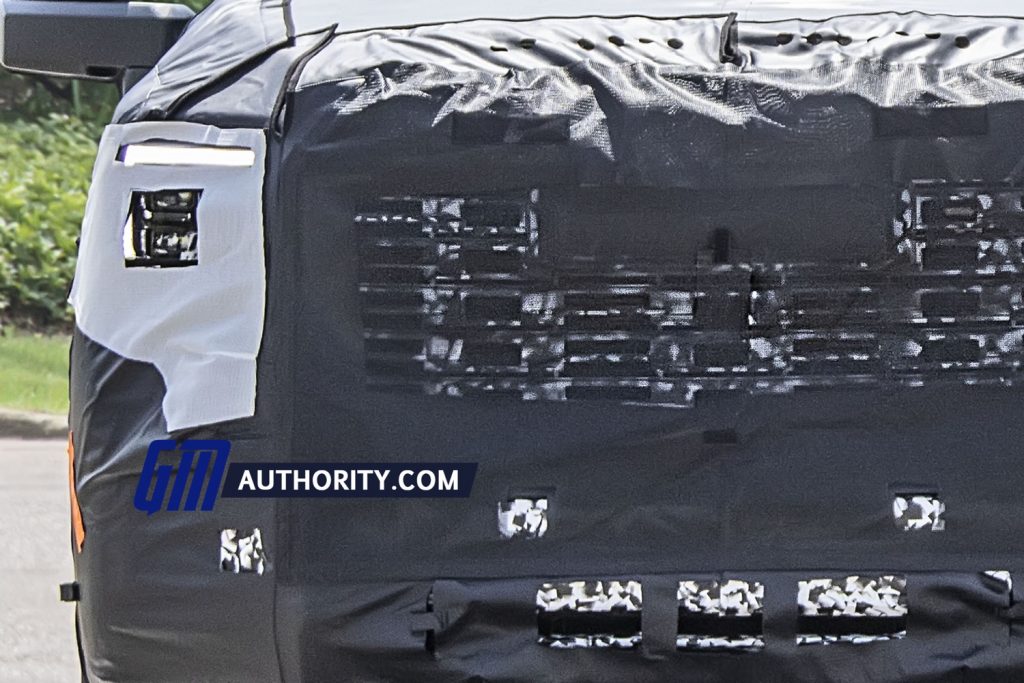 Originally, GM Authority reported that the GMC Sierra HD model refresh would debut with the introduction of the 2023 model year, but due to complications stemming from the COVID-19 pandemic and ongoing global microchip shortage, it was later stated that the refresh could be delayed to the 2024 model year. Now, however, GM Authority has learned that the refreshed GMC Sierra HD is back on track for the 2023 model year, at least for the time being. 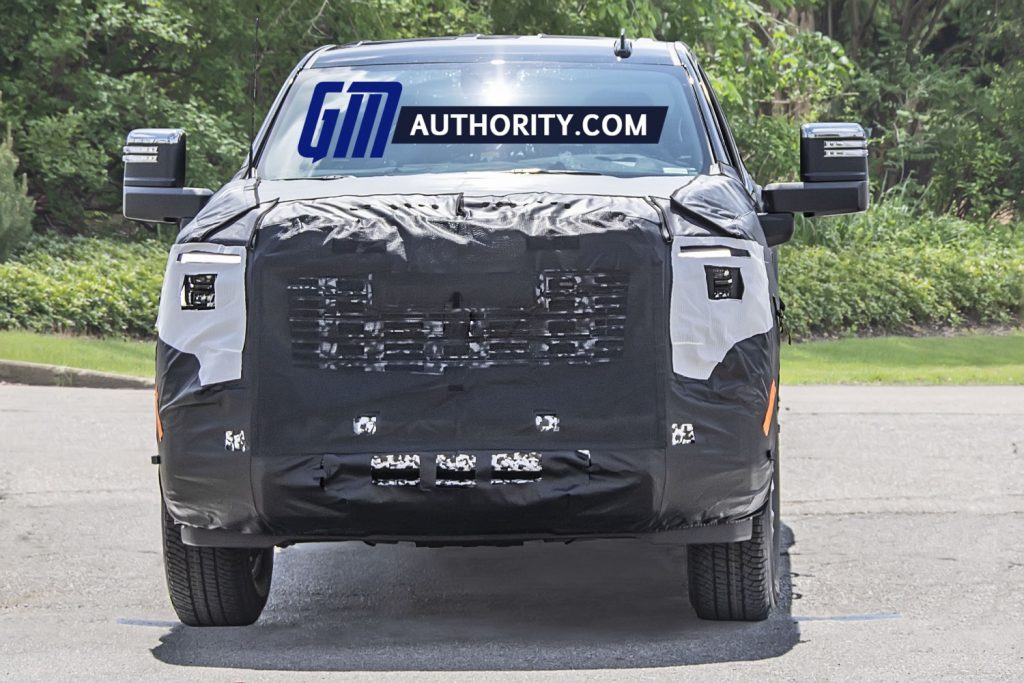 In addition to new exterior styling up front, the refreshed 2023 GMC Sierra HD is also expected to introduce new styling in the rear, a new interior, and potentially a few powertrain updates as well.