General Motors is gearing up to release an all-new third generation for the GMC Canyon pickup truck, introducing a raft of changes and updates with the overhauled 2023-model-year vehicle. Now, we have new spy photos that reveal the 2023 GMC Canyon AT4 off-roader conducting some real-world high-altitude testing in Colorado. 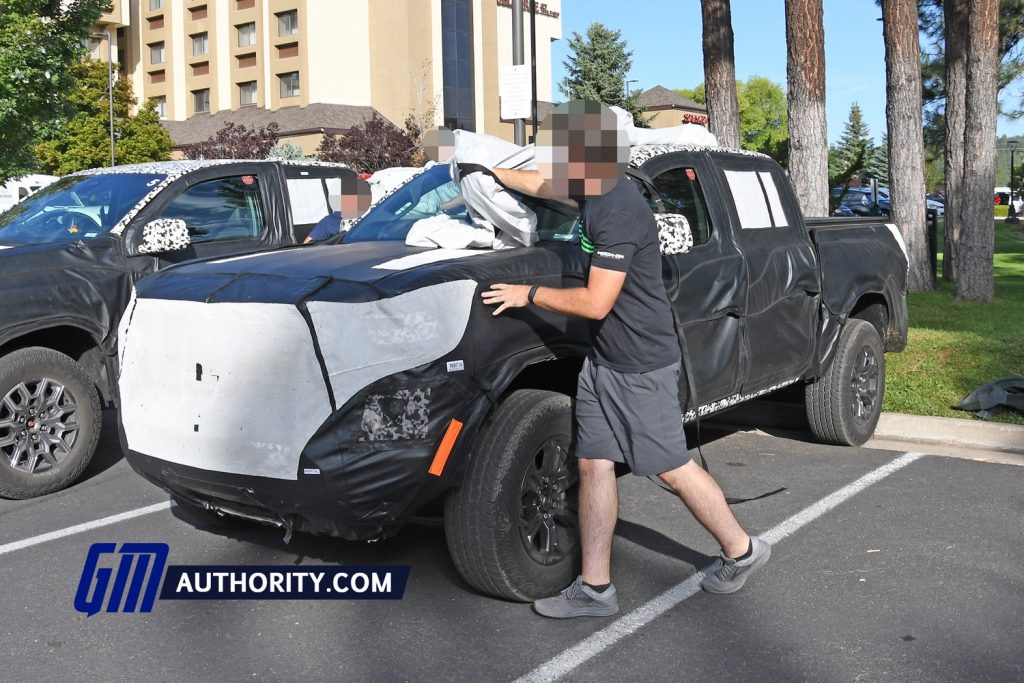 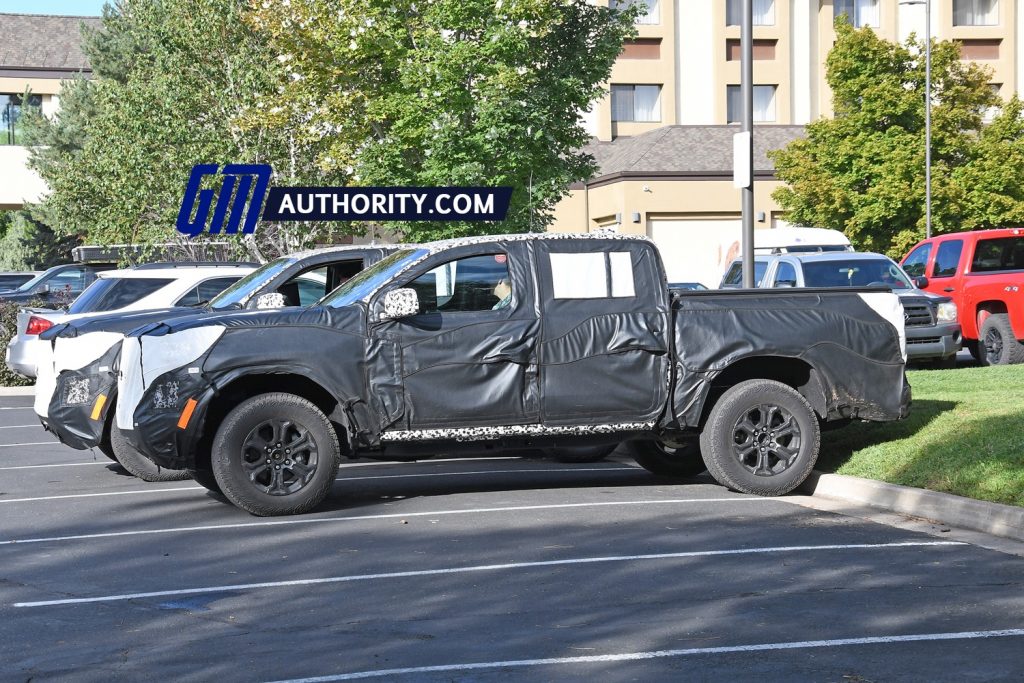 Naturally, the 2023 GMC Canyon will offer loads of ground clearance, which means any running boards that are offered will be available as an optional extra and will hug the body. That emphasis on clearance will continue to the revised front fascia, which will offer an aggressive approach angle for those looking to tackle some trails. The new front fascia will also have new LED lighting with vertically oriented signatures. 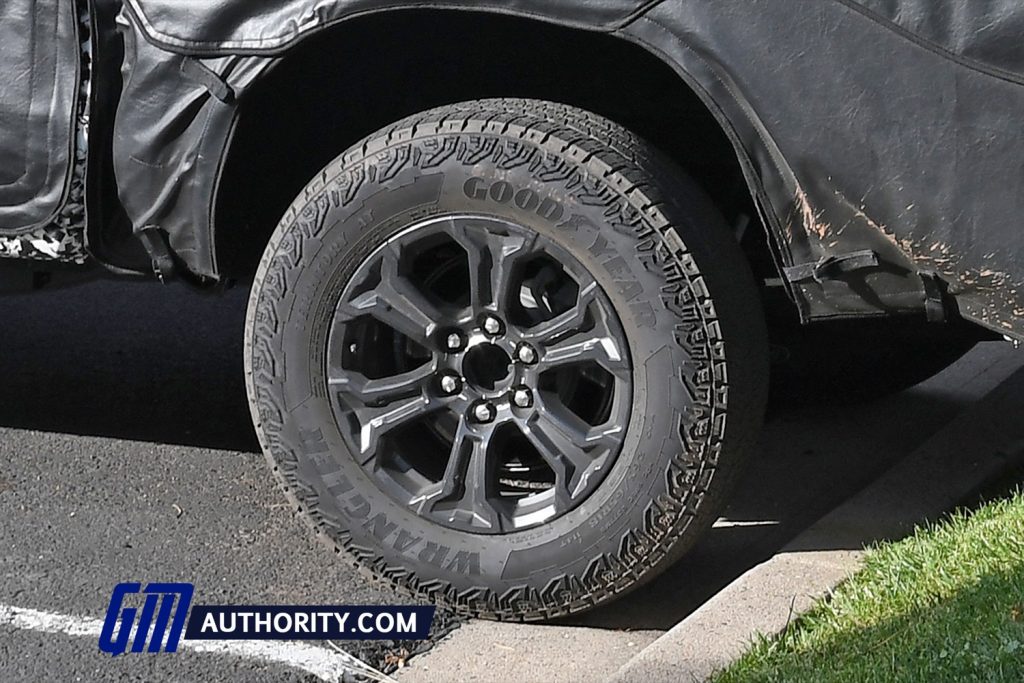 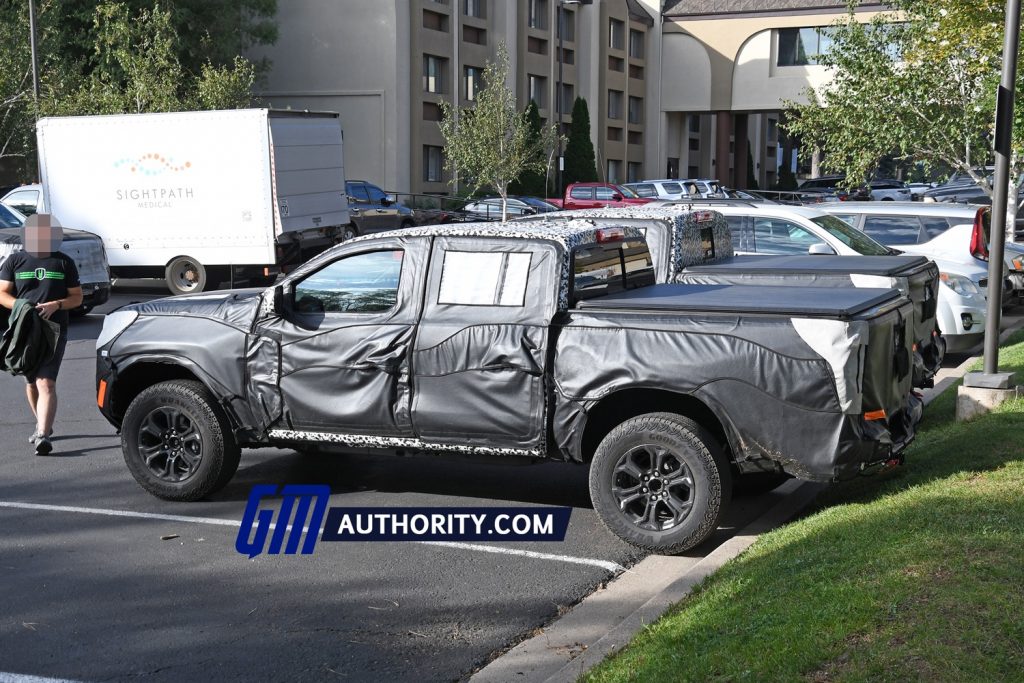 Under the skin, the 2023 GMC Canyon will ride on an updated version of the current GMT-31XX midsize body-one-frame platform, dubbed 31XX-2. The exterior styling and interior will both be completely revised, while under the hood, the pickup will run the all-new turbocharged 2.7L I4 L3B gasoline engine. The L3B is also offered in the current GMC Sierra 1500, where it’s rated at 310 horsepower and 348 pound-feet of torque, as well as the refreshed 2022 Chevy Silverado 1500, where it produces 20 percent more torque for 420 pound-feet total.  A 10-speed automatic will be on deck for shifting. 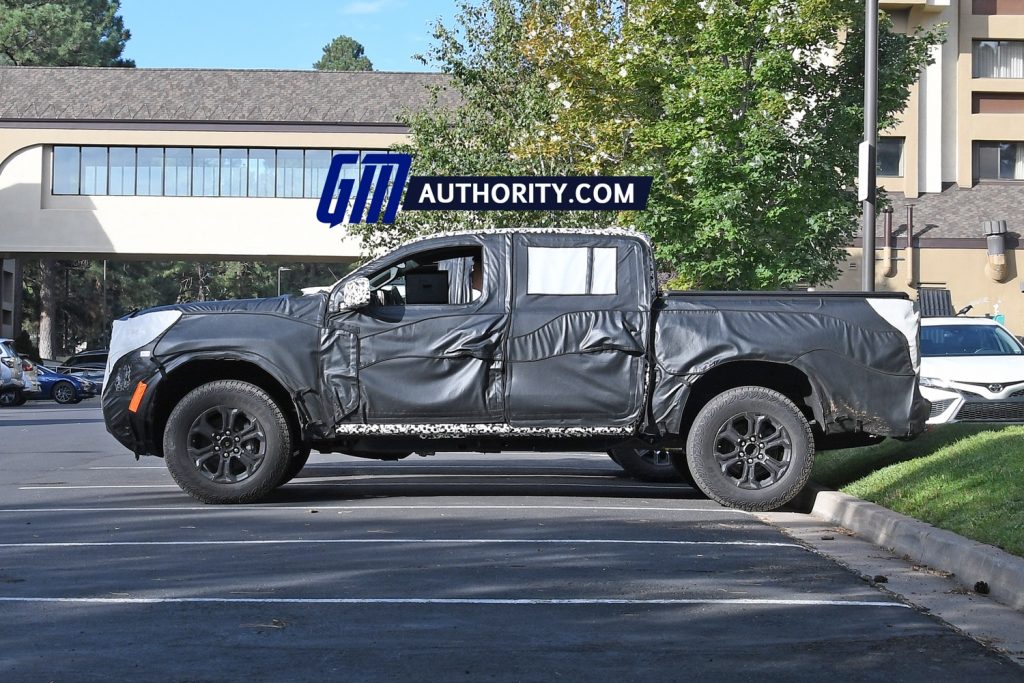 One final note – General Motors is also expected to debut the new GMC Canyon AT4X with the 2023 model year, giving off-roading enthusiasts an even more-capable trim level option in the new Canyon lineup. The prototype here, however, appears to be the “standard” AT4.