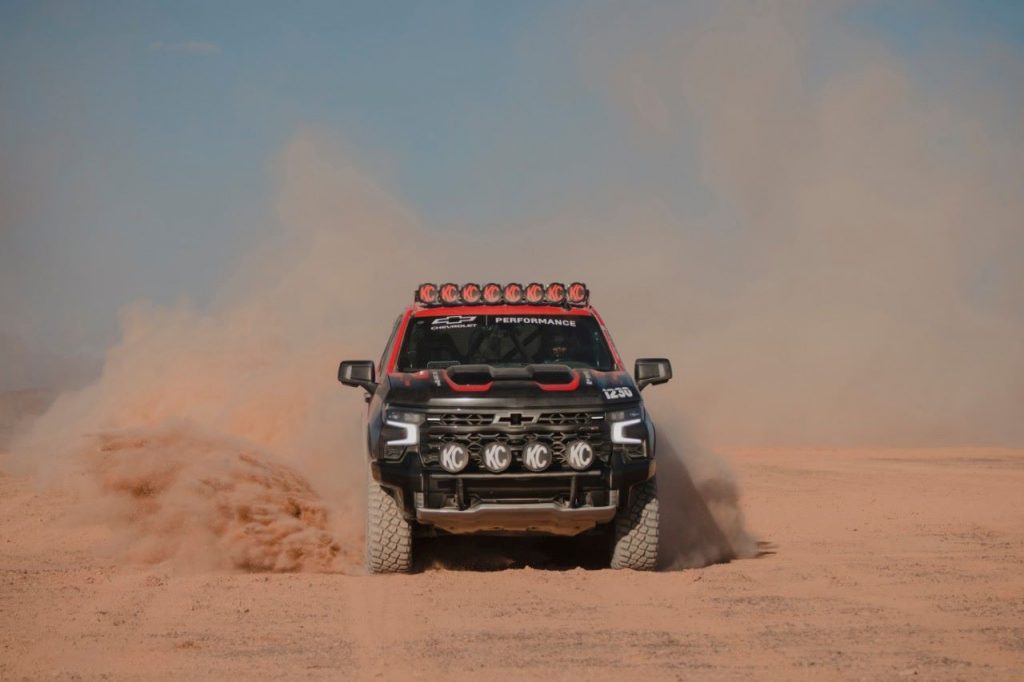 Clocking in at just a minute in length, the video features the 2022 Silverado ZR2 racing truck. As GM Authority covered previously, General Motors teamed up with off-road racing champion Chad Hall, who helped to test and validate the new ZR2 for more than a year before it was launched, wheeling an early prototype model to success in competition.

That testing and validation work carries over to the production vehicle, which is equipped with many of the same components and upgrades as the racing prototype. For example, the Silverado ZR2 runs a set of sturdy underbody skid plates to protect the engine and drivetrain when bashing through rough terrain. The front end of the truck is also unique, and includes a functional Flow Tie badge on the nose, as well as a high-rise steel front bumper with removable end caps that provides an enhanced 31.8-degree approach angle. 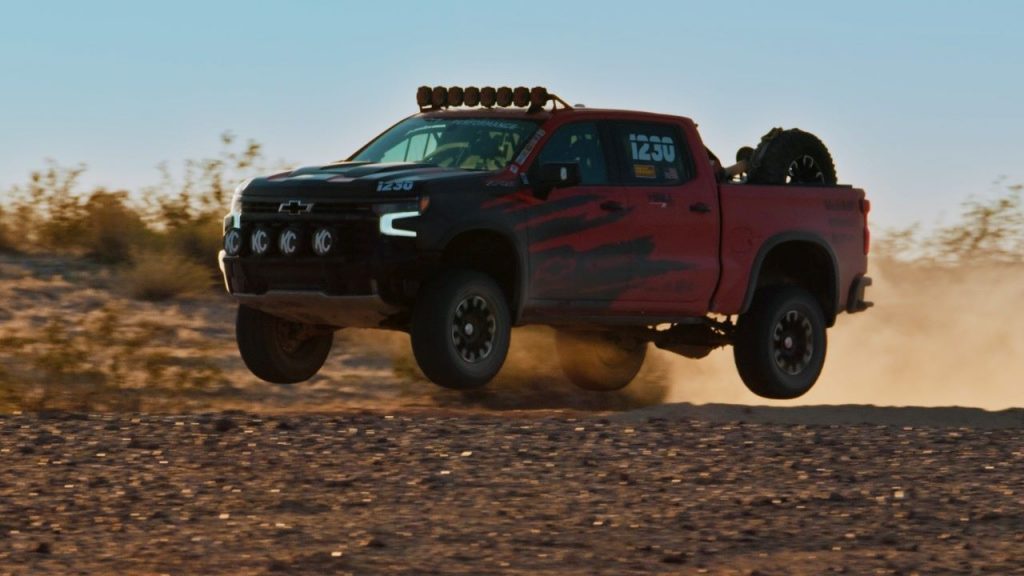 The engine spec incorporates GM’s naturally aspirated 6.2L V8 L87 gasoline engine, which is rated at 420 horsepower and 460 pound-feet of torque, all of which is routed through a 10-speed automatic transmission feeding a robust four-wheel drive system.

The suspension setup is also noteworthy. In the corners, the Silverado ZR2 runs a set of advanced Multimatic DSSV dampers, similar to those found on the Chevy Colorado ZR2. Highlights include three separate spool valves and three fluid flow chambers for superb damping control, as well as retuned springs for maximum front and rear suspension travel.

Indeed, the 2022 Chevy Silverado ZR2 is an impressive bit of kit, whether you’re talking about the race truck, or the production vehicle. Check it out in action with the video below: