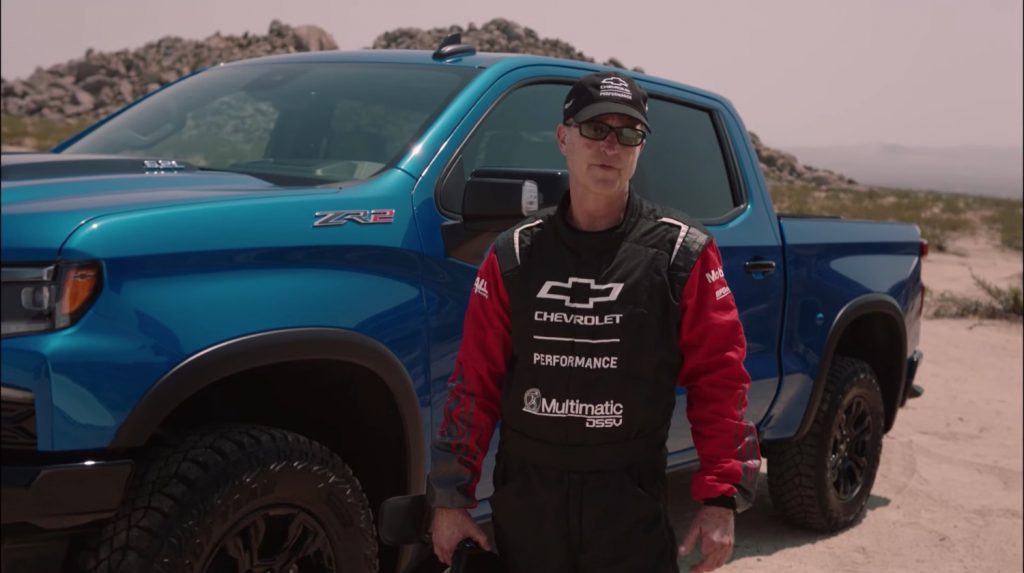 For those readers who may not know, Chad Hall is the son of the late Rod Hall, the famous off-roading champion who was inducted into the Off-Road Motorsports Hall of Fame. The Hall family has raced in every Baja 1000 event ever held, with Chad running Rod Hall Products and participating in various off-road races himself, including the Best of the Desert series.

Naturally, Hall knows his way around an off-roader, making him a fantastic choice for testing out the 2022 Chevy Silverado ZR2. What’s more, Hall has been racing the ZR2 for about a year now, taking an early prototype model to the limit in competition. 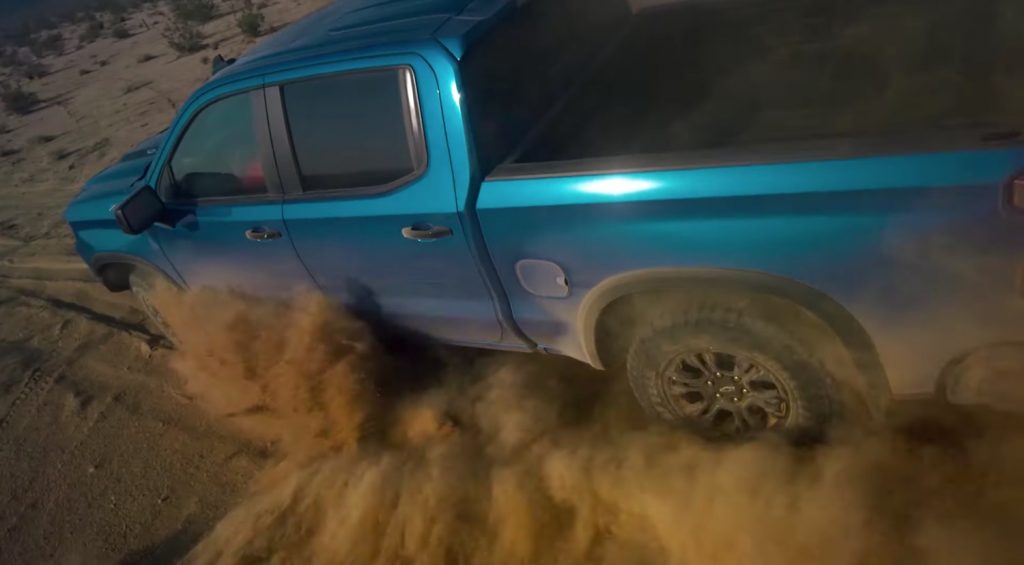 To help it conquer the rough stuff, the 2022 Chevy Silverado ZR2 runs a set of 33-inch Goodyear Wrangler Territory tires, with the suspension upgraded by the addition of advanced Multimatic DSSV dampers, the latter of which include three separate spool valves and three fluid flow chambers, enabling enhanced damping control. The springs were also retuned for maximum front and rear travel.

Providing the muscle is the naturally aspirated 6.2L V8 L87 gasoline engine, rated at 420 horsepower and 460 pound-feet of torque. The ‘eight connects to all four wheels through a 10-speed automatic transmission. 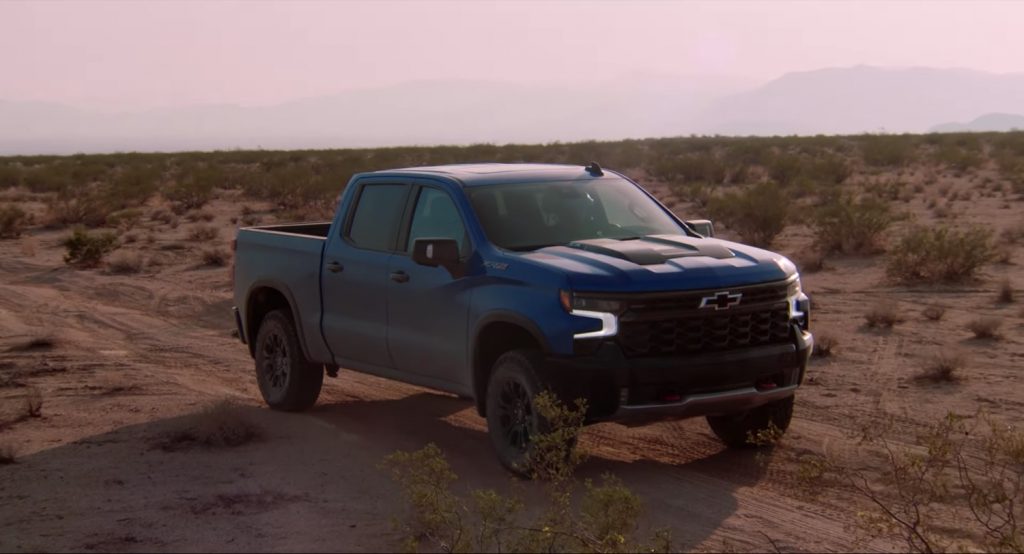 The exterior was upgraded as well, boasting a high-approach steel front bumper with removable end caps. Approach angle is now rated at 31.8 degrees, while underbody skid plates keep the greasy bits out of harm’s way.

Watch the 2022 Chevy Silverado ZR2 in action below: