General Motors introduced the Oldsmobile Cutlass for the 1961 model year as a trim level built on the compact F-85 unibody platform. The Cutlass would continue to be produced over four decades in various guises, finding its greatest success as an intermediate-sized body-on-frame configuration. 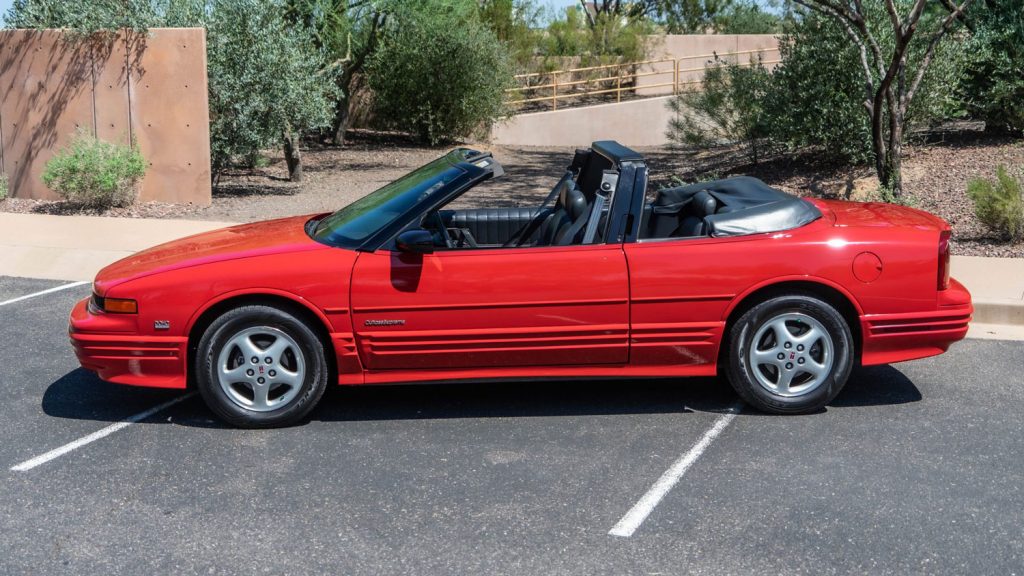 The Oldsmobile Cutlass would undergo a multitude of changes over the course of seven generations, eventually being dubbed the Oldsmobile Cutlass Supreme with the 1988 model year, as it was built on GM’s mid-size, front-wheel-drive platform. Beginning with the 1990 model year, and running through 1995, the Cutlass Supreme could be had as a two-door convertible. 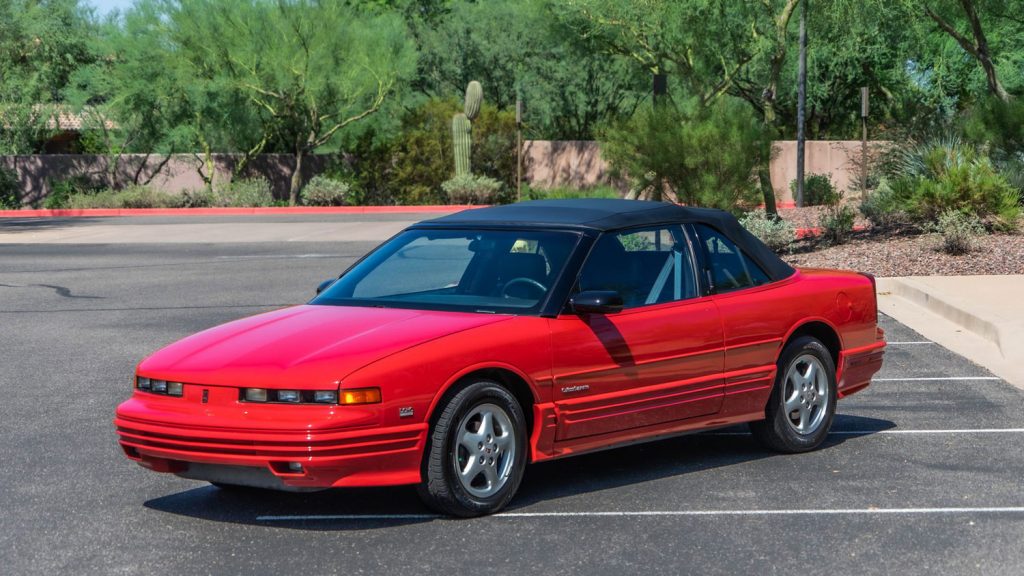 Our feature 1994 Oldsmobile Cutlass Supreme convertible is finished in Bright Red over graphite gray leather. It is powered by an optional 3.4-liter DOHC V6 producing 210 horsepower and 215 pound feet of torque. Backing the V6 is a four-speed automatic transmission. 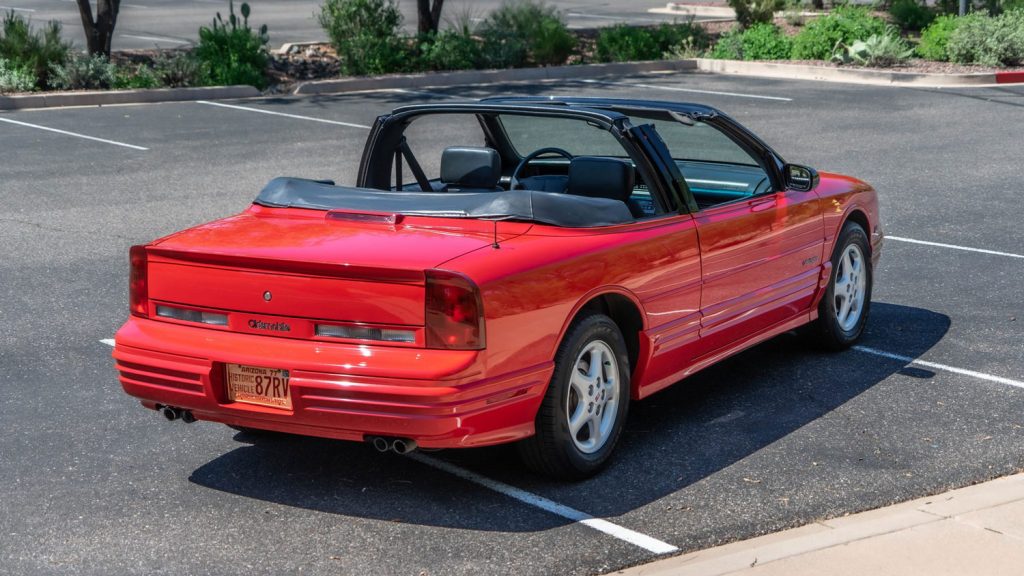 The Oldsmobile Cutlass Supreme’s Bright Red finish presents well at first glance, but closer inspection reveals some shortcomings. There is a ding in the passenger side door, and on the driver’s side door near the door handle there is a deep, sharp dent with missing paint. The front bumper shows some light road rash. The power-operated black vinyl convertible top appears to be in good shape, with no undue wrinkles or damage observed. Five-spoke alloy wheels are shod in 16-inch rubber. Four-wheel disc brakes take care of stopping duties. 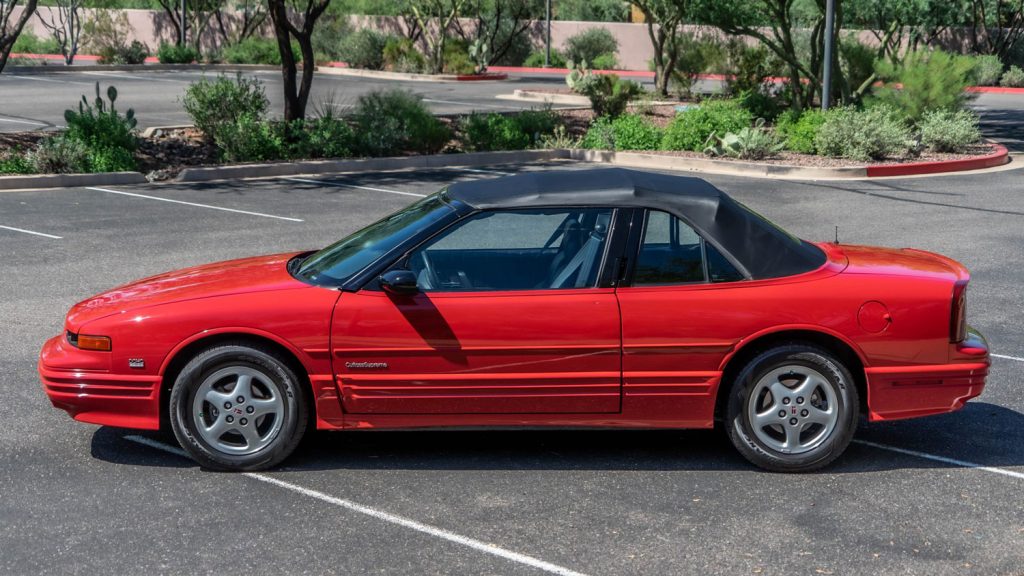 Graphite Gray leather covers the Oldsmobile Cutlass Supreme’s four individual bucket seats. The driver’s side outside seat bolster shows a bit of wear from ingress and egress, but the other three show only minor creasing. There is some wear noted on the driver’s side door switch panel, a tear in the headliner and both sunvisors, and the power antenna is inoperable. The dashboard is filled with analog gauges, an AM/FM/cassette stereo, and automatic electronic climate control. The Cutlass Supreme is well equipped with a power-adjustable driver seat, front and rear center consoles, and power windows. 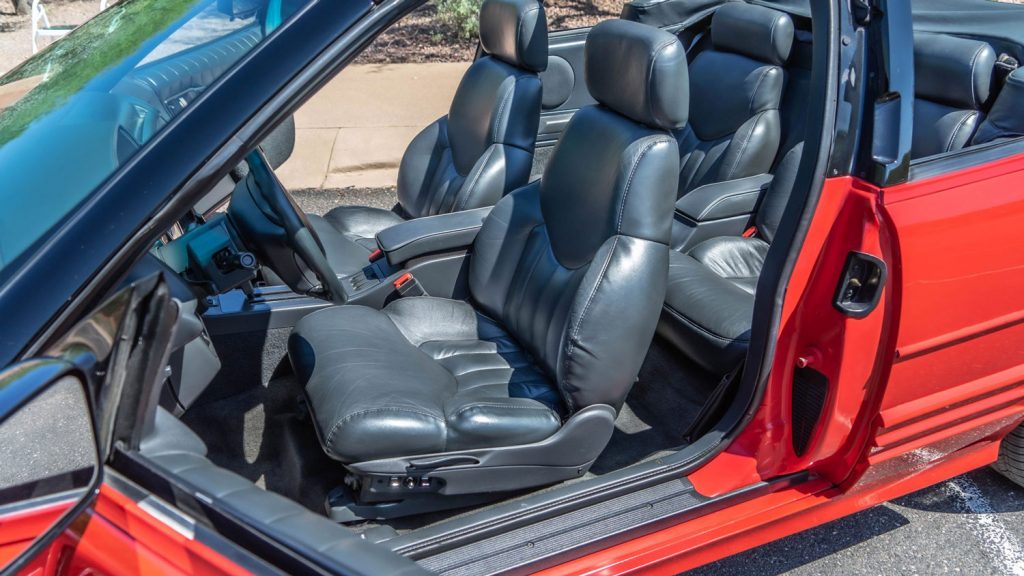 Under the Oldsmobile Cutlass Supreme’s hood, the engine bay appears to be nicely detailed. A service was performed in April of 2021 included oil change, coolant flush, and installation of a new radiator and fuel filter. 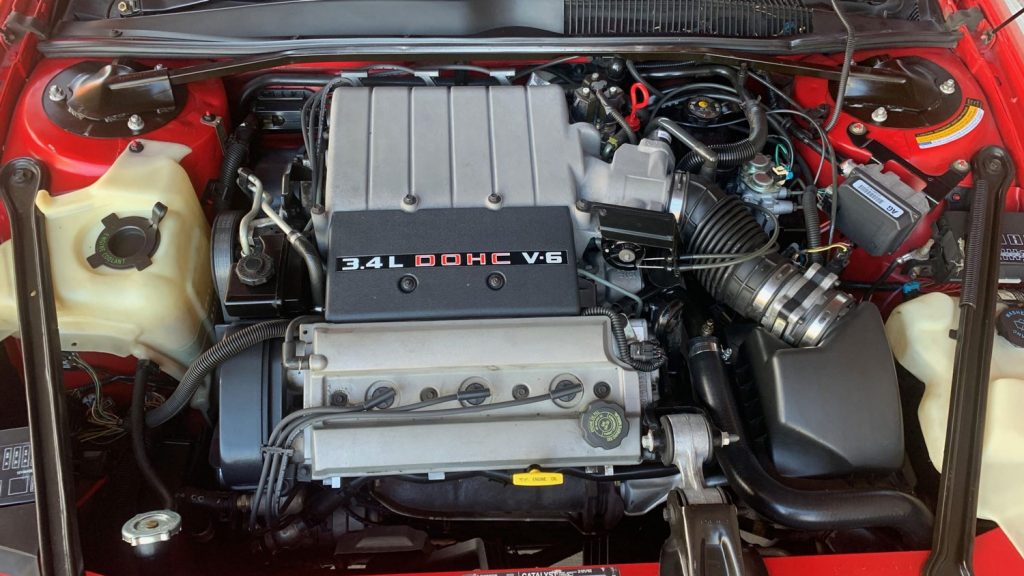 This 1994 Oldsmobile Cutlass Supreme convertible is currently up for grabs on auction site Bring a Trailer. 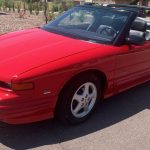 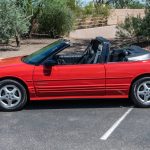 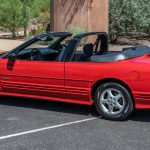 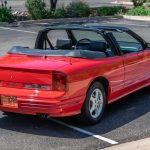 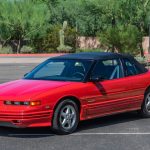 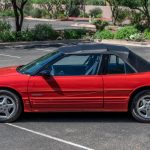 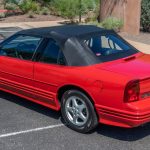 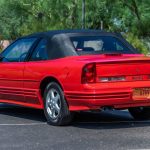 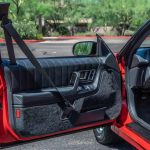 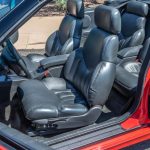 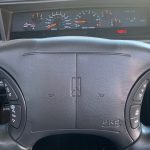 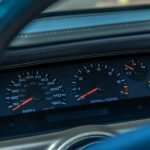 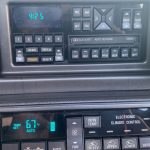 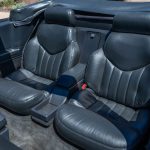 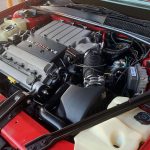 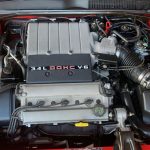 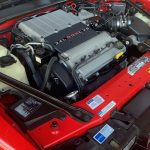