In 1987, an unprecedented option was made available on the Chevy Corvette. Chevrolet offered Regular Production Option B2K, better known as the Callaway Twin Turbo package. This was not a factory-installed option, but could still be ordered through dealerships. The fully assembled Corvette would be shipped from the Bowling Green, Kentucky factory direct to Callaway Engineering in Old Lyme, Connecticut. 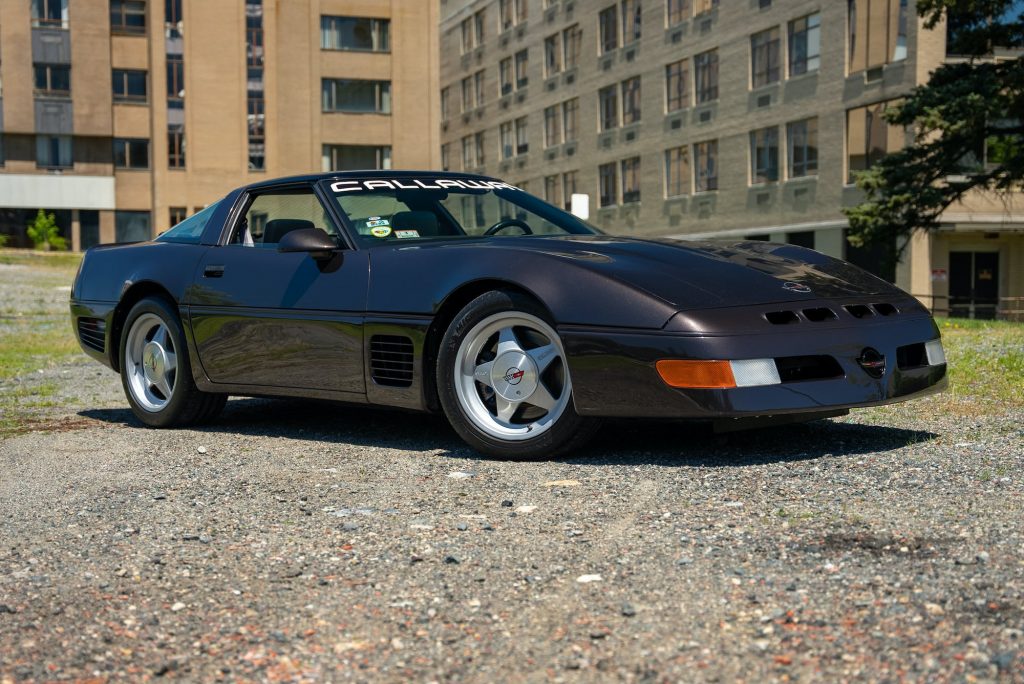 Once the Chevy Corvette had arrived at Callaway, it would be extensively modified. The Corvette would then be torn down, with a full reworking of the engine, cooling system, and exhaust. The engine was stripped to a bare block, main-bearing caps were converted to four-bolt, a forged crank, premium rods, and low 7.5:1 compression pistons, stainless steel intake valves and valve springs were installed. New exhaust manifolds, two Rotomaster T04 turbos with plumbing, and dual intercoolers were fitted. A larger radiator, new exhaust system with dual catalytic converters, and plentiful heat shielding is also added. 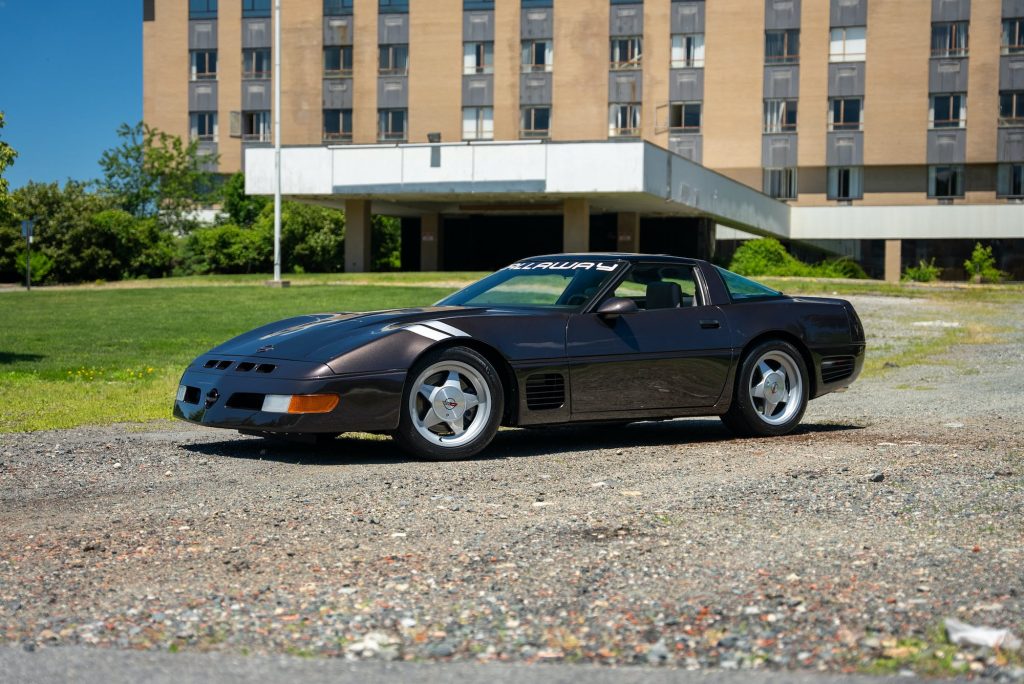 Output for the Chevy Corvette Callaway was significant. At a time when a stock Corvette was laying down 240 horsepower, the Callaway produced 345 horsepower and a tire-melting 465 pound-feet of torque. That grew to 382 horsepower and a staggering 562 pound-feet for 1988. The only production car sold in the U.S. in 1988 with more horsepower was the Lamborghini Countach. 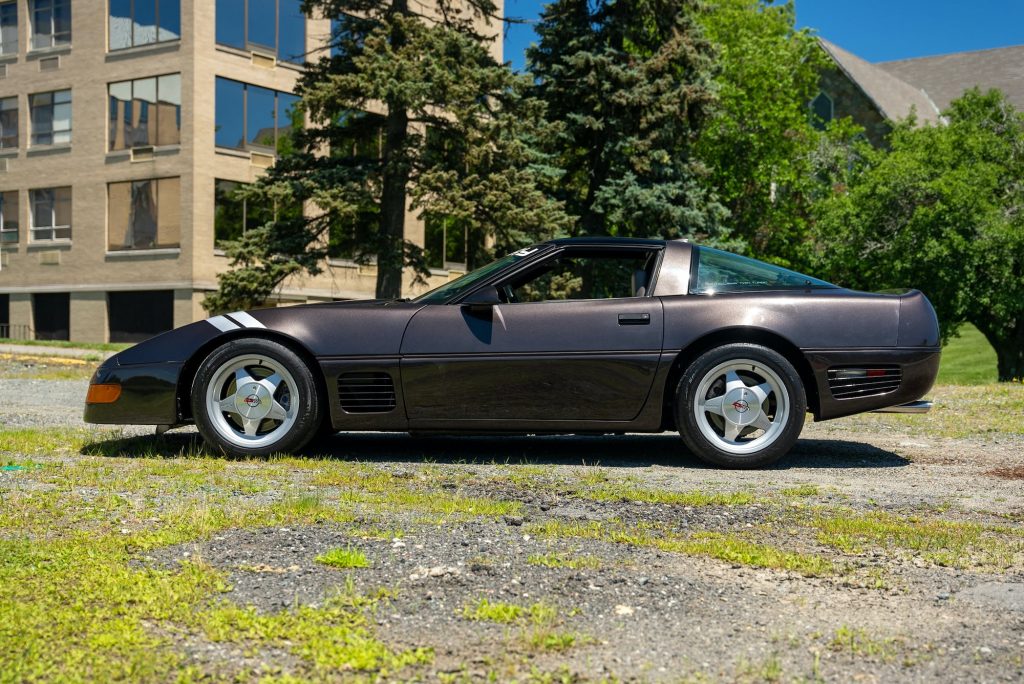 Another option available with the Chevy Corvette Callaway conversion was the AeroBody package that could be had for an additional $6,500. This was the bodywork developed as part of the 880-horsepower Sledgehammer Corvette that reached an eye-watering 254.76 mph at Ohio’s Transportation Research Center in October of 1988. 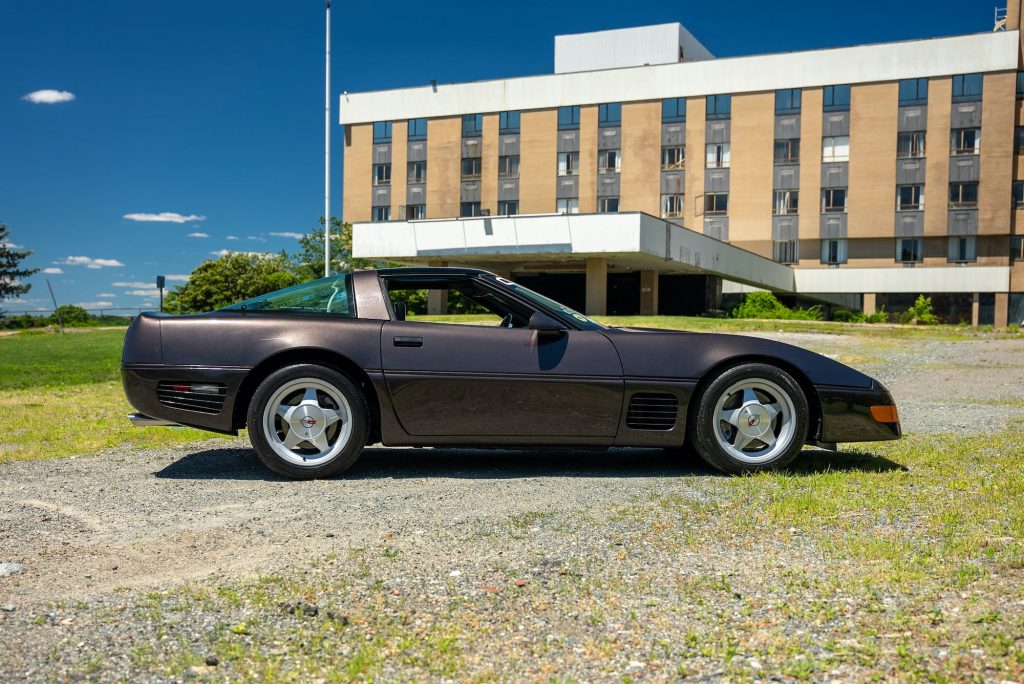 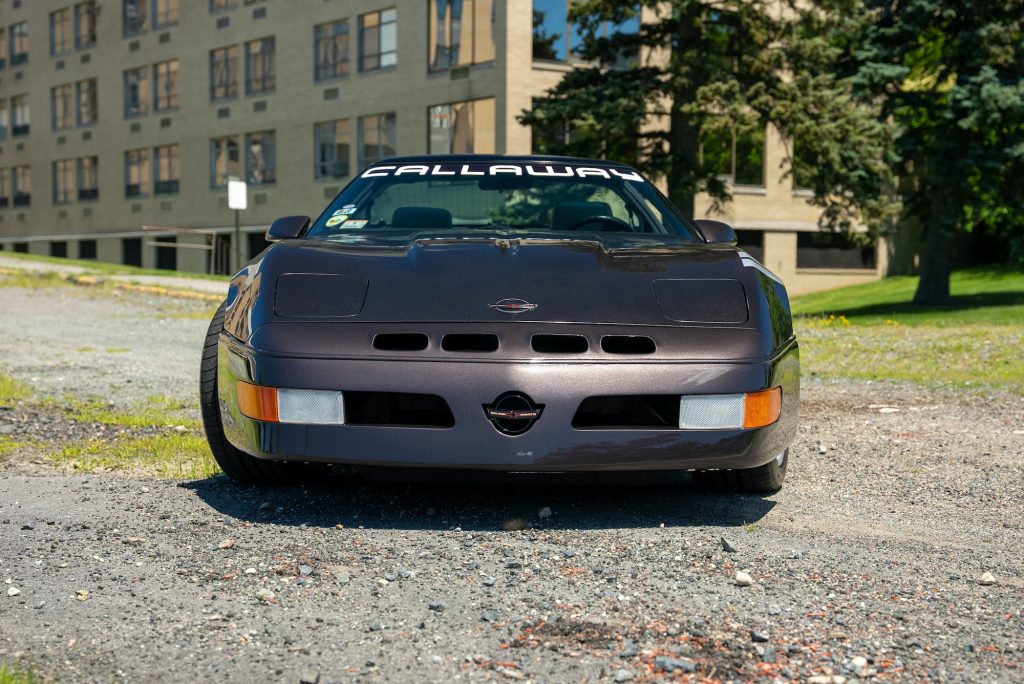 Our feature 1988 Chevy Corvette Callaway Twin Turbo wears the optional AeroBody package. The exterior is painted in a unique shade of dark purple metallic. It wears rare seventeen-inch Dymag wheels that came with many of the Callaway conversions, and Michelin Pilot Sport 2 tires. Corvette Grand Sport hash marks have been added to the driver’s side front fender. 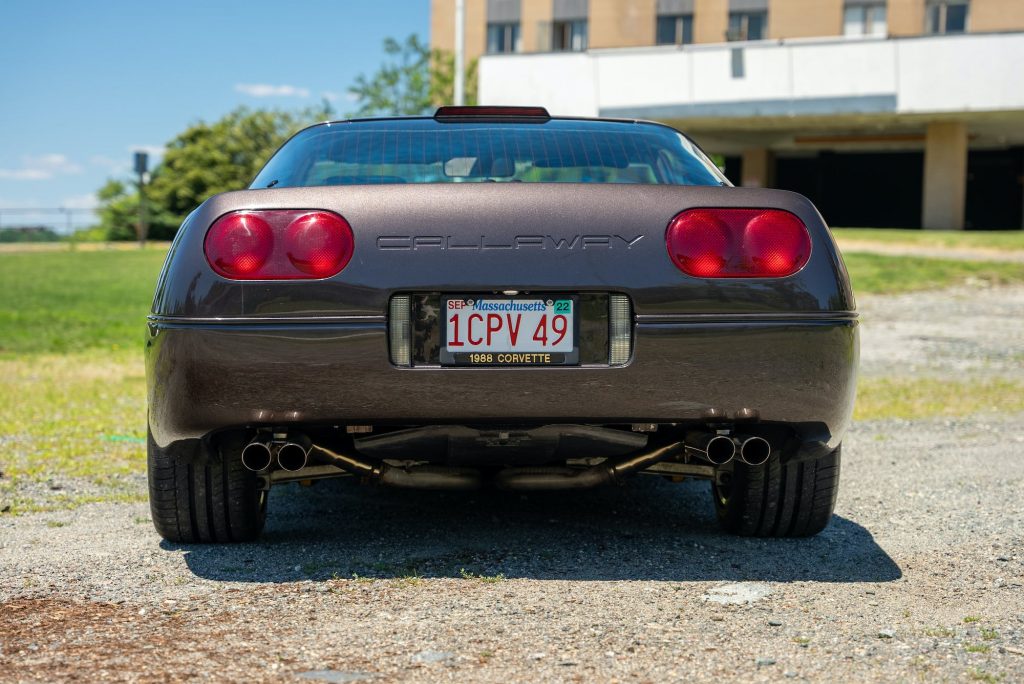 Inside the Chevy Corvette Callaway is finished in a light gray. C4 Corvette interiors do not usually wear very well, as the plastics tend to warp over time. This example seems to be holding up better than most. There is wear noted on the gray leather seat bolsters, but that is almost unavoidable as the high sills make ingress and egress much akin to climbing in and out of a canoe. The center vent nearest the driver has been replaced with the Callaway turbo boost gauge as part of the conversion. This example is well equipped with power steering, brakes, windows, mirrors, locks, dual power sport seats, automatic climate control, and Bose AM/FM/cassette stereo. The digital display works properly, with no dead lights. 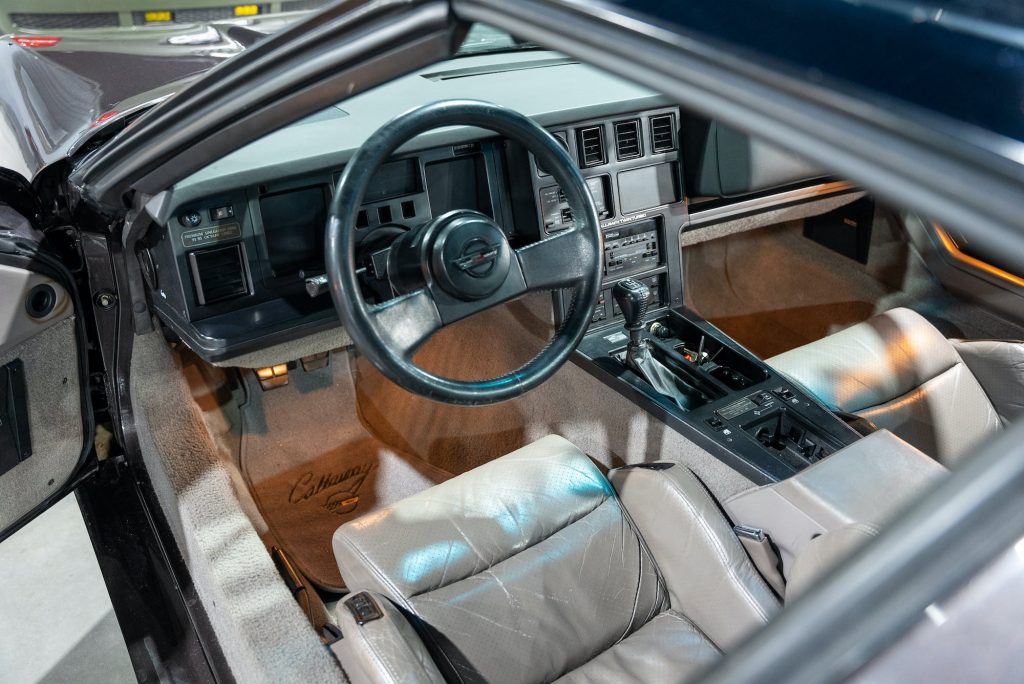 The engine bay is stuffed full of Chevy Corvette 350 Small Block, massive intercoolers, all the attendant plumbing, and the turbos are down low and out of sight. There just wasn’t enough room for them anywhere else. The intake runners have been powder-coated in black crinkle finish. A 4+3 manual overdrive transmission backs the 350, although it has been said it is best not to engage the overdrive under full throttle. 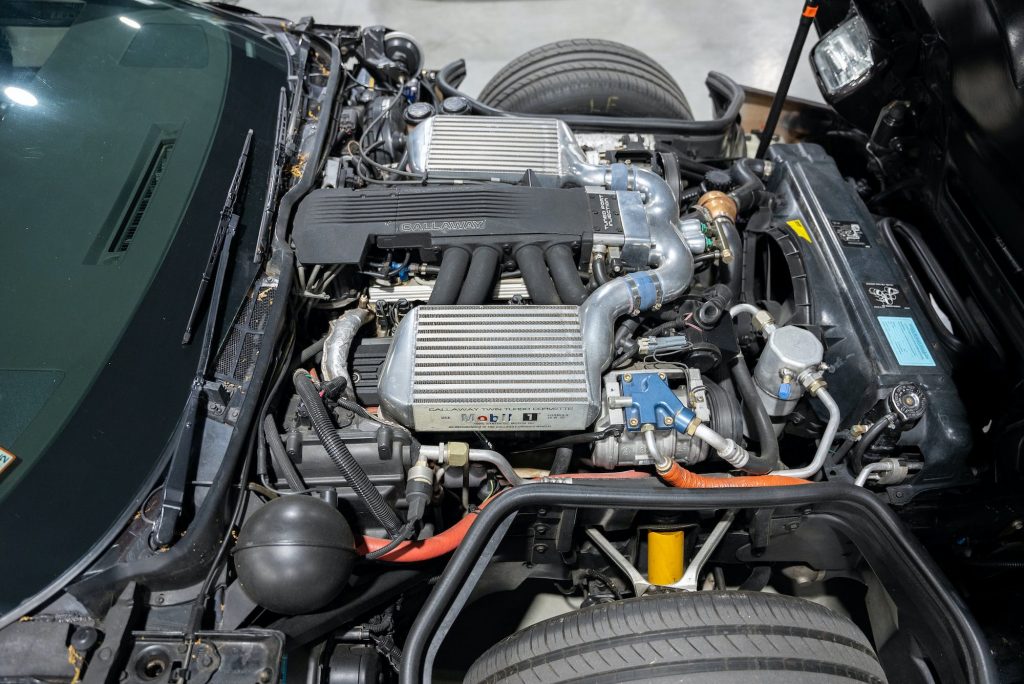 This rare Chevy Corvette Callaway Turbo is being offered by auction site Collecting Cars, with the auction ending September 21st. 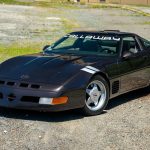 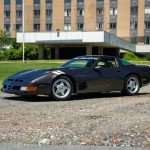 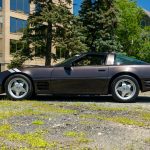 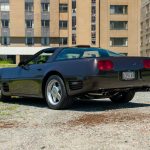 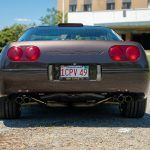 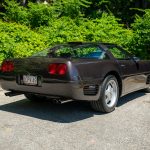 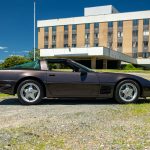 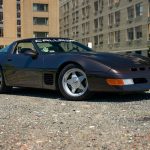 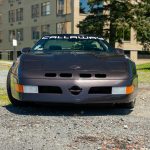 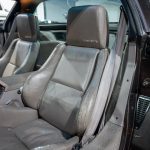 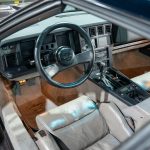 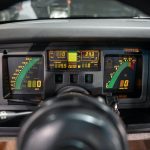 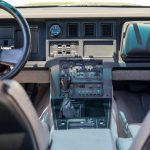 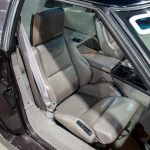 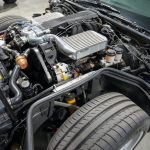 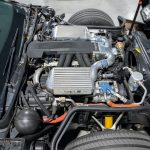