The Oldsmobile 442 received a facelift for the 1969 model year. Headlights were still two per side, but the division in the center of the grille was now formed by a cascade continued downward from the hood. 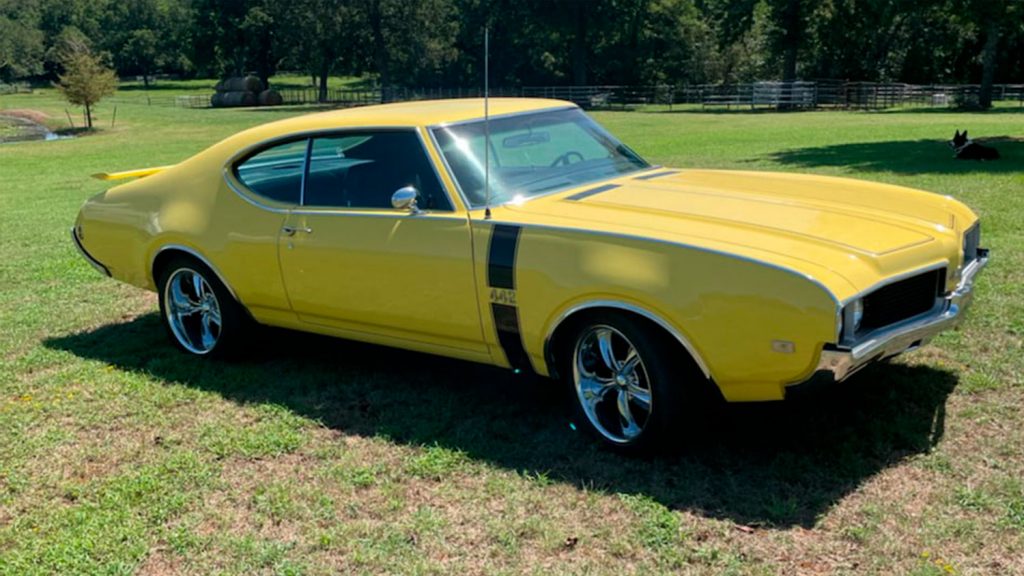 Tail lights on the Oldsmobile 442 were now of a vertical design, as opposed to the horizontal orientation of the ’68, wing windows on Holiday Coupes and convertibles were eliminated, standard headrests were added to the front seats, and the steering column-mounted ignition switches had steering locks. Other changes included available twin hood stripes on the twin-bulged hood, and updated optional disc brakes. 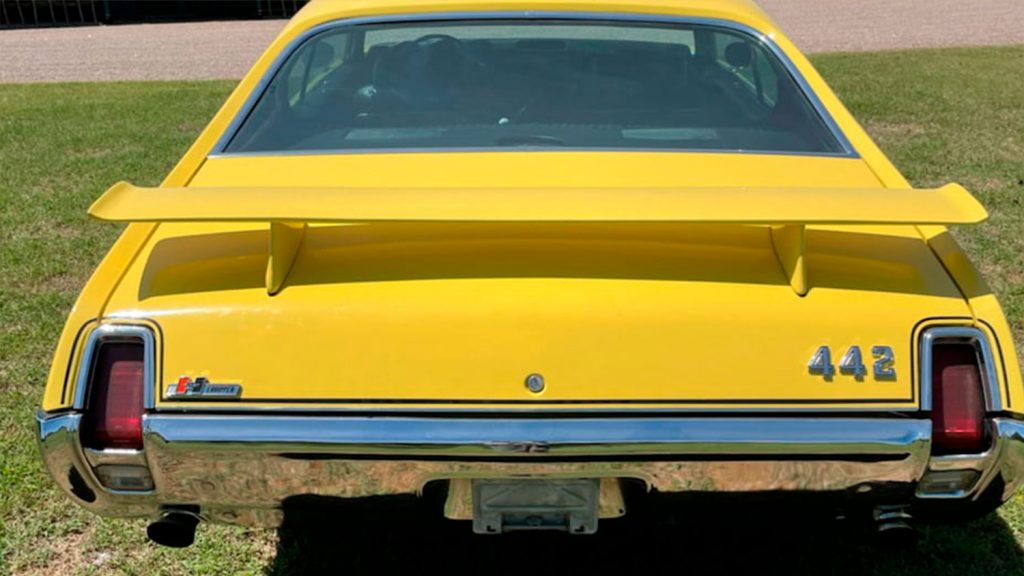 Our feature 1969 Oldsmobile 442 Holiday Sport Coupe is painted in a retina-searing yellow with black vertical fender stripes and hood stripes. It is powered by the numbers-matching 400 cubic-inch V8 producing 290 horsepower, backed by its original four-speed manual transmission and new rear differential. The 442 is equipped with Vintage Air climate control, power steering and brakes, and a Bluetooth sound system (the original AM radio is included) have all been added. 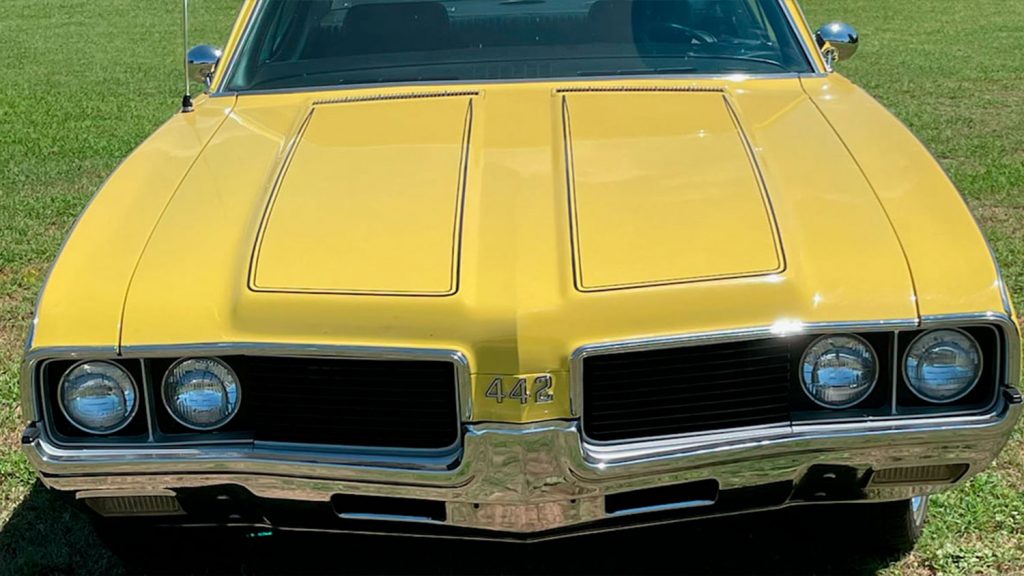 The bright yellow finish of this Oldsmobile 442 presents well, with only some minor swirl of note. The chrome bumpers appear to be in fine condition, with no patina or pitting observed. Stainless trim is also in good nick, with significant shine. The glass shows no nicks or scratches. The wheels are modern polished billet units shod in low-profile performance rubber. The factory rear spoiler is solidly mounted on the trunk lid.

A new interior has been installed in this Oldsmobile 442. The seats have been recovered in black vinyl, as have all the interior panels. The carpet appears to have also been done at the same time, and is a deep, lustrous black. Fitted in the dash is the aftermarket Bluetooth stereo. The dash is fade- and crack-free. 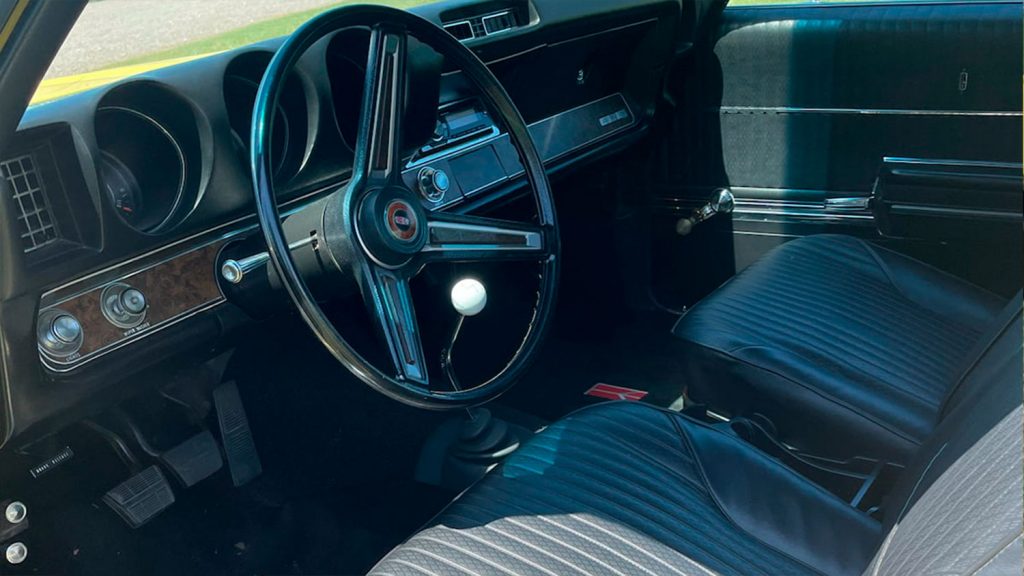 The engine compartment of the Oldsmobile 442 is clean and squared away. The 400 cubic-inch mill has been well detailed. Finishes and decals are correct. The new power brake booster and power steering plumbing can be seen on the driver’s side firewall. 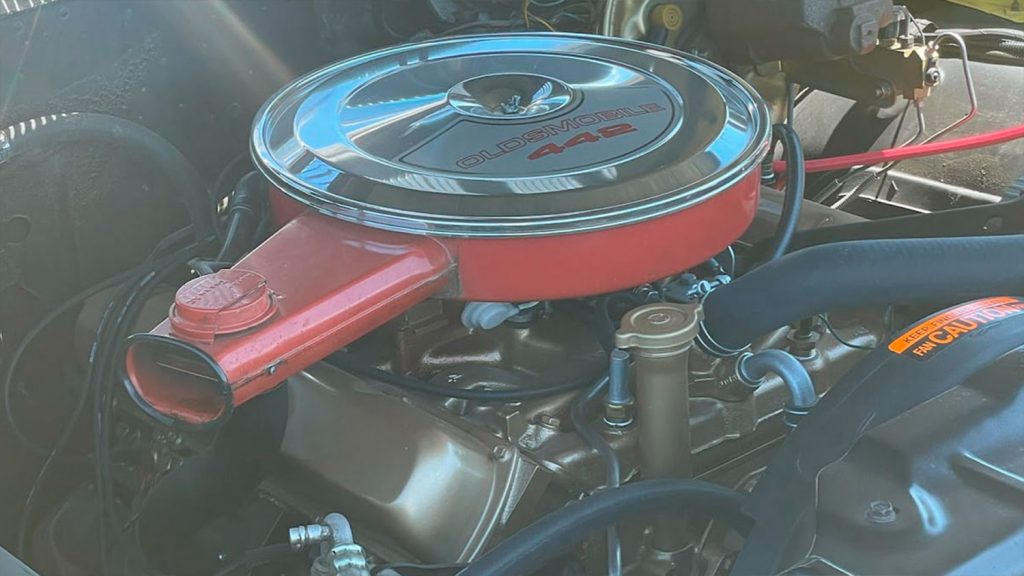 Included in the sale of this Oldsmobile 442 is the original service manual and Protect-O-Plate. This brilliant yellow 442 will be crossing the auction block at Mecum Auctions Dallas event taking place September 8th-11th. 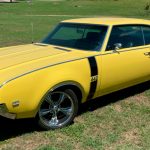 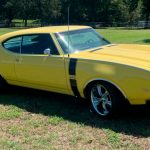 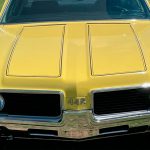 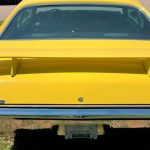 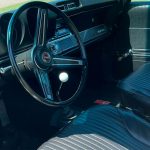 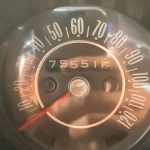 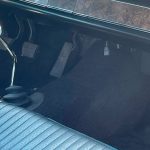 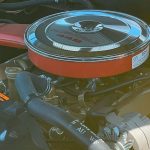 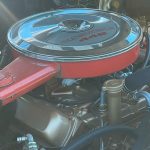 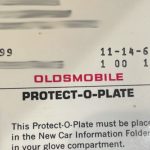