The Pontiac GTO was conceived early in 1963 by Pontiac’s John DeLorean, Bill Collins, and Russ Gee. The trio wanted to make a factory hot rod by replacing the standard 326 cubic-inch V8 in the mid-size Pontiac Tempest with the 389 cubic-inch V8 from the full-size Pontiac Catalina and Bonneville. At the time, General Motors had an internal edict that mid-size cars were not to have engines in excess of 330 cubic inches, a rule Pontiac chose to ignore, saying it didn’t apply to engines offered as “options.” Elliot “Pete” Estes approved the model as a Tempest option package, with an initial production limit of five thousand cars. Thus, the first Pontiac muscle car was born. 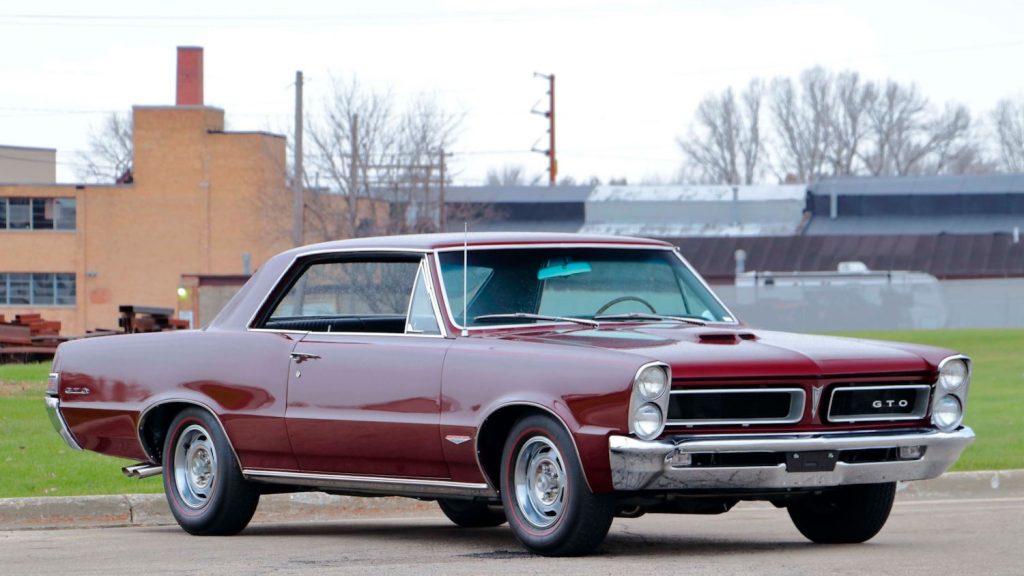 The GTO moniker was DeLorean’s idea. The car was known within Pontiac’s walls as the “Grand Tempest Option,” but DeLorean engaged in a little artful licensing from the Ferrari 250 GTO (Gran Turismo Omologato, or an officially homologated grand tourer) race car name. The Pontiac GTO was never considered a grand touring car, but the not-so-veiled nod to the Ferrari name created its own buzz. 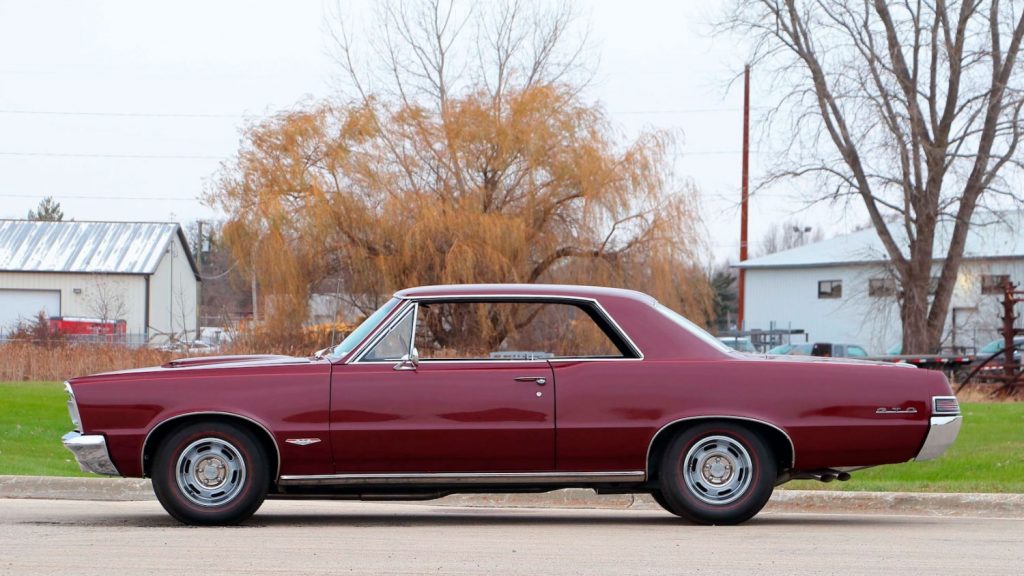 Just the second year of production for the Pontiac GTO, the 1965 model year saw a restyle with stacked dual headlights per side, just over three inches more in overall length, with interior dimensions and wheelbase remaining static. A simulated hood scoop was added, with a dealer-installed underhood pan and gaskets available to convert the hood scoop to a cold air intake. Weight increased by roughly one hundred pounds. Brakes were bigger, heavy duty shocks were made standard, and front roll bars were beefier. The dashboard was also revised with the addition of an available rally gauge cluster. 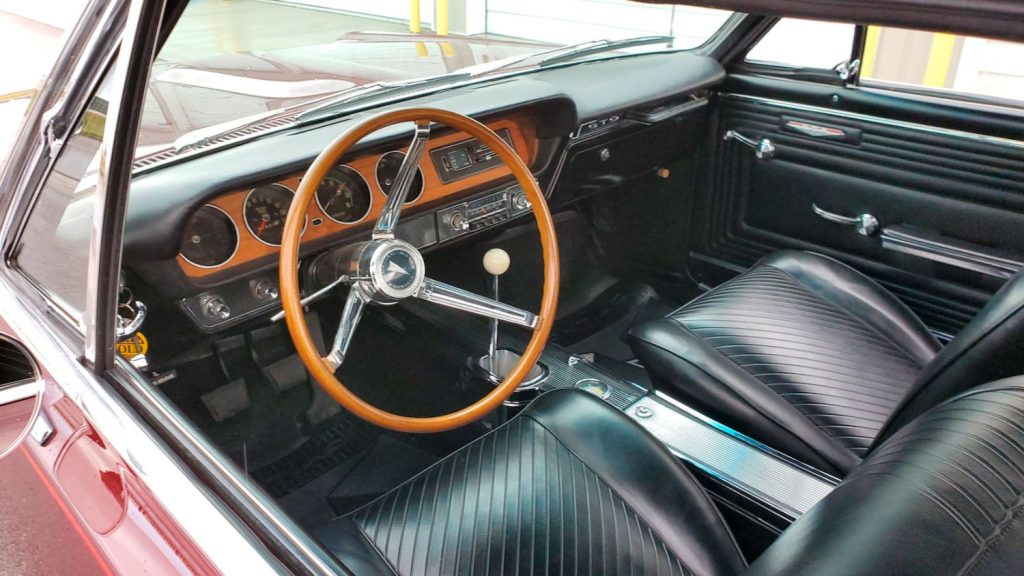 The Pontiac GTO’s 389 cubic-inch V8 saw improvements in the guise of revised cylinder heads, high rise intakes, and a bump to 335 horsepower for the four-barrel equipped mill, and 360 for the Tri-Power three two-barrel setup. A three-speed manual transmission was standard, while two different four-speed manuals and a two-speed automatic were available options. Transistorized ignition was optional. 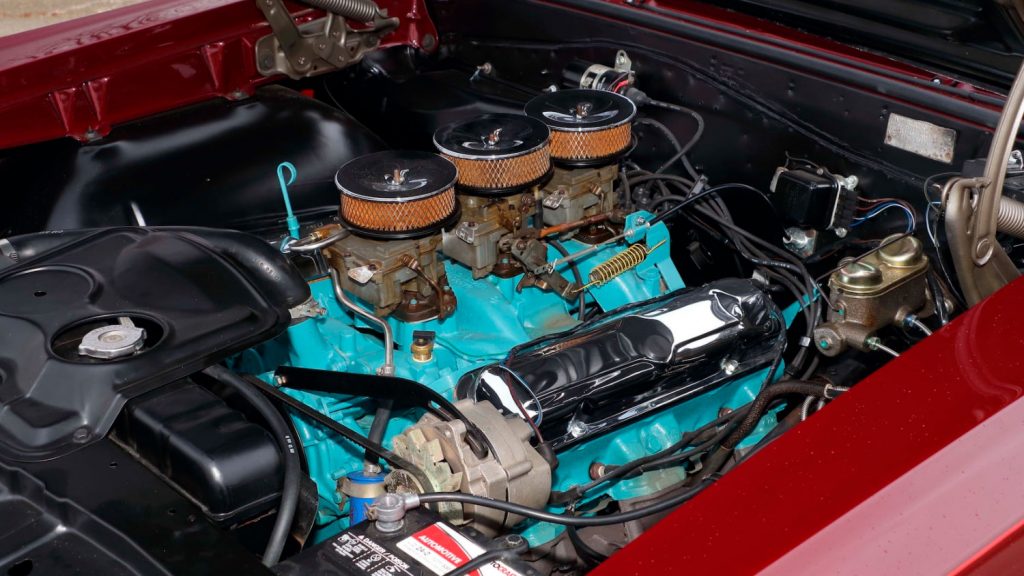 A Tri-Power Pontiac GTO hardtop was tested by Car Life magazine. Equipped with a close-ratio four-speed trans, power steering, the 4.11 Saf-T-Track limited-slip rear end, it posted a 5.8 second zero-to-sixty mph time, shot through the quarter mile in 14.5 ticks at 100 mph, and topped out at 114 mph. 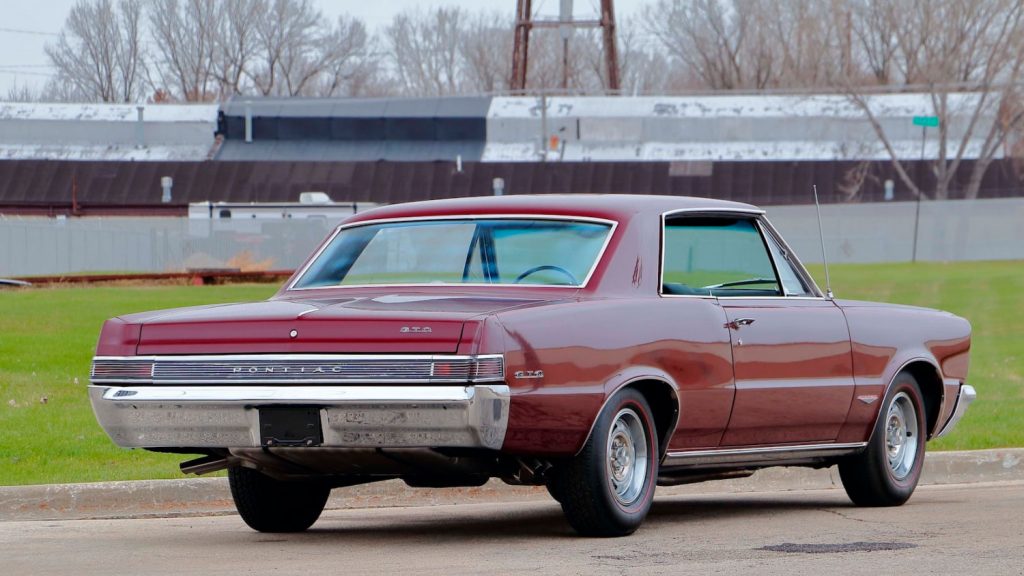 Our feature 1965 Pontiac GTO hardtop has been treated to a comprehensive restoration. It is a deep Montero Red over black vinyl interior. This Goat is equipped with a 389 cube V8 topped with the Tri-Power carb arrangement, a four-speed manual transmission, Saf-T-Track limited slip rear differential, Hurst shifter, bucket seats, AM radio, and Rally wheels wrapped in Redline tires. 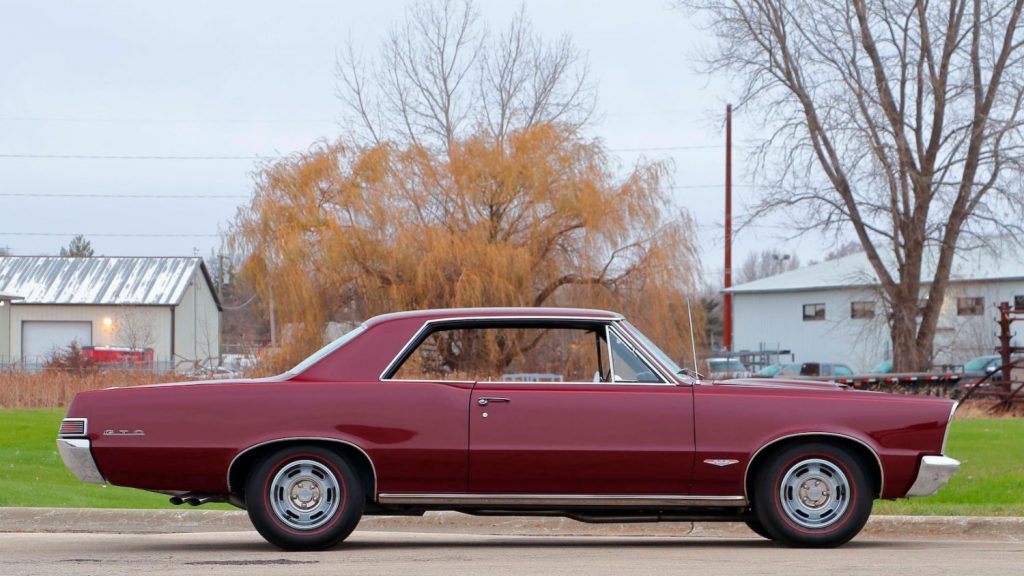 Included in the sale of this Pontiac GTO is Pontiac Historic Service documentation. This outstanding GTO will be crossing the auction block at the Mecum Auctions Dallas, Texas sale happening September 8th-11th. 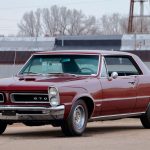 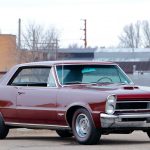 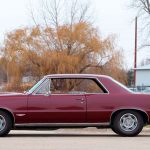 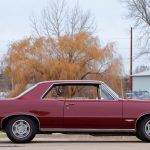 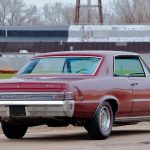 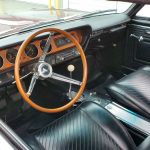 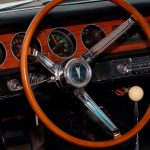 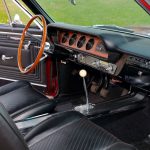 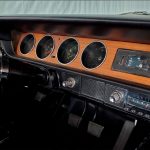 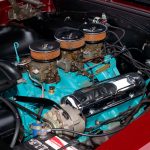 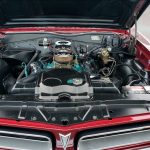 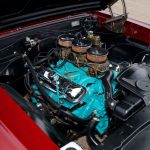