With the introduction of the 396, 1965 marked the final production year for Rochester mechanical fuel injection. The Corvette adopted four-wheel disc brakes for 1965, but could still be ordered with drums for a $64.50 credit. Kelsey-Hayes knock-off wheels were available for the first time. 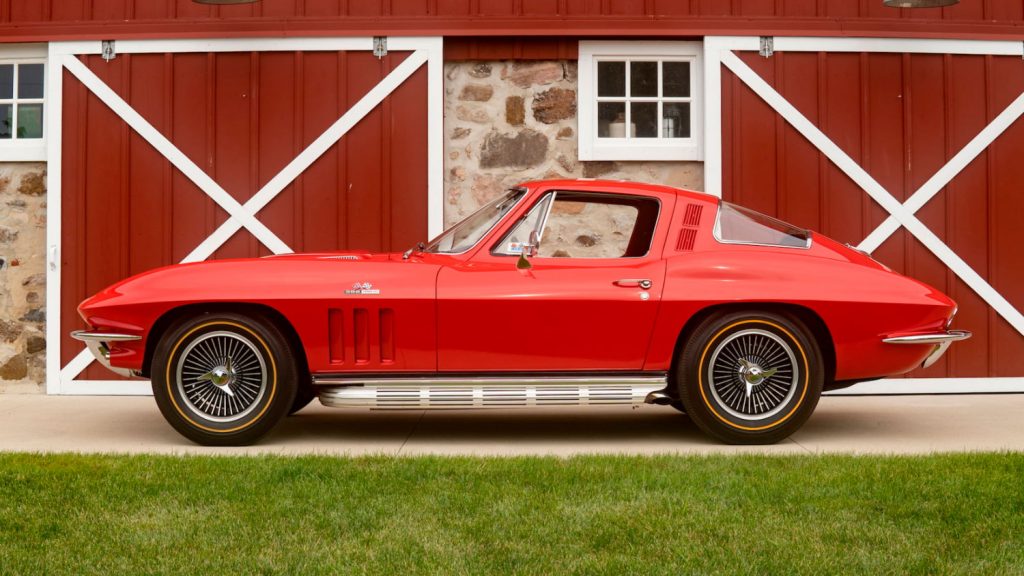 The 1965 Chevy Corvette introduced a number of cosmetic changes as well. The side vents consisted of three functional vertical slots. The grille was blacked out in the center, but bright around the outer edges, a design that is unique to 1965. The twin depressions in the hood were eliminated. Inside the Chevy Corvette, gauge faces were flat and black with white print, and the area around the clock and radio was now painted. A power antenna became standard equipment, and the seats and door panels were redesigned. 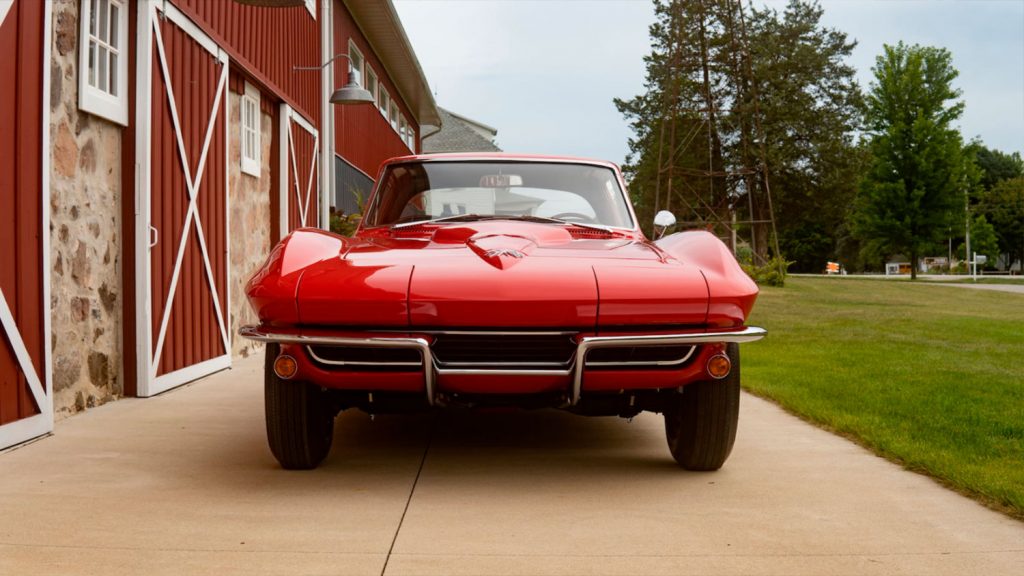 Our feature 1965 Chevy Corvette Sting Ray coupe has been the subject of a comprehensive restoration. Its Rally Red paint has a deep gloss, with no orange peel observed. Chrome bumpers and trim appear to have been either replated or replaced, and the stainless trim is all very well polished. Kelsey-Hayes knock-off wheels wear BFGoodrich bias-ply gold line tires. 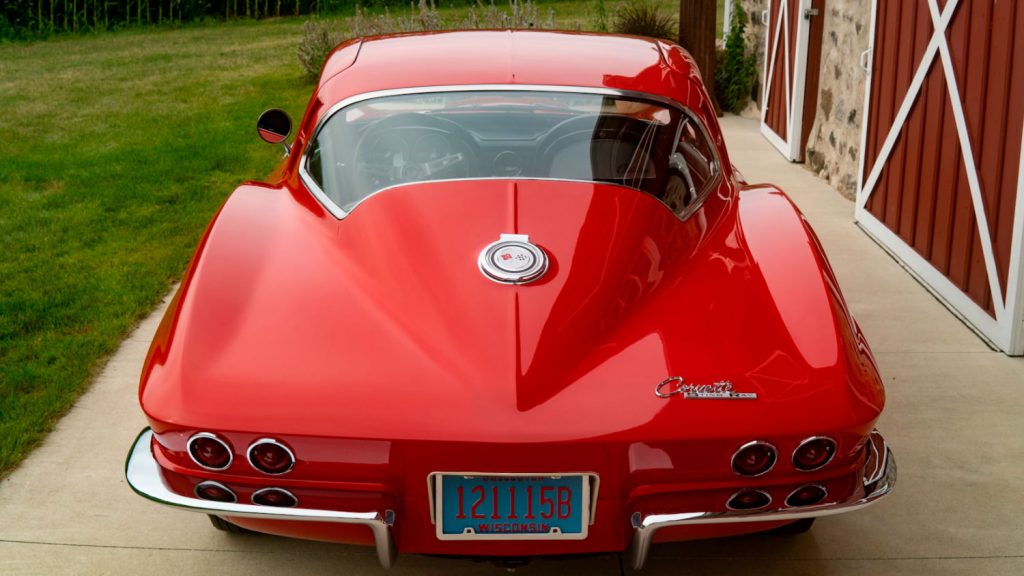 Inside the Chevy Corvette is a black interior that appears to be recently refurbished. The carpet shows no signs of fading or wear. The seats show no signs of use, and are free from wrinkling or creases. Gauge faces are crisp with crystal clear lenses, and the painted surrounds look showroom fresh. This is a rare radio delete Corvette. An auxiliary water temperature gauge has been mounted beneath the dash on the right hand side. 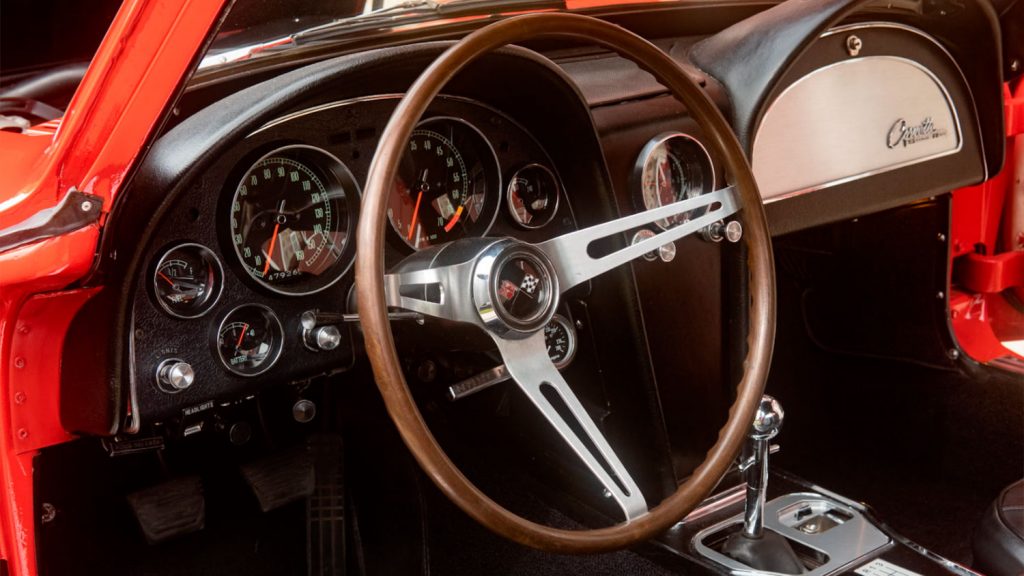 The Chevy Corvette’s engine bay is clean and correct. Eagle-eyed Corvette enthusiasts will note there is no chrome ignition shielding, as this is a radio-delete car, and ignition shielding prevented the engine rpms from being heard through the radio. Components and finishes appear to be correct. There is some light staining on the intake manifold of the L-78 396. A four-speed manual transmission moves power to the rear wheels. Spent gasses exit through side-mounted exhaust. 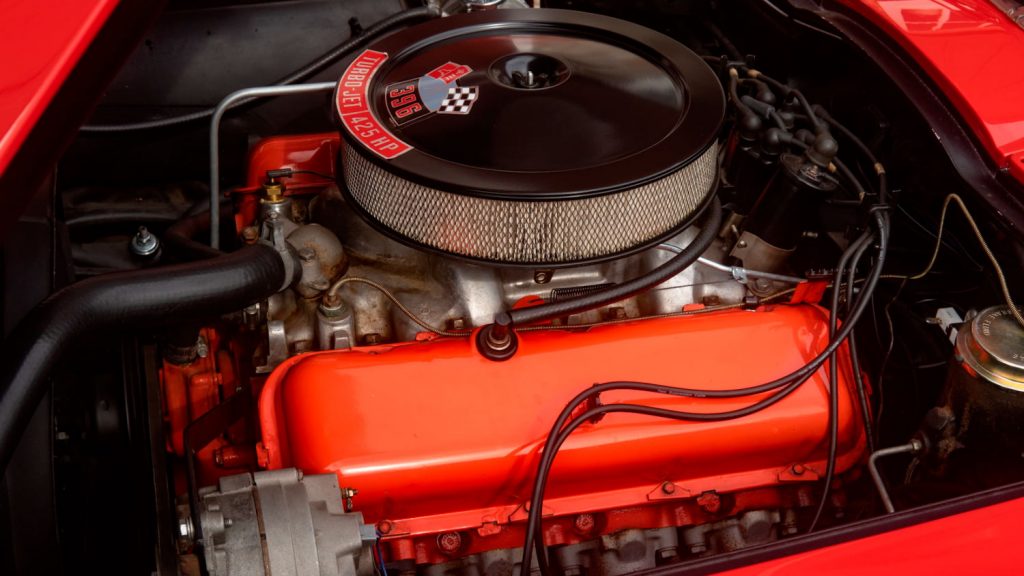 This exceptional Chevy Corvette will be on offer at the Mecum Auctions Chicago sale taking place October 21st-23rd. 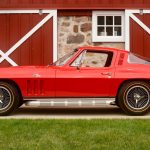 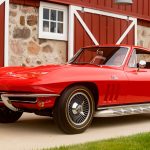 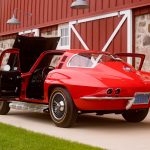 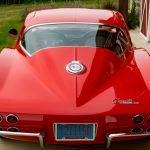 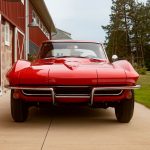 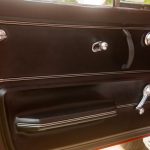 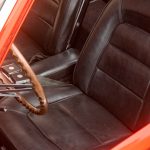 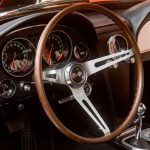 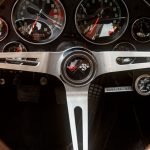 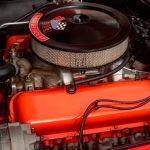 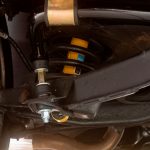