This 1956 Chevy 150 sedan, former U.S. Government Ordnance Stock Number FSN 23103467561, arrived at the Sioux Army Depot in Sidney, NE, in August 1956, and was used as a staff car for the next eight years. In 1964, it was sold at auction to a local farmer. The farmer used the car as his daily transportation, leaving it just as it was during its military service. This duty was short lived, as the gentleman passed away the next year. 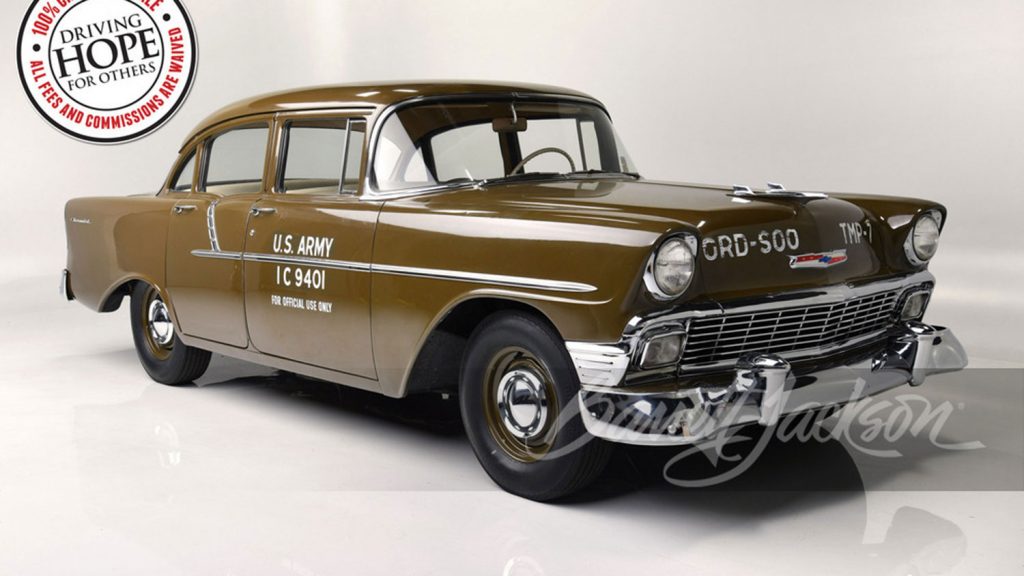 That farmer’s brother was also a farmer. He stored the Chevy 150 in his barn, hidden behind combines, tractors, tools and the like. The 150 took on a new role as a  chicken coup. With the side windows open, the Chevy became a home for his poultry. Of course, his fowls turned the interior foul. 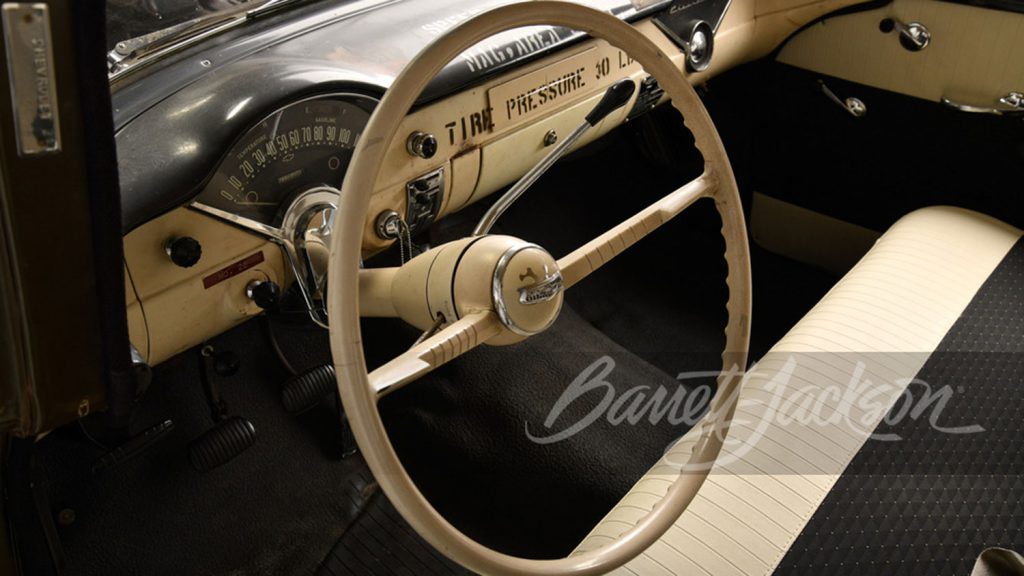 In the late 1990s, the Chevy 150 changed hands again, as it was sold to a California Chevy collector. That owner partially disassembled the car, mending some of the damage that had been done. Much of the original paint was able to be preserved, and damaged parts were repaired. The car then sat for another twenty years. 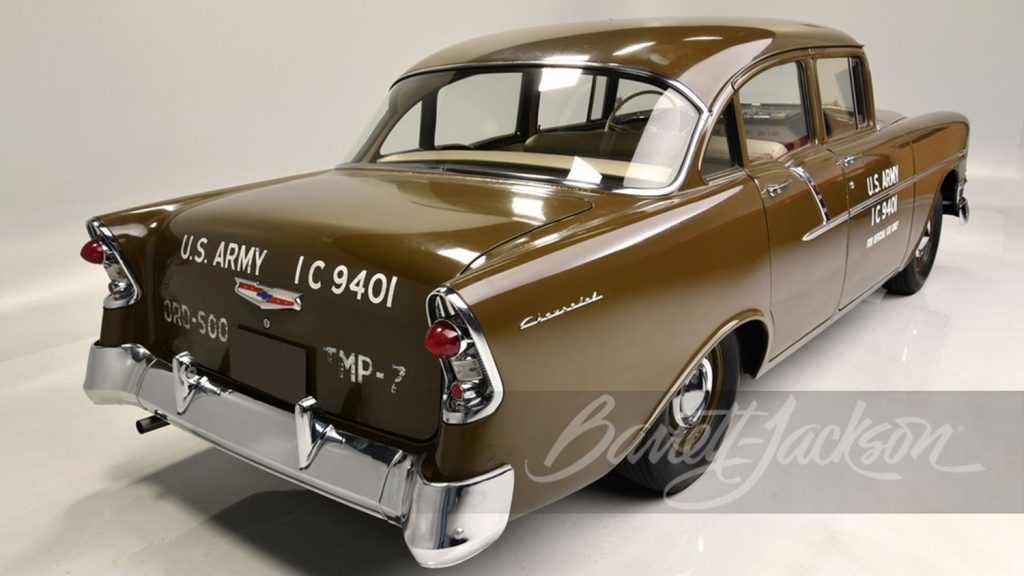 The Chevy 150 found a new home in 2018. The fourth owner began exuberantly refreshing the old Chevy. The car had not run since the mid-1960s, so a mechanical restoration of the 235 cubic-inch inline-six cylinder engine was undertaken. Wheel cylinders were rebuilt, brake hoses replaced, and new exhaust system fitted, the fuel system cleaned, and the fowl fouled interior was replaced (there are still some visible marks from the feathered egg dispensers). The bumpers were replaced with NOS Chevrolet parts. 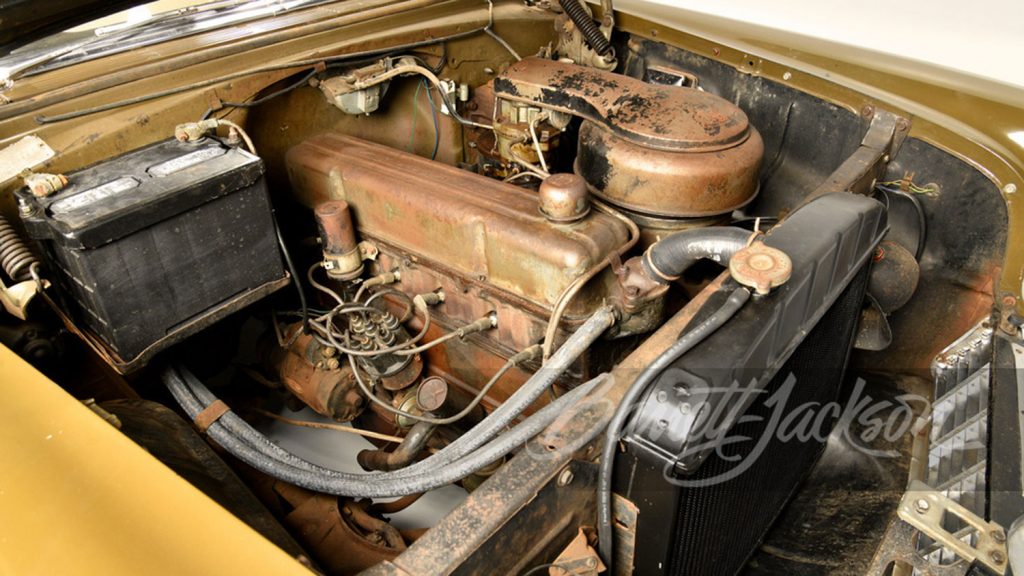 Returned to mostly “in service” condition, this Chevy 150 now had a new assignment. It was recently auctioned off for charity at Barrett-Jackson’s inaugural Houston sale. One hundred percent of the sale proceeds from this bit of Cold War military equipment will go to the Honor Flight Network, an organization which recognizes veterans with all-expense-paid trips to Washington D.C. 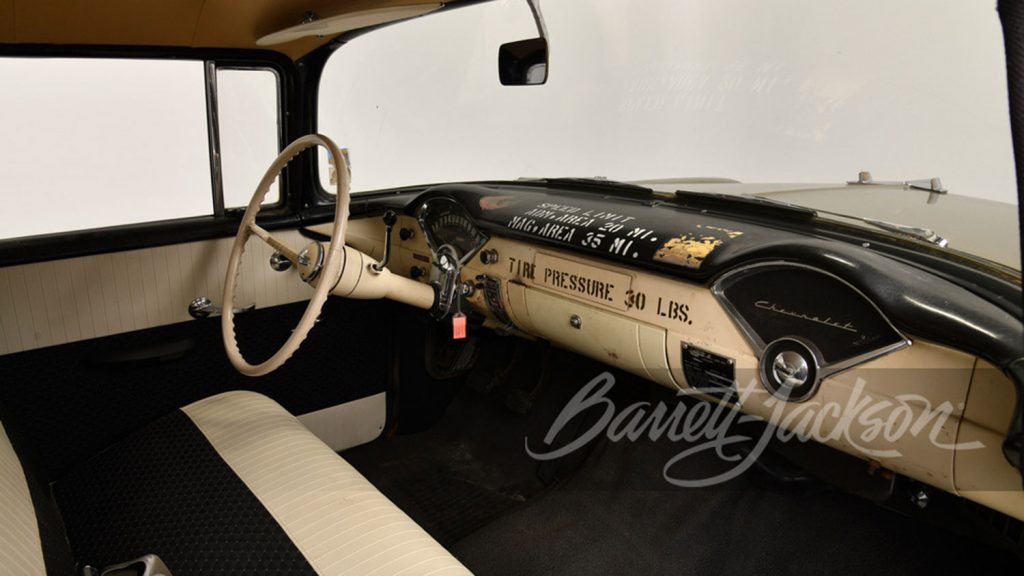 The bidders in Houston did not disappoint, as the car sold for $425,000, was immediately gifted back to sell again, raised another $400,000 on the second sale, and a third party contributed an additional $175,000 to make the windfall an even $1 million. Thank you, Houston and Barrett-Jackson for supporting our troops with this outstanding show of charity. 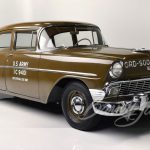 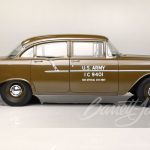 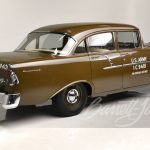 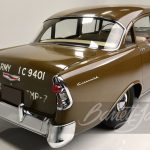 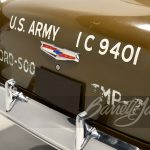 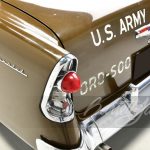 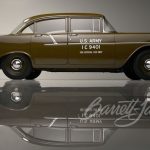 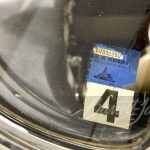 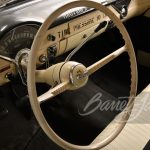 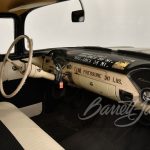 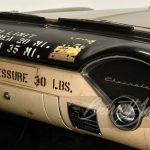 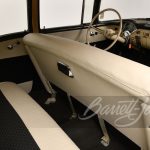 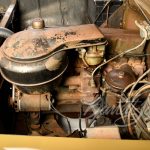 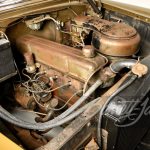