Bowing for the 1949 model year, the Oldsmobile 88 would become the most profitable of the company’s model lines from 1950 to 1974. The 88 would soldier through ten generations, with production ending when the final Eighty Eight (the name was spelled out beginning in 1989) rolled off the assembly line January 6th, 1999. 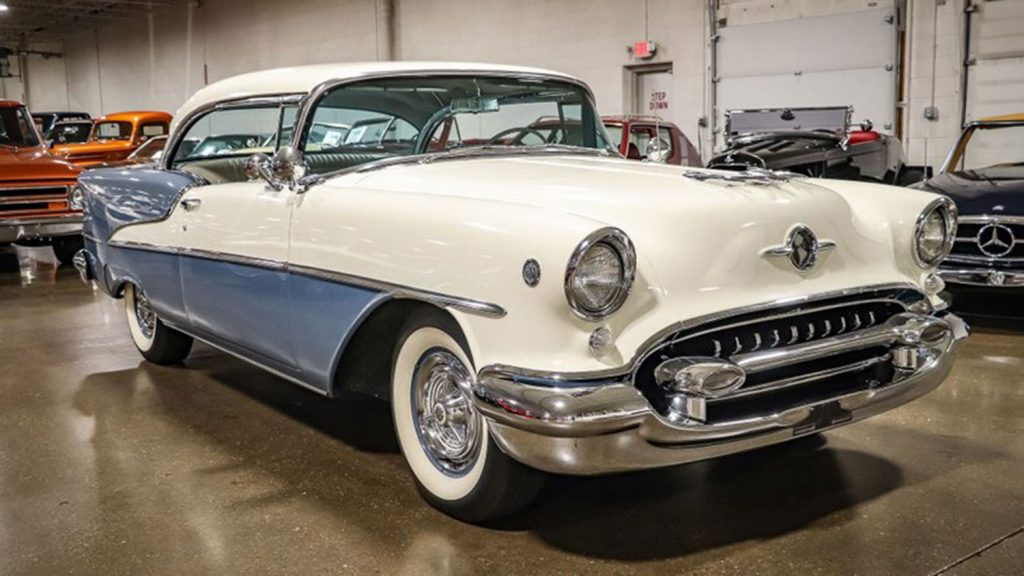 Our feature 1955 Oldsmobile Super 88 Holiday Coupe is resplendent in Panama Blue and Polar White. The paint presents well enough, with a bit of orange peel visible here and there. Chrome bumpers may have been re-plated at some point, or they are remarkably well preserved. There is a bit of pitting visible on the front side of both rearview mirrors. Twin spotlights flank either side of the wraparound windshield. The Oldsmobile globe hood emblem sits beneath the “rocket” hood ornament. Bullet taillights frame the trunk. Painted steel wheels are covered by spinner hubcaps and wide whitewall bias-ply tires. 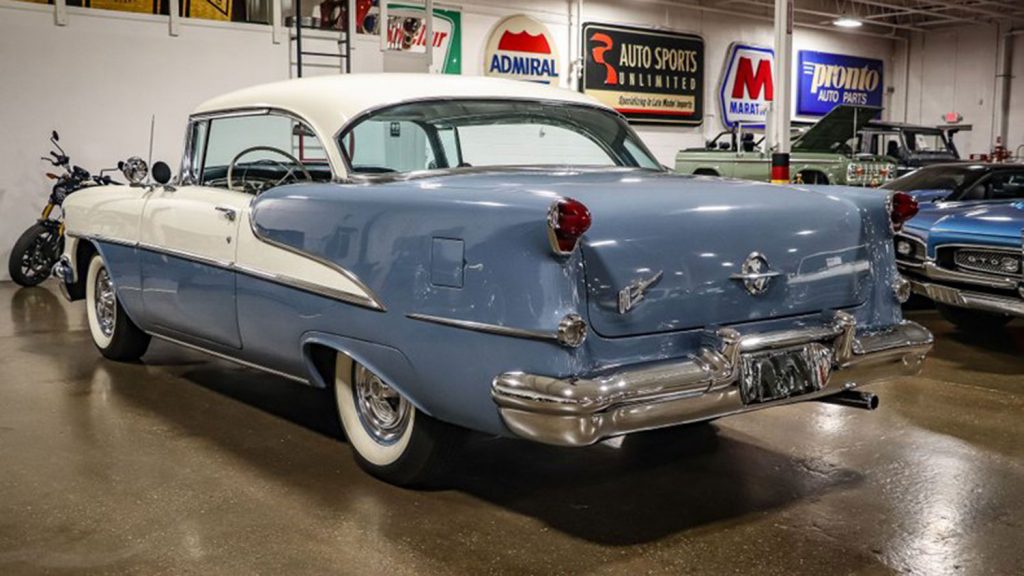 Inside the Oldsmobile Super 88, the blue-and-white color scheme has been carried over. The bench seats are covered in blue patterned fabric trimmed in white vinyl. The white-painted dash is covered by a blue dash pad. There are some nicks in the dash paint, likely indicating that this is the original finish. A full complement of gauges is arrayed above and on either side of the steering column. The center of the dash is occupied by a large glovebox and a pushbutton AM radio. On the passenger side, there is a clock and speaker. Carpets look to be either new or in exceptional condition for the age. 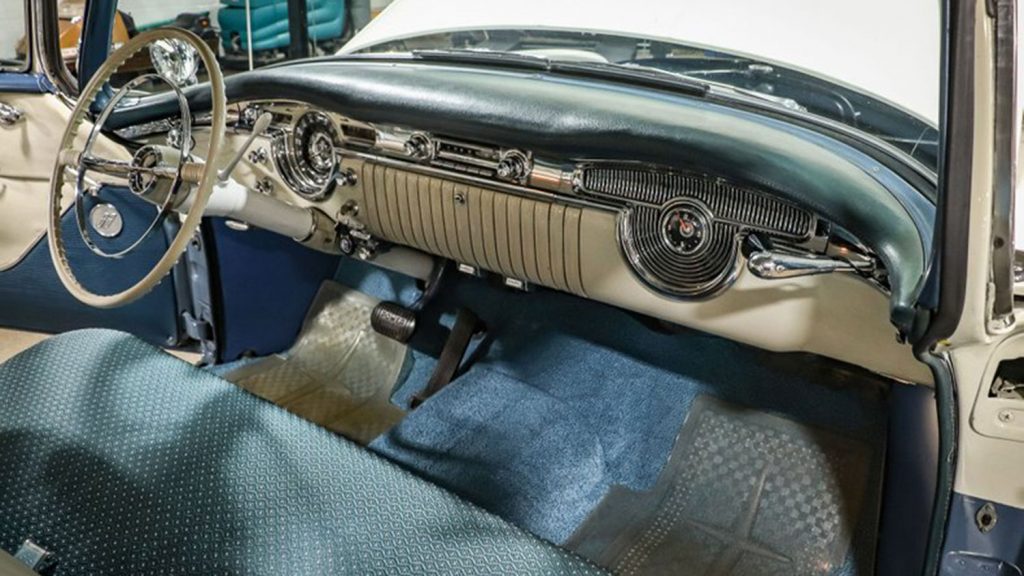 Under the Oldsmobile Super 88’s hood, there is a 324 cubic-inch “Rocket 88” V8 fed by a single four-barrel carb, producing 202 horsepower. Backing the Rocket 88 is a Hydramatic automatic gearbox. The engine bay is reasonably clean, although poor lighting makes it difficult to make out much detail. 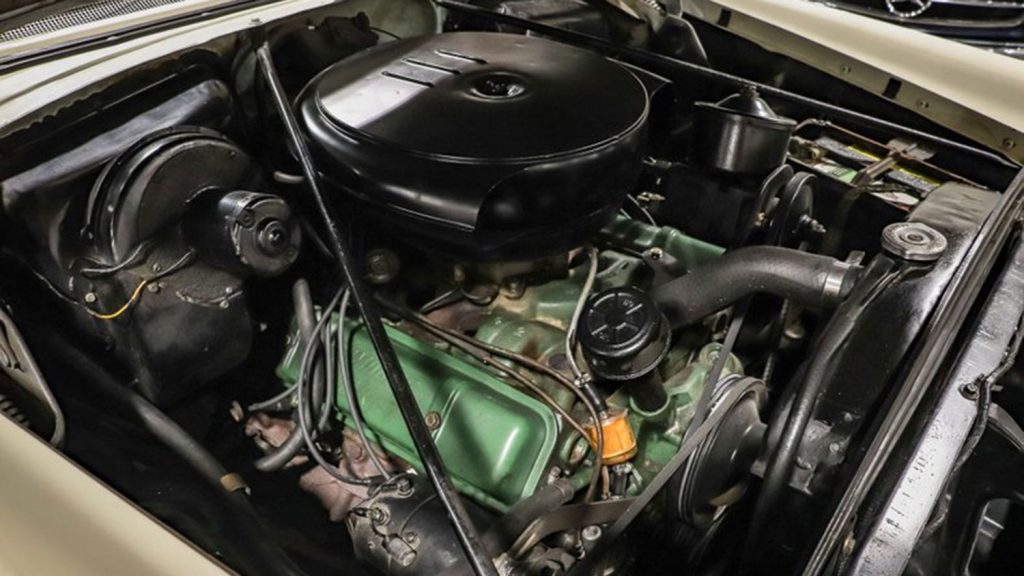 This beautiful Oldsmobile Super 88 Holiday Coupe has covered just 45,782 miles from new. It is being offered by Garage Kept Motors for $29,900. 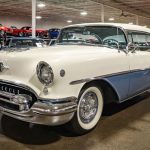 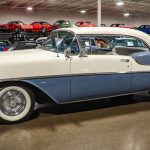 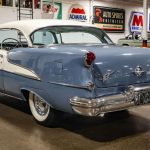 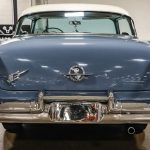 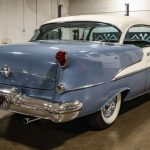 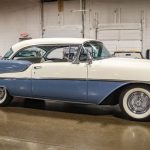 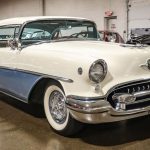 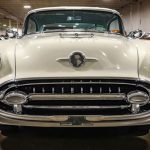 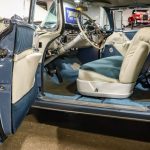 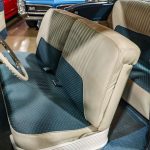 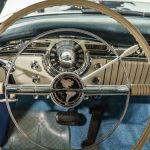 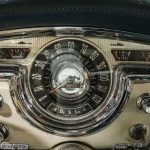 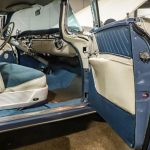 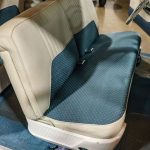 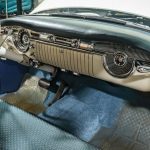 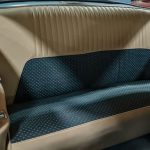 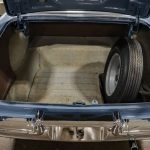 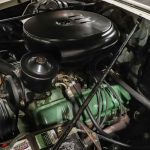 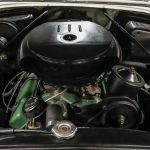 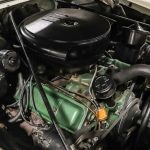