The Chevy Silverado Trail Boss is one of the more popular trim levels on offer, giving off-roading fans a shot at mixing it up in the rough stuff with a host of upgrades and goodies. However, what if General Motors applied a similar formula to the all-new 2021 Chevy Suburban? What would that look like? Well, wonder no longer, as GM Authority has rendered exactly that.

For now, Chevy Suburban customers can outfit their SUV for an adventure on the trail by opting for the Z71 trim level. Our Chevy Suburban Trail Boss, however, takes things a step further with additional off-road equipment.

Before we continue, it bears mentioning that, at the moment, there’s no indication that General Motors will ever build a Chevy Suburban Trail Boss. Rather, GM Authority decided to created these renderings purely for fun. 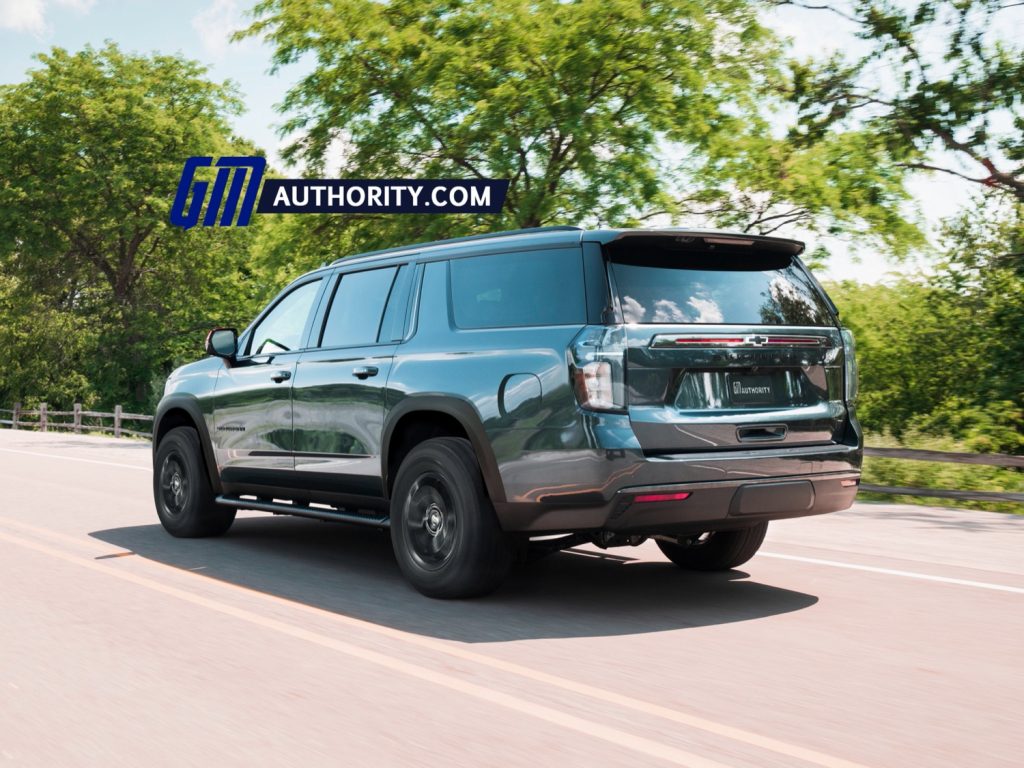 With that covered, let’s take a closer look at what this SUV offers. For starters, we altered the running gear, throwing on a set of smaller wheels and chunkier tires to help grip loose surfaces. What’s more, the suspension has been modified to provide extra ground clearance, as expected of a model bearing the Trail Boss name.

Further updates include a new set of off-road-oriented steps, which not only provide easier access to the cabin, but also help to protect the underbody just incase the taller ride height isn’t quite enough. 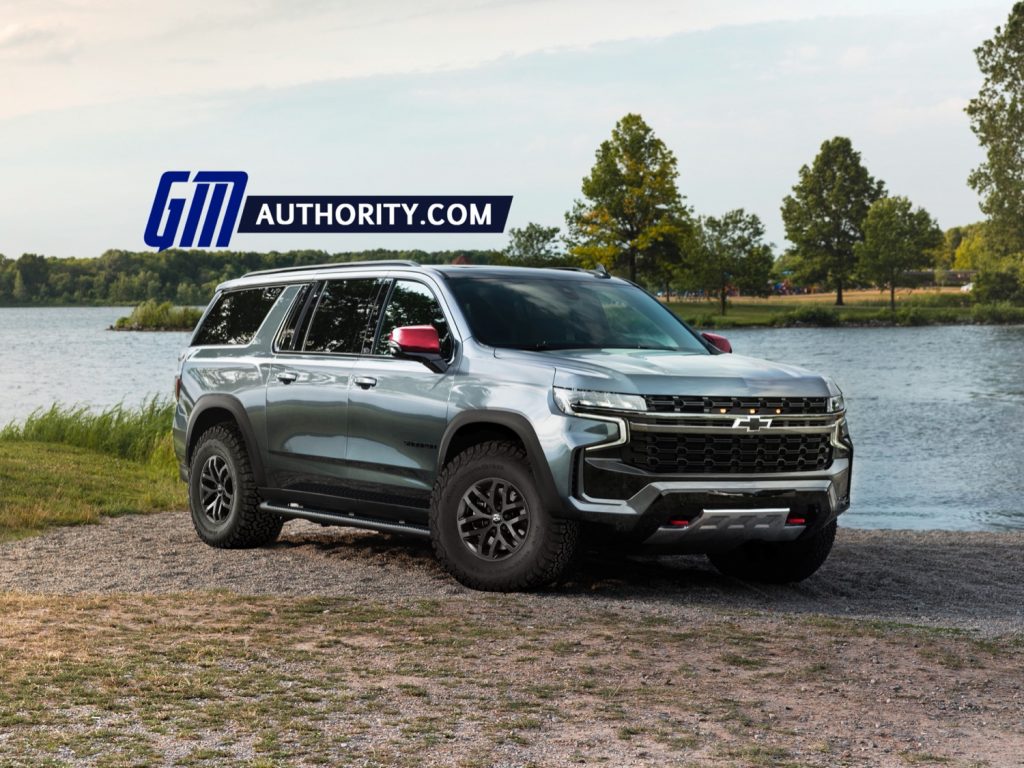 We also modified the tail of the SUV to include a unique rear fascia for enhanced departure and approach angles. Meanwhile, the front end is equipped with the standard Chevy Suburban Z71 fascia treatment, while the tow hooks and sideview mirror caps were color-coordinated in red.

Under the skin, we would expect this hypothetical Chevy Suburban Trail Boss to feature air suspension that would lift and lower the body by as much as four inches.

Although the prospect of General Motors producing a new Chevy Suburban Trail Boss model is currently nil, we can’t help but imagine what such a model would drive like.