The 1968 model year marked the beginning of the Buick Skylark’s second generation. Previously, the Skylark had been a trim level to other Buick models, such as the 1953-1954 Buick Roadmaster Skylark, or the 1961-1963 Buick Special Skylark. It was not until the 1964 model year that the Skylark became a model unto itself. The first-generation Skylark was built through the 1967 model year. 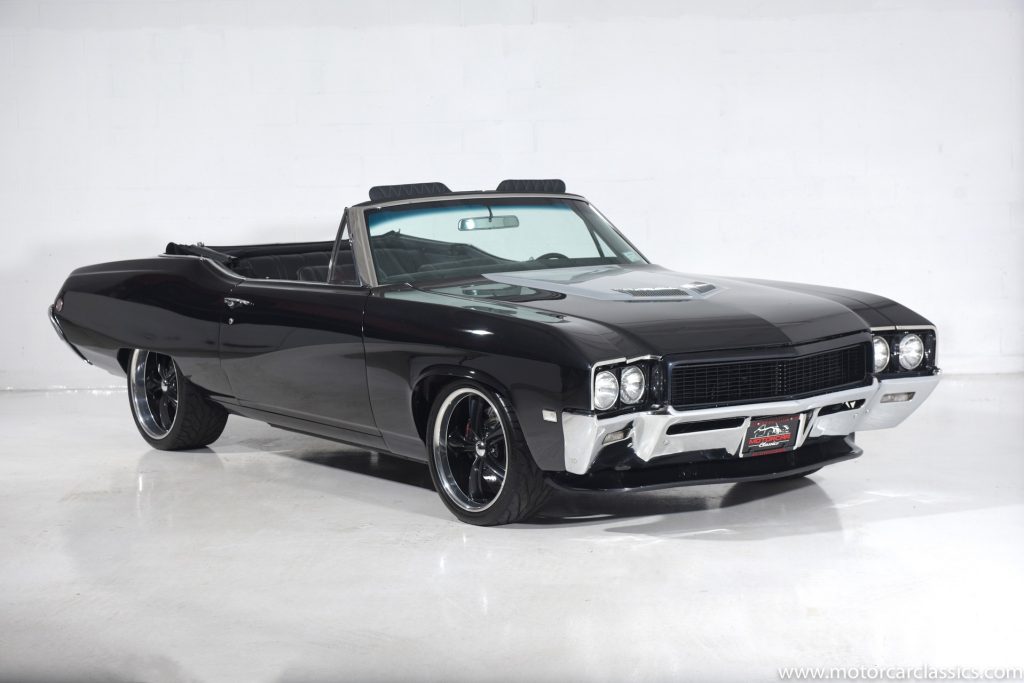 Although the chassis remained the same for the 1968 Buick Skylark, the body received a full redesign. The appearance was a semi-fastback design. New federally mandated safety features were incorporated including side marker lights, shoulder belts, and parking lights that came on with the headlights. The Skylark was produced in two different wheelbases, as was now the approach for all General Motors mid-sized cars. The two-door models rode on a 112-inch wheelbase, while the wheelbase for four-doors measured 116 inches. 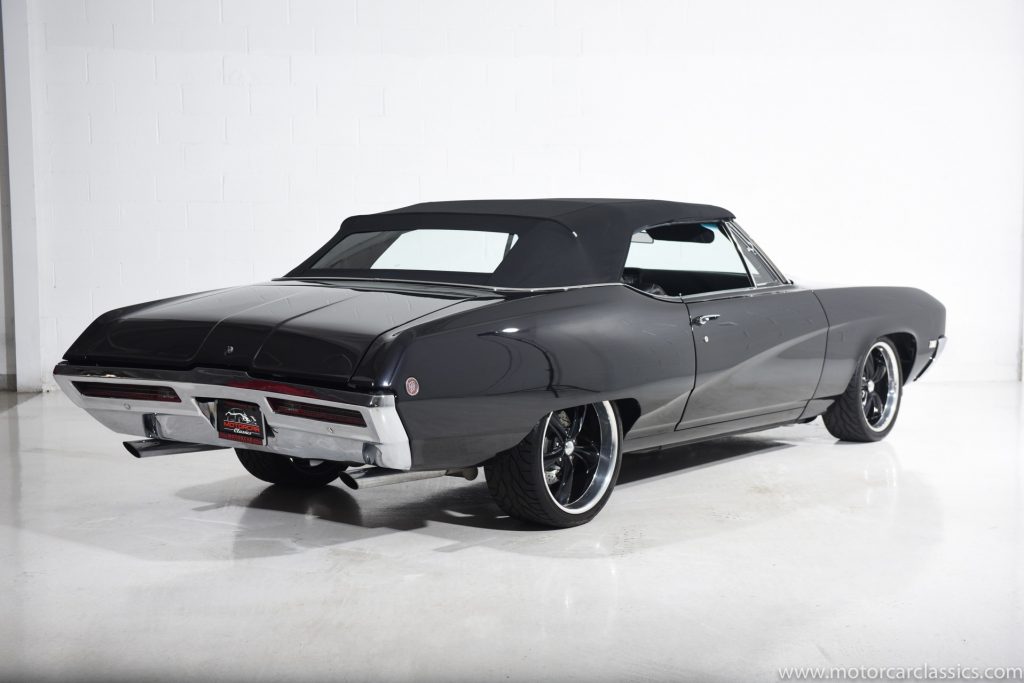 Our feature Buick Skylark convertible has been frame-off restored and customized with a more modern appearance. It has been done in a triple black color scheme, with a Porsche Basalt Black Metallic exterior, a black leather diamond tufted interior, and a black Haartz cloth convertible top. It is powered by a 350 cubic-inch Small Block V8, backed by a Turbo Hydramatic three speed automatic transmission sending power to a Chevy twelve-bolt Posi-Traction rear end with 3.55 gears. 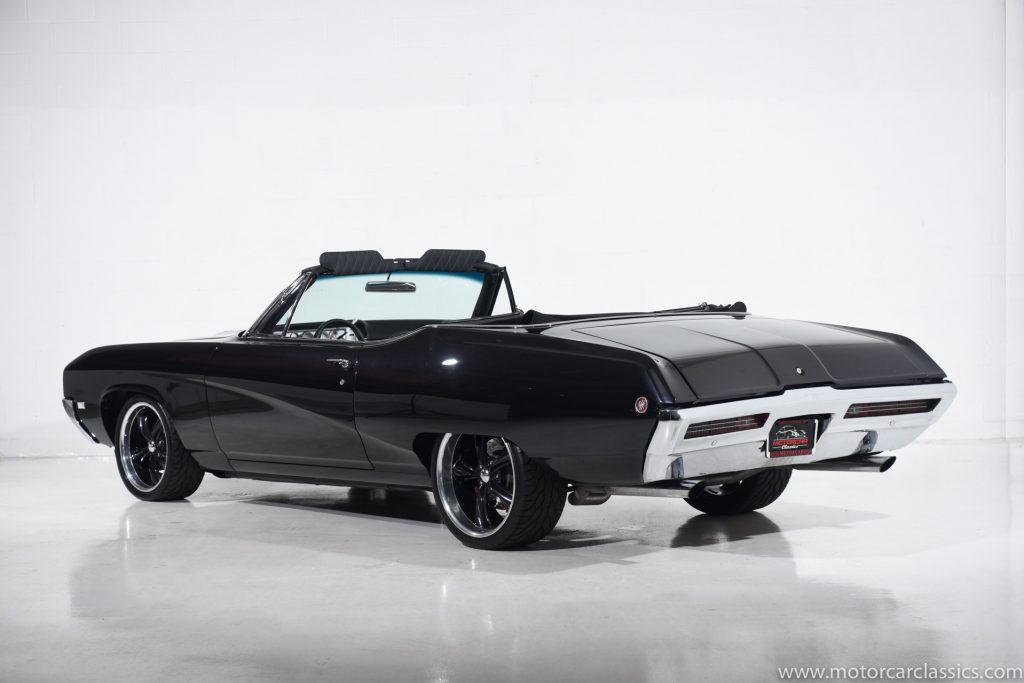 The Basalt Black Metallic paint presents well. Panel gaps are consistent, with little variation of note. Chrome bumpers have either been re-plated or replaced. Most of the trim has been deleted or painted black for a cleaner look. The hood bulge has been painted white. The suspension has been lowered and upgraded using Global West tubular upper and lower control arms, Hotchkis sway bars and suspension. Custom five-spoke wheels, eighteen inches in front and twenty inches in the rear, are wrapped in low profile rubber. Baer four-wheel discs can be seen through the wheels. 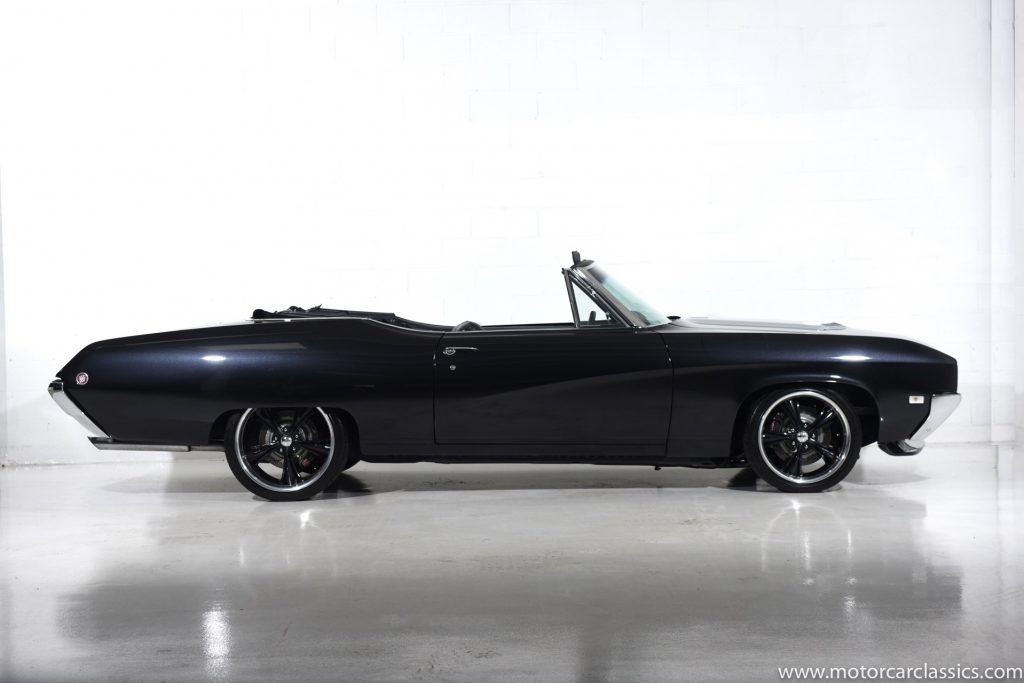 Inside the Buick Skylark, the seats have been covered in diamond pattern tufted leather with contrasting stitching. The instrument binnacle has been painted a bright metallic silver, and the factory gauges have been replaced by silver-faced Auto Meter Pro Comp units. A custom Grant sculpted three-spoke steering wheel has been fitted to the tilt column, and the column shift is a girder-style polished billet piece. An Alpine head unit has been fitted, and an MP3 cord protrudes from beneath the cupholder in the custom console. 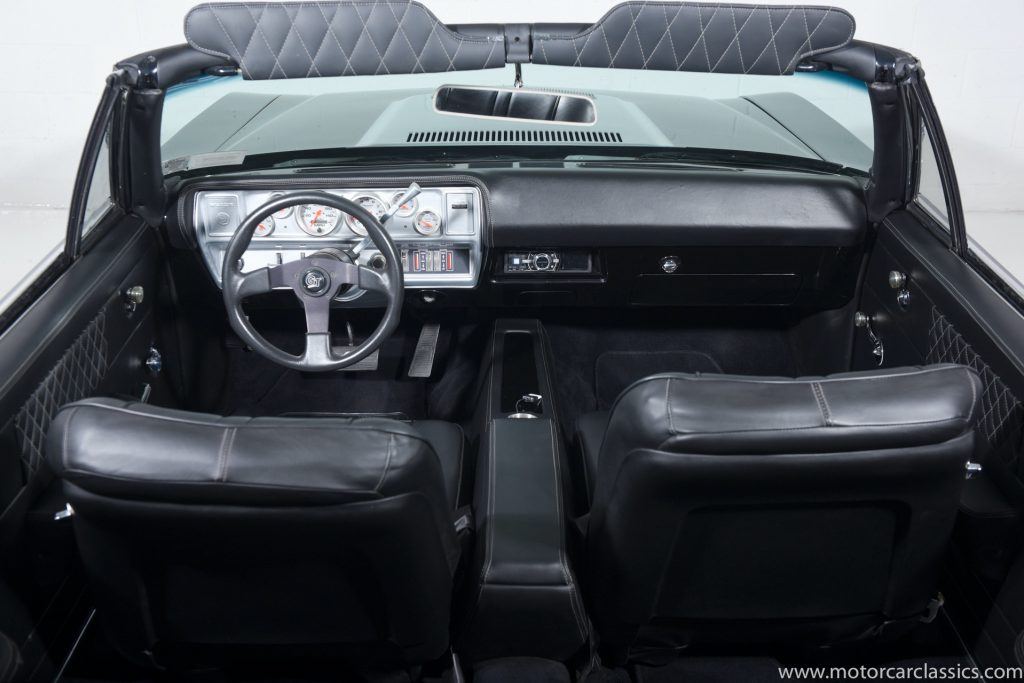 The Buick Skylark’s tidy engine compartment is home to the GM Small Block 350. Fenders and firewall have been painted in satin black. The air cleaner is traditional chrome, but the valve covers have been shot in the same shade as the rest of the engine bay. 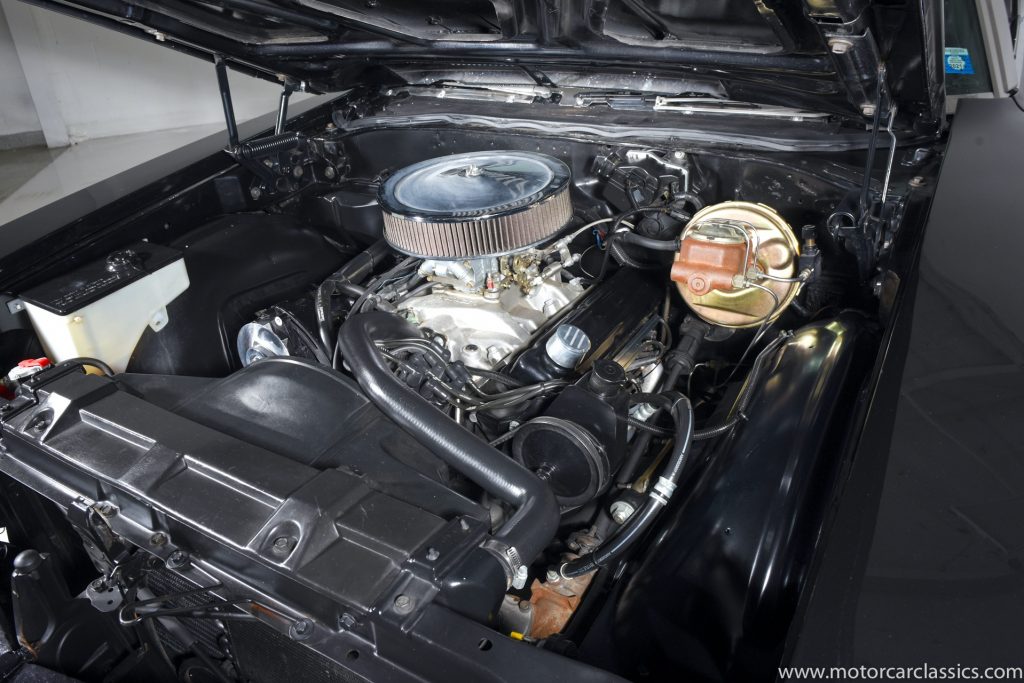 This decidedly dark 1968 Buick Skylark Convertible is offered by Motorcar Classics for $39,900. 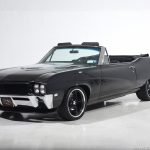 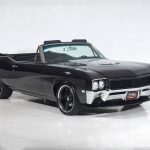 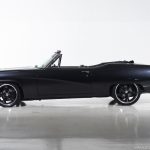 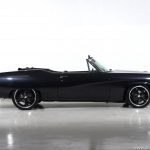 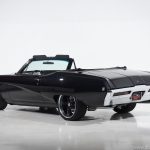 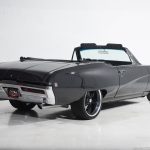 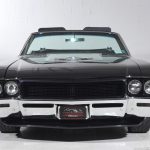 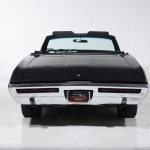 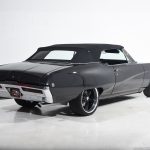 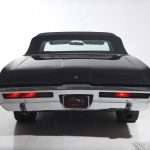 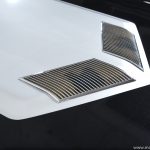 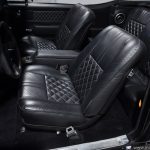 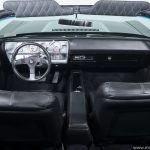 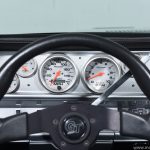 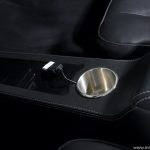 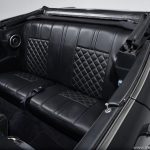 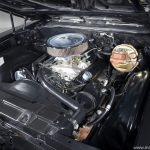 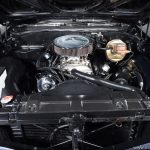