A modified 1969 Chevy Camaro has been listed for sale via online auction site Bring-A-Trailer, but despite its rather long list of aftermarket parts, this muscle coupe stays very true to its original form. 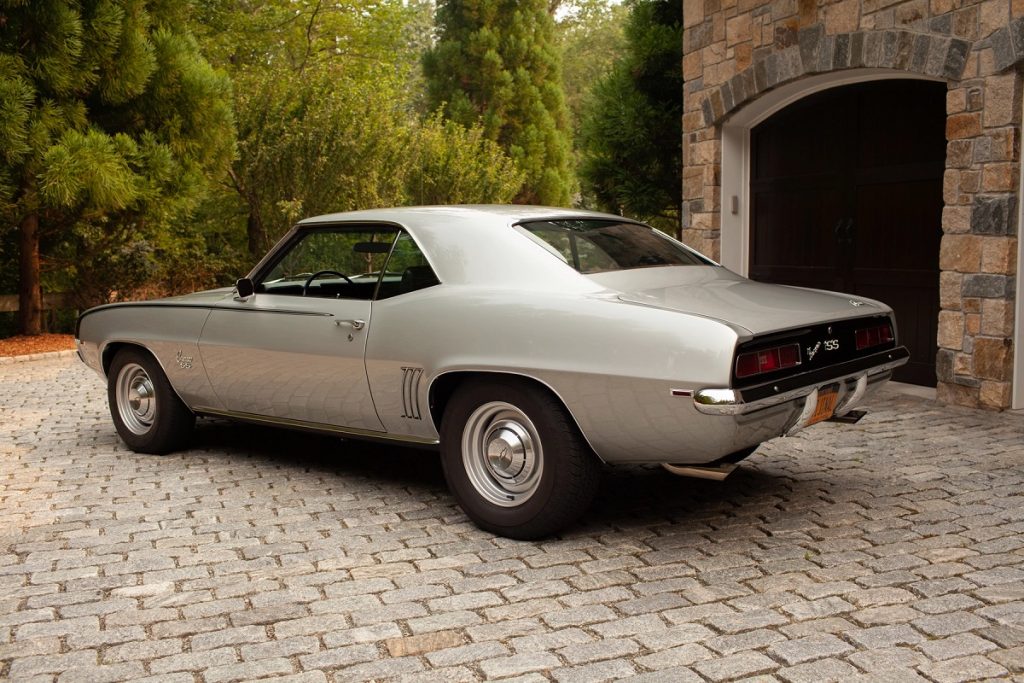 According to the listing, this tasteful 1969 Chevy Camaro SS was originally sold by Fischer Chevrolet of Rockford, Iowa. It was ordered in Cortez Silver with black hockey side stripes and with a black interior with woodgrain upholstery. The current owner purchased it in 2000 and had it fully restored shortly after. This no-expenses-spared restoration included a new coat of Cortex Silver paint, a reupholstered interior and the addition of silver-painted 15-inch steel wheels wear bowtie logo hubcaps. The seller says they will include the original SS-style wheels with the purchase. 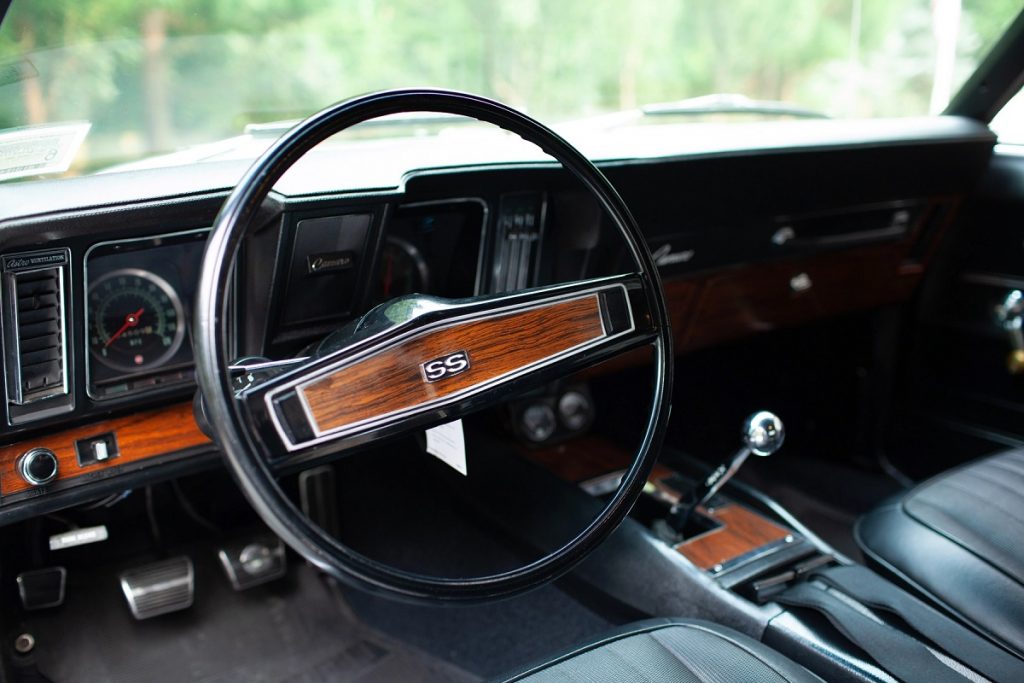 Under the hood sits a 427 cubic inch V8, which has been bored out to 454 cubic inches. Other powertrain upgrades include an aftermarket aluminum intake manifold, exhaust headers, polished valve covers and a new exhaust with dual bypass valves and Magnaflow mufflers. Power is sent to the rear wheels through a Tremec T5 five-speed manual transmission with a Hurst shifter and a Positraction 12-bolt rear end. The original, now removed 350 cubic inch L48 V8 engine and four-speed manual transmission are currently mounted together as a running display and will also be included with the sale. 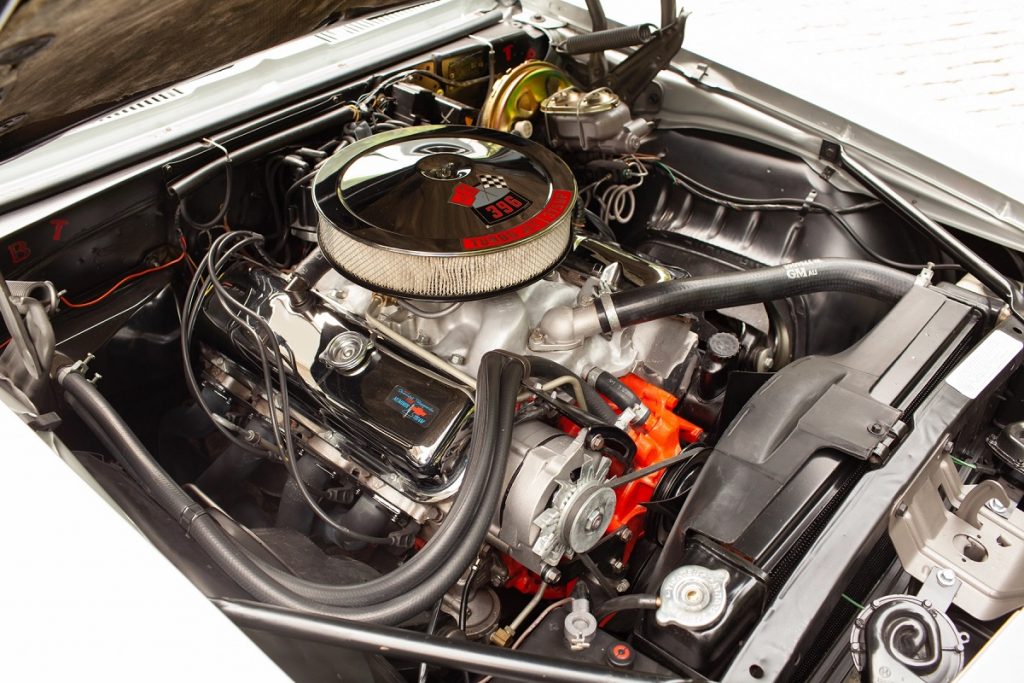 This car has attracted $52,000 worth of bids as of this writing, with four days left before the auction ends. The car is sold with a transferable New York registration and will also come with a Camaro Hi-Performance Certificate of Authenticity and a series of refurbishment photos. Check out the listing at this link for information and photos before the gavel falls on this sale next week.