This 2007 Chevy Silverado pickup was built to perform, and with a supercharged V8 throwing down more than 700 horsepower and a complete suspension rework, that’s exactly what it does, as demonstrated in the following video feature.

The video comes to us from AutotopiaLA, which made the trip to Long Beach, California to pay a visit to P2 Fabrication. While the shop has plenty of interesting rides on display, the star of this video is this pumped-up Chevy Silverado. 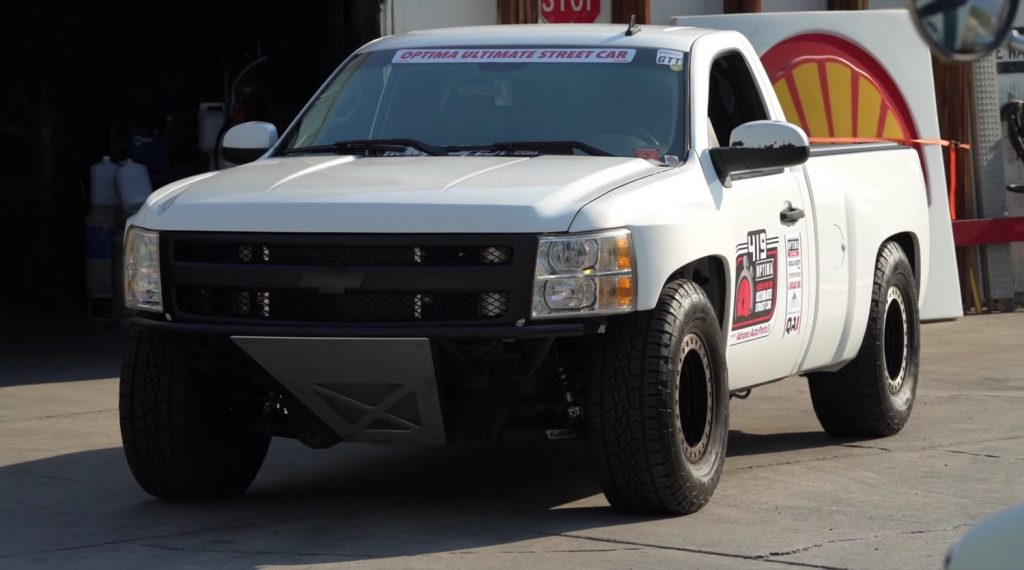 Inspired by stadium super trucks, prerunners, and other high-performing pickups, P2 Fabrication went to work to make sure this Chevy Silverado could turn and burn with the best of them. To that end, the Silvy was lowered on new Ridetech suspension, with a Sport Truck four-link setup, plus coilovers in back. Providing the traction is a set 35-inch rubber, specifically Continental’s Terrain Contact compound, which wraps a set of Procomp beadlock wheels. Funny enough, the factory calipers were retained, although the rotors were swapped with new drilled and slotted units from StopTech. 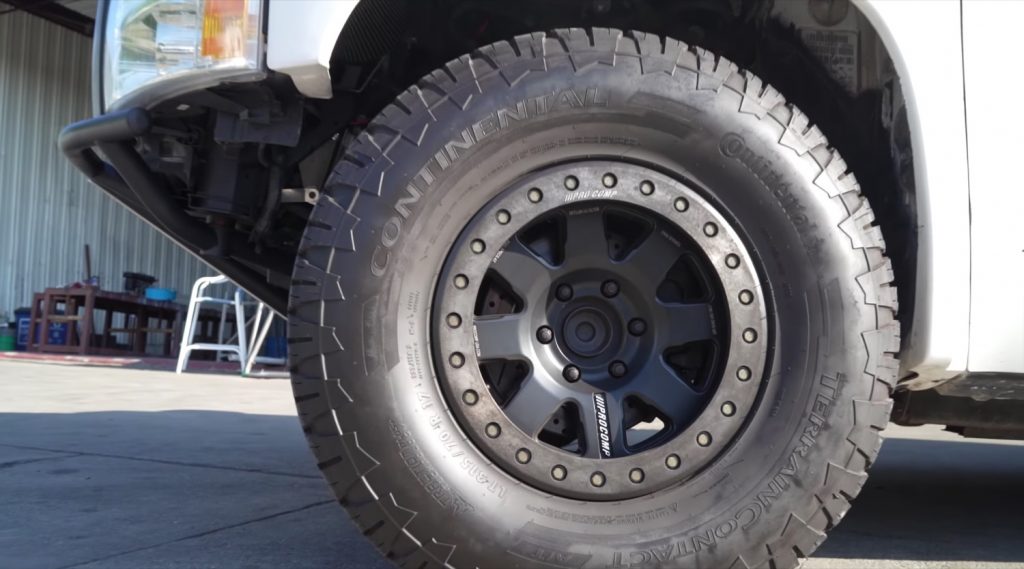 The big-ticket item can be found under the hood. Originally equipped with a naturally aspirated 5.3L V8, this Chevy Silverado is now rocking a GM B15 crate motor, which was fitted with an LSA supercharger to throw down 730 horsepower at the rear tires. The engine is also equipped with flex-fuel capability, running either E85 or 91. The engine mates to an off-roading-spec 4L80 transmission, and breathes through a custom stainless exhaust system. 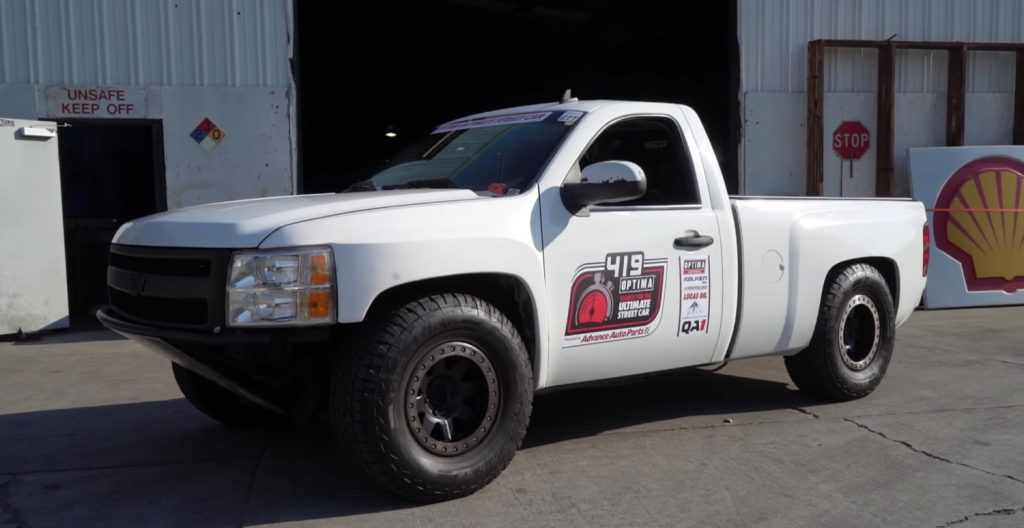 Outside, this Chevy Silverado announces its sporting intentions with a custom exterior, which includes a big bash plate up front, pumped-up fenders, and flat-black grille. The interior was modified with a new roll cage, as well as Sparco seats and harnesses, a new shifter, and a new radio.

All told, the setup does well, even grabbing third in the recent Optima Ultimate Street Car Challenge.