What is a COPO? The stuff of legend among Chevrolet performance aficionados, COPO stands for Central Office Production Order. Special options not specified for a particular car could be ordered through the COPO system. This allowed for vehicles to be built that would not normally exist. In many cases, a COPO was used to equip police cruisers, cabs, or other special-use vehicles. In the case of the Chevy COPO Camaro, it allowed higher performance parts to be used than were listed on the Camaro order sheet. GM had specified that F-Body cars (Camaros and Firebirds) could not be powered by engines exceeding 400 cubic inches. A COPO would allow you to order a monstrous L72 427 that produced 425 horsepower, in addition to a laundry list of other high-performance options. 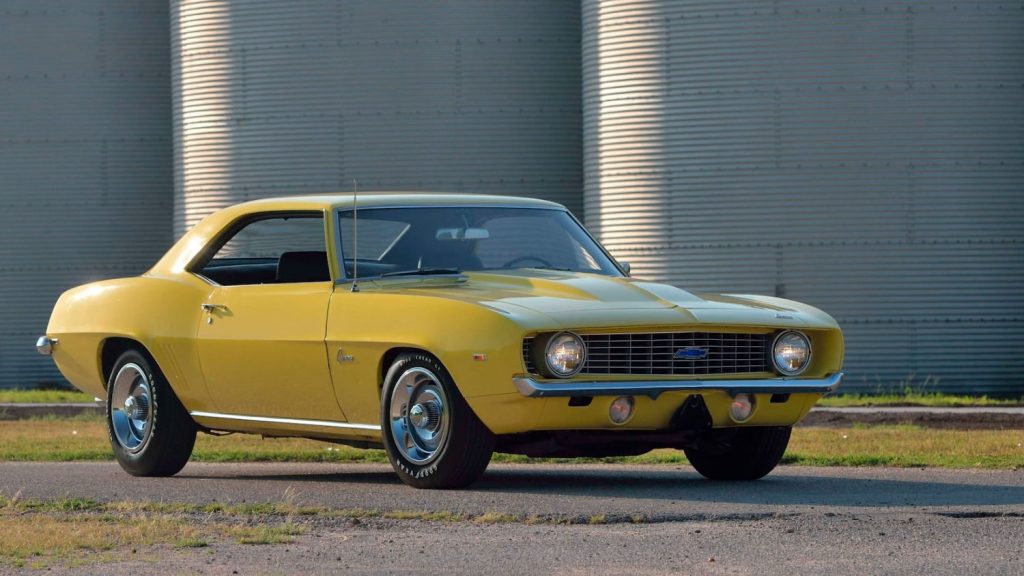 1969 marked the final year for Chevy COPO Camaros. As such, these are among the most desirable collector Camaros around. These rare cars had no outward indications of the positively beastly L72 427s hiding beneath their hoods. Many COPO Camaros were dressed so plainly, they looked like the economy version with the entry-level inline six. If you weren’t paying attention at the stoplight, when it turned green, you got stomped. 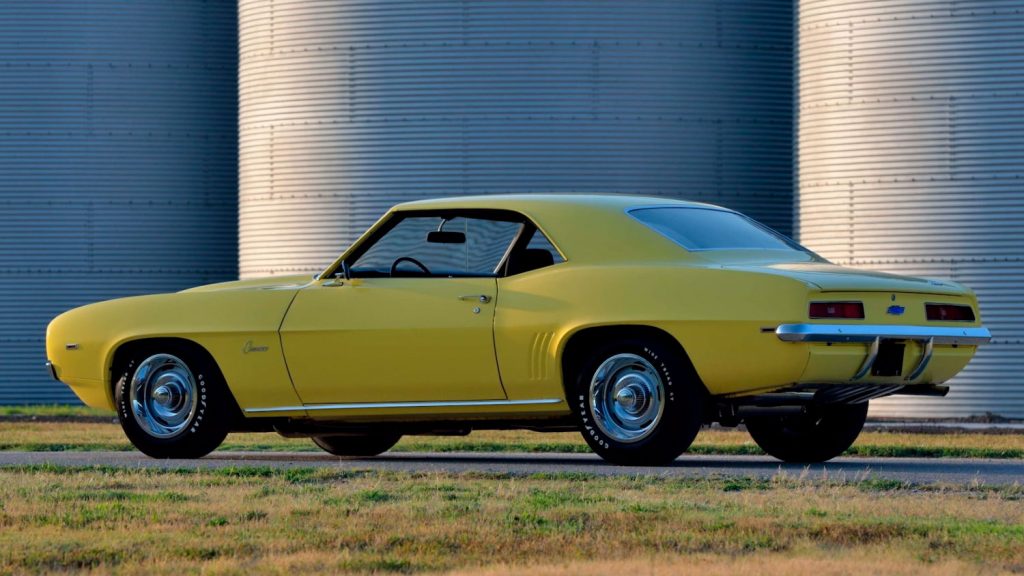 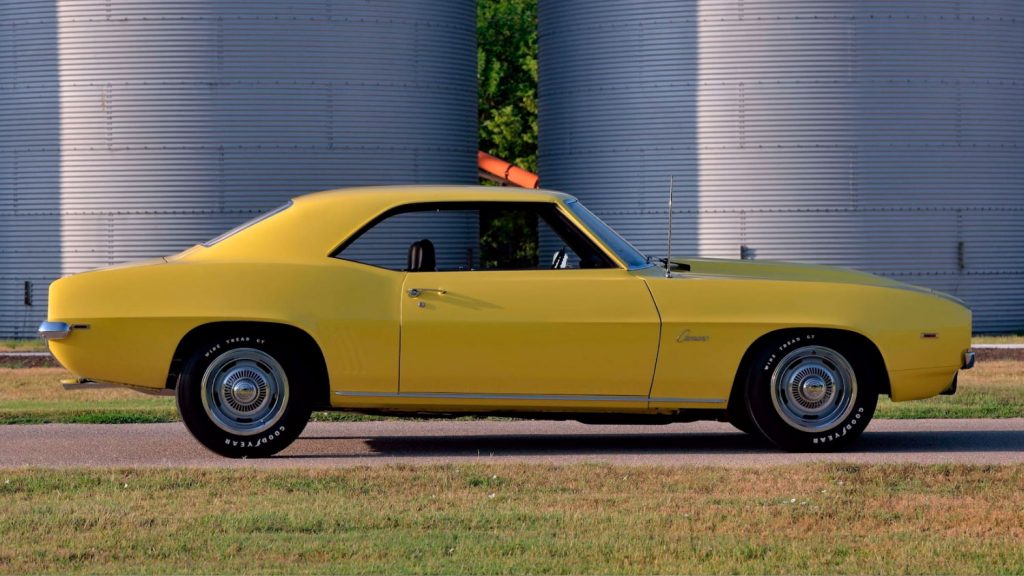 The phrase “time capsule” is thrown around loosely in the collector car world, but in the case of this 1969 Chevy COPO Camaro, it is quite accurate. The factory Daytona Yellow paint is still very shiny. There are some places it shows its age, but nowhere near what one would expect from a fifty-two-year-old car. The chrome is brilliant, as is the stainless steel trim, wheel trim rings and caps. Goodyear E70-15 Polyglas GT tires wrap the steel wheels (no word on if those are original, but it seems doubtful). The car is still perfectly presentable. 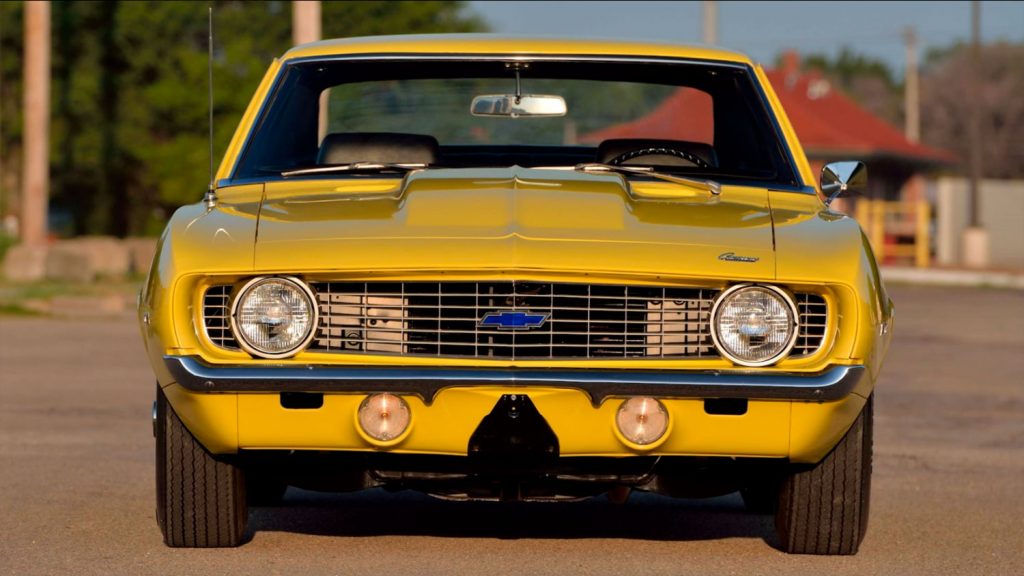 Inside the COPO Camaro, the original interior has held up beautifully. The carpets are still colorfast, the seats show no appreciable wear, and the steering wheel is not cracked. There is no patina on the Hurst chrome shifter. The pedals show little sign of use, as one would expect from a car that has travelled fewer than four thousand miles. 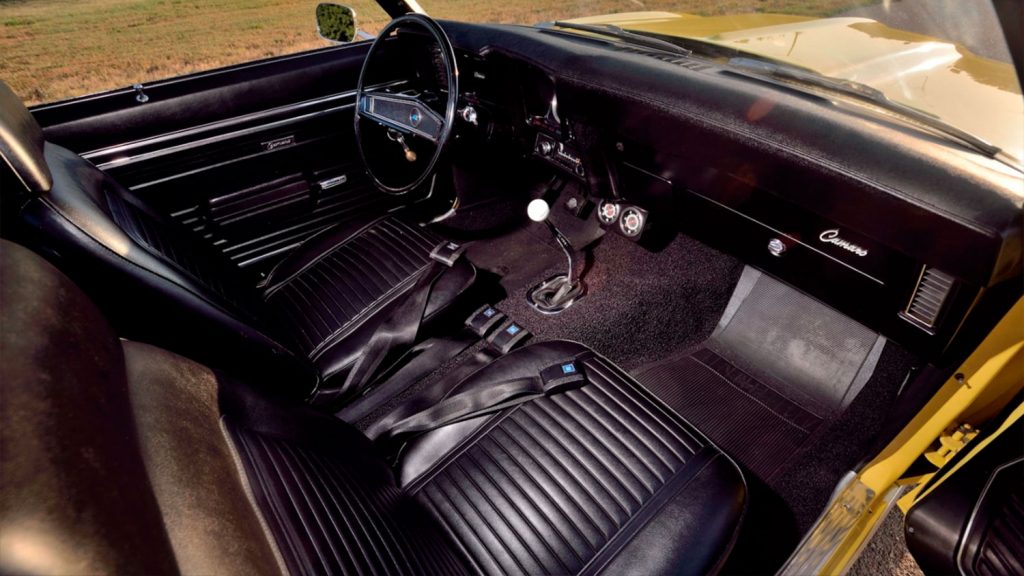 Under the hood of the COPO Camaro, the monstrous L72 427 Big Block resides in a tidy engine bay. There are myriad clues to the car’s originality, with factory tags, proper engine mounts, date codes, and other indicators present. The rubber collar that seals the air cleaner to the cowl induction hood looks factory fresh, with no crushing noted. A period-look battery (or battery cover over a modern battery) resides in the front passenger corner. 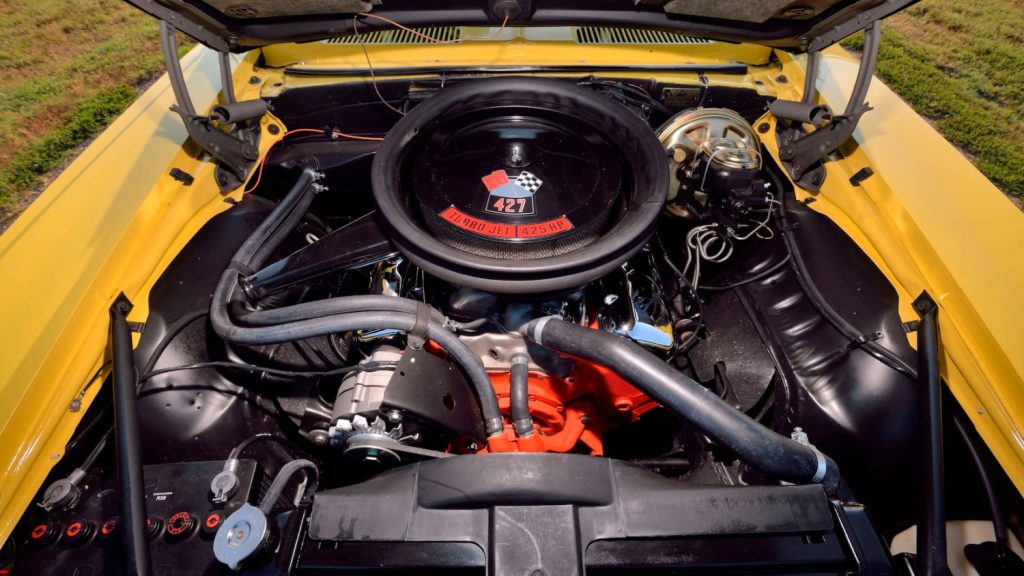 This may be the holy grail of COPO Camaros. Double COPO, highly original, low mileage, fantastic condition, long-term ownership with climate controlled storage all combine to make this one of the most desirable COPOs that has come to market in recent years. This remarkable Camaro will cross the auction block at the Mecum Auctions’ Dallas, Texas event September 8th-11th. 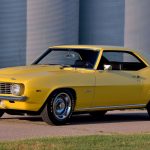 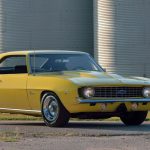 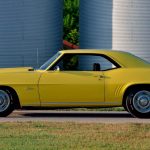 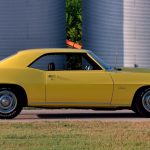 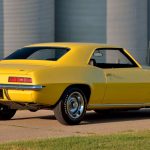 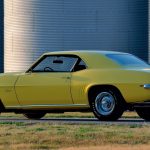 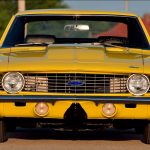 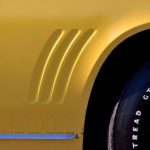 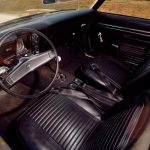 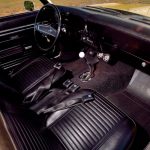 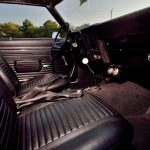 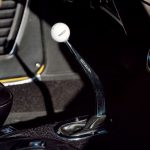 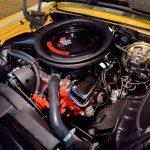 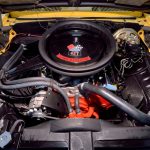 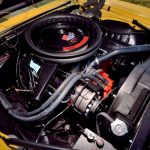