1960 marked a number of milestones for the Chevy Corvette. It was the first year that Corvette production exceeded ten thousand units, the first year aluminum radiators were available on higher horsepower engines, it was the last year of the heavy chrome teeth in the grille, and the final year of the rounded rear bodywork, as 1961 would introduce the more pointed look that would carry through the second-generation Mid-Year Corvettes. 1960 was also the first time Chevy Corvettes competed at the 24 Hours of LeMans. 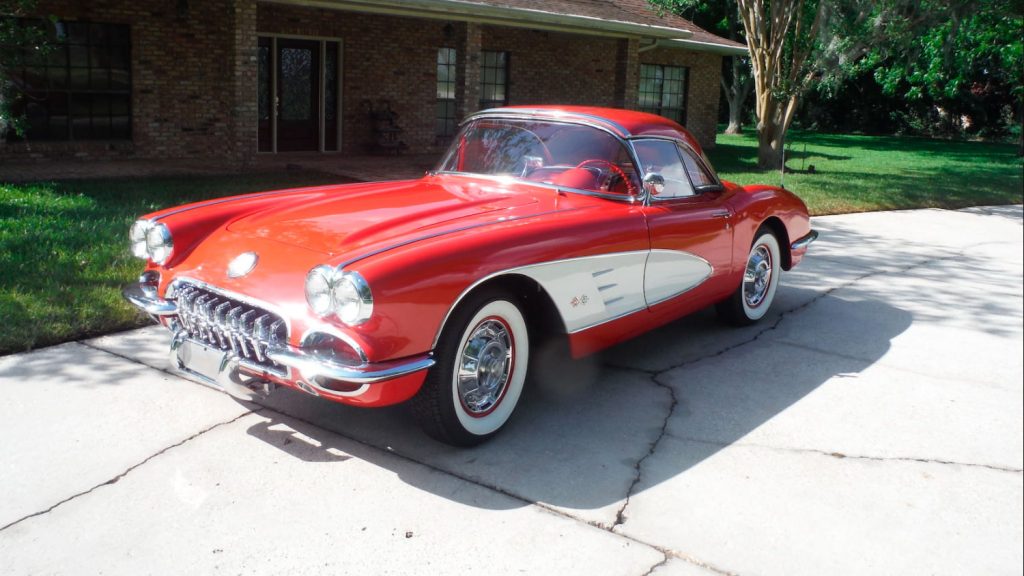 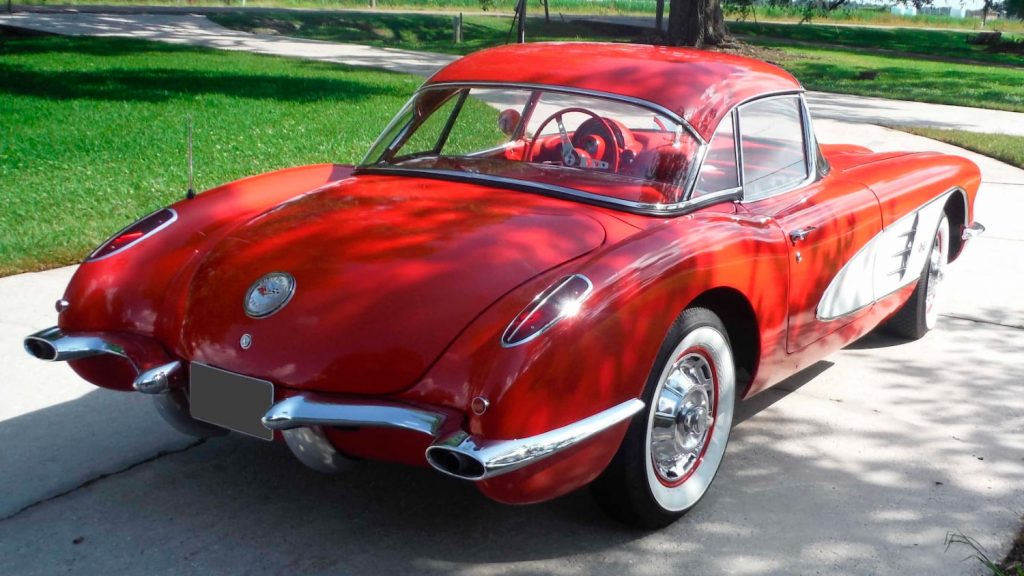 Our feature Chevy Corvette has been the subject of a two-and-a-half-year long rotisserie restoration, which was fully photo documented. It has been repainted in PPG Roman Red with Ermine White coves. It is equipped with a period-correct 283 Small Block with dual Carter four-barrel carbs producing 270 horsepower. Power moves to the tires through the original four-speed manual transmission and Positraction rear end. This Chevy Corvette is equipped with a Wonderbar AM radio, auxiliary hard top, courtesy lights, and heater. 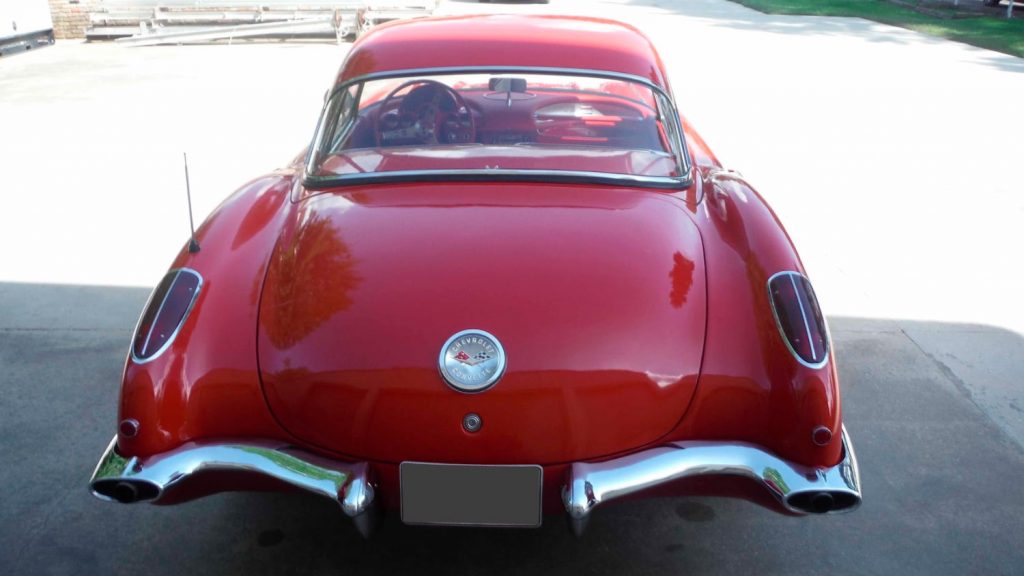 Having covered just fifty miles since the restoration, everything on this Chevy Corvette presents as new. The Roman Red/Ermine White combination is beautifully striking, particularly with the wide whitewall radials that wrap the painted steel wheels. The chrome has been re-plated and all stainless trim highly polished. Panel gaps are consistent, and the weatherstrip is new. The hardtop has been restored by noted experts Glassworks. 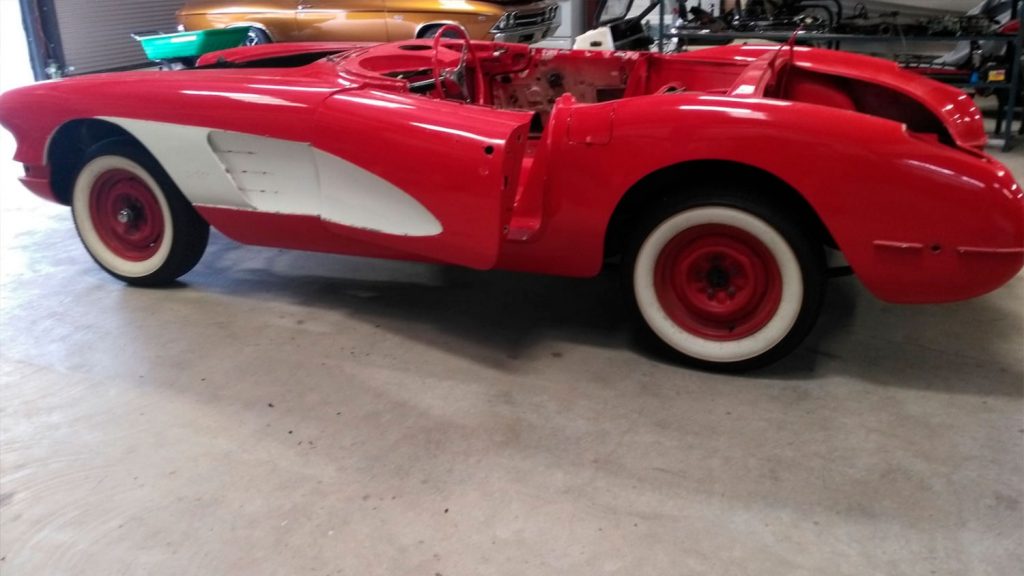 Inside this Chevy Corvette, everything is showroom fresh. The seats have been recovered in correct red vinyl, and the red and black loop carpet looks great. All interior chrome and stainless gleam in the sunlight. The steering wheel is free from cracks, likely having been restored or replaced. The horn button shows light patina, a common occurrence on these cars. 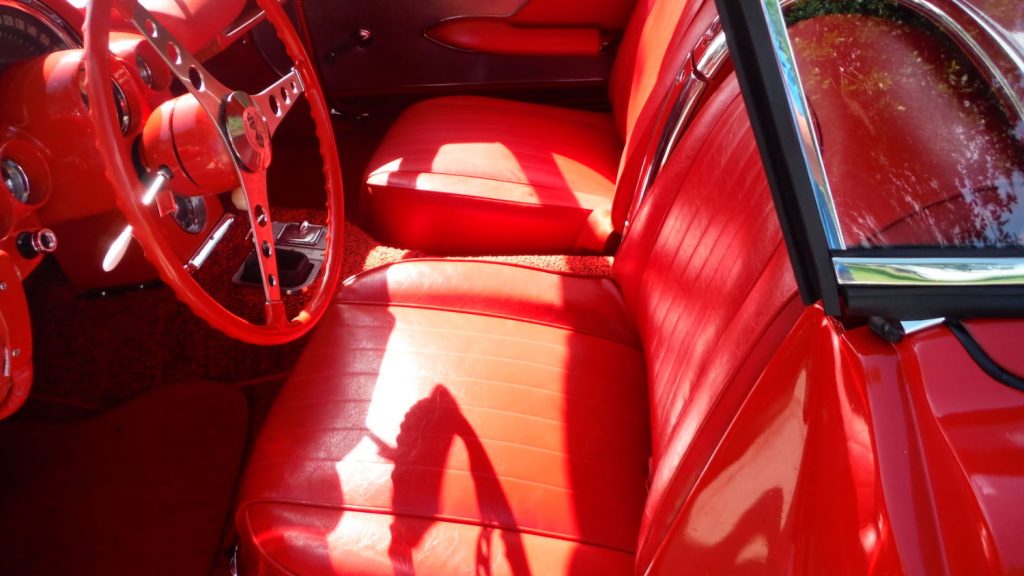 Under the hood of this Chevy Corvette resides the potent 283 cubic-inch Small Block. The engine bay is largely correct and reasonably clean. 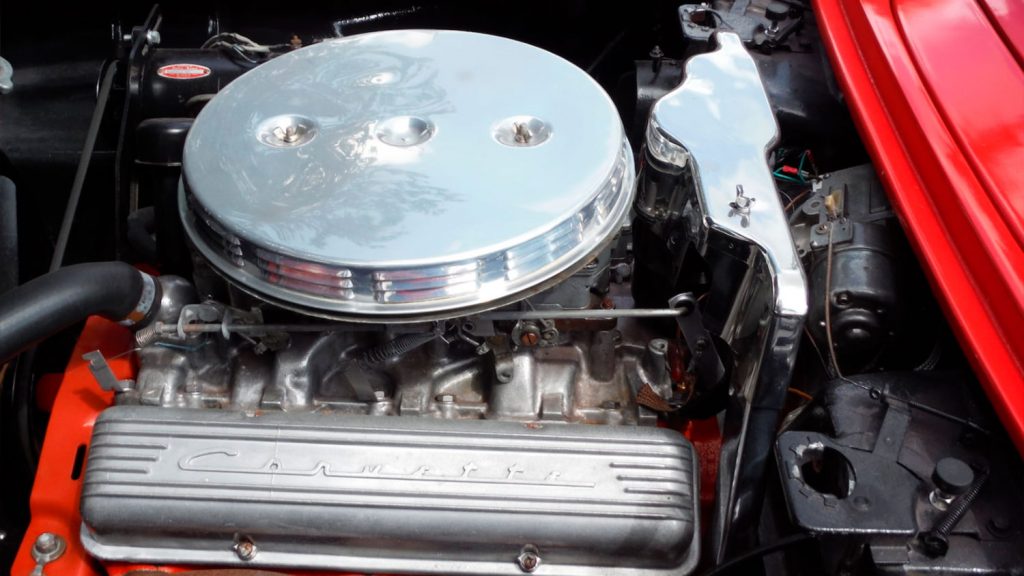 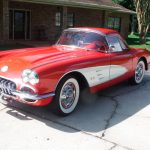 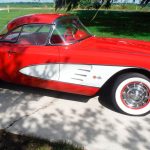 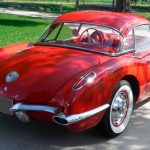 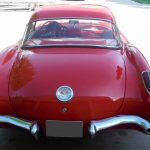 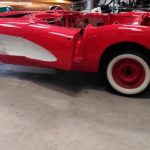 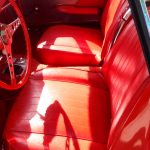 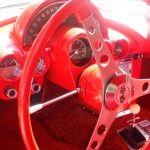 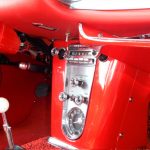 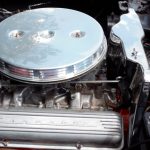