The upcoming 2022 Chevy Silverado refresh will introduce a range of changes and updates over the preceding 2021 model year, and now, we’re getting an early sneak peek with these spy photos capturing a 2022 Silverado LTZ undergoing testing on public roads. 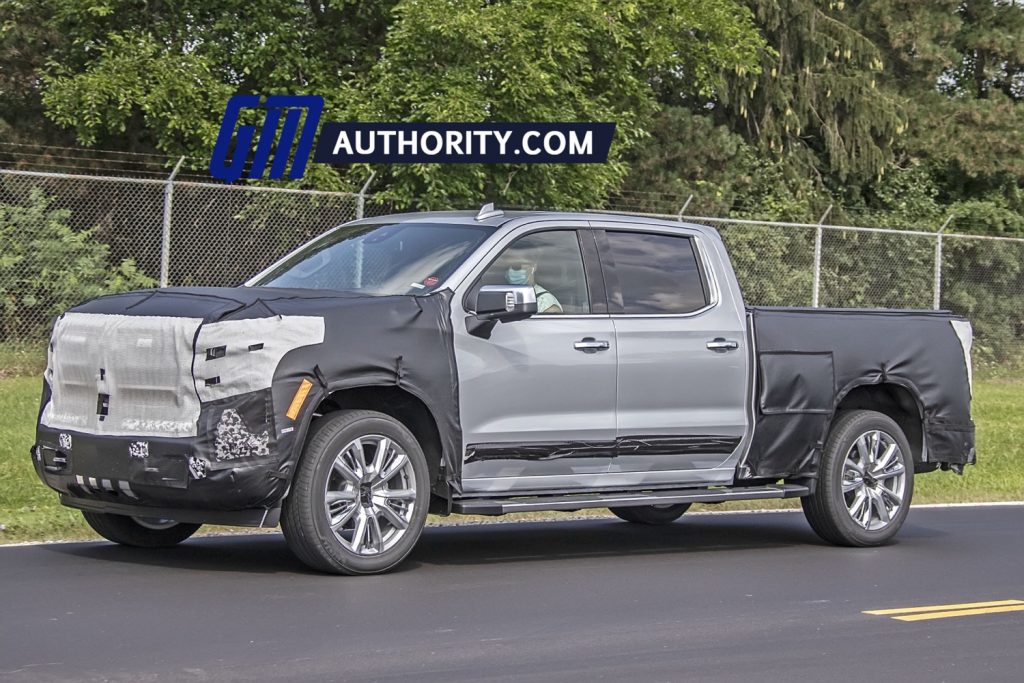 Up front, we see the refreshed 2022 Silverado’s front fascia covered in heavy camouflage hiding the upcoming model’s revised styling elements. As GM Authority has covered in the past, the refreshed 2022 Chevy Silverado will delete the somewhat controversial “sideburn” air curtains seen on the current model. Silverado fans eager to see the new front end prior to the debut can do so by checking out GM Authority’s previous coverage of a leaked design image that reveals the new pickup’s fascia. 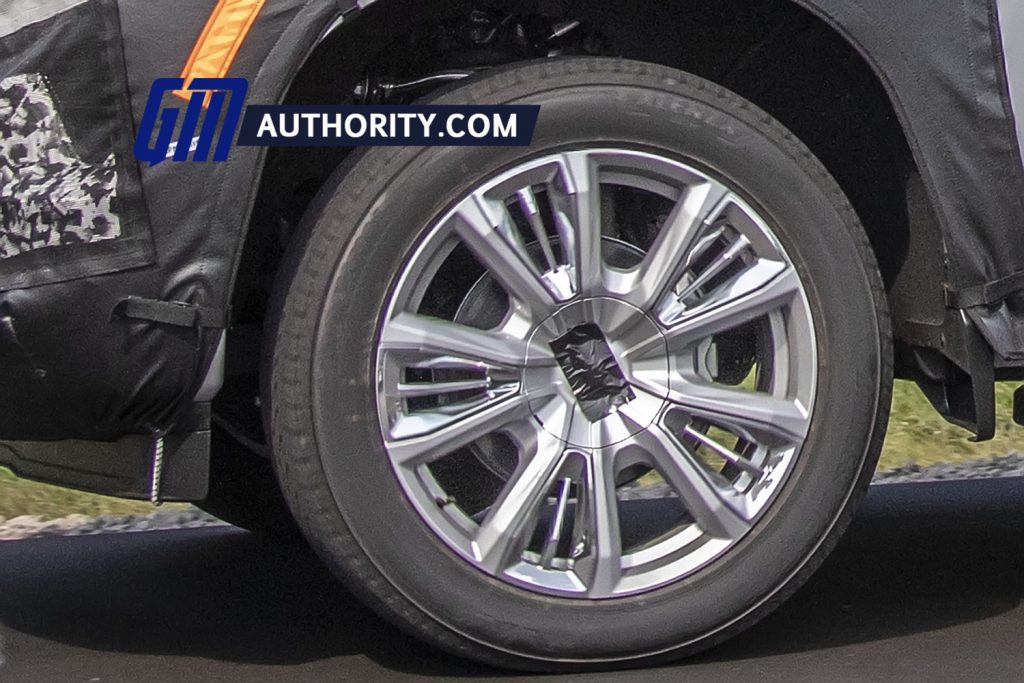 Also notable in these new spy photos are the 2022 Silverado prototype’s wheels. These particular rollers appear to have a new open-five-spoke design that fans out from a rounded center, with multiple styling elements adding some flair to the look. The new 2022 Chevy Silverado wheel design includes chrome accents that work well with the polished bits seen elsewhere on the body, such as the door handles  and the window trim. 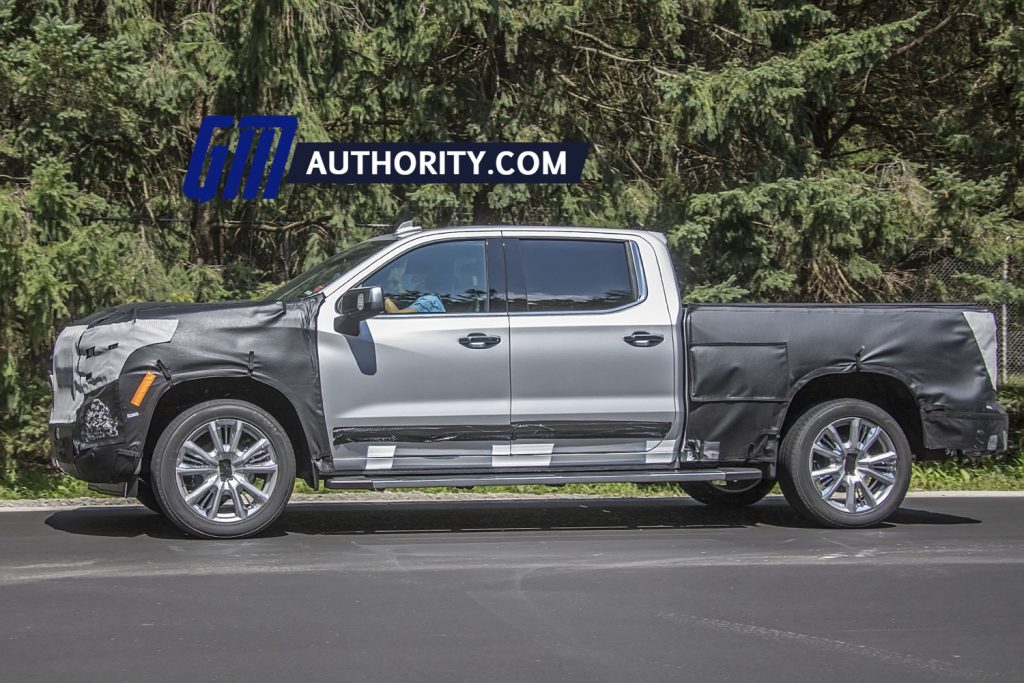 Pulling back, we also sot black tape covering up the lower body panels in the flanks, suggesting that the 2022 Chevy Silverado LTZ will also come with some sort of new trim detailing along the lower edges of the doors. 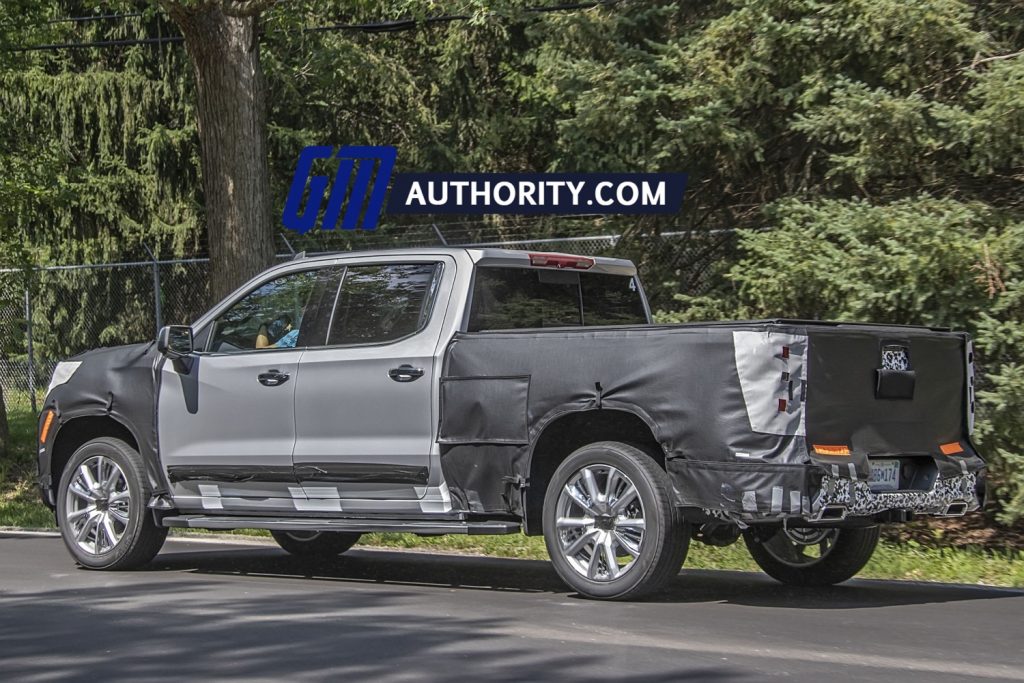 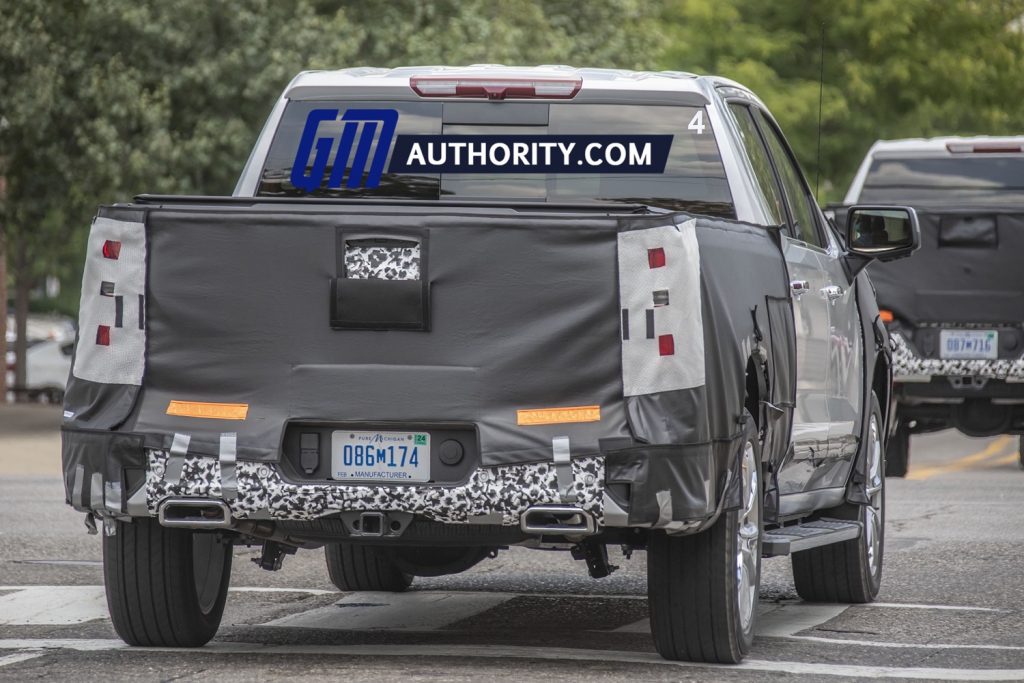 The fully refreshed 2022 Chevy Silverado is slated to make its grand entrance next month on September 9th at 4 p.m. EST, as revealed by GM Authority earlier this month. 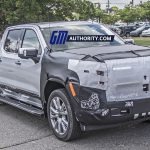 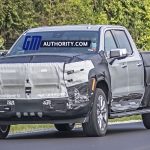 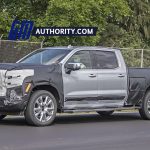 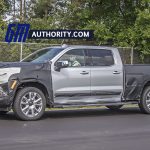 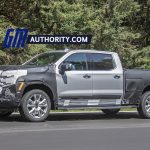 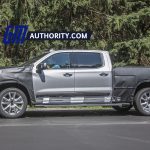 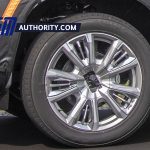 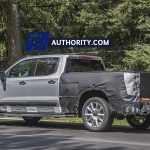 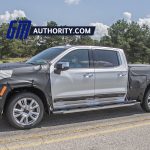 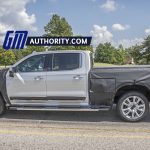 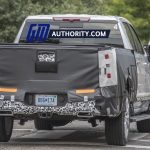