The Hurst/Olds debuted in 1968 as a performance variant of the Olds Cutlass, but with a unique Peruvian Silver and Black paint scheme. The original Hurst/Olds was powered by 390-horsepower Rocket 455 V8. At that time, equipping the intermediate-size Cutlass with a 455 cubic-inch engine flew directly in the face of General Motors corporate policy, but Oldsmobile skirted that limitation by stating Hurst installed the engine in the car, not Olds. 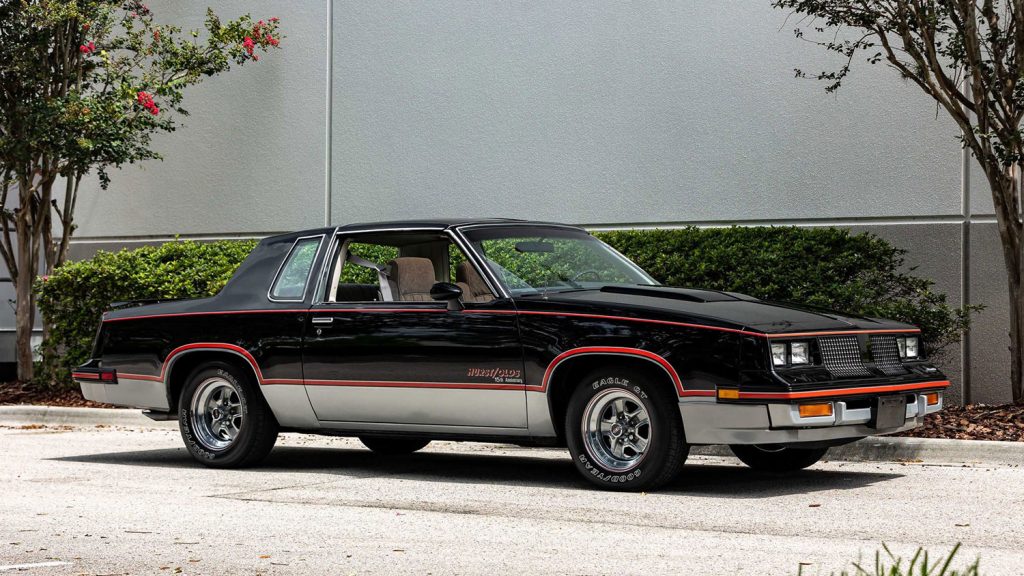 Different versions of the Hurst/Olds were built from 1968 to 1975, but always on the Cutlass platform. The Hurst/Olds took a hiatus until 1979 when it returned on the now-downsized Cutlass. The 1979 Hurst/Olds was available in either a black and gold or white and gold paint scheme. The Hurst/Olds would only stick around for a year, not to return until 1983.

The 1983 model year marked the 15th anniversary of the Hurst/Olds. The model returned with a new black and silver paint scheme accented by red and silver pinstripes. Fifteen-inch chrome wheels wore raised white-letter Goodyear Eagle GT tires. The hood featured a power bulge, and the rear deck lid had a spoiler affixed. The engine was dressed with a chrome air cleaner lid and true dual exhaust. The interior was available in either Dark Maple or Light Gray (the Light Gray is rare), and either vinyl or crushed velour. 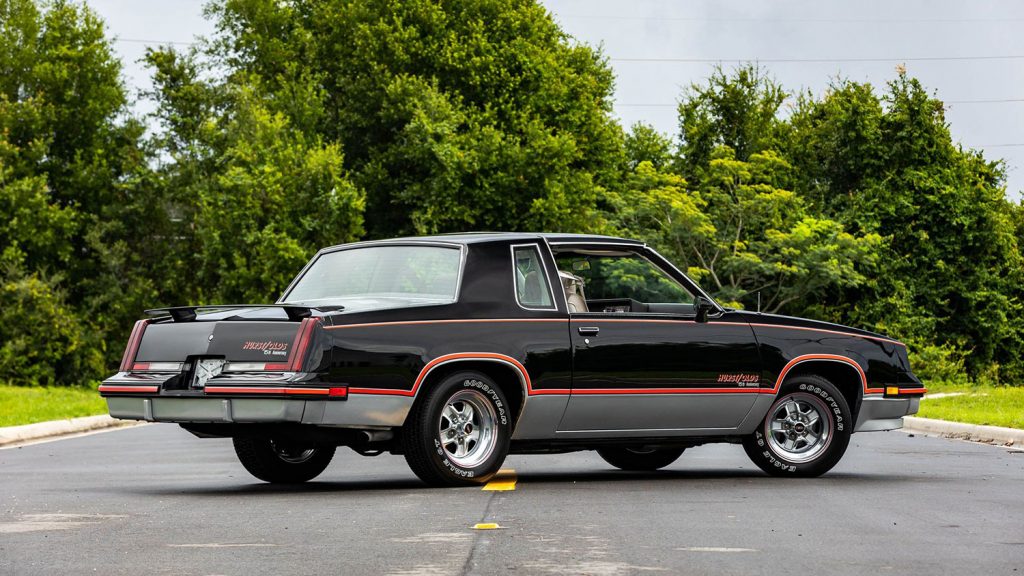 Powering the ’83 Hurst/Olds was a 307 cubic-inch Olds V8 producing 180 horsepower and 245 pound-feet of torque, fed by a single four-barrel carburetor, and backed by a Turbo Hydramatic 200-4R four-speed automatic transmission with Hurst’s signature three-stick Lightning Rods shifter. In their road test of the 1983 Hurst/Olds, Car and Driver magazine achieved an 8.8-second zero-to-60 miles per hour time, with the quarter mile going by in 16.7 seconds, and a top speed of 109 mph. Not overly impressive, but decent enough for a Malaise Era offering. 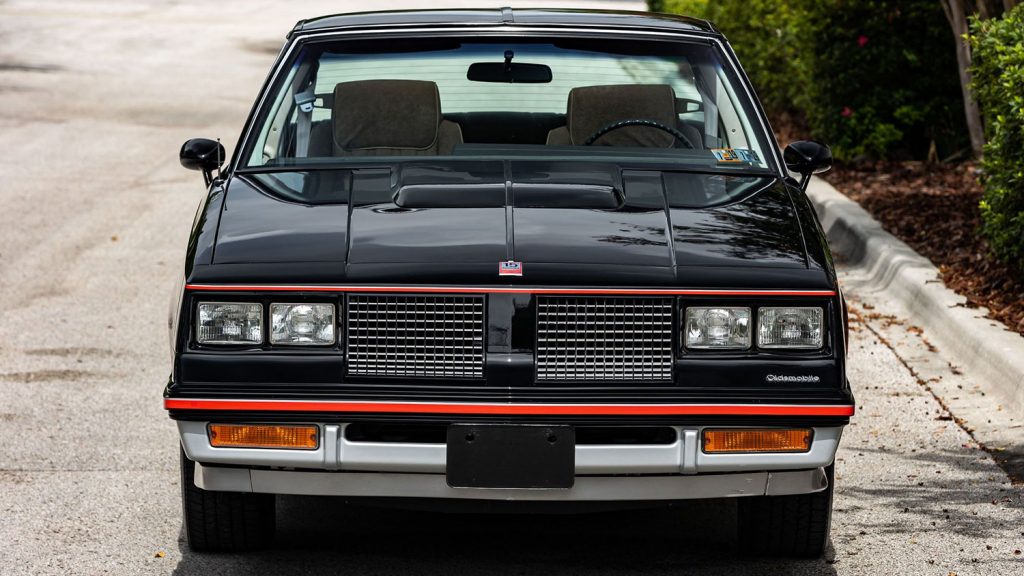 Only 3,001 15th Anniversary Hurst/Olds were built. The original figure was to be 2,500, but consumer demand drove additional production.

Our feature 1983 Oldsmobile Hurst/Olds has covered just under twelve thousand miles in its lifetime. It is in excellent original condition, with a showroom glossy exterior finish. The brightwork on the car’s exterior is limited to the stainless trim around the windows and T-Tops and the chrome factory wheels, all of which appears to be highly polished. 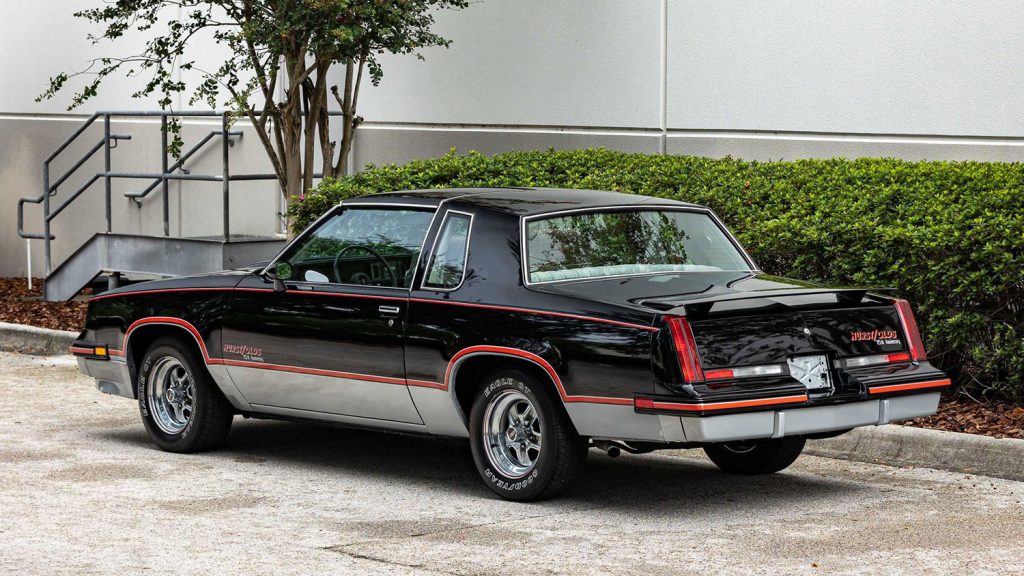 Inside the Hurst/Olds is finished in the rare Light Gray crushed velour cloth. Aside from some minor wrinkling in the back seat, the interior looks factory fresh. The chrome Hurst Lightning Rod shifters catch the eye and inspire thoughts of hooligan behavior. 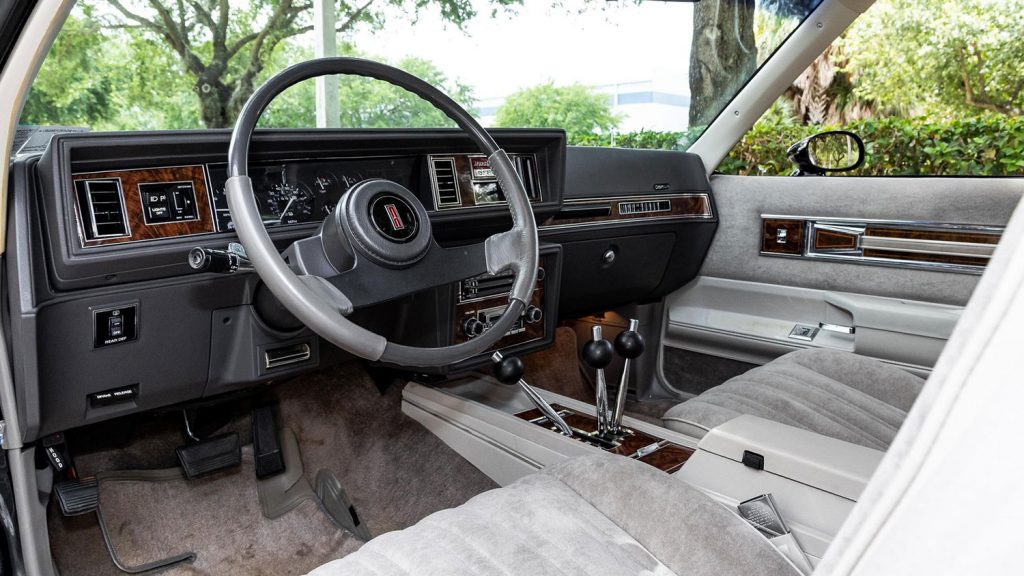 The 1983 Hurst/Olds’ engine bay is highly detailed and looks to be largely original. Aside from a more modern battery, it would be difficult to differentiate from new. 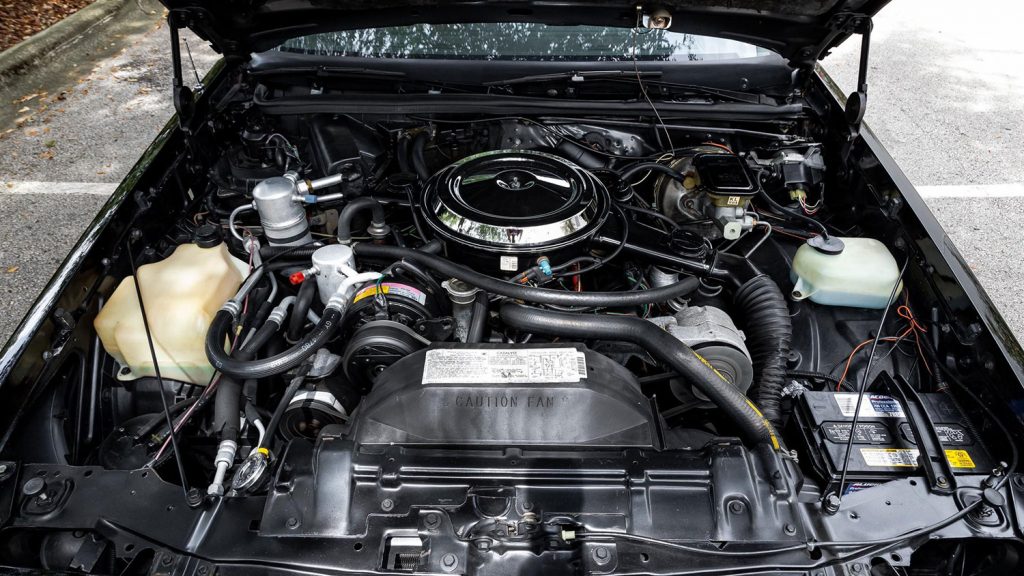 Inside the Hurst/Olds’ trunk is the same new condition found throughout the rest of the car. There are no signs the trunk has ever been used to haul anything aside from the spare tire, T-top bags, and car cover that reside there. 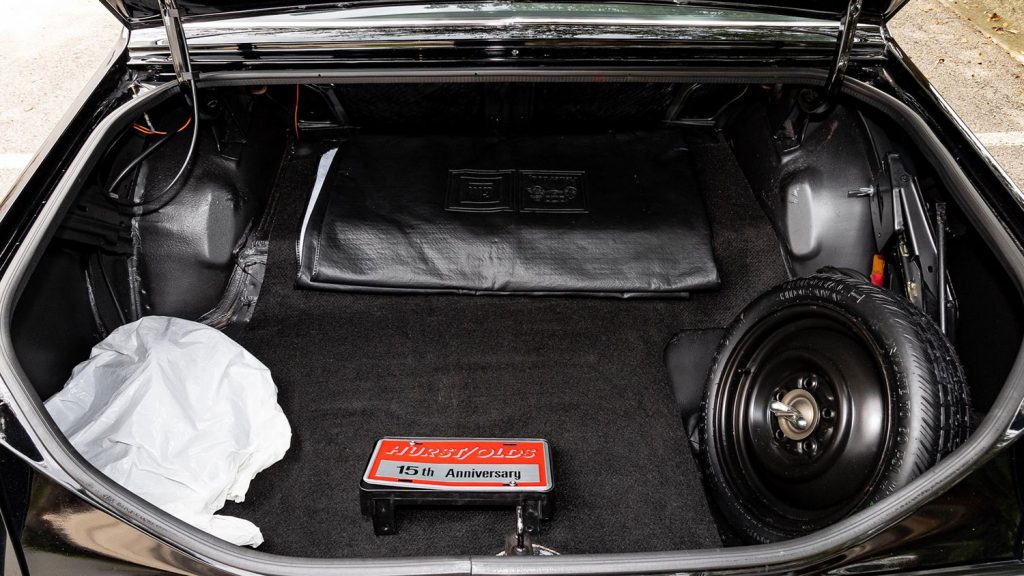 This outstanding 1983 Hurst/Olds is being offered by Orlando Classic Cars for $39,900. 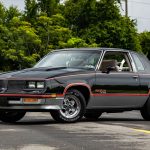 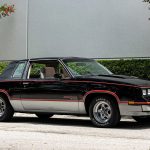 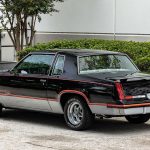 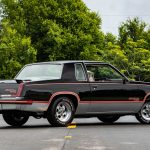 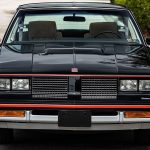 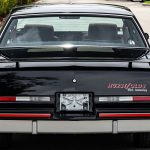 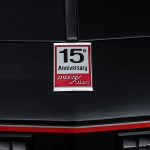 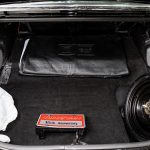 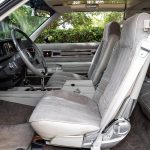 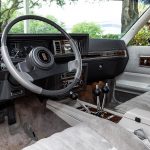 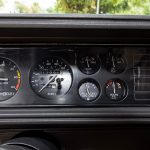 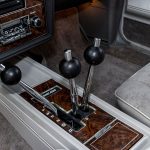 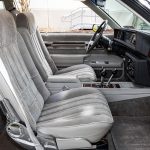 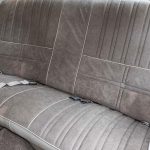 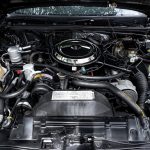