For those out of the loop, Ford unveiled the 2022 Ford Maverick in June as a new compact pickup model starting around $19,995, equipped with a standard 2.5L four-cylinder hybrid powerplant rated at 191 horsepower and 155 pound-feet of torque. For the moment, General Motors does not offer a compact Chevy pickup to rival the Ford Maverick, which leads us to ask – should it? 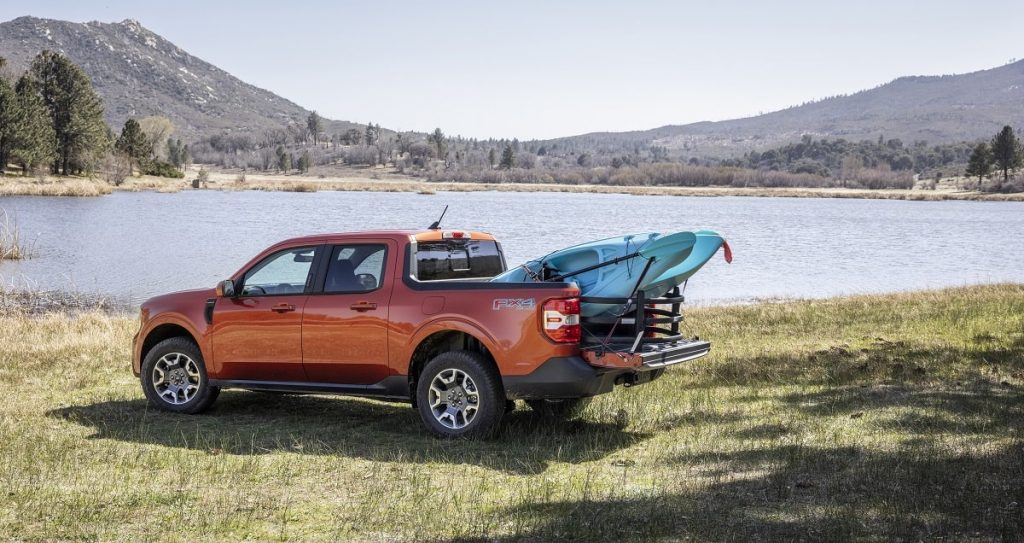 As reported by our sister publication, Ford Authority, Ford has accumulated some 80,000 reservations for the new Maverick, suggesting that there is undoubtedly demand for such a model in the U.S. So then, if GM did offer a compact Chevy pickup to rival the new Maverick, what might it look like?

For starters, it would have a unibody construction, rather than a body-on-frame construction. This hypothetical compact Chevy pickup would also slot in underneath the Chevy Colorado and GMC Canyon in GM’s vehicle lineup, given the Colorado and Canyon’s designation as midsize offerings.

Then there’s the price. With the Maverick starting at $19,995, we imagine a rival from Chevy to slot in around the $20,000 mark as well. Indeed, there’s room in Chevy’s lineup for exactly that, with the 2021 Chevy Colorado starting at $25,200, and the 2021 GMC Canyon starting at $26,800. Throw an extra $5,000 or so on top, and you’re looking at the starting prices for GM’s full-size models, the Chevy Silverado 1500 and GMC Sierra 1500, which means this hypothetical compact Chevy pickup would round out the lineup nicely.

For the moment, General Motors is indeed working on a next-generation compact pickup, namely the new Chevy Montana. Interestingly, the new Montana will run a unibody construction, and is based on the GM GEM (Global Emerging Markets) platform. GM says the new Montana will redefine the nameplate’s legacy, with several teasers released to hype the pickup’s imminent arrival. Production of the previous second-generation model ended in Brazil back in May.

While this all lines up nicely, GM currently has no plans to offer the next-gen Montana in the U.S. or Canada. Rather, the pickup will only be sold in Mexico and South America.

So then, we’re left with the same question as before – should GM offer a compact Chevy pickup to rival the Ford Maverick in the U.S.?

Let us know by voting in the poll below, and make sure to subscribe to GM Authority for more GM competition news, Chevrolet Montana, Chevrolet news, and around-the-clock General Motors news coverage.